you are here: if it's hip, it's here » electric bikes

A tailor-made bike designed by Pininfarina and realized by 43 Milano. The name – referring to the custom-built high-performance exclusive cars – the Pininfarina Fuoriserie is a custom limited edition bike with unique features. END_OF_DOCUMENT_TOKEN_TO_BE_REPLACED

The new Gi FlyBike (initially named the Gi Bike) is a full-sized folding electric bike with wireless smartphone integration. Weighing only 37lbs and made from 100% recyclable aircraft grade aluminum alloy, the bike is loaded with features, looks futuristic and comes with its own GPS system and USB port for both Android and iOS phones. END_OF_DOCUMENT_TOKEN_TO_BE_REPLACED

Designed by Factor for Aston Martin, the new limited edition luxury super cycle will only be produced in 77 units. Available in 7 sexy color options, the bicycle is equipped with an electronic touchscreen, Tufo Hi-Composite Carbon Tubular tires and a carbon fiber frame and handlebars. Full specs are at the end of this post. END_OF_DOCUMENT_TOKEN_TO_BE_REPLACED

The Lexus Hybrid Bicycle is a design concept from the automotive brand with an electric eight-speed transmission and lightweight carbon fibre construction. END_OF_DOCUMENT_TOKEN_TO_BE_REPLACED 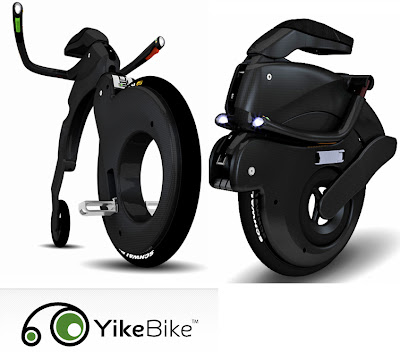 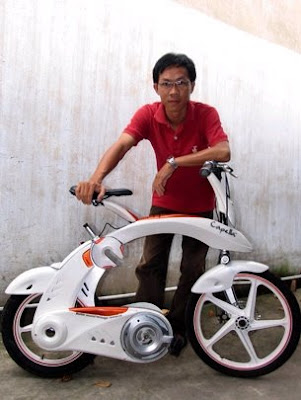 Capella, as Truong Minh Nhat calls his creation, is an electric bike made with light composites that the Ho Chi Minh City University of Architecture student says can be folded and put into a backpack. END_OF_DOCUMENT_TOKEN_TO_BE_REPLACED