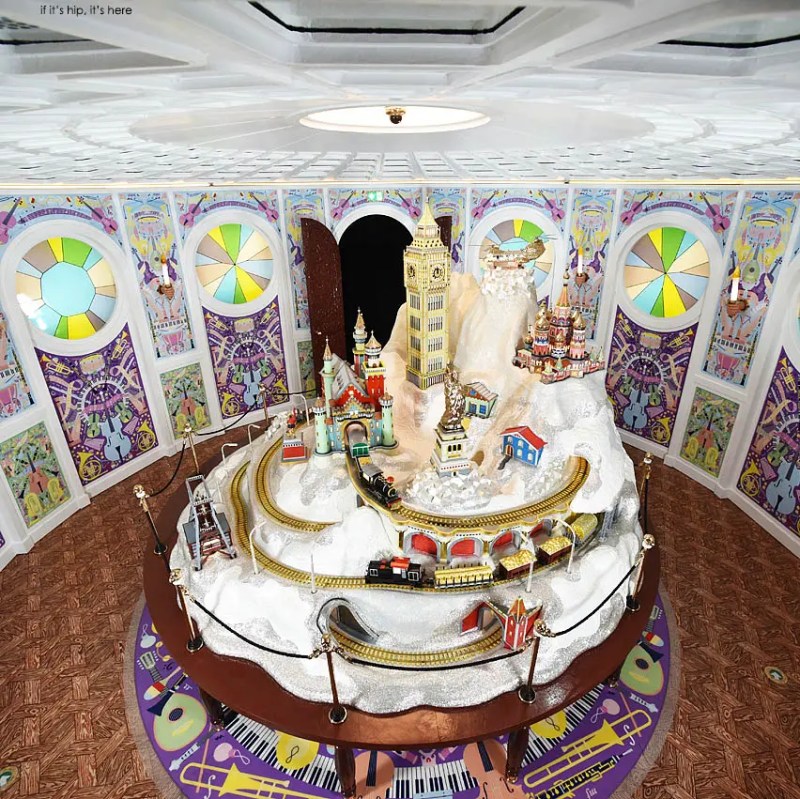 Permanently installed at the newly renovated Swarovski Museum in Austria is Studio Job’s “wondrous room about saying goodbye. About letting go of what once seemed to have no end.” Swarovski Kristallwelten (also known as Swarovski Crystal Worlds) had a grand re-opening earlier this year. The Wattens, Austria museum has been renovated to include 16 Chambers of Wonder, a rich collection of fantasy inspired items and installation designed by some of the world’s greatest artists. One of these is Studio Job’s Wunderkammer. 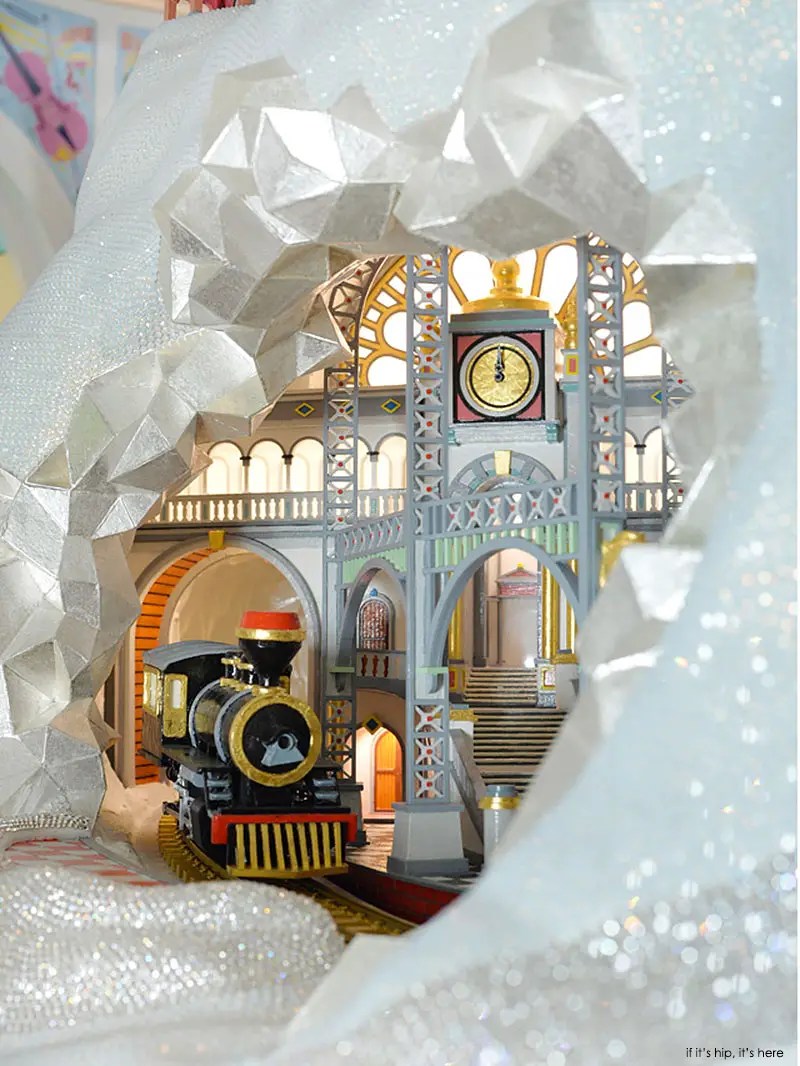 For the Studio Job Wunderkammer, the eponymous designers used none other than the term “Chamber of Wonder” itself to draw inspiration. Long ago, chambers of wonder were small curiosity cabinets that held a collection of scientific exhibits; today, the term signifies a wondrous, strange, all-encompassing spatial experience. Indeed, in the Studio Job Wunderkammer – the only Chamber of Wonder in Swarovski Kristallwelten (Swarovski Crystal Worlds), by the way, with no corners – everything revolves around the holistic experience of the space. 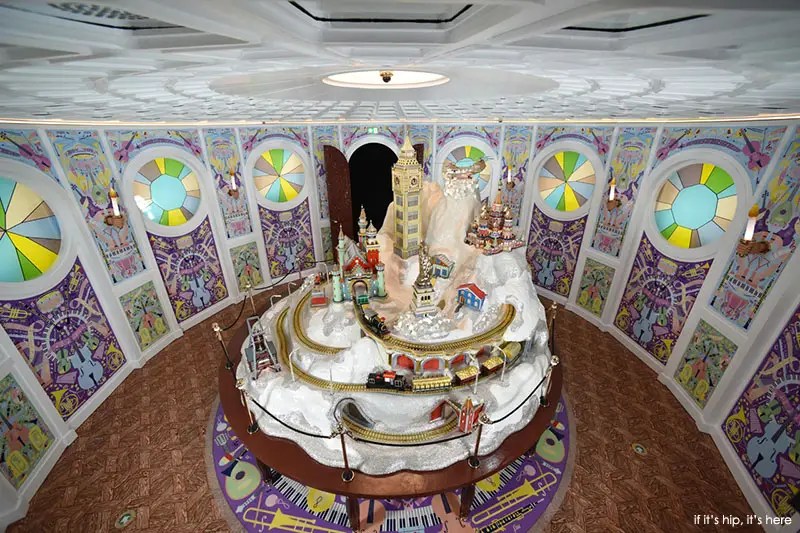 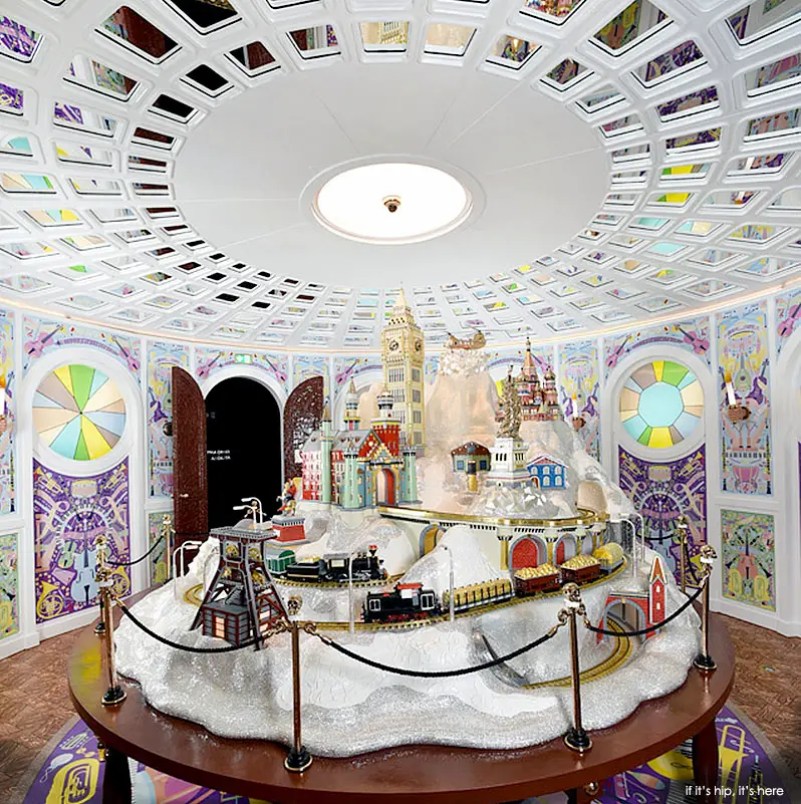 Colors, shapes, composition, and concepts invite the visitors to make their own discoveries. What at first looks like a fairground brimming with exuberant color is in reality thousands upon thousands of short stories in the shape of movement, music, reflections, and slight allusions to modern society. The following text courtesy of Domus magazine:
The term Wunderkammer is a generic term that originated in the early Middle Ages when wealthy individuals, dignitaries and royal houses in England, Germany, Italy, France and Austria added a special wing to their castles to display rarities and gifts. 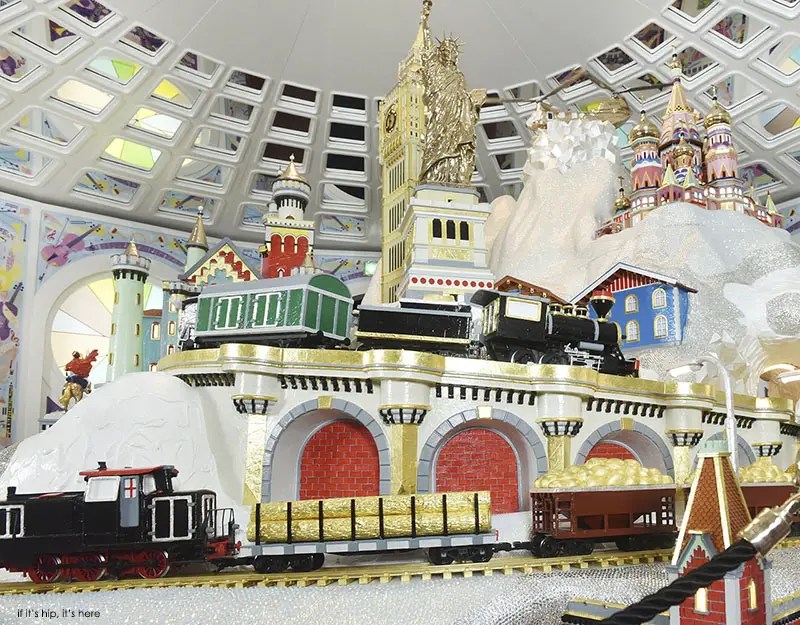 In fact, these were the first expressions of what we now call “the museum.” The difference, of course, was that these Wunderkammer were shown only to the upper-class visitors to the castles. These miniature private museums came about as a pastime and as a way to impress their guests.

The Wunderkammer designed by Studio Job for the Swarovski museum is a total experience. As in a knitted fabric, all things in the Wunderkammer are connected with each other. Everything is about the experience. A different world, you are surprised when you walk inside. The architectural symmetry, the monumental Centerpiece, the endless detail, the extreme use of materials, graphics and dimensions: macro, micro. The starting point for their work is a classical-architectural approach, in which symmetry and grid are self-evident. The seemingly strict context actually gives them the freedom to shape the ideas with full expression.


above: putting the finishing touches on the installation

Entering through a double door, you come into an expansive circular space 9 meters across. We immediately see that the entire space is part of a total installation. Monumental paneling surround the room and large, round stained glass windows are illuminated with daylight shining behind them, so it looks like the windows open onto an outdoor area. In a kaleidoscopic fashion, the stained glass portrays the views of a greatly enlarged diamond. 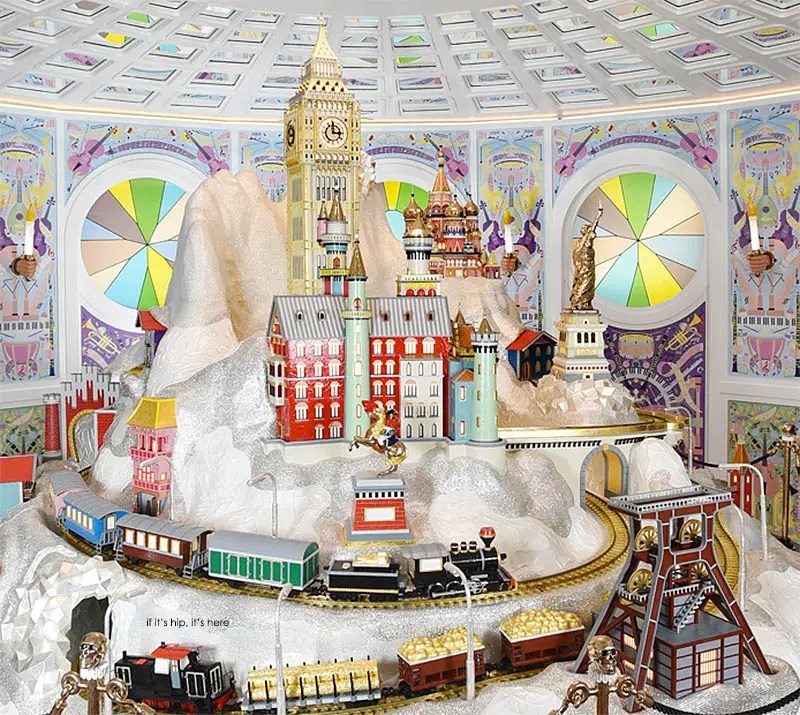 The surfaces in the classical panels are covered with specially designed wallpaper. Around the room are bronze wall lights that are both classical and contemporary in design. Everything is polychrome, lustrous and glistening. There is a surreal, monumental and colorful atmosphere.

In the middle is a huge, round Paper table. This table has polished bronze elements, and surrounding it is a wonderful cast railing with rope that keeps the proper distance between the viewer and the large sculpture that is placed centrally on the table. 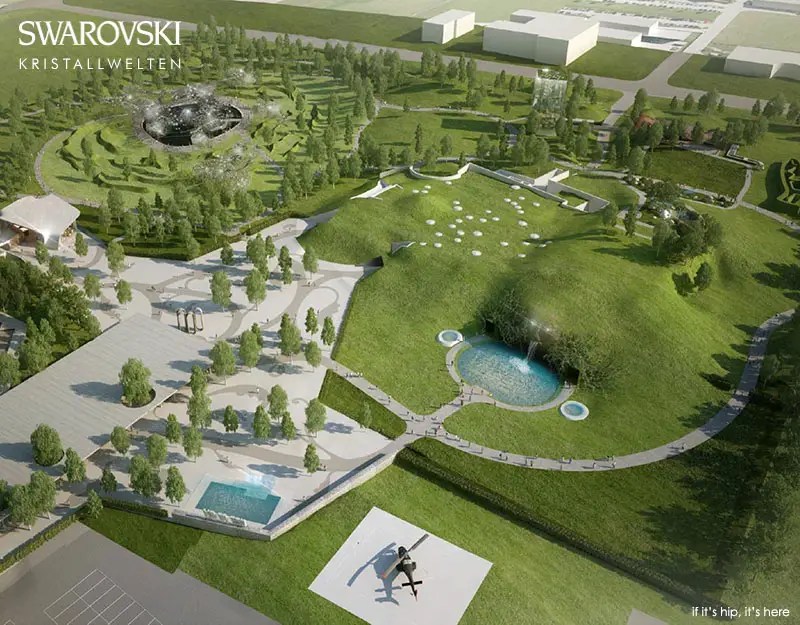 Swarovski Crystal Worlds was opened in 1995 to mark the centennial anniversary of the company’s founding. Multimedia artist André Heller designed a unique and magical place. This beloved attraction has brought moments of wonder to over twelve million visitors from all around the world. Visitors are surprised, touched, and perhaps even transformed by crystal in all its facets.

In May 2015, Swarovski Crystal Worlds ushered in a new era of wonder. The Chambers of Wonder exude a new brilliance; five of them have been completely redesigned and expanded outwards to include an open space of crystalline nature: the garden. In this magical place, you will encounter modern art as well as ancient history. Visit the Giant and his garden and let yourself be enchanted by the beauty, inspiration and energy, the care, and esthetics. 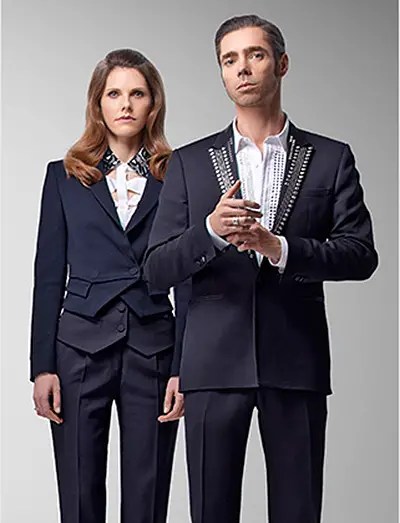 Studio Job was established in 2000 by Job Smeets and Nynke Tynagel, who both studied at the Design Academy in Eindhoven. Far and away from the minimalism that characterizes modern industrial desgn, Studio Job is foremost renowned for the monumentalism and the opulence of its creations. A wide array of diverse influences fueled the fires of creation, from cartoons to historic and heraldic motifs, to period furniture, and simple everyday objects, such as kitchen utensils.

The duo’s creative approach is classed now and then as “Neobaroque” or a part of “Mannerism”; it applies ironic alienation and considers itself more in line with the tradition of decorative art than with expressive postmodernism. The works of Studio Job can be seen in many museums, including the Victoria and Albert Museum in London, the Louvre in Paris, and the Rijksmuseum Amsterdam.

images and information courtesy of the Swarovski Museum and Domus

Dad Facts, Figures and Fab Art For You On Father’s Day.