` Street Artist David Zinn Charms With Chalk. - If It's Hip, It's Here
Skip to content 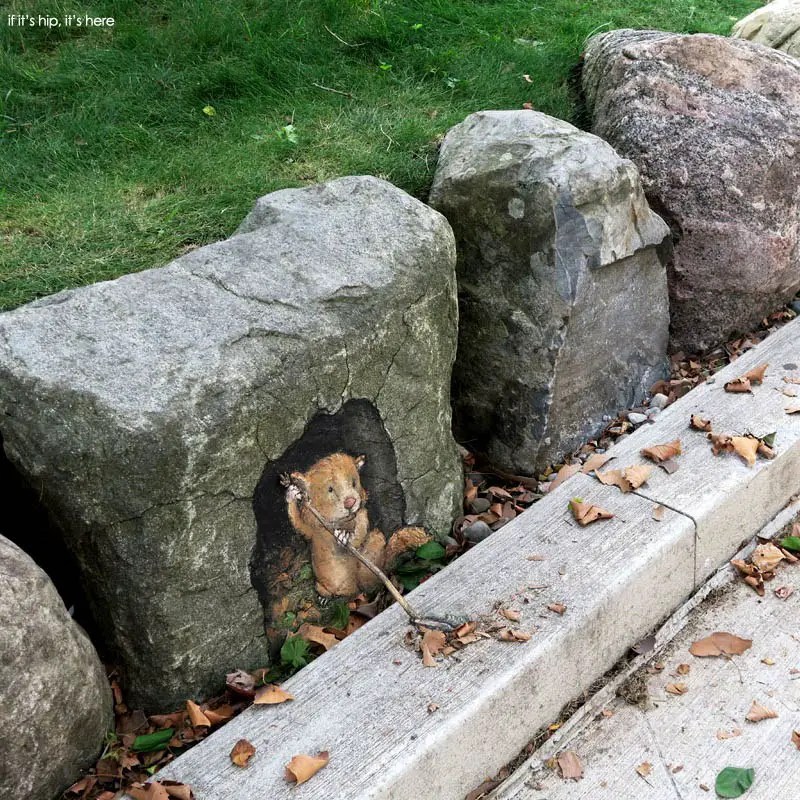 Peppering the sidewalks in Ann Arbor and elsewhere in Michigan are some adorable creatures drawn in chalk that appear to be interacting with lamps, pipes, gutters, grates, planters and more.

A self-taught artist with a degree in Creative Writing and English Language, David Zinn’s chalk work began in 2001 as an excuse to linger outdoors. His temporary street art is composed entirely of chalk, charcoal and found objects, and can be found predominantly in Michigan. 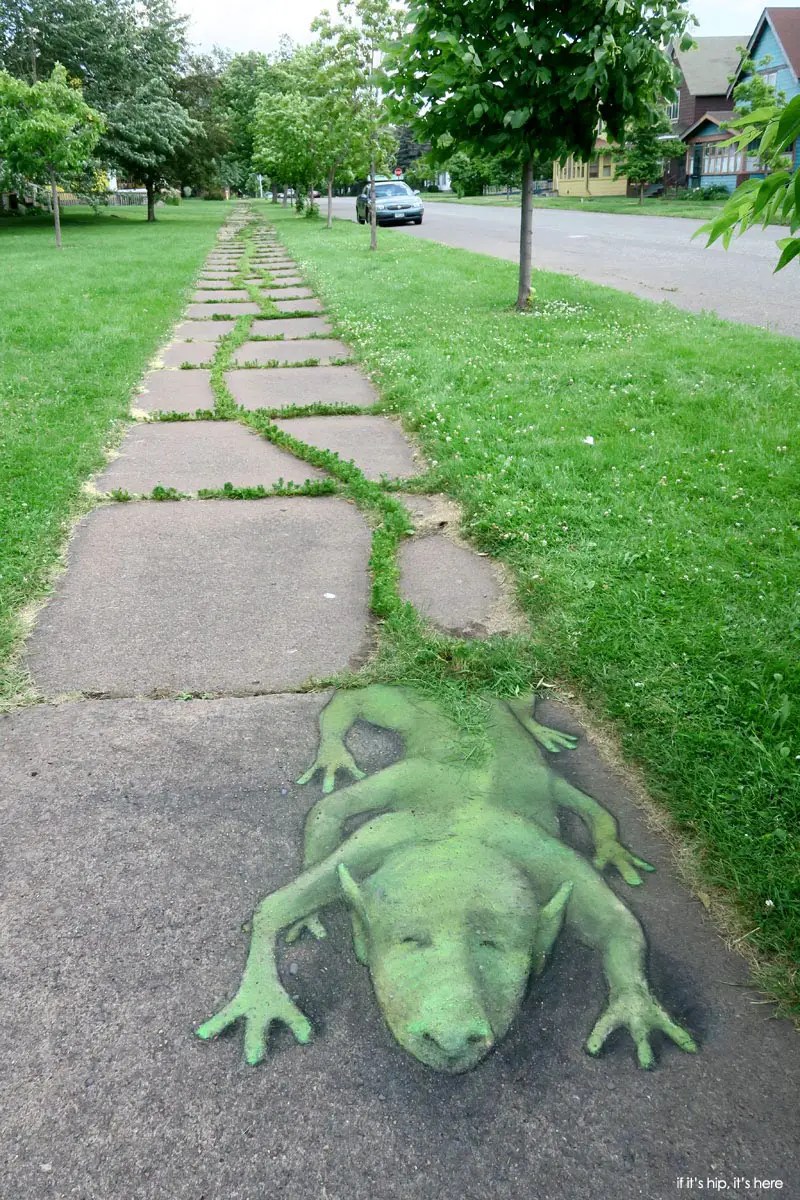 Though David has professional clients, his street art is always improvised on location. The cute creatures take on a 3D life of their own and make repeated appearances. Little woodland creatures, friendly reptiles, flying pigs, gnomes and particularly Sluggo, a friendly, green, alien-like creature from his own imagination, are part of his stable of characters. 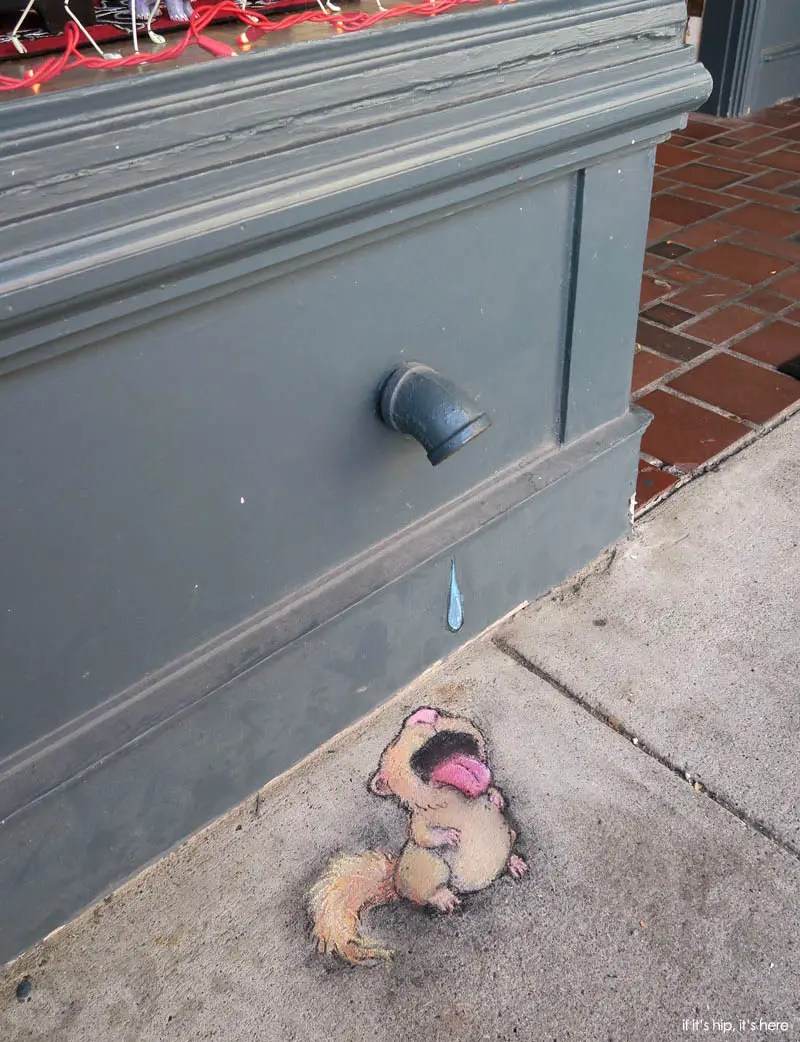 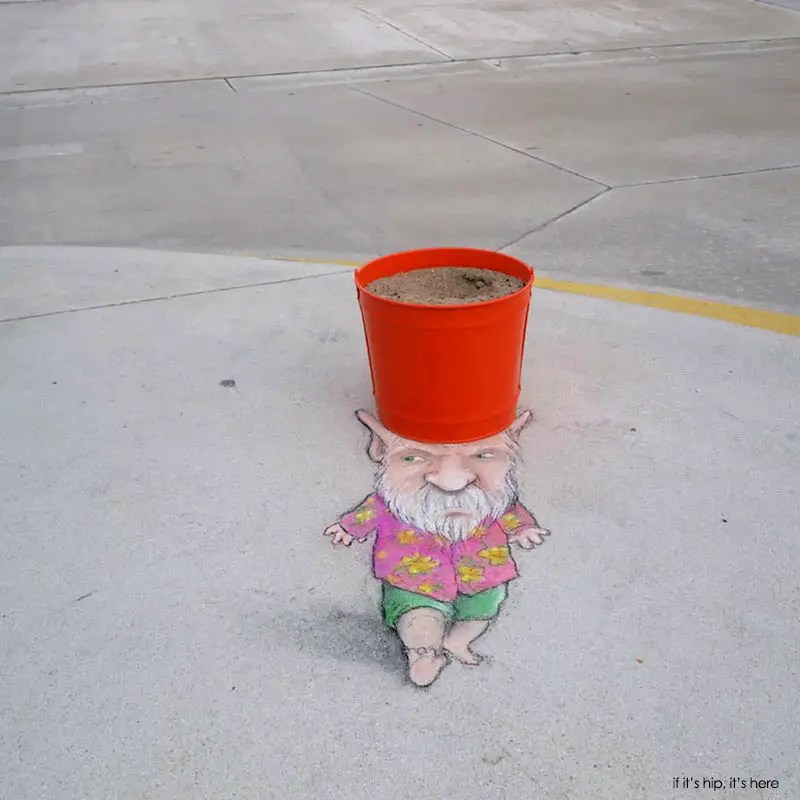 Like many other sidewalk street artist he can deftly create a three dimensional hole in the ground, but my favorite works of his are those that interact with utilitarian street objects and the rocks, plants, and cracked cement that can be found in most any neighborhood. 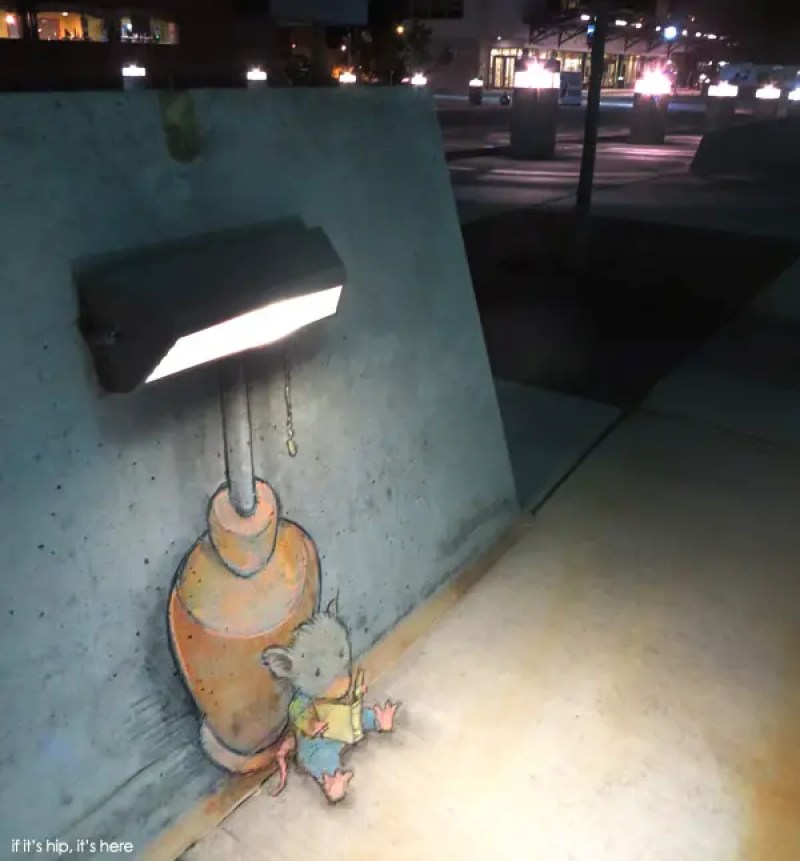 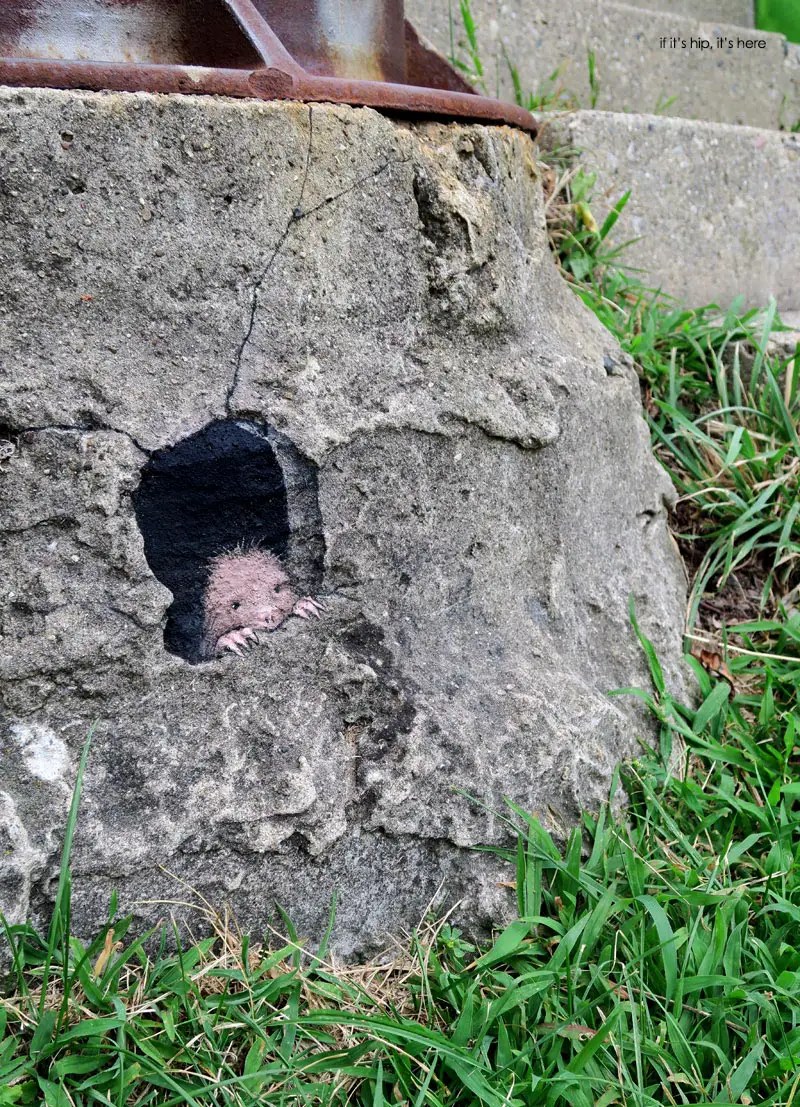 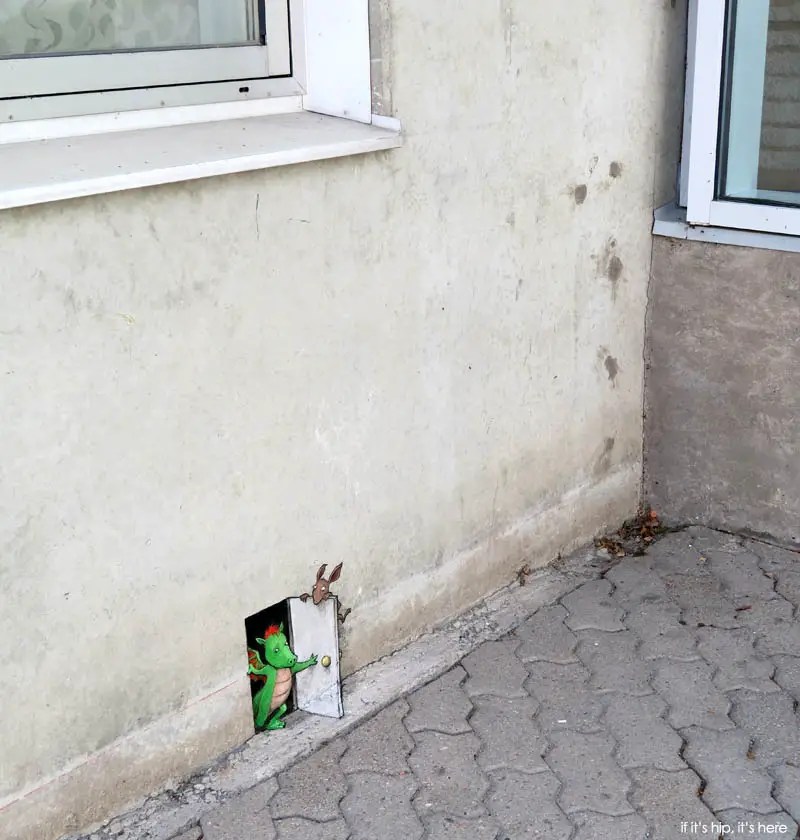 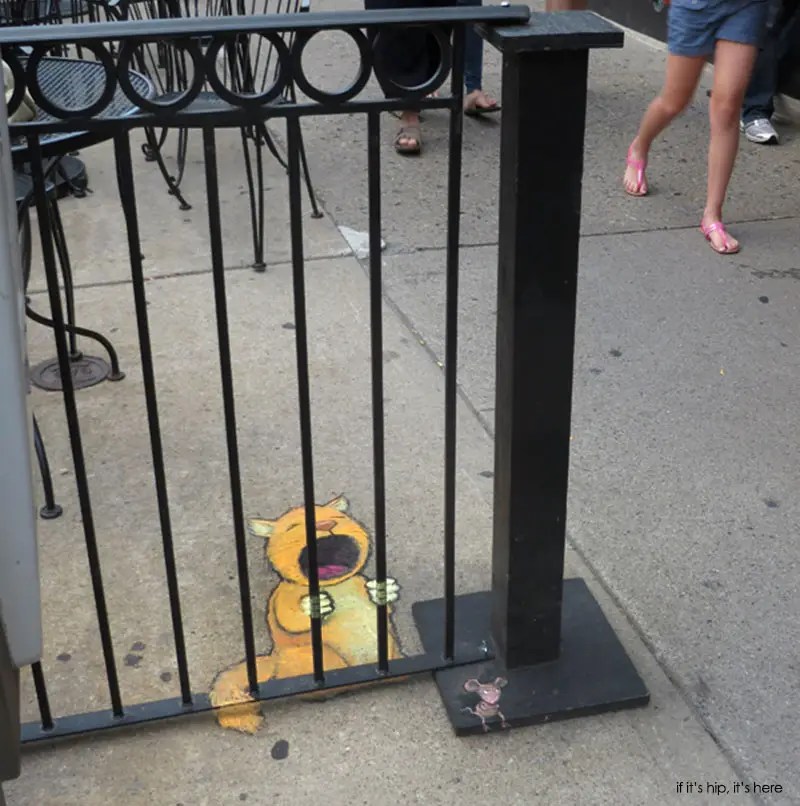 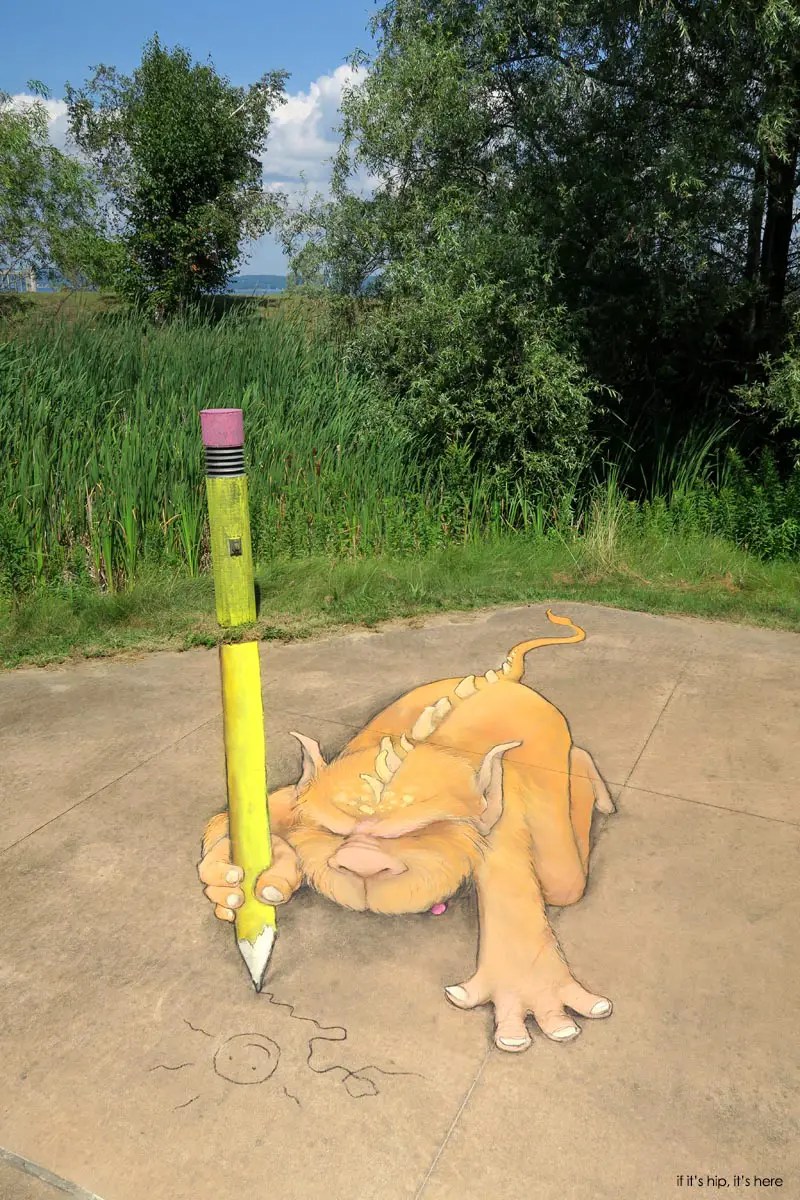 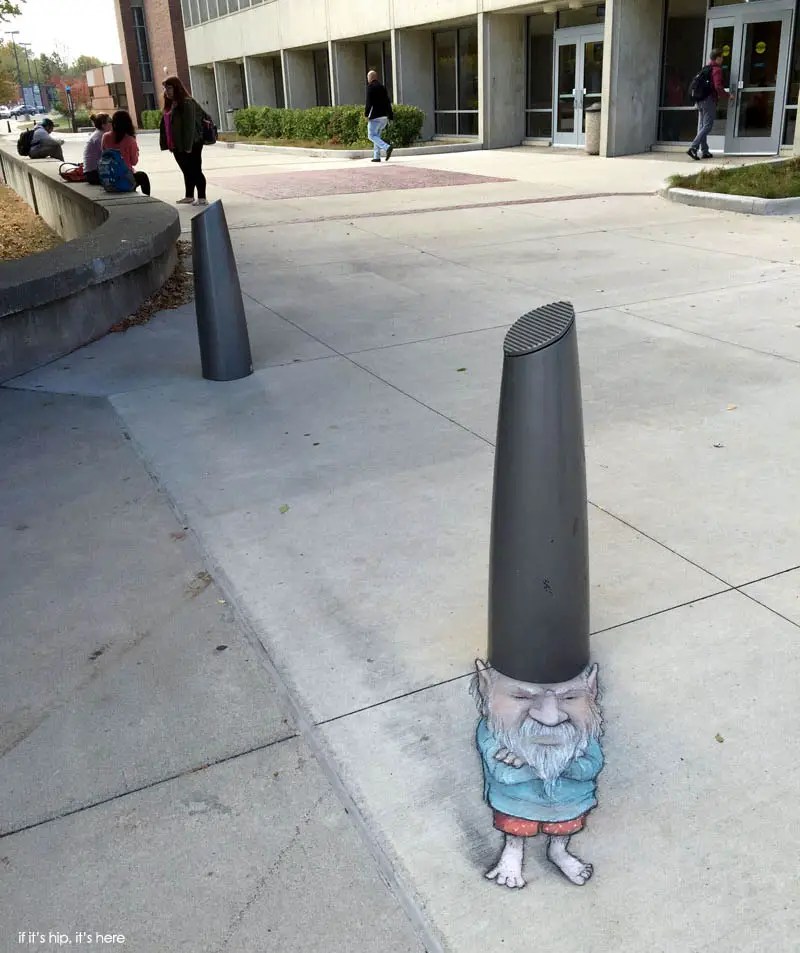 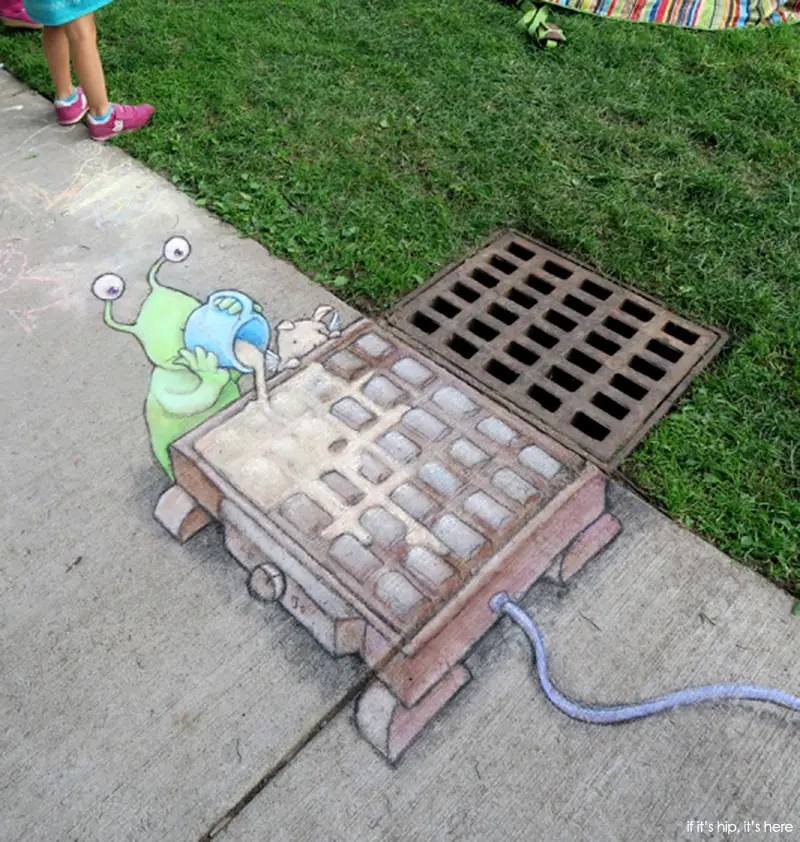 He published his first book of chalk art, Temporary Preserves, by crowdfunding.  The 8.5″ x 11″ bound collection of full-color images with 133 photographs of his otherwise fleeting street art creatures was then followed by his second book, Underfoot Menagerie, in 2018. 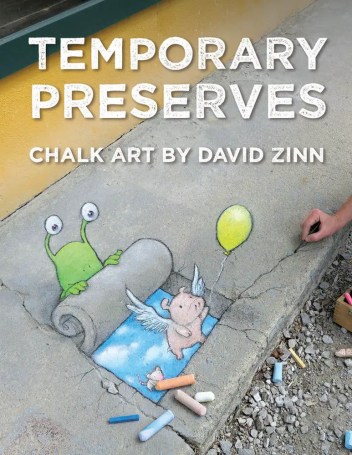 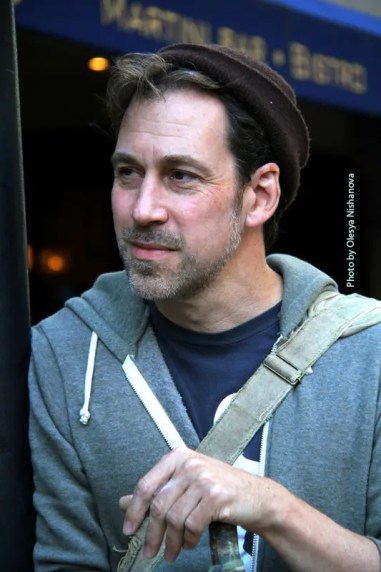 Don’t miss our newer post on his work here