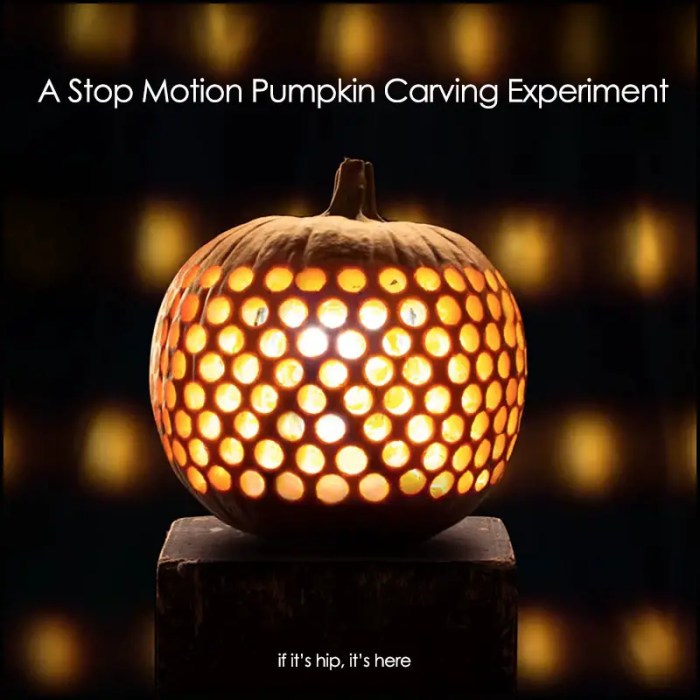 Described in their own words:
Dozens upon dozens upon dozens of pumpkins were cut, gutted, rotated, scraped, poked, slapped, and banged to make this stop-motion animation and the music that bring it to life. It took a few years – pumpkins rot, schedules get busy – but we loved discovering the methods that worked and the many that didn’t.

Many pumpkins were photographed twice. First as a nicely lit, carving-free plate. Then again after carving our designs and removing the top or back so we could insert a light. The two were then composited together to remove the lighting equipment. We re-used pumpkins where we could (fronts and backs and sometimes sides) but that wasn’t always possible.

We often projected images onto the pumpkins to improve consistency between frames,, but due to each pumpkin’s unique curves, it often took just putting it in front of the camera to check alignment. 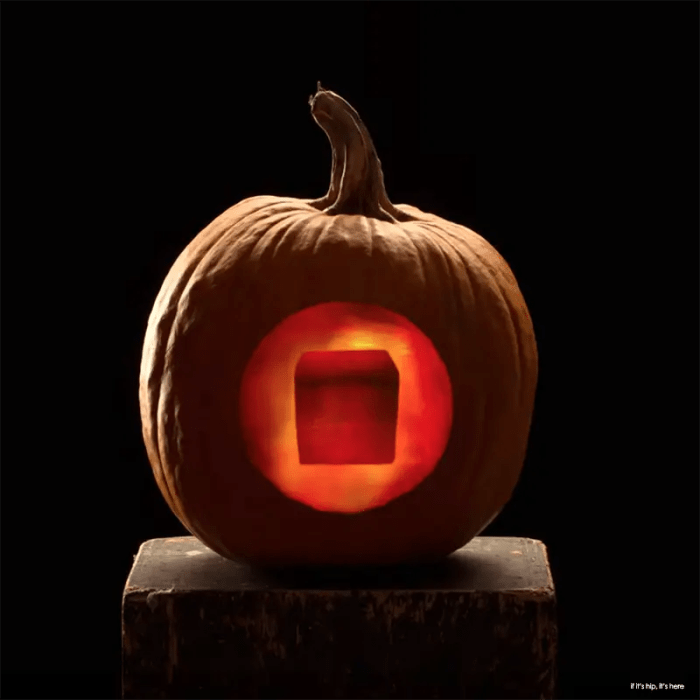 There were many animations that didn’t make it into the final piece which seemed like good ideas at the time but ended up being too complicated and did not work (a carved heart that emerged and beat with the pulsing of the light, a complex halloween themed pumpkin zoetrope, and an animation of a tree that grows as the pumpkins sizes do among others).

The music was created by through what we’ve deemed “Pumpkin Orchestration.” Grayson Matthews’ Igor Correia created this catchy rhythmically-driven underscore with the help of Tom Westin and the team of sound designers at Grayson including Ben Swarbrick, Laura Titchner, Chris Masson, Sebastian Biega and Aaron Verdonk. Special cameos by Brian Bernard and Asha Dillion. Most of these sounds were smashed, tapped, kicked, clapped or scooped out of actual pumpkins and carving tools, with some enhancement and sound manipulation courtesy of Logic and Protools.

We hope this inspires others and can’t wait to see what you create!