` Stella McCartney's Superheroes Get Around and Now They're On A Jaguar. - If It's Hip, It's Here
Skip to content 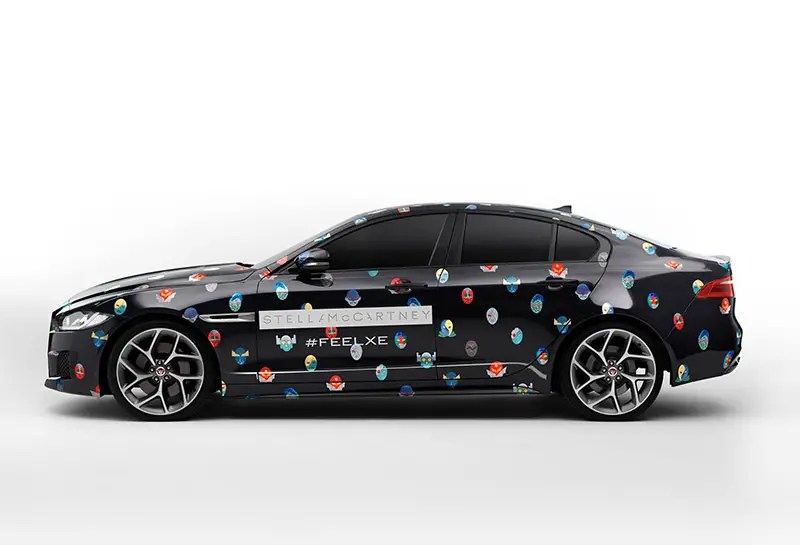 Ahead of Stella McCartney’s Paris Fashion Week Show on 29 September, Jaguar has joined forces with the leading British designer for the next phase of the FEEL XE campaign as the roll-out of the new Jaguar XE continues. Both Stella and Jaguar represent the best in British design and have a shared commitment to modernity, performance and innovation, and the FEEL XE Experience is an expression of this design philosophy.

“Jaguar is a British brand that’s full of heritage, charm and one that I’ve admired for years so it’s a pleasure to be finally working directly with them. It was interesting to adapt my playful Superhero print for the XE, adding a feeling of empowerment to its exhilarating design – I can’t wait to see it on the streets of Paris.” -Stella McCartney Together, the two prestigious British luxury brands have created the FEEL XE Experience; featuring a fleet of luxury Stella McCartney inspired Jaguars draped in her distinctive Superhero print from her Spring 2015 collection. These vehicles will be taking to the streets of Paris on Monday 29 September, delivering a series of FEEL XE Experiences that have been carefully curated by Stella and Jaguar to provide consumers with an Exhilarating taste of cultural highlights that are unique to Paris.

Two years after graduating from Central St. Martins College of Art and Design, London, Stella moved to Paris and four years later she launched the first collection of Stella McCartney fashion house in Paris. The French capital remains close to her heart and it is still the city where Stella shows her new ready-to-wear collections every season. It is fitting that the streets of Paris will be the only city in the world to have the Jaguar Superheroes on its streets.

Ian Callum, Jaguar’s Director of Design, spoke about his admiration for Stella McCartney’s work and their shared passion for British design and innovation: “I’ve always greatly admired Stella’s work and enjoyed her previous collaborative projects, especially the performance apparel for the GB Olympic Team. It is a beautiful demonstration of Stella’s commitment to elegance, style as well as functionality and, performance which are attributes that I looked to express in the Jaguar XE.” 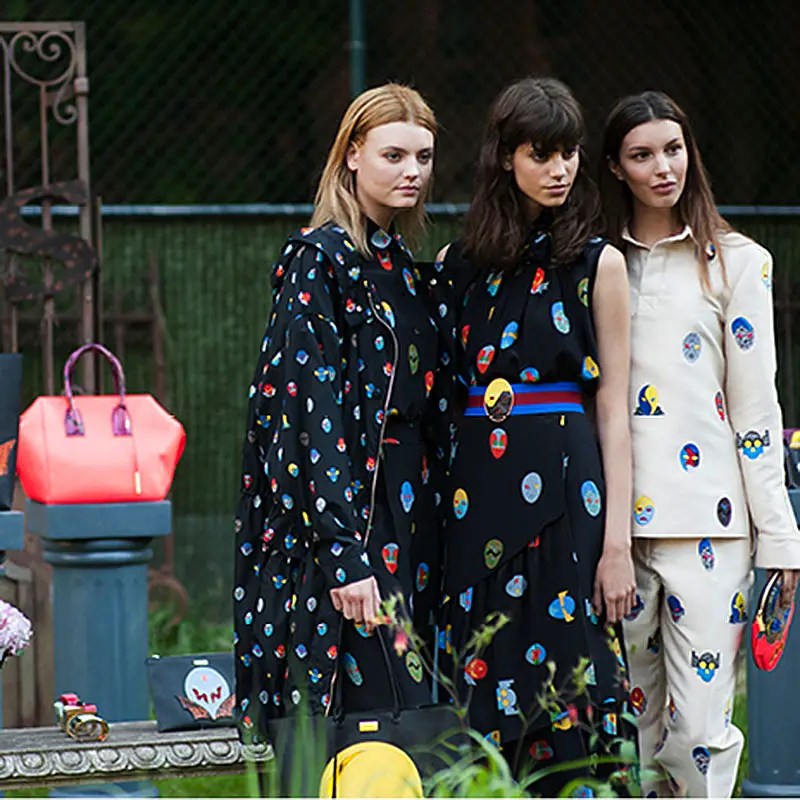 Unveiled during Paris Fashion Week, her Spring 2015 Collection featured the Stellasuperheroes motif printed onto light silk crepe de chine and woven into a jacquard. The print is also layered in an ultra-light weight parka over a fluid silk trouser and shirt look. In a stitchwork embroidery, the print is stamped across a calico duchess tunic and pant: 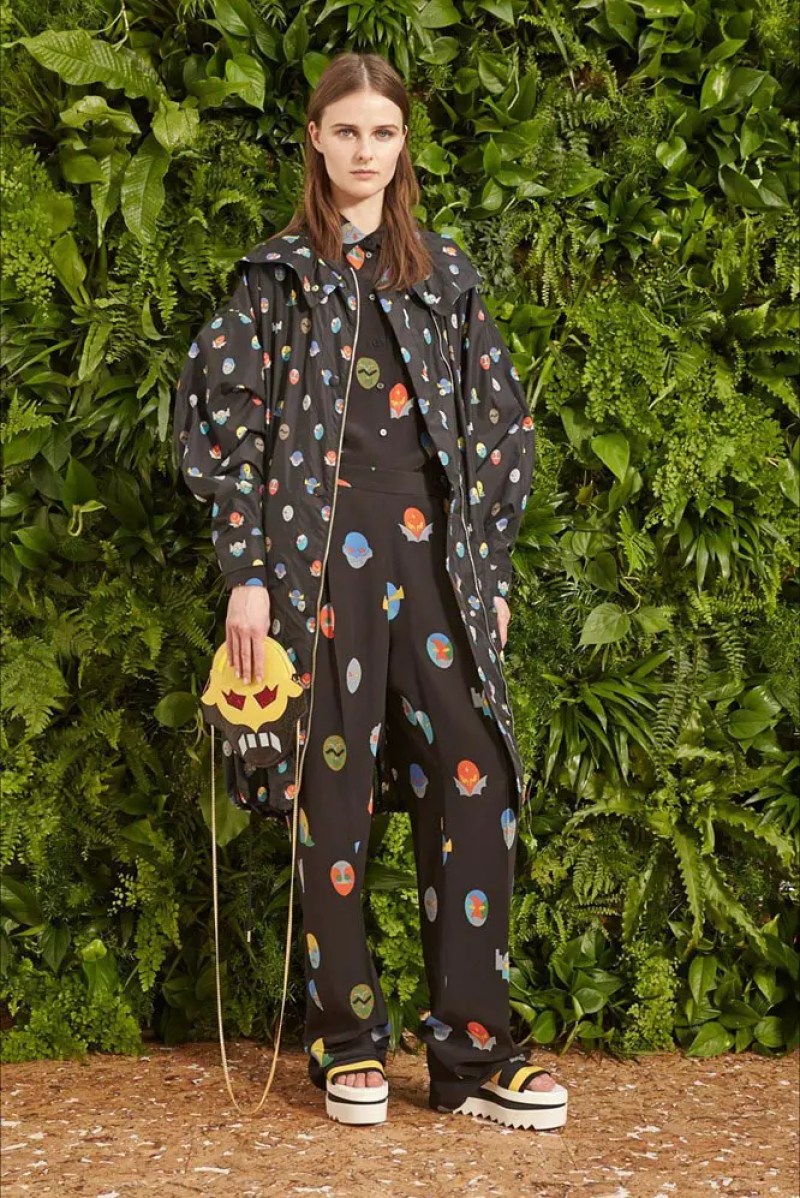 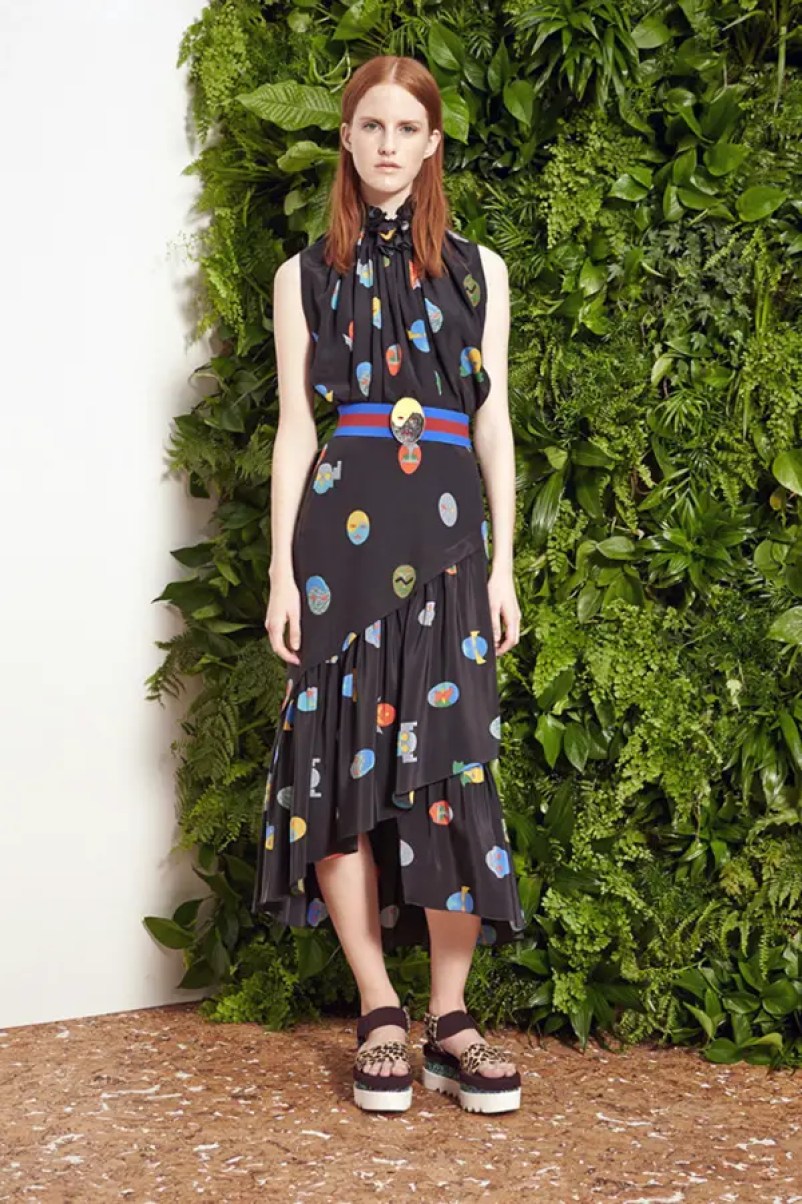 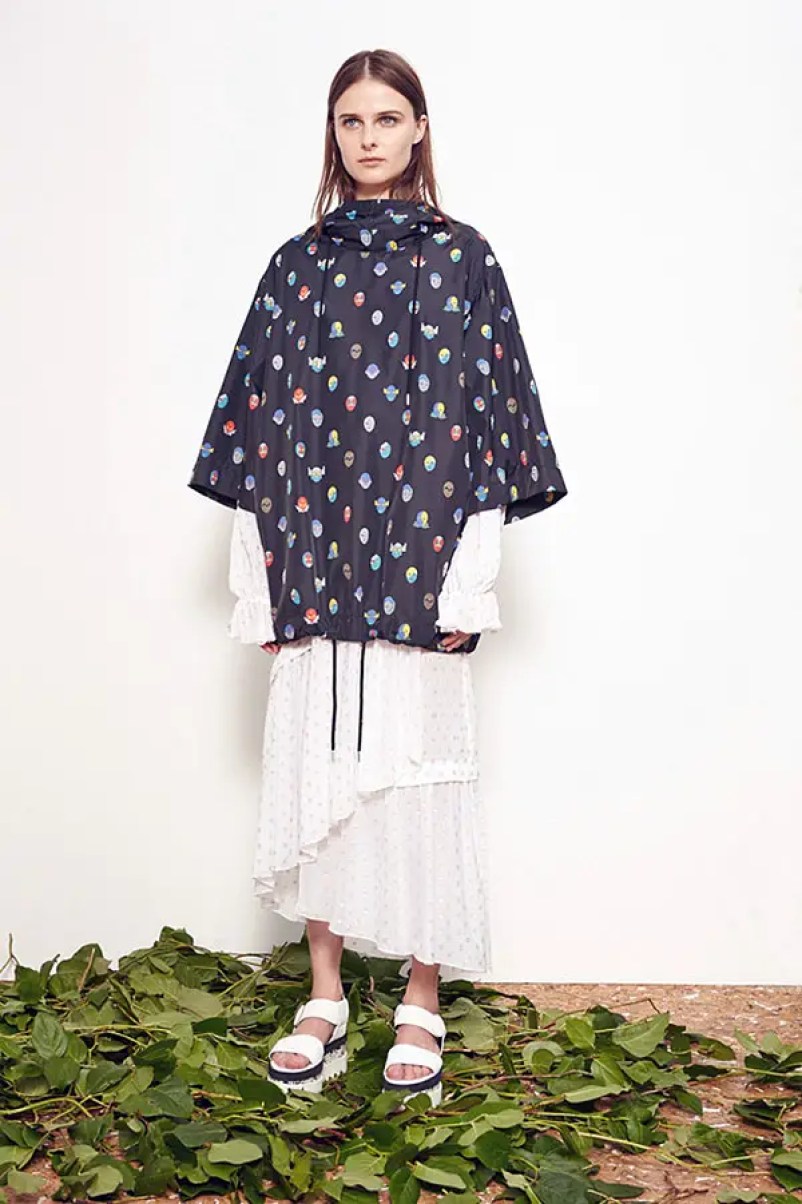 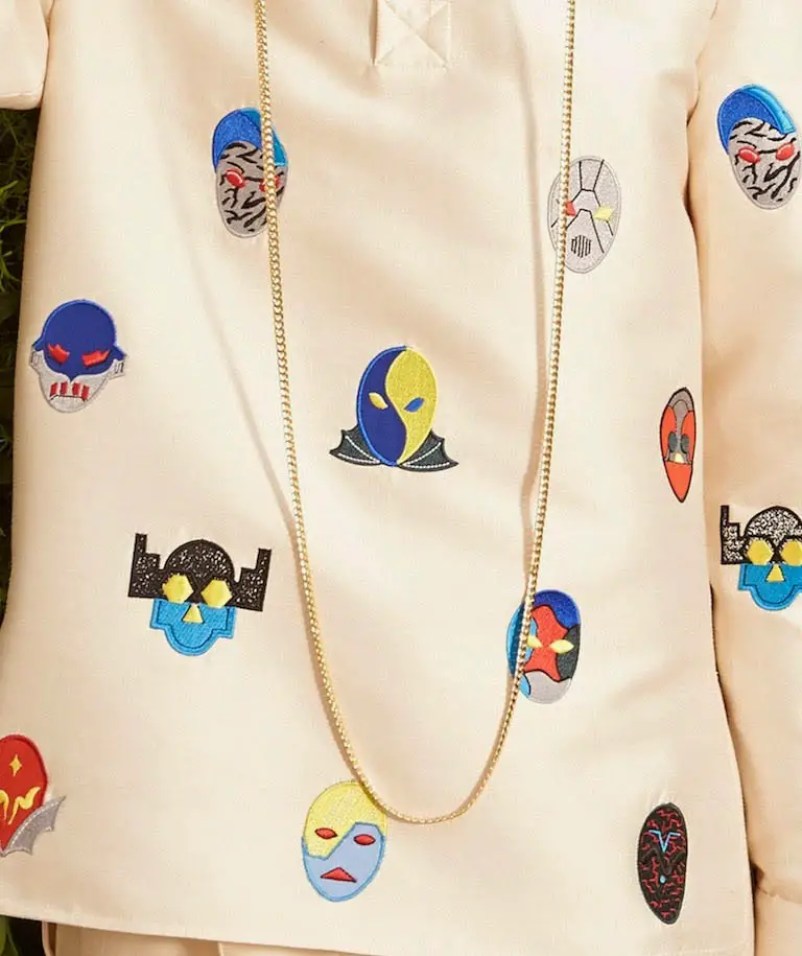 Bags feature the Stellasuperheroes print in a patchwork of fabrics; a tote, crossbody and clutch: 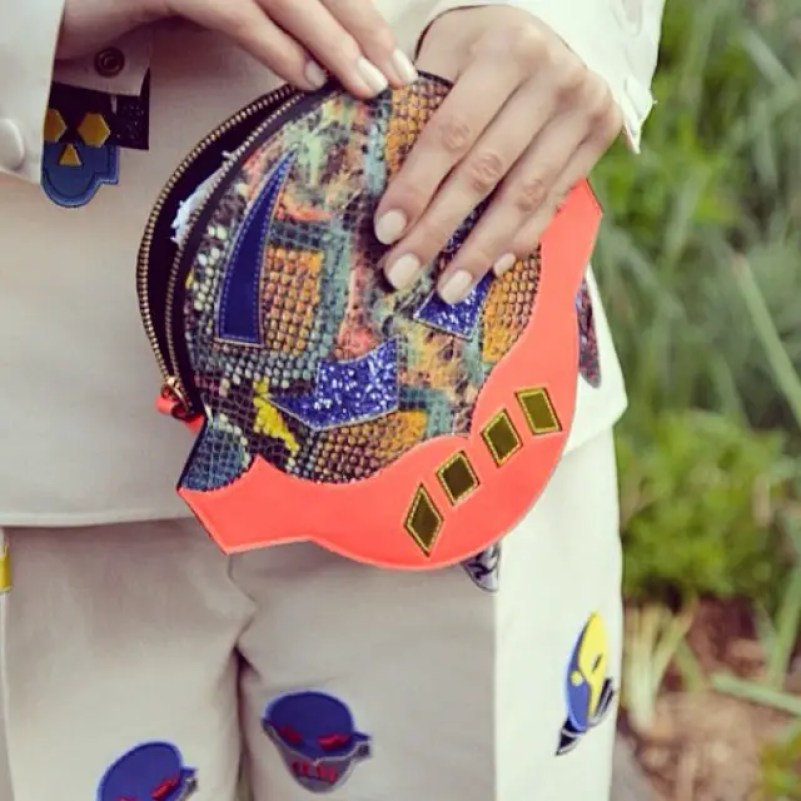 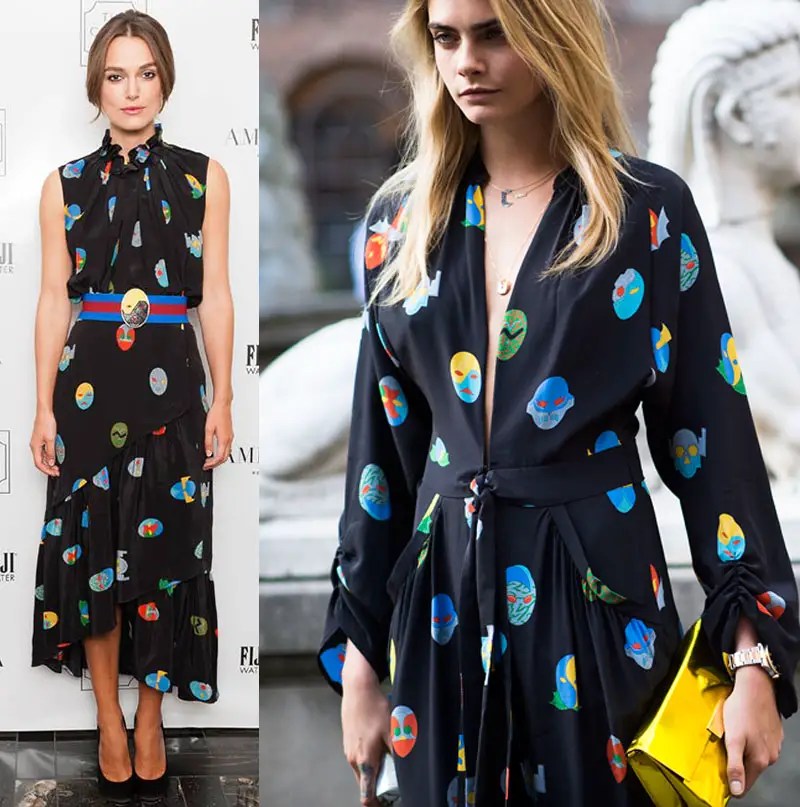 Images courtesy of Jaguar, Stella McCartney, Vogue, and @angieeegram and @mpnails on twitter.