` Beer and Wine Bottle Designs With A Muerto Motif for Halloween. - If It's Hip, It's Here
Skip to content La Catrina Wines and Day of The Dead Beer (Cerveza de los Muertos)  are beer and wine bottle designs that feature the artwork of Sean Wells. With her husband and partner, Daryl Wells, the two of them designed the wine and beer bottles which both feature a Muerto* motif.

Beer and Wine Bottle Designs With A Muerto Motif

A Retablo artist, Wells was formally trained in architecture at the University of Virginia, where she developed a broad love for the art of design. She spent many years working on house designs with her husband (and partner) and developed marketing collateral, print, websites and more for her architecture clients. As the market for architecture softened, Wells and her husband migrated their focus to marketing and graphic design through the Twilight Design Studio. Eventually Sean felt her work was lacking something creatively, which is when she returned to the Retablo painting she had been doing since childhood. She found a deep satisfaction in watching her formal art training merge with her historical and familial roots. 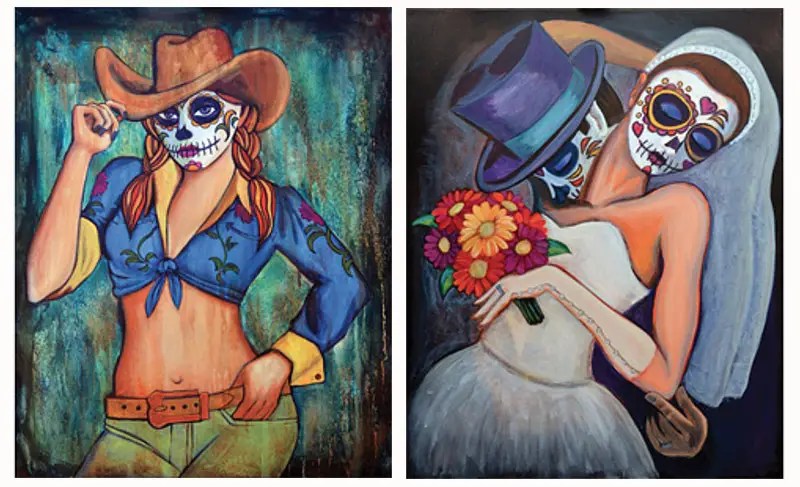 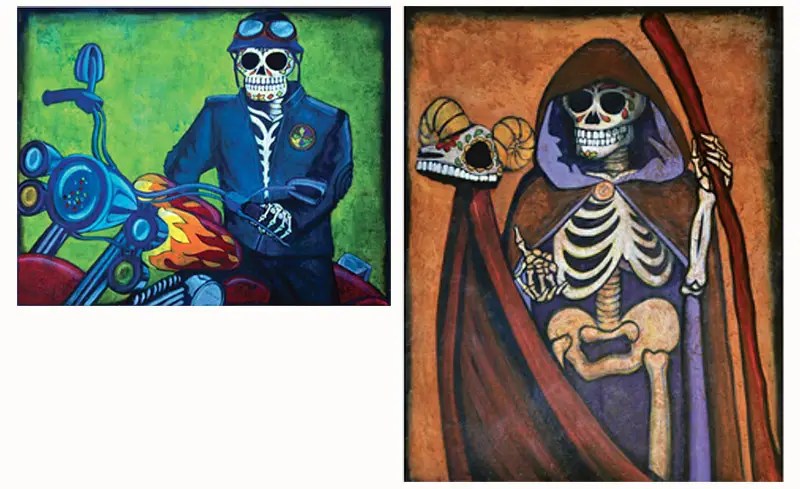 It was Sean’s sister-in-law, Julie, who suggested Sean and Daryl to her brother-in-law who wanted to create a liquor line around Day of the Dead. Julie immediately connected Wells’ skeleton images and their graphic studio with the project and put them in touch with her brother-in-law. 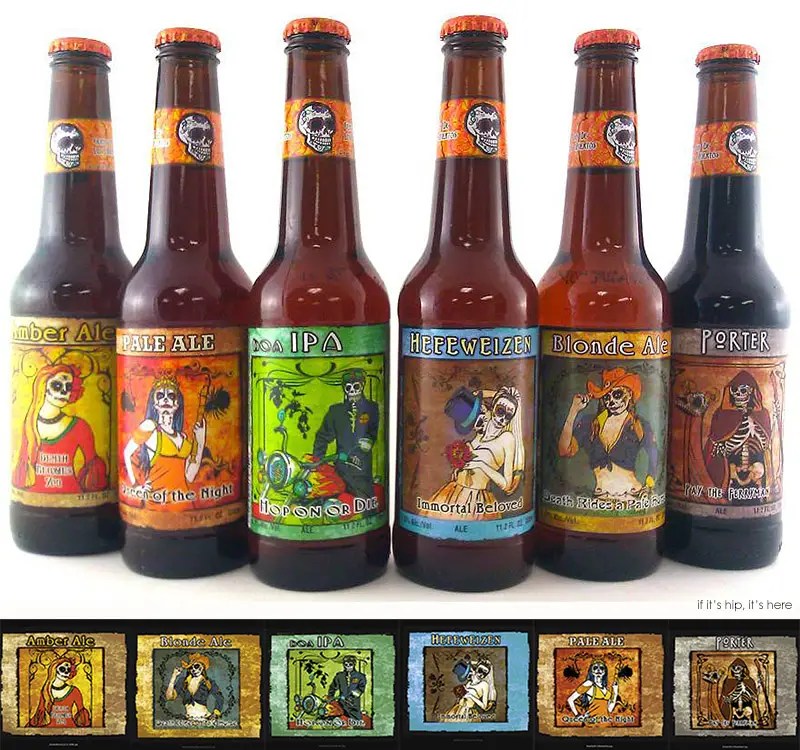 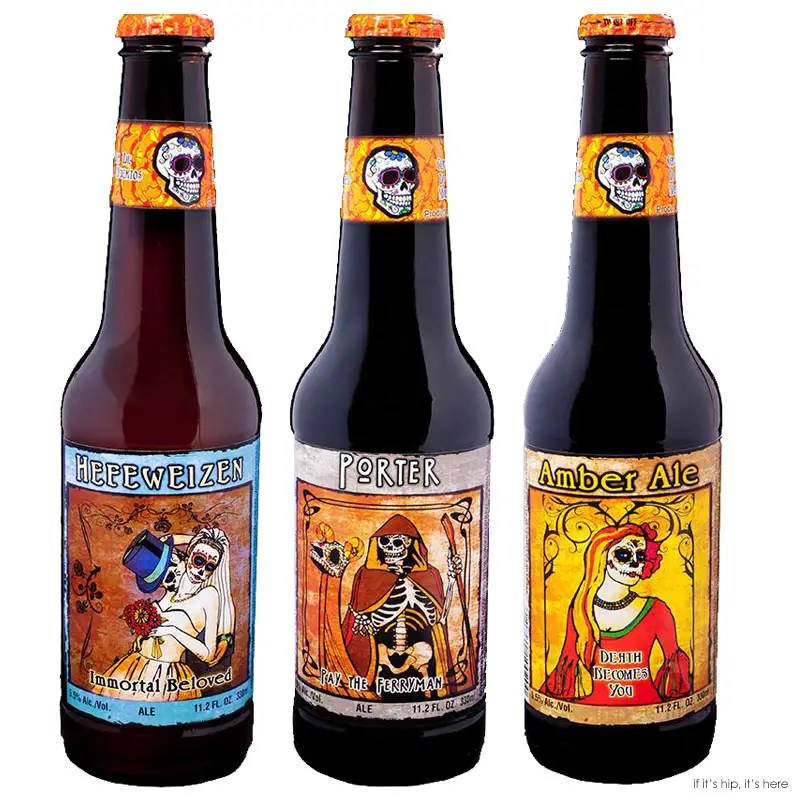 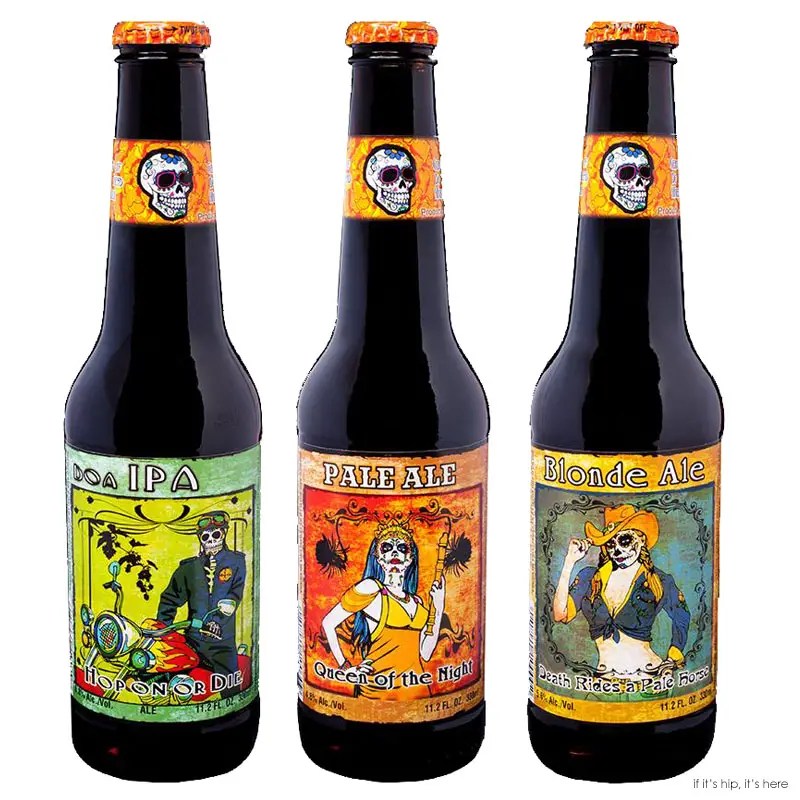 Her oil paintings are made less painterly and more graphic to translate into labels and packaging for the craft beer. Brewed at Cerveceria Mexican, the third largest brewery in Mexico, the Day of The Dead beer hit the market with a soft launch in May, 2013. 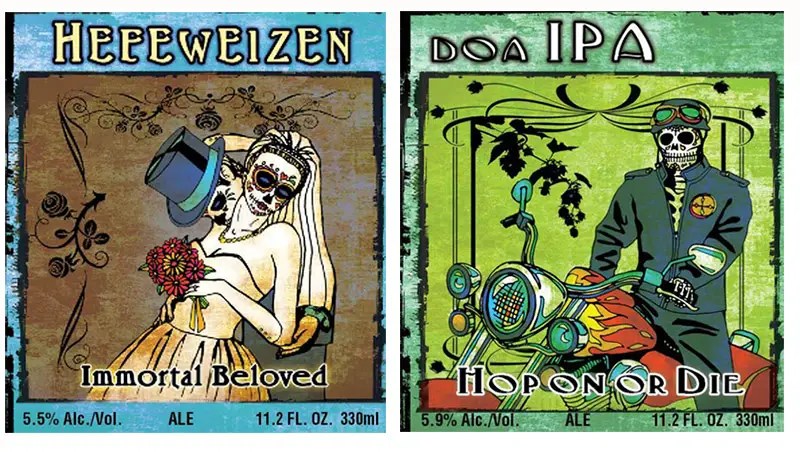 Day of The Dead Beer cartons and packaging: 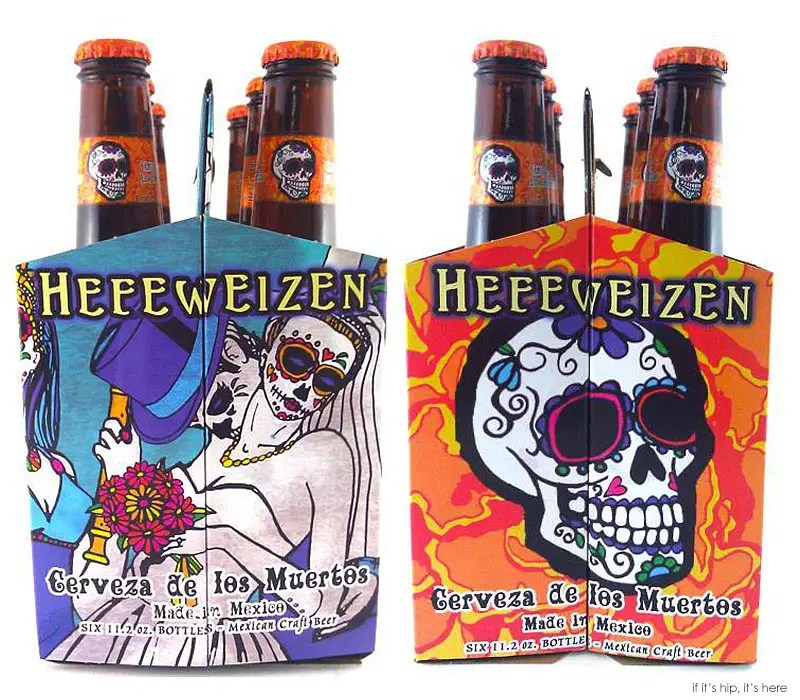 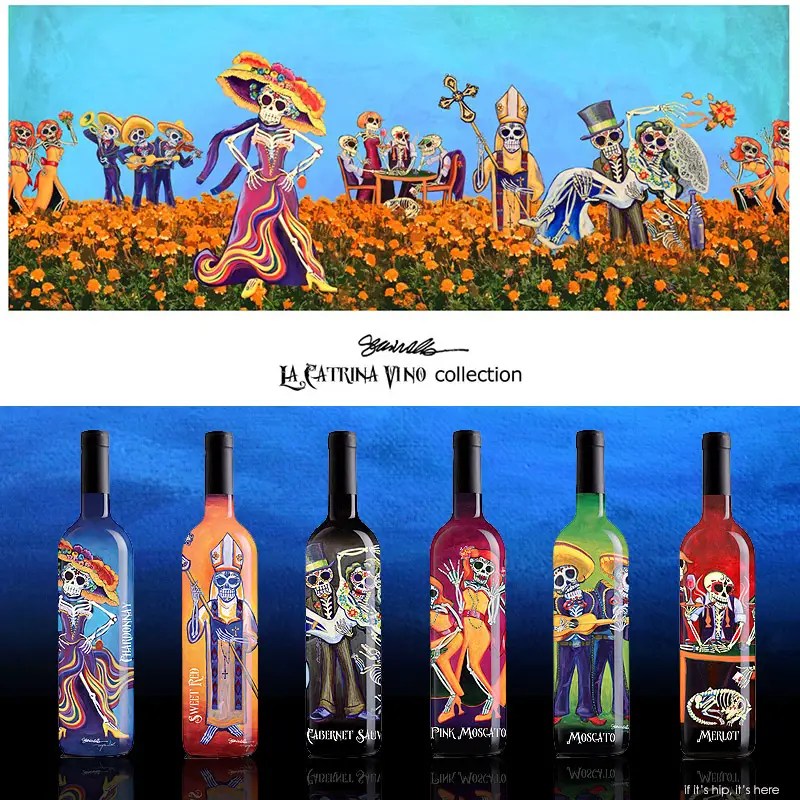 For the La Catrina Wines, a lifestyle brand that represents the best that California offers, Wells’ Day of The Dead paintings were also turned into artwork for the wine bottles. La Catrina wines are crafted, vinted and bottled in Napa, California. And translated onto the wine bottles: 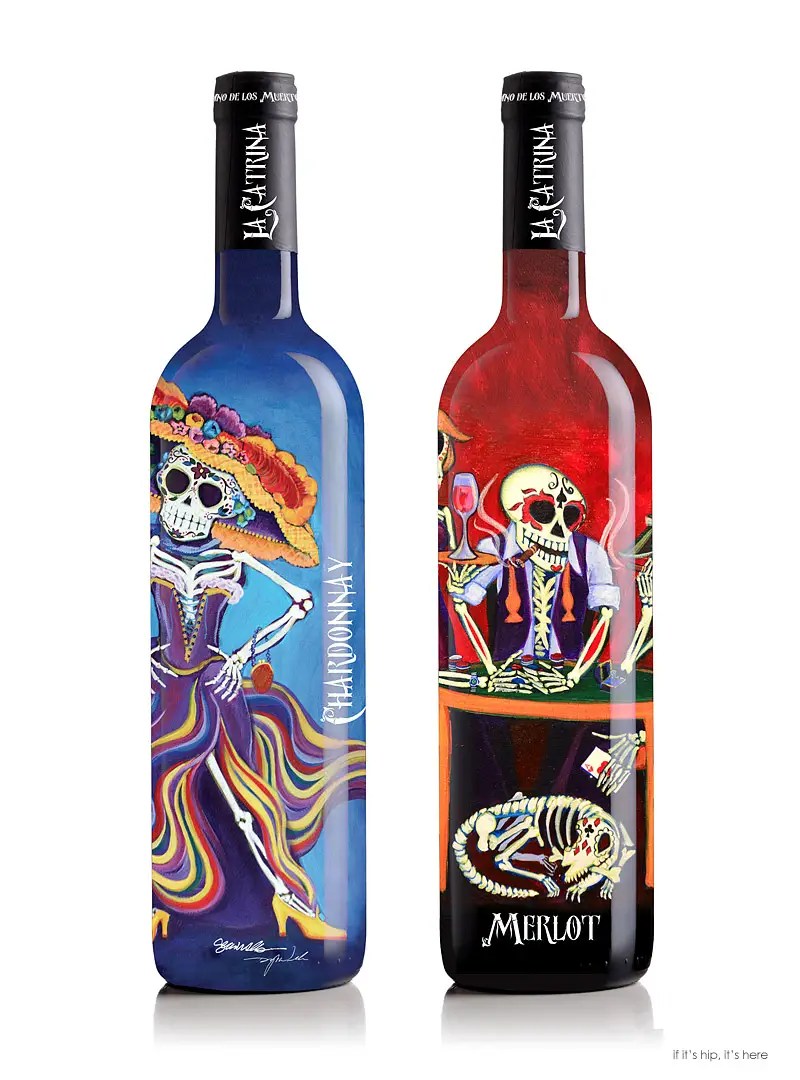 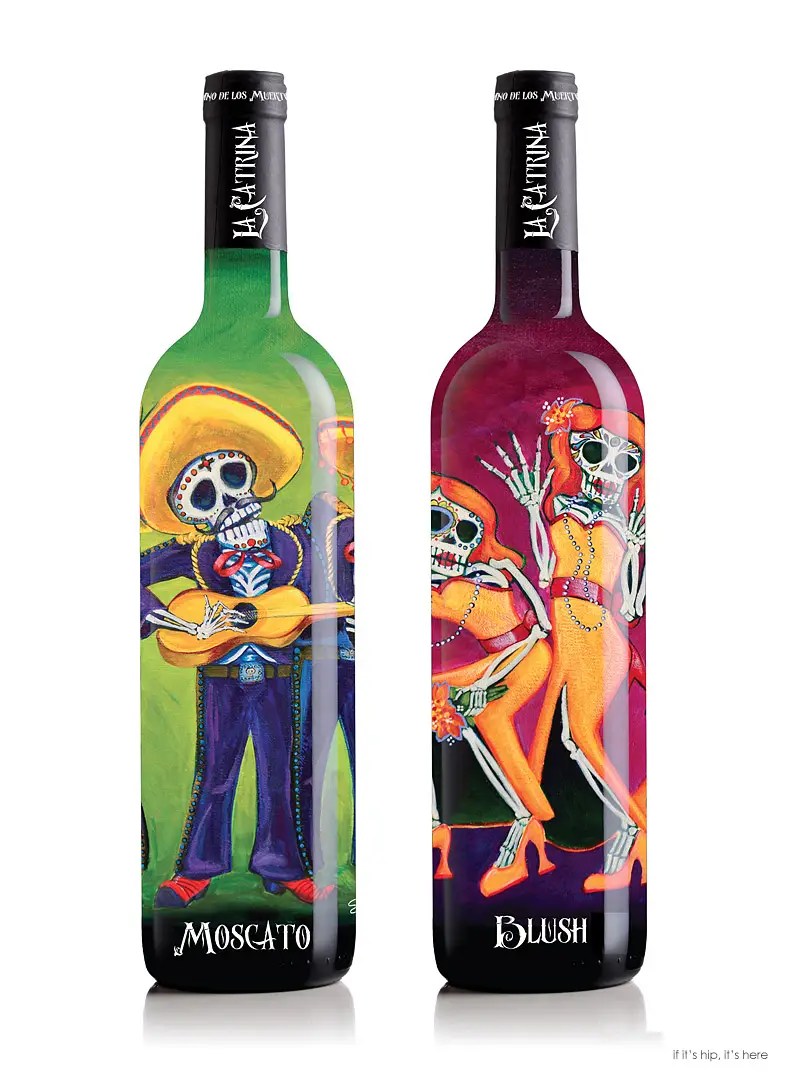 La Catrina wines are available at Total Wines & More, Cost Plus World Market, Walgreens and other fines retailers in your area.