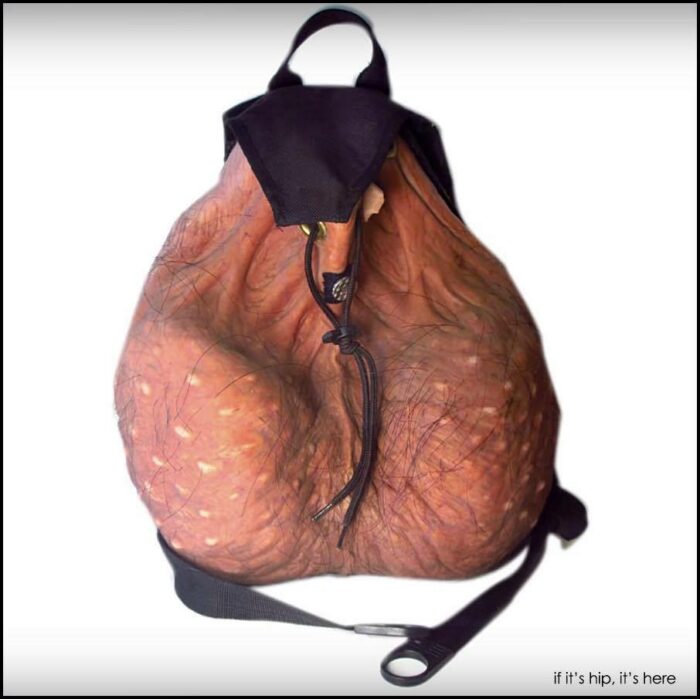 Not surprisingly, Daniel Bitton’s photo of himself standing in line for a show wearing a backpack that resembled a giant scrotal sac went viral last year. This led thousands of people (really, thousands) to request one, so Daniel has obliged and created the Scrote n’ Tote. 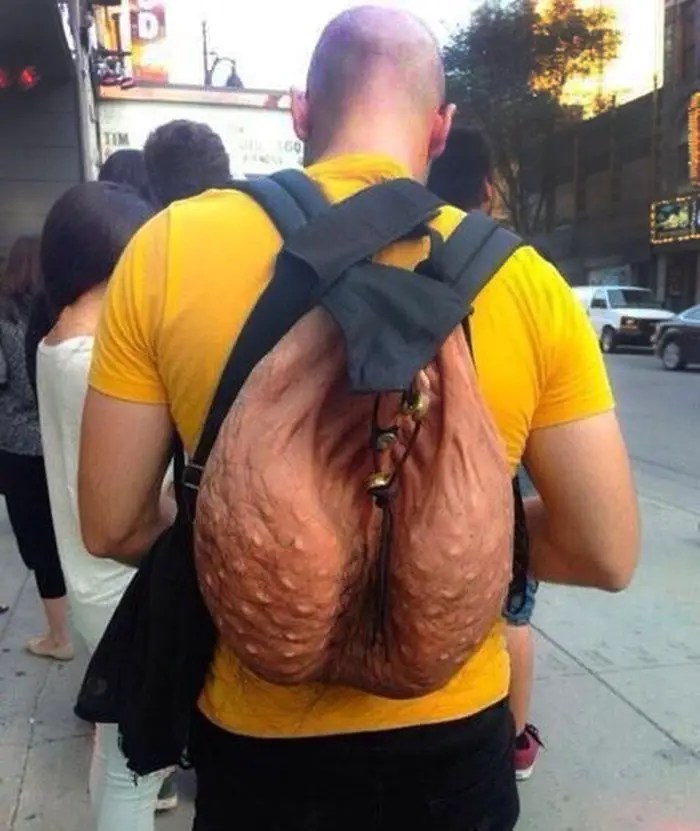 above: the photo of Daniel wearing his scrotal sac pack that went viral last year In his own words, Daniel, who is hilarious, says “As a result, out of a sense of profound humanitarianism, I and several friends have had to interrupt our lives in order to fully dedicate our lives to the production of lifelike, hideous, giant scrotum backpacks.” 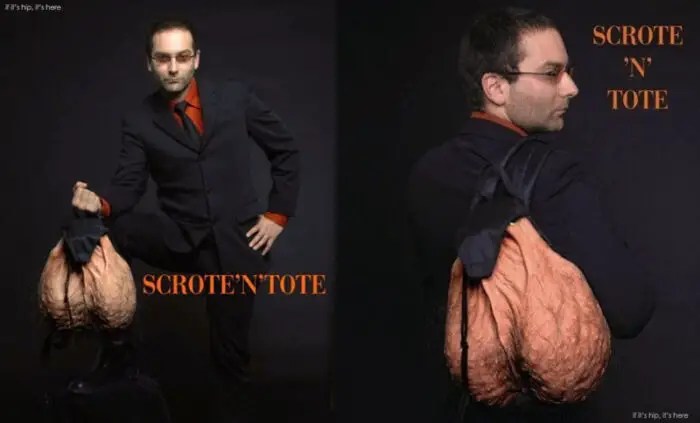 He has launched a crowdfunding campaign to get the proper materials to turn the prototype – which is too heavy and too delicate – into a sturdy and lifelike functioning backpack / knapsack. Once fully funded, he plans on selling the Scrote ‘n’ Tote for $120 USD (plus shipping). But you can purchase one now for $69. 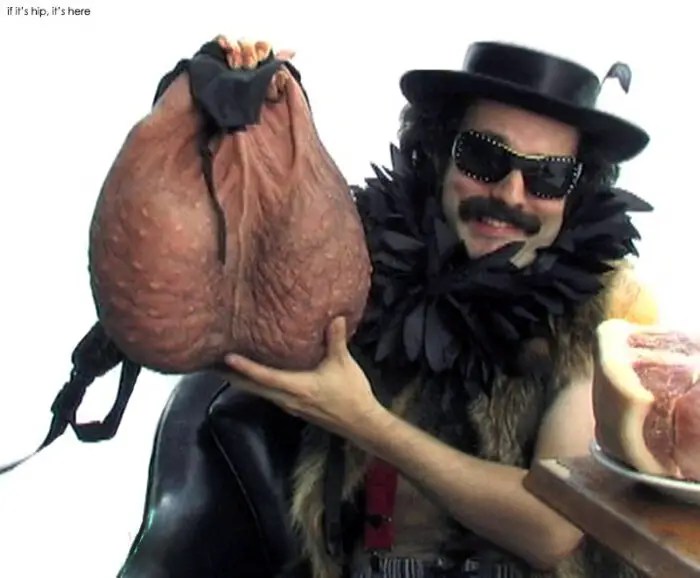 The Scrote’n’Tote prototype you see in the images was produced by hand by special effects makeup and prosthetics artist C.J. Goldman of Montreal.

Daniel plans on offering the Scrote ‘n’ Tote both Ebony and Ivory: 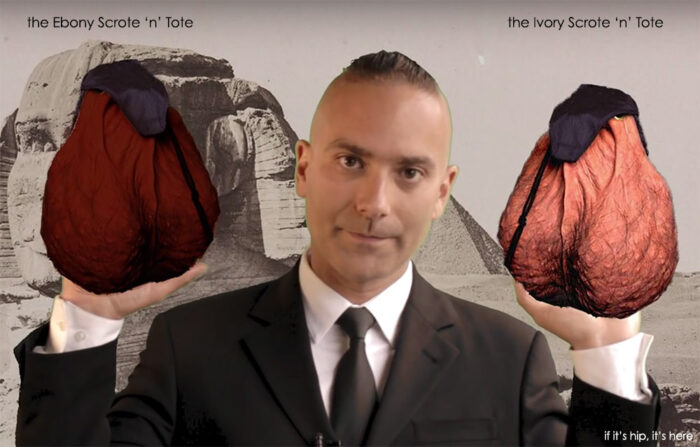 Give the world the gift of Scrotes.™
Only $69 for a very limited time on indiegogo: https://igg.me/at/scrotes