A fun print campaign for Schick by Y&R New Zealand, “Free Your Skin,” features men with animals as beards to convey the message that a man’s beard needs taming or it will become a living creature as part of a campaign for its new Hydro Groomer. 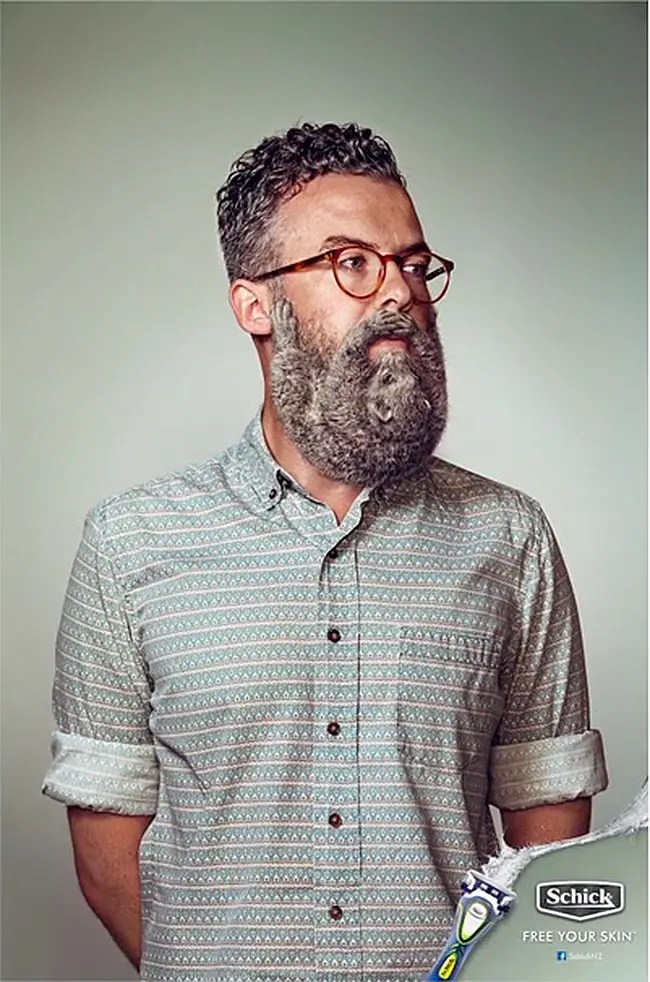 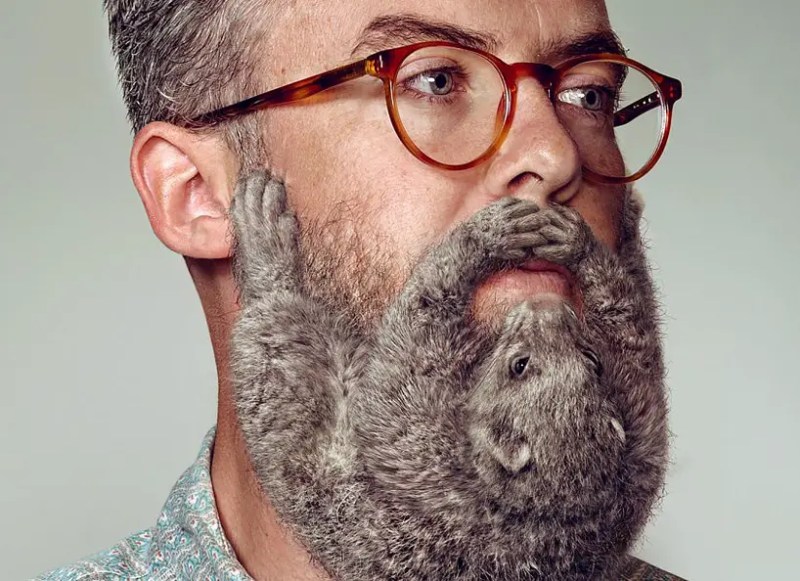 The final ads as compared with the initial comps: 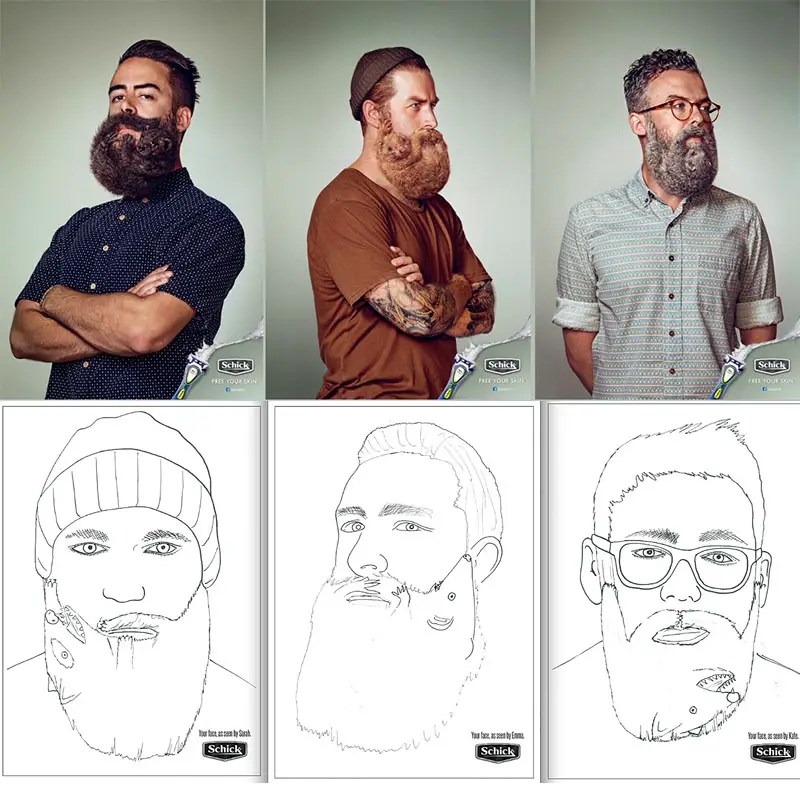 Electric Art who did the compositing (as shown in in the video below) says “We loved the concept of this brief & knew it had the potential to look amazing. Several test comps were done initially to explore the size, type, colour & position of the animal. We settled on a mixture of ferrets for the limbs, face & tail & rabbits for the softer fuller fur of the body. The agency street cast an awesome range of hipsters & Troy worked his magic shooting the selected talent in Auckland. Stephen did a great job shooting the furry critters matching the portrait lighting & posing the animals to match our rough comps. Our menagerie consisted of 6 ferrets & 9 rabbits, all various colours. The rabbits were the best looking of the bunch although the ferrets had all the personality & a rather.. unique.. smell about them. A million furry captures later & we had a fantastic bank of material. The rough comp was remade in high res with input from the creatives & Troy. A super challenging deadline was made achievable thanks to an awesome team effort! “

A Look At the 9/11 Memorial, Museum and Monument Designs at Ground Zero. (65 photos)

Photojournalist Takes A Look At The Big Picture And Decides To Change The World, One Condom At A Time.