` Salt Bride by Sigalit Landau. Mourning to Celebration - If It's Hip, It's Here
Skip to content Salt Bride by Sigalit Landau.
Israeli artist Sigalit Landau decided to immerse a woman’s black dress in the Dead Sea for two years and document its transformation for an eight-part photo series. The process turns a bleak black gown into a sparkling crystalline gown over the course of time.

Since 2004, the Dead Sea has appeared as a ritualistic motif in the artist’s work. In a dramatic desert landscape, its salty sterility offset by its buoyancy, her art has co-opted the sea to transform the most threatening, or abject, memory into a crystalline object of wonder. 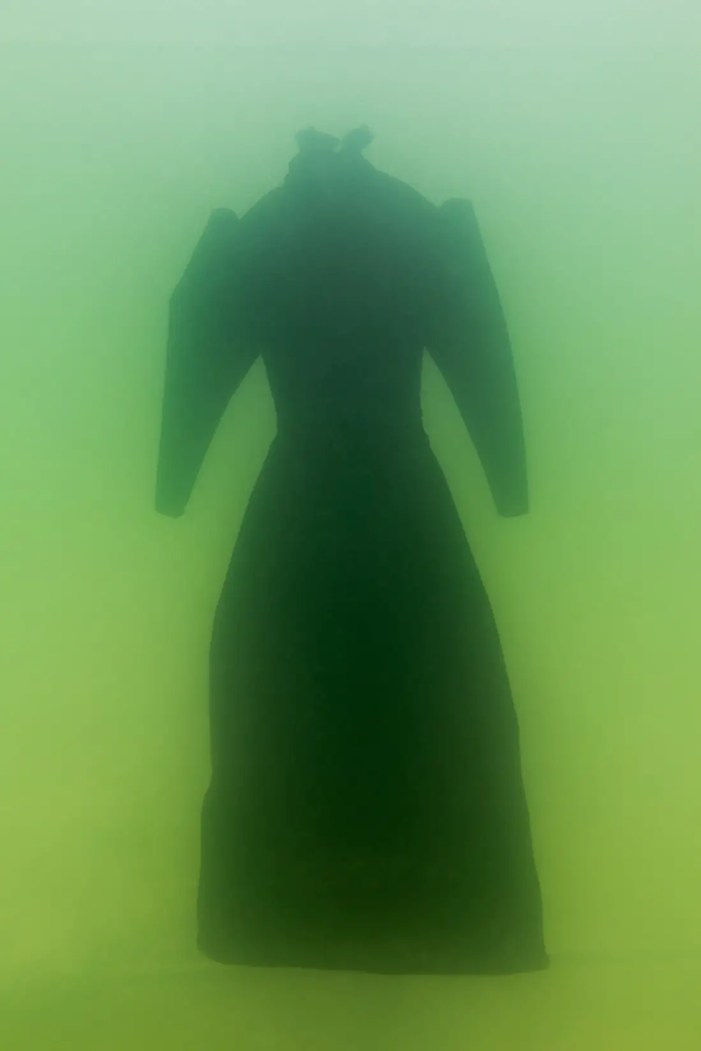 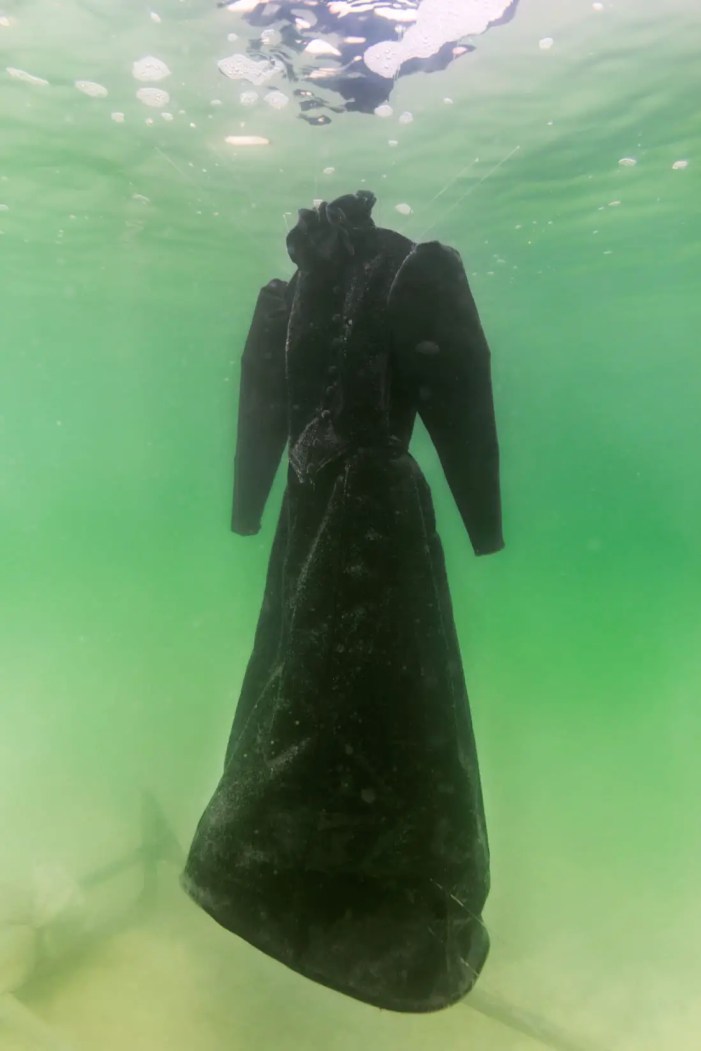 Over the course of three months, more and more salt crystals adhere to the fabric, thickening the gown and turning it from a black mourning gown into a white Bridal gown. 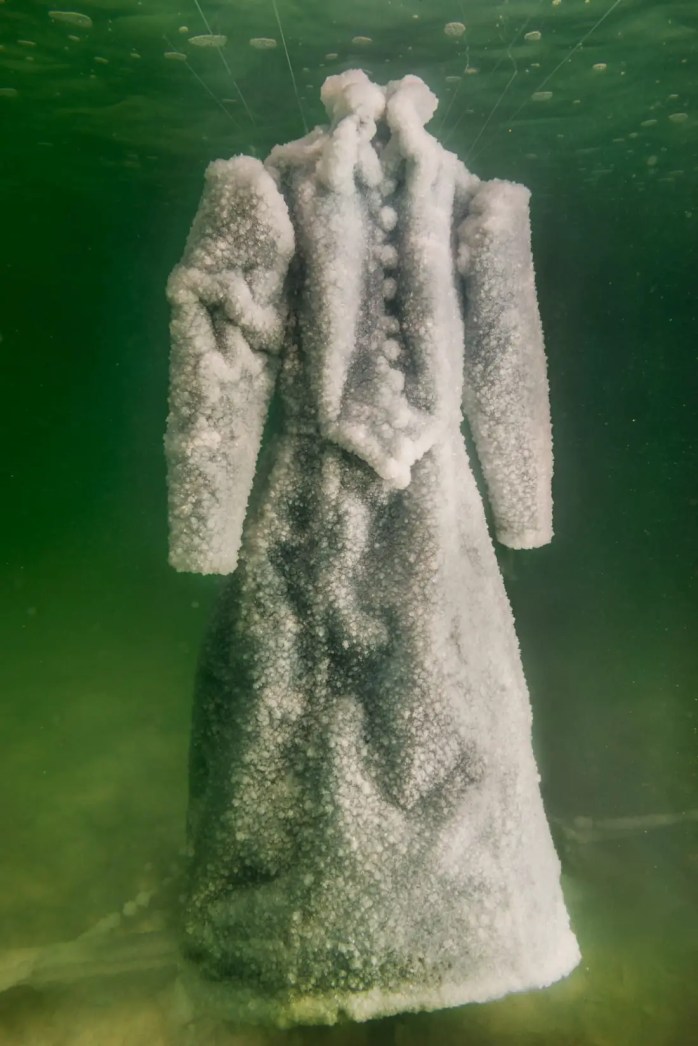 “It looks like snow, like sugar, like death’s embrace,” Landau said of the salt deposits in a statement. The dress is a replica of a traditional garment worn by the protagonist in “The Dybbuk,” a traditional Yiddish play about a bride possessed by, and later exorcised of, a demonic spirit. Symbolically, Landau transforms the garment from a mourning dress to gown of celebration. 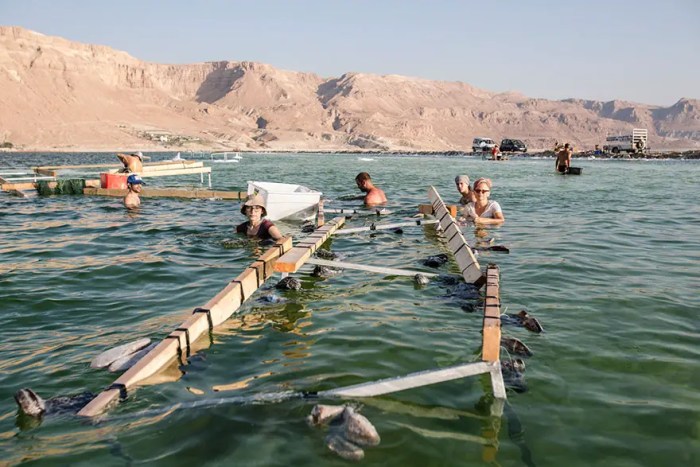 The artist documented the progressive crystallization with an oversized photo series exhibited at the Marlborough Contemporary in London. Here’s How The VW Beetlesphere by Ichwan Noor Was Actually Created.

Hermès Window Display by Zim and Zou is a Fox Den Made of Paper and Leather.