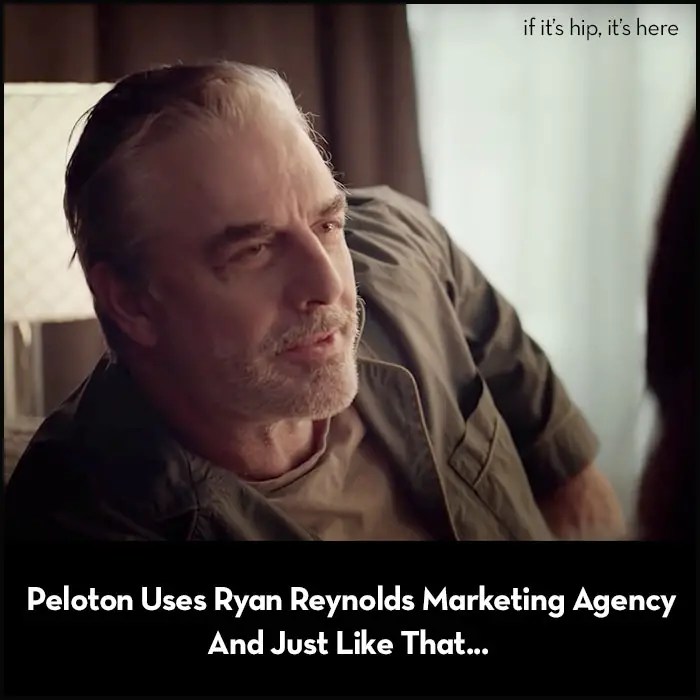 Poor Peloton. They underestimated the stupidity of this country. After having given their approval for the use of their product, a high-end exercise bike, in the premiere episode of HBOMax’s And Just Like That, they find themselves victim of falling stock prices because…..well, people. So what does this have to do with Ryan Reynolds? And why are we posting about him for the second time in a week? Read on. 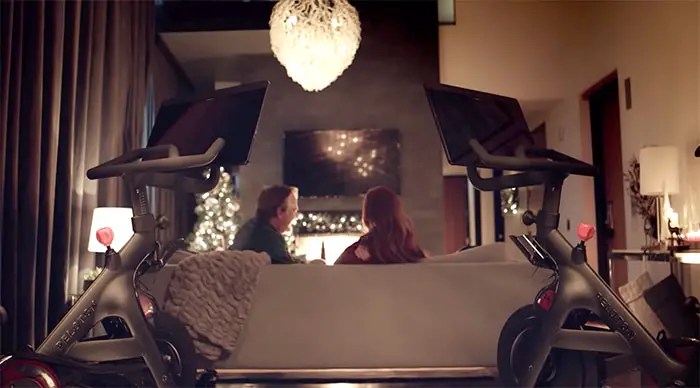 We recently shared the 80s Ad mashups the celebrity created for Jimmy Kimmels’ Live In Front of A Studio Audience and here we are only days later with another post in reverence to the clever Ryan Reynolds.

Founder of marketing agency Maximum Effort, Reynolds has repeatedly shamed advertising agencies worldwide by acting as a one-man-marketing-show; writing, acting in, producing and as the voiceover in his tv commercials for an impressive roster of clients as well as his own Aviation Gin. And in record time as well.

We find most everything he does charming. Even the message on the ‘aboot’ page of  the Maximum Effort website reads “Maximum Effort makes movies, tv series, content, ads, and cocktails for the personal amusement of Hollywood Star Ryan Reynolds. We occasionally release them to the general public.”

Reynolds’ Maximum Effort has created several awarded and talked about spots for clients such as Match.com and Mint Mobile in the past few years. On Sunday he and his marketing company attempted to redeem any possible damage done to Peloton that may have resulted from the airing of the premiere episode of HBO Max’s And Just Like That on December 9th.

The first episode of the Sex and The City reboot included [SPOILER AHEAD] an unexpected ending in which main character Big (played by Chris Noth) dies of a heart attack after a vigorous ride on his Peloton. As a result, Peloton’s stock actually fell.

Reynolds, who now has added Peloton to his roster of clients (read on to see why), responded with this commercial – created within 48 hours – in which not only is Big still alive, but he’s cuddling up with sexy Peloton Instructor Allegra, played by instructor Jess King, on the AJLT episode.

With his and her Peloton bikes parked behind them as they sit in front of a roaring fire, she tells him how great he looks and he gives a not so subtle nod to the bike. Titled “Unspoiler Alert” the ad opens with the line “to new beginnings.”

You may recognize the voiceover in the ad…. it’s Ryan of course! He reminds us that “regular cycling improves your heart, lungs and stimulates your circulation reducing the risk of cardiovascular diseases...” He even sneaks in a reassuring “He’s alive” as the final two words.

This isn’t the first time Reynolds has helped with Peloton’s reputation, although it is as a paid marketer. In December of 2019 Peloton’s stock tumbled as a result of a tv ad criticized for being misogynistic and Reynolds’ responded with a spoof ad for his gin using the same actress, only clearly now having left her sexist husband and moving on ‘to new beginnings’, the same opening line on the Unspoiler Alert ad.

Having made light of the 2019 sexist ad scandal, we can only assume Reynold’s Maximum Effort won over Peloton as a client. If today’s ad with Chris Noth is an indication of his future work for them, we look forward to more of it.

A shout out to Twitter’s Mike Yagi for keeping us in the know!