Korean artist Kim Joon’s Rockers are a series of  prints which feature hands giving the heavy metal music salute (aka ‘The Horns’) embellished with album art and song titles set upon porcelain plates. 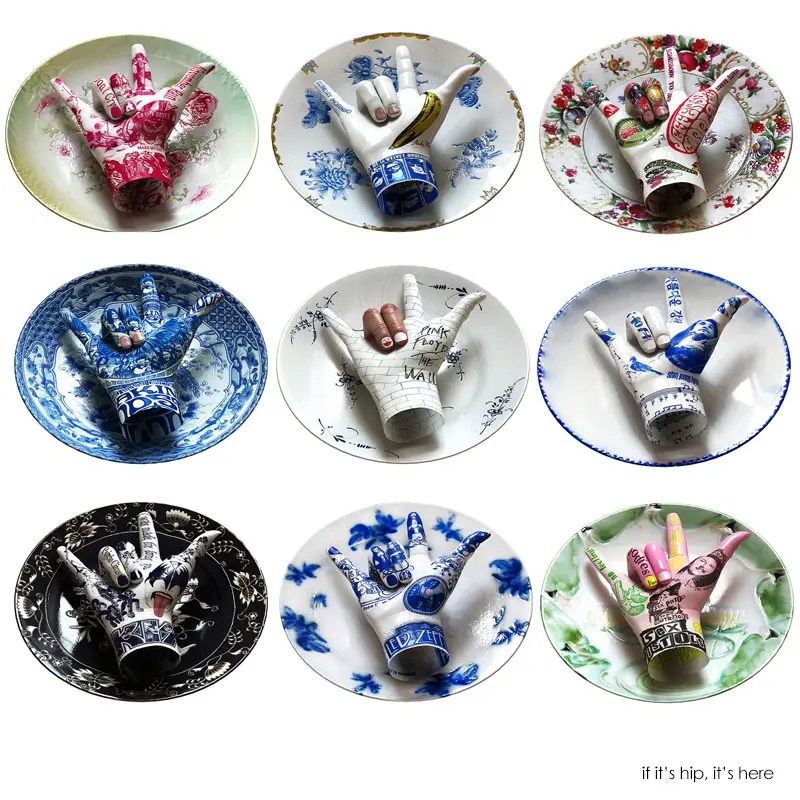 Ceramics are the focal point of almost all of Korean artist Kim Joon’s work. They take the forms of porcelain dinner plates, his primary motif, and are the anchor of many of his compositions and object assemblies. However Joon is not a ceramist. He makes prints and the images are all designed in a 3D modeling program much like the work of Magnus Gjoen. 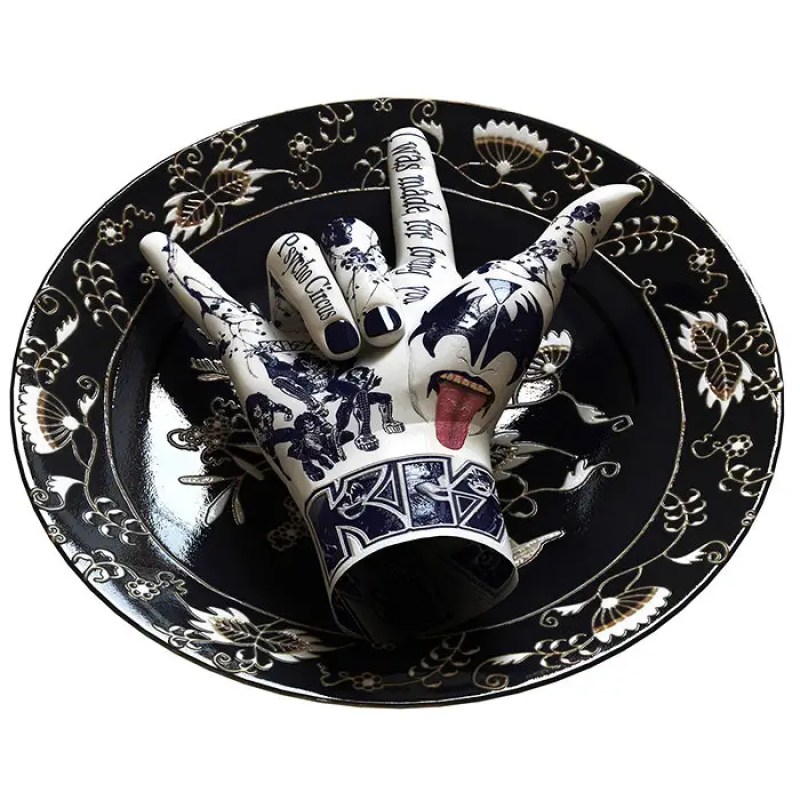 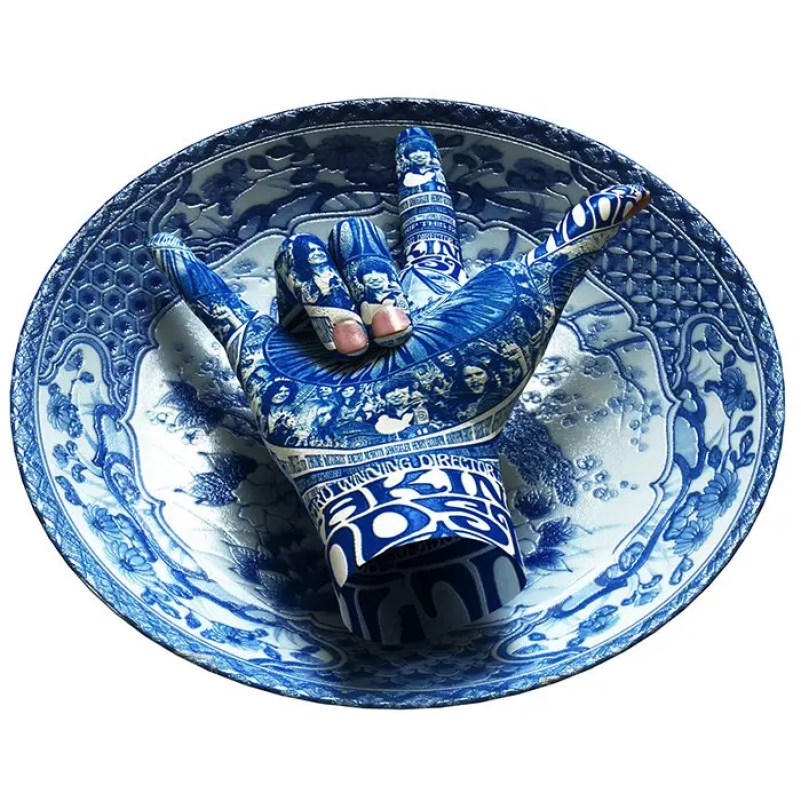 Born in Seoul in 1966, Kim Joon still lives and work in hometown.   He first investigated tattoo as a subject matter in the mid-1990s with three-dimensional sculpture before making use of off-beat techniques such as the 3D Studio Max software. “I see skin, or in some cases the monitor, as an extension of a canvas”, says Kim. While still a cultural and legal taboo in Korea, tattoos are for him a way to externalize subconsciousness. They show in broad daylight the hidden desires globally induced in our collective ideologies by materialistic societies. According to Kim, consumerism has turned humans into generic beings of desire; we covet things so much, they almost permeate ourselves.

A special thanks to Cfile for bringin Joon’s work to my attention.