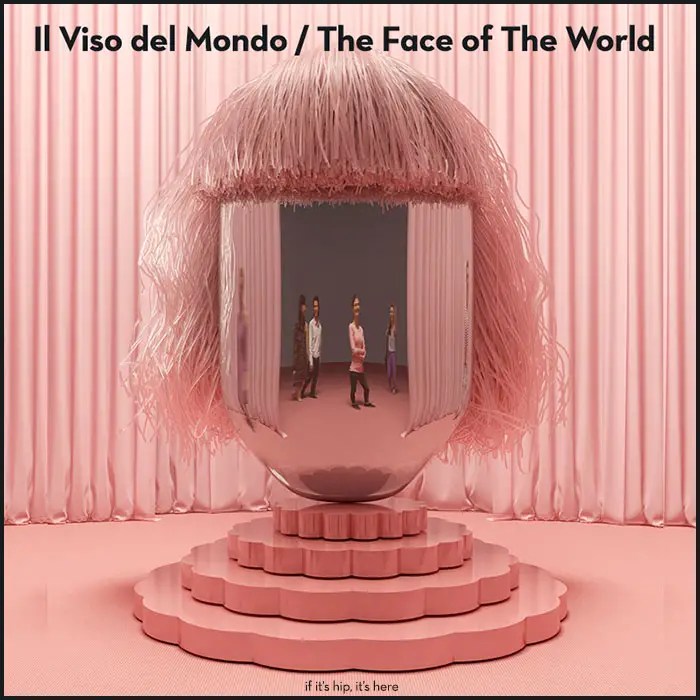 Lebanese interior architect and product designer Richard Yasmine may not have been able to physically attend this year’s Milan Design week, but he was virtually there at his presentation of Il Viso del Mondo, inviting viewers to the crossroads of the physical and digital.

Richard Yasmine’s Il Viso del Mondo (Faces of the World) is a series of giant reflective sculptures that explore the power of the face and emotion. 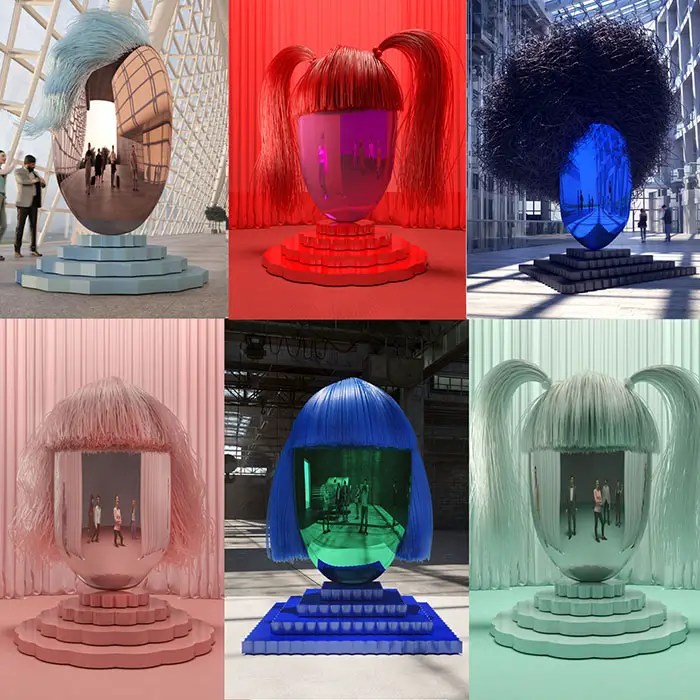 The mirrored visages invite visitors to observe their own reflection as an interactive experience, converting the viewer themselves into part of “The Face of the World” installation. I wanted everyone to see themselves as this larger-than-life being. I want people to believe in their abilities to transform themselves and their world. It’s not just celebrities or people we deem as important or famous that are worthy of recognition. Each one of us is. A Woman is a gift to the world and a symbol of strength and freedom. Exploring the power of the face and its significance as a window to our emotions came very naturally to me. – Richard Yasmine Yasmine sees the human face is an extraordinary social instrument, dynamic canvas or communication screens on which emotions are intensely drawn. He describes his installation in his own words as “a gate serving as a medium to connect with our inner soul, while being persistent in self-awareness and accountability, however by contemplating yet listening to our soul’s desire.” And says that “the soul communicates through the body, gestures and feelings reflected on this mirrored surface… Eventually, with this approach or therapy, we urge the mind to regenerate it self-confidence along with its Soul, Ego, and Cognitive-Behaviour.” Inspired by pop culture, its aesthetics, icons and vivid colors, the sculptural shapes in IL VISO DEL MONDO are made of reflective convex/protruding surfaces in high polished coated stainless steel finished with waterproof synthetic fibers for the hair shapes and styles on a “collerette” type platform. About the Artist: (from his website)
Richard Yasmine a Lebanese interior architect and product designer, filled with imagination using his imaginary world as a simulation to try out new ideas and create new objects inspired of life, objects and emotions, the human body: physiology and needs, but also focuses on internal chaos combined with a certain innate sensitivity; sometimes extreme and provocative or even not expected by others but still minimal, bold, and straightforward without disguising or hiding true reality. He never tends to identify the difference between reality and imagination this what helps him creating intriguing and controversial design objects yet complicated in the process of production however this is distinctive in his personality.

Trying always to incorporate a fresh approach sticking to his culture and tradition, frequently in a muddled process but a precise immaculate result not following any specific period or trend but a reflection of his own image. Integrating the Middle Eastern specifically the Lebanese knowhow and spirit within the recipe of each of his products; collaborating with craftsmen, consequently to reveal the oriental feel through an extravagant aspect, searching to spread the marriage between tradition and new technologies, by keeping his signature identity of commotion mixing craziness to sobriety with a touch of fantasy.

The FTS Paintings by Pulpbrother Couldn’t Be More Timely. (UPDATED with More!)