` Ralph Lauren PoloTech Shirt Is Like A Fit Band For Your Body - If It's Hip, It's Here
Skip to content The Ralph Lauren has launched a Polo shirt that has sensors knitted into it to read biological and physiological information. The data collected by the shirt includes an accelerometer and gyroscope, which capture movement and direction. 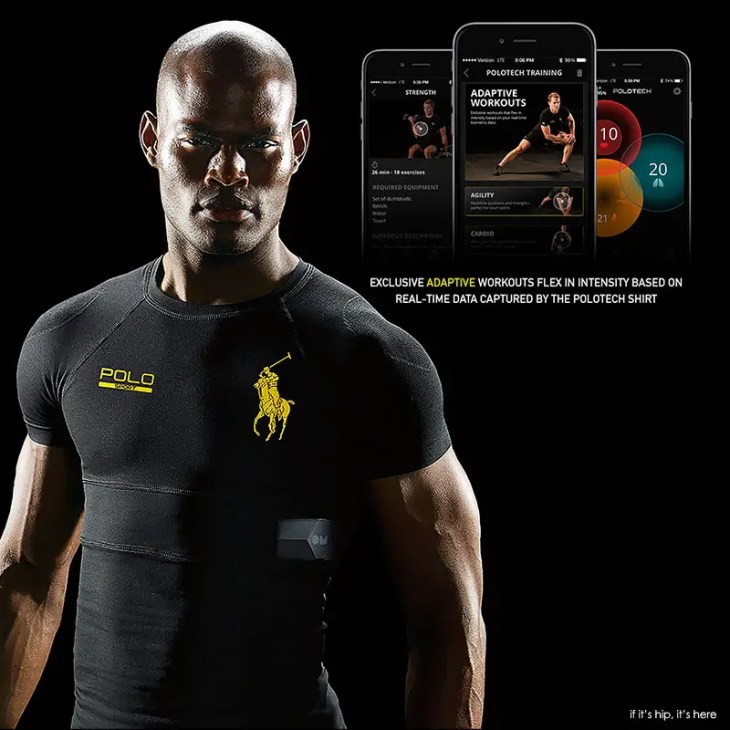 That data gauges important performance-oriented biometrics, including heartbeat and respiration, as well as some psychometrics, such as stress level and energy output. The data is then streamed via the detachable blue-tooth enabled black box to the PoloTech app (available through iTunes) which you can read on your mobile device. 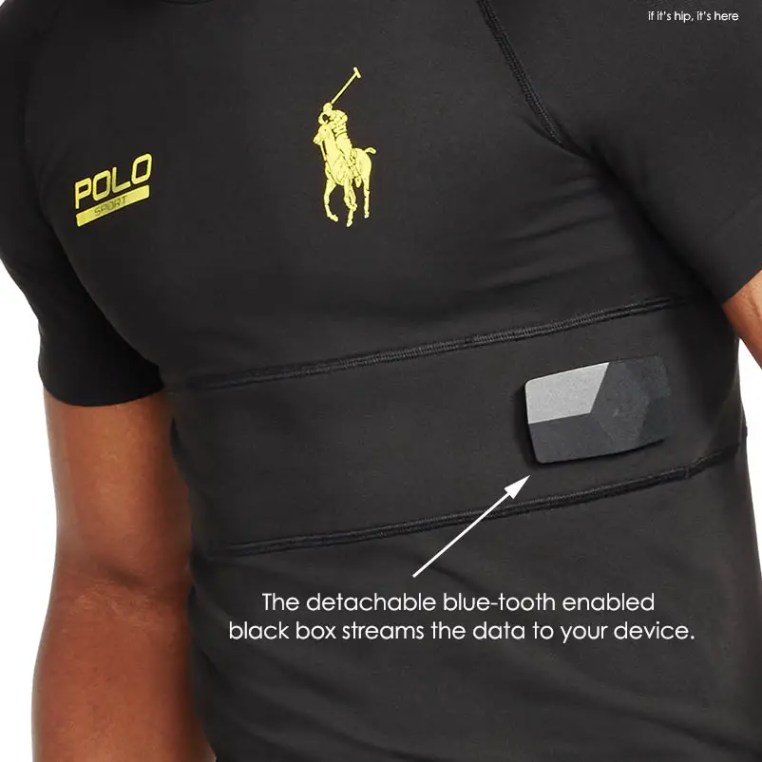 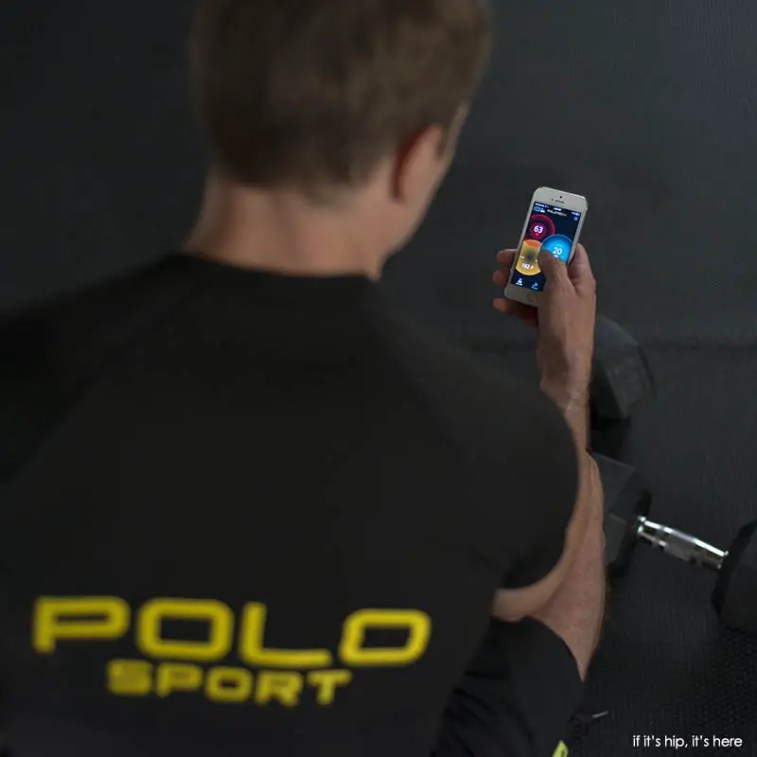 Once the black box is detached from the shirt, it can be thrown in the washing machine and washed like any other fitness shirt. 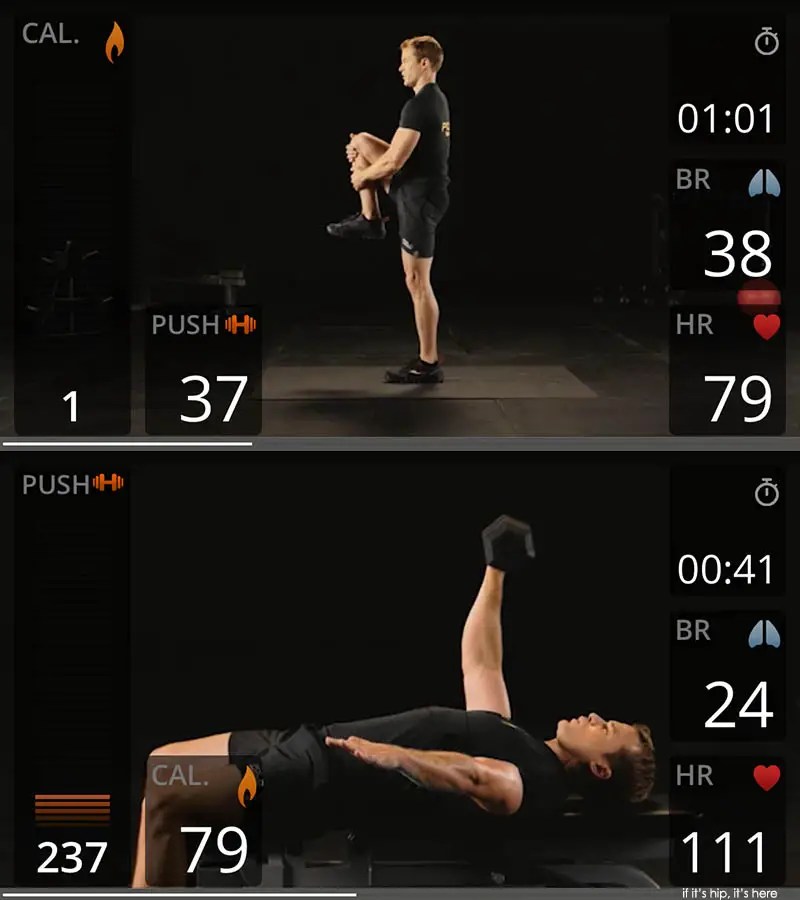 How it looks
The compression shirt has a sleek look in black with a signature yellow Polo Player logo. The second-skin fit enhances comfort and agility. 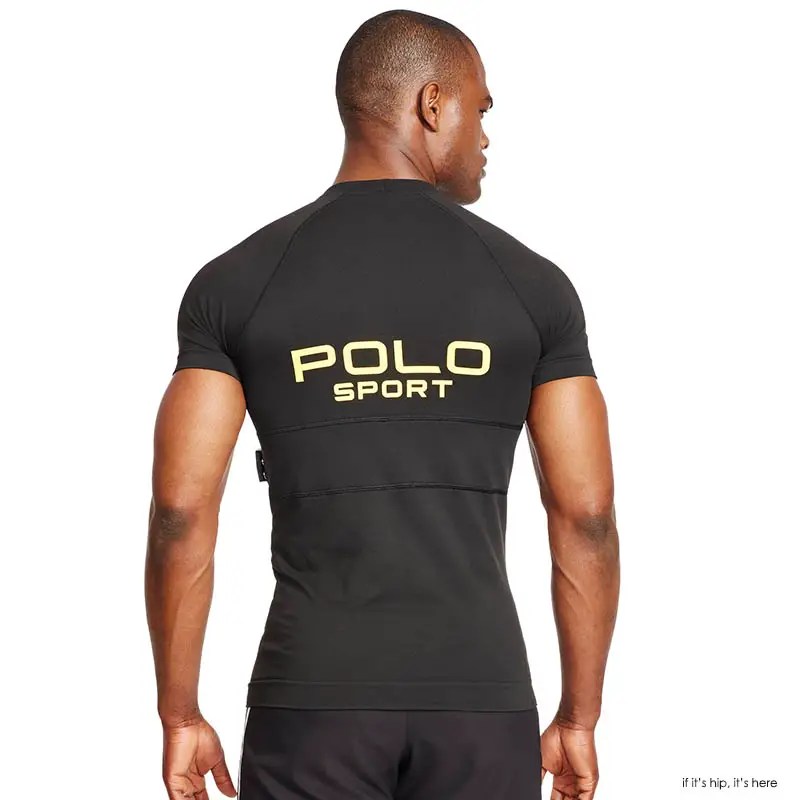 How it works
The Ralph Lauren Polo Tech shirt was developed with proprietary technology from Canadian-based OMsignal, whose team includes experts in neuroscience, sports medicine and engineering. With OMsignal, the shirt itself is the sensor. The OM platform delivers a wide variety of physiological data through seamless apparel directly to the users via an app on their smartphone, watch or any mobile device.

“The PoloTech shirt points the way to the next generation of activewear. Going beyond the digital-only experience of today’s fitness platforms, it is the first product to bring advanced apparel technology and digital fitness technology together, into one smart, connected apparel product,” said Stéphane Marceau, CEO of OMsignal

With OMsignal, the data collected by the shirt is stored by a “black box,” which includes an accelerometer and gyroscope, which capture movement and direction. That ”black box” transmits the data into the cloud, where it is plugged into a number of algorithms that gauge important performance-oriented biometrics, including heartbeat and respiration, as well as some psychometrics, such as stress level and energy output. 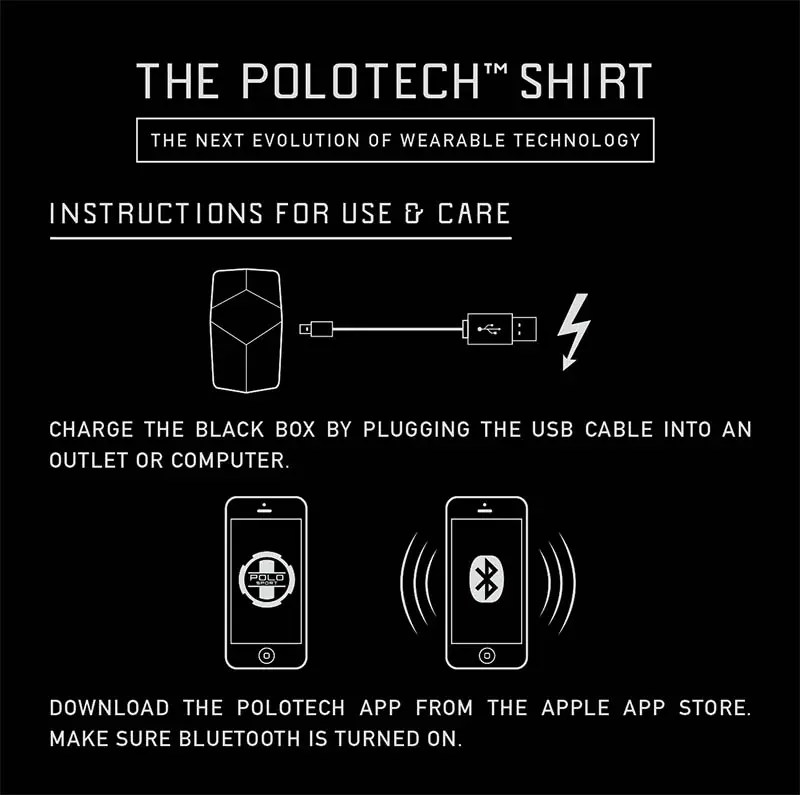 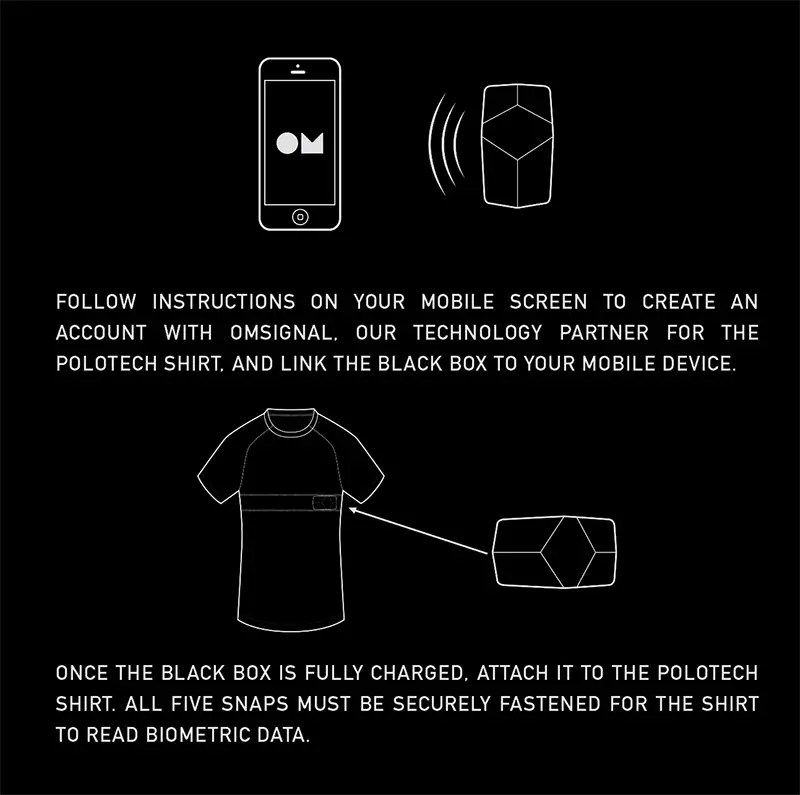 In 2014 OMsignal launched their own line of Biometric Smartwear for men (and soon for women) but without a name associated with the fashion industry, chances are you’ve never heard of it.

As Ralph Lauren further expands its high-tech presence, this Polo Tech shirt represents the company’s most recent initiative in the technology realm. The launch follows other innovative platforms already established such as the 4D Light Show, The Dog Walk – a unique digital collaboration showcasing the Ralph Lauren Fall 2013 Accessories Collection in collaboration with the ASPCA® and the RL Children’s Virtual Storybook.

Visit the iTunes App store to check out the PoloTech app

That Dakota Johnson Dress! The Best Fashion at the Venice Film Festival.