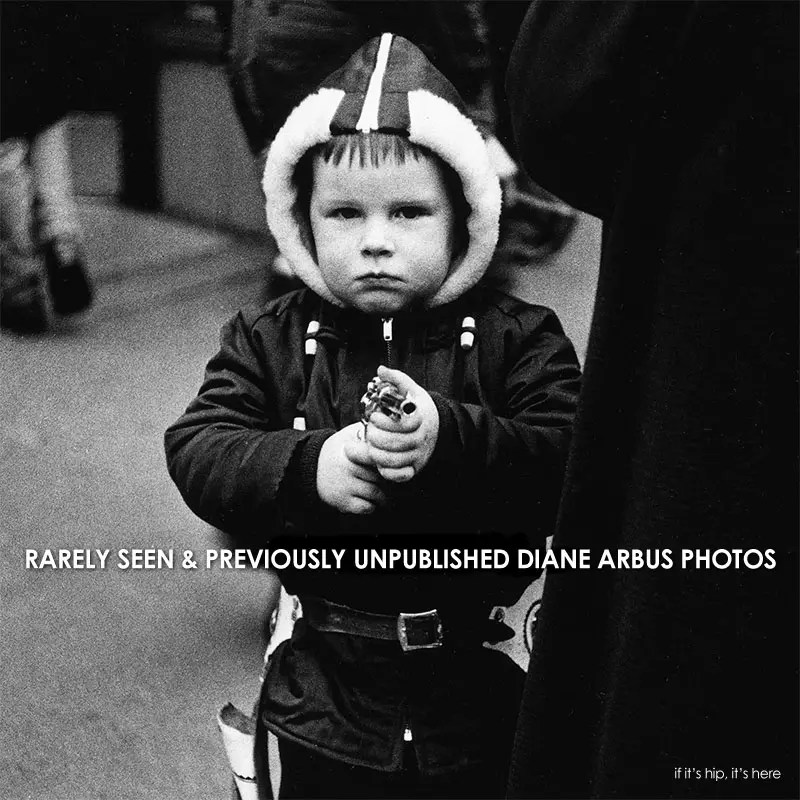 diane arbus: in the beginning will open on July 12, featuring more than 100 photographs that together will redefine one of the most influential and provocative artists of the 20th century. 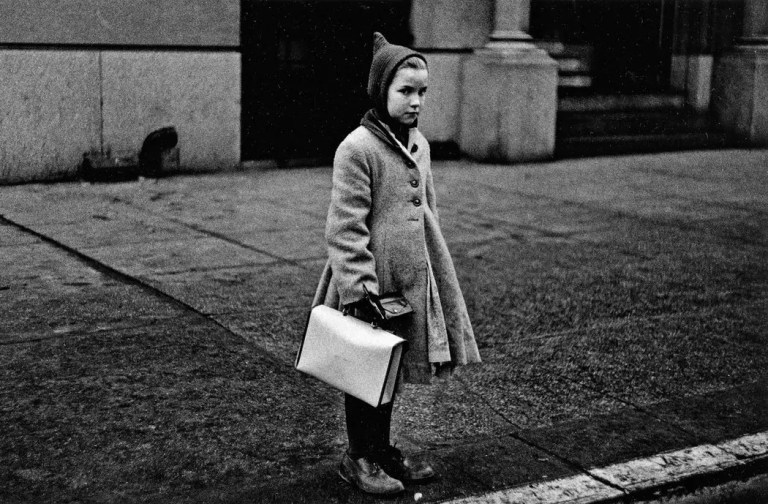 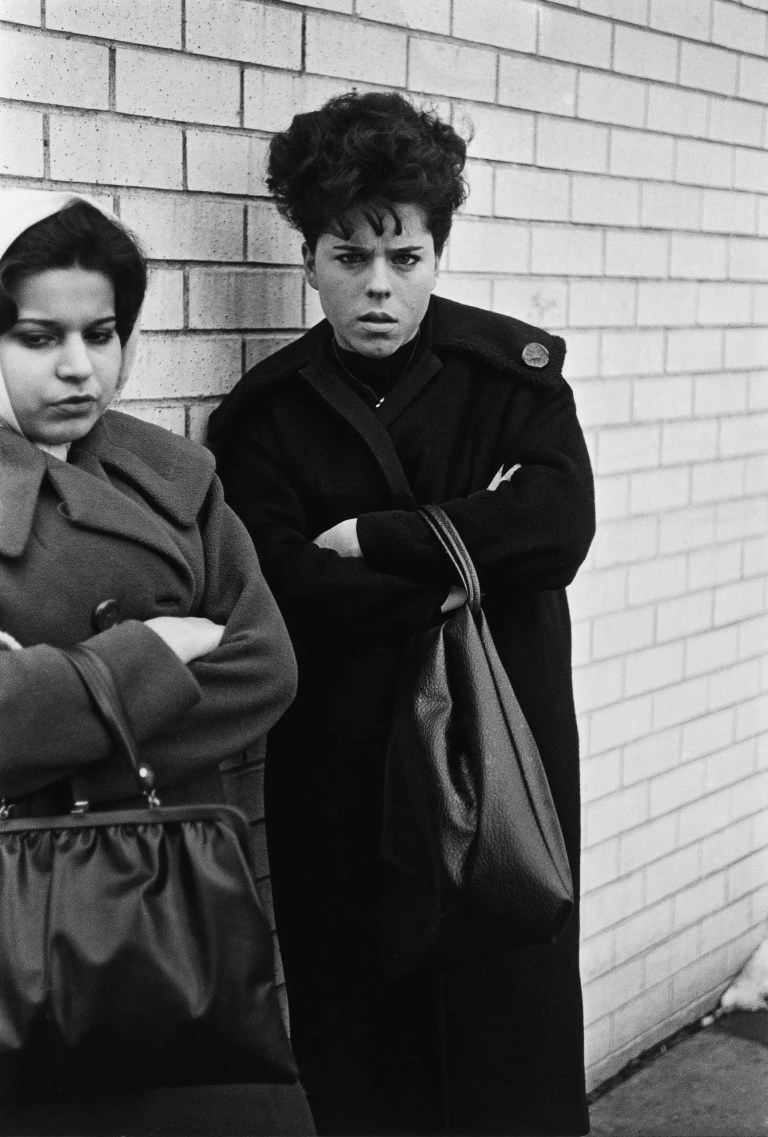 diane arbus: in the beginning focuses on seven key years that represent a crucial period of the artist’s genesis, showing Arbus as she developed her style and honed her practice. Arbus was fascinated by photography even before she received a camera in 1941 at the age of 18 as a present from her husband, Allan, and made photographs intermittently for the next 15 years while working with him as a stylist in their fashion photography business. But in 1956 she numbered a roll of 35mm film #1, as if to claim to herself that this moment would be her definitive beginning. Through the course of the next seven years (the period in which she primarily used a 35mm camera), an evolution took place—from pictures of individuals that sprang out of fortuitous chance encounters to portraits in which the chosen subjects became engaged participants, with as much stake in the outcome as the photographer. This greatly distinguishes Arbus’s practice from that of her peers, from Walker Evans and Helen Levitt to Garry Winogrand and Lee Friedlander, who believed that the only legitimate record was one in which they, themselves, appear to play little or no role. In almost complete opposition, Arbus sought the poignancy of a direct personal encounter. “Arbus’s early photographs are wonderfully rich in achievement and perhaps as quietly riveting and ultimately controversial as the iconic images for which she is so widely known. She brings us face-to-face with what she had first glimpsed at the age of 16—‘the divineness in ordinary things’—and through her photographs we begin to see it too.” – Jeff Rosenheim, Curator in Charge of the Department of Photographs, Met Breuer Arbus made most of her photographs in New York City, where she was born and died, and where she worked in locations such as Times Square, the Lower East Side, Coney Island, and other areas. Her photographs of children and eccentrics, couples and circus performers, female impersonators and Fifth Avenue pedestrians are among the most intimate and surprising images of the era. From the beginning, Arbus believed fully that she had something special to offer the world, a glimpse of its many secrets: “I do feel I have some slight corner on something about the quality of things. I mean it’s very subtle and a little embarrassing to me but I really believe there are things which nobody would see unless I photographed them.”

Screaming woman with blood on her hands, 1961 (taken in theater): 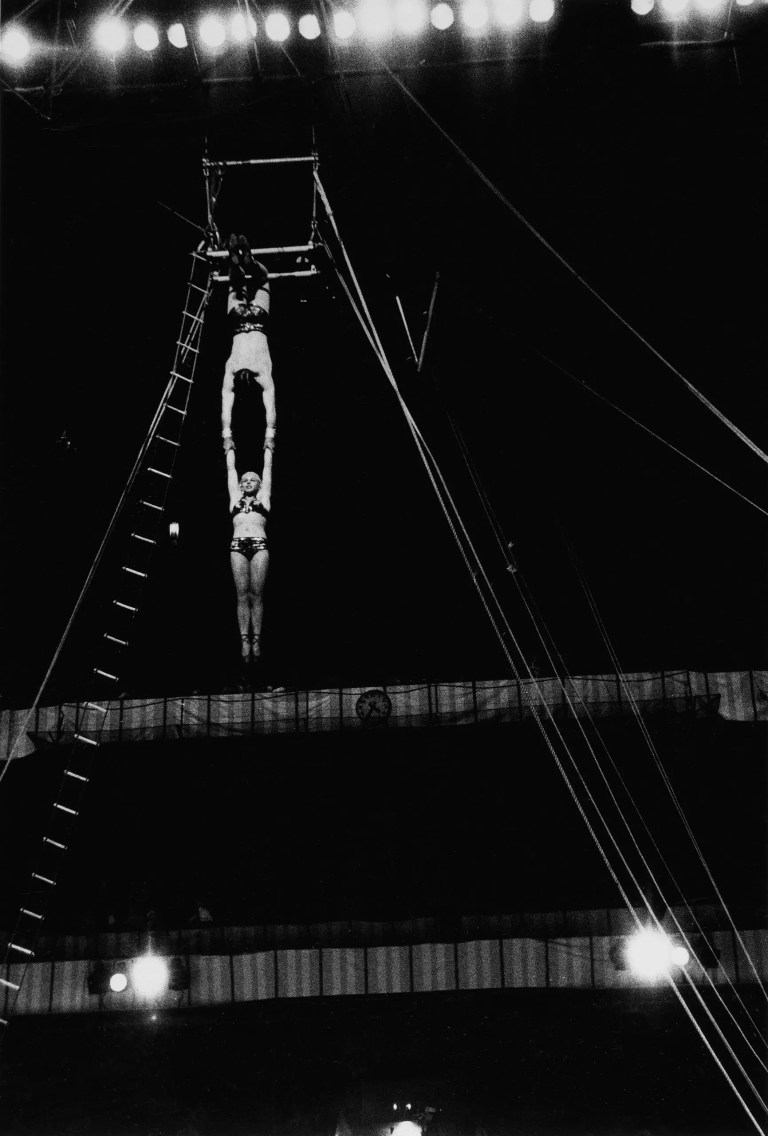 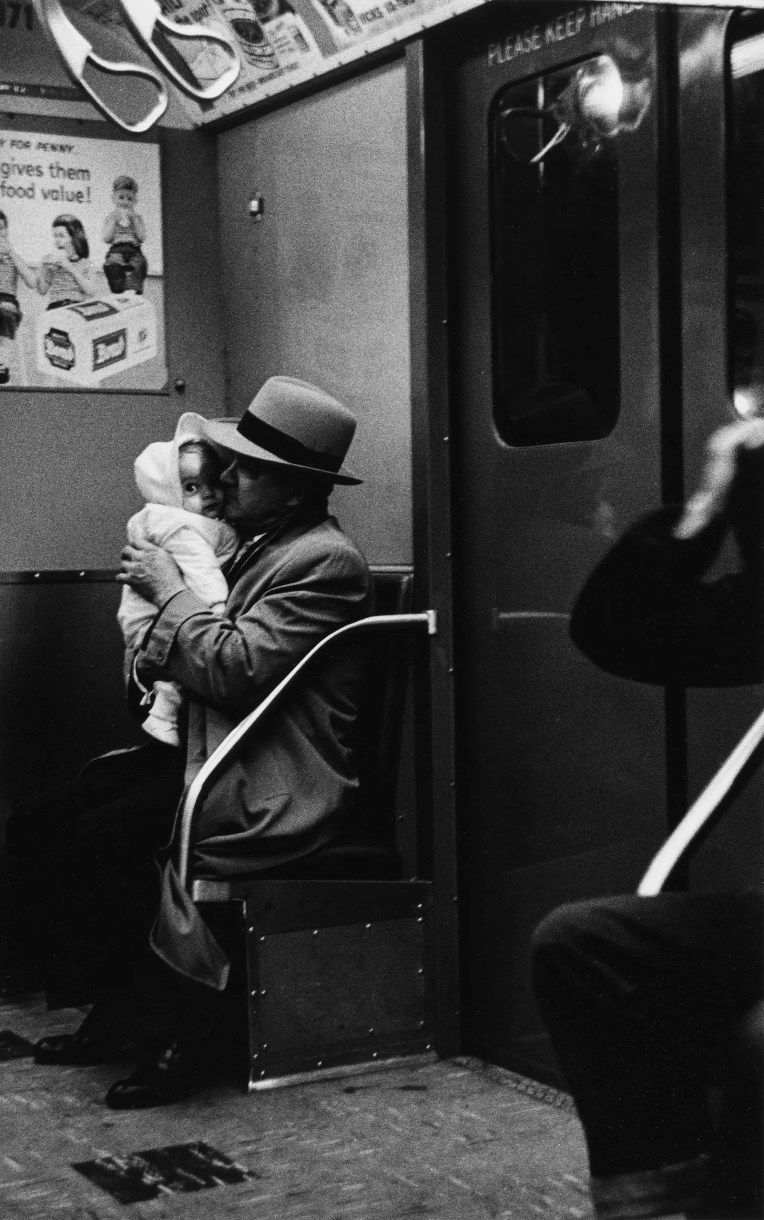 Nearly half of the photographs that Arbus printed during her lifetime were made between 1956 and 1962, the period covered by this exhibition. At the time of her death in 1971, much of this work was stored in boxes in an inaccessible corner of her basement darkroom at 29 Charles Street in Greenwich Village. These prints remained undiscovered for several years thereafter and were not even inventoried until a decade after her death. The majority of the photographs included in the exhibition are part of the Museum’s vast Diane Arbus Archive, acquired in 2007 by gift and promised gift from the artist’s daughters, Doon Arbus and Amy Arbus. It was only when the archive—a treasury of photographs, negatives, notebooks, appointment books, correspondence, and collections—came to The Metropolitan Museum of Art in 2007 that this seminal early work began to be fully explored. 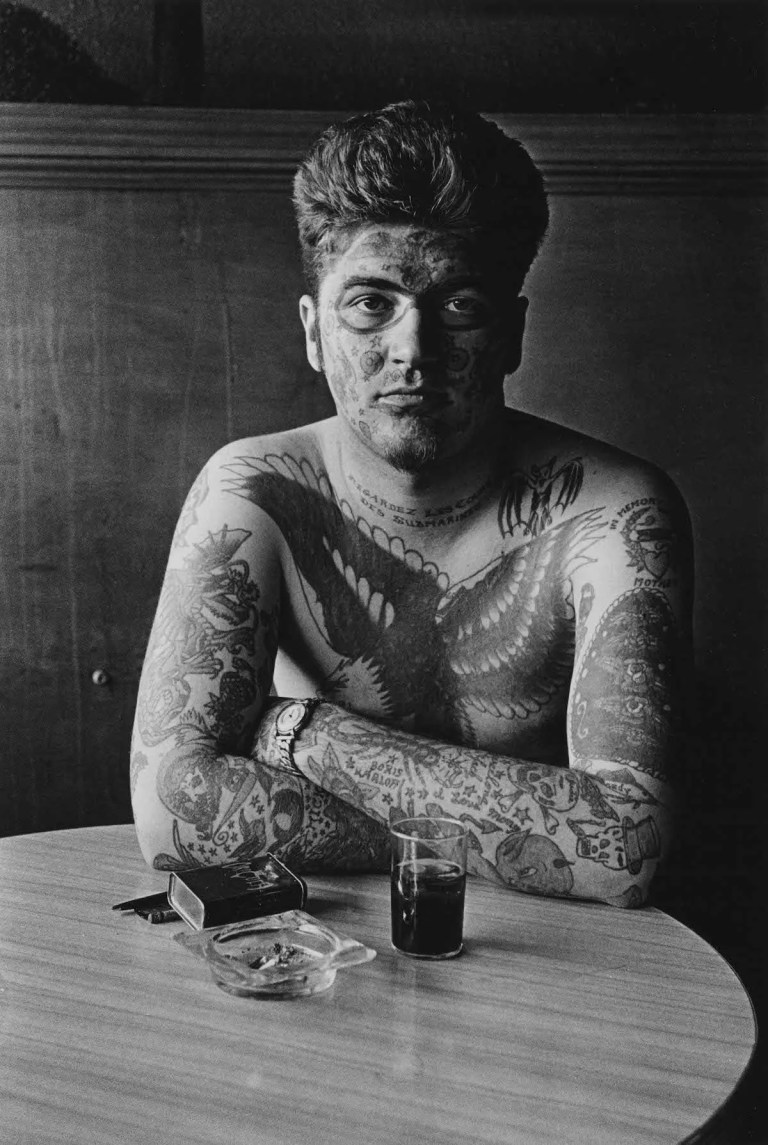 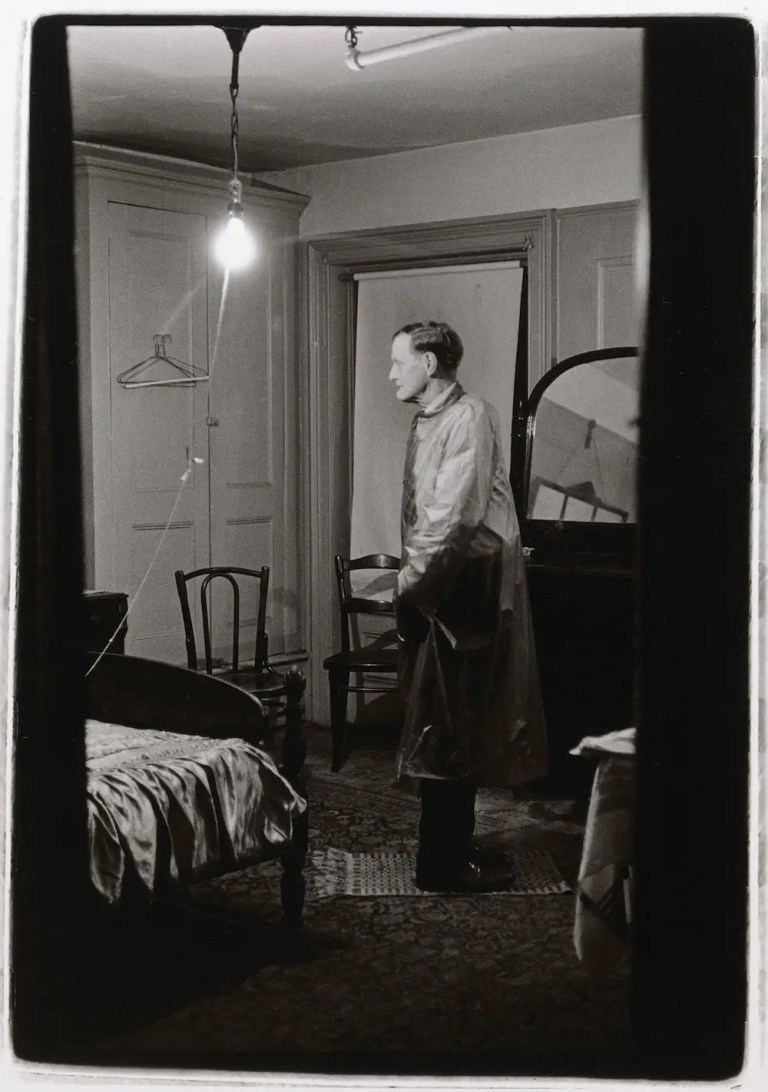 As well as completely unknown additions to her oeuvre, such as..

Taxicab driver at the wheel with two passengers, N.Y.C, 1956: 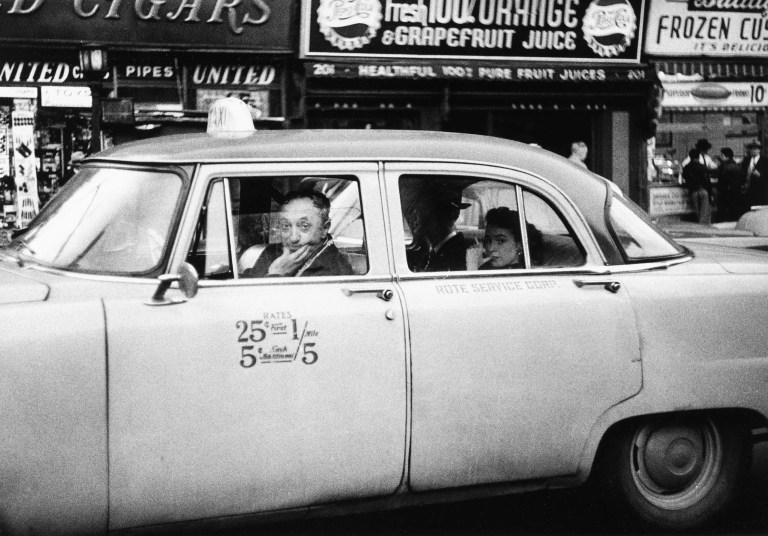 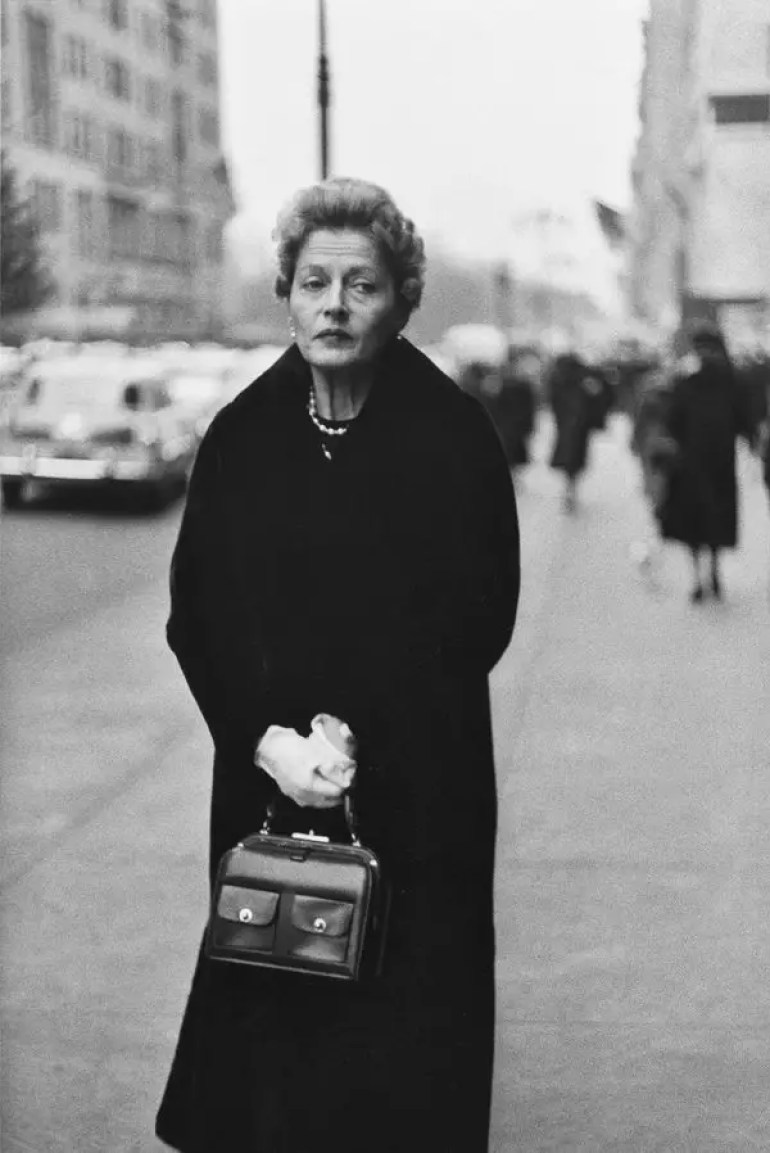 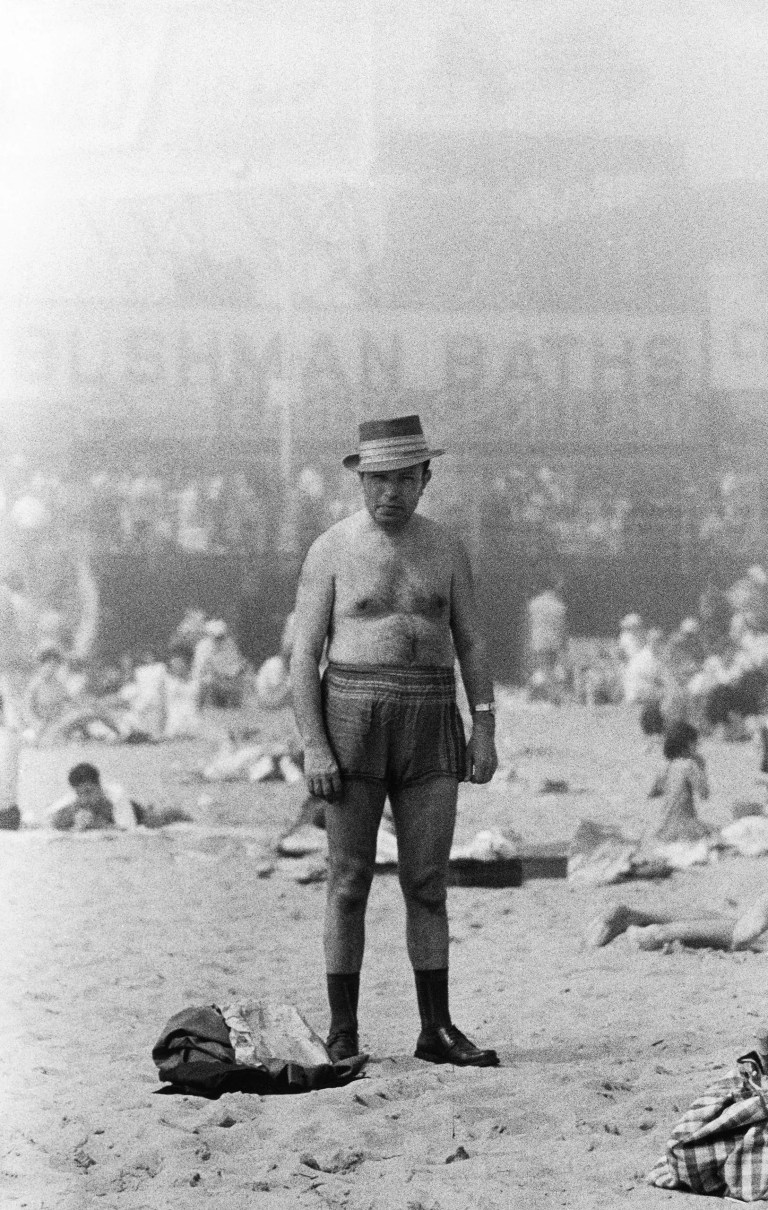 Included among the selection of six square-format photographs from 1962 is the iconic Child with a toy hand grenade in Central Park, N.Y.C., 1962, a photograph that signals the moment when Arbus turned away from the 35mm camera and started working with the 2¼ inch square format Rolleiflex camera, a format that remained a distinctive attribute of her work for the rest of her life. The photographs from her early career reveal that the salient characteristics of her work—its centrality, boldness, intimacy, and apparent artlessness—were present in her pictures since the very beginning. Arbus’s creative life in photography after 1962 is well documented and already the stuff of legend; now, for the first time, we can properly examine its origins. 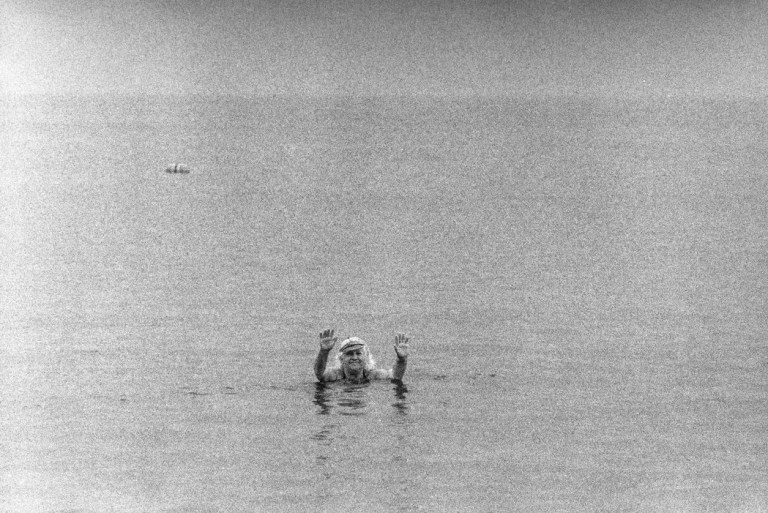 The Met Breuer:
On March 18, 2016, The Met Breuer opened as part of the Metropolitan Museum of Art’s modern and contemporary art program. The building, designed by Marcel Breuer and located at on Madison Avenue and 75th Street, provides additional space to explore the art of the 20th and 21st centuries through the global breadth and historical reach of the Met’s unparalleled collection.

Exhibition Credits
diane arbus: in the beginning is curated by Jeff L. Rosenheim, Curator in Charge of the Department of Photographs at The Met and he gave a wonderful interview to the New York Times about the upcoming exhibit you ought to read here.

The Book
diane arbus: in the beginning is a hardcover book which showcases over 100 of the artist’s early photographs, more than half of which are published here for the first time. The book provides a crucial, in-depth presentation of the artist’s genesis, showing Arbus as she developed her evocative and often haunting imagery. The photographs featured in this handsome volume reveal an artist defining her style, honing her subject matter, and in full possession of the many gifts for which she is now recognized the world over.
Pre-order it here.