A look at the recent colored pencil and soft pastel drawings of Toronto-based Winnie Troung whose work has evolved over the years to result in a more visceral and mature take on her earlier ‘hair-centric’ pieces.

Artist Winnie Truong is best known for her surreal and intricate colored pencil drawings (created from 2010-2014) consisting of women whose hair played a major role in her executions. Inspired by beauty and trends, the artist has said that hair fascinates her as a naturally occurring phenomena that women can adorn and alter as a way of expressing everything from gender and class to personality. The surreal aspect comes in when the hair in her work behaves unconventionally and overpowers the image to the extent that it becomes the primary subject.

As of late, Winnie’s work has evolved to become less literal and more visceral. Utilizing her hair-like style of drawing, these 2015 works combine the nude female form with the undulating texture of ferns, filigree and feathers, largely concealing the subject and yet simultaneously revealing their vulnerability. Recently the artist has begun working with cut paper as well and you can find those 2016 pieces here 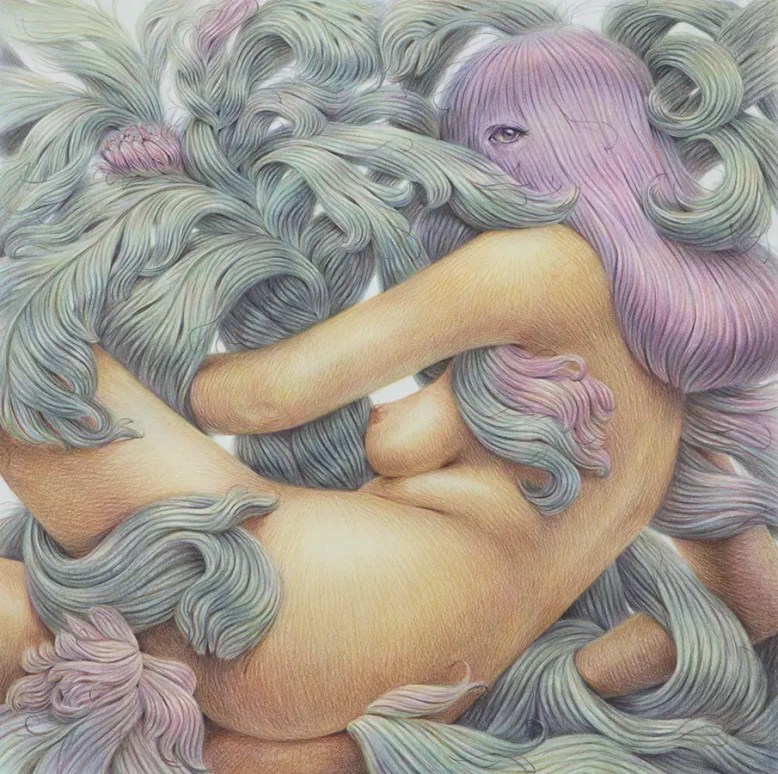 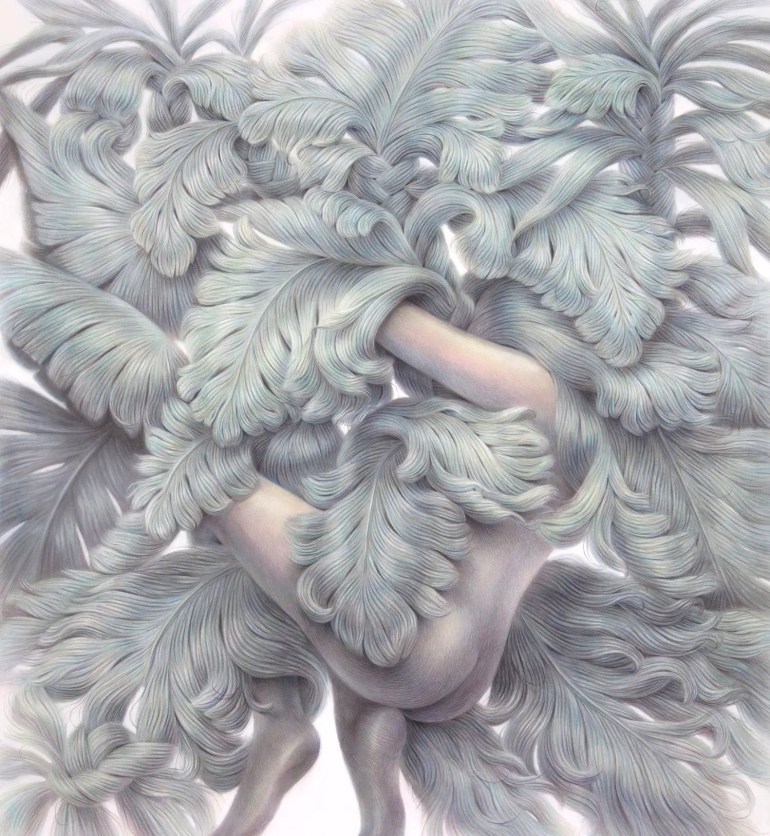 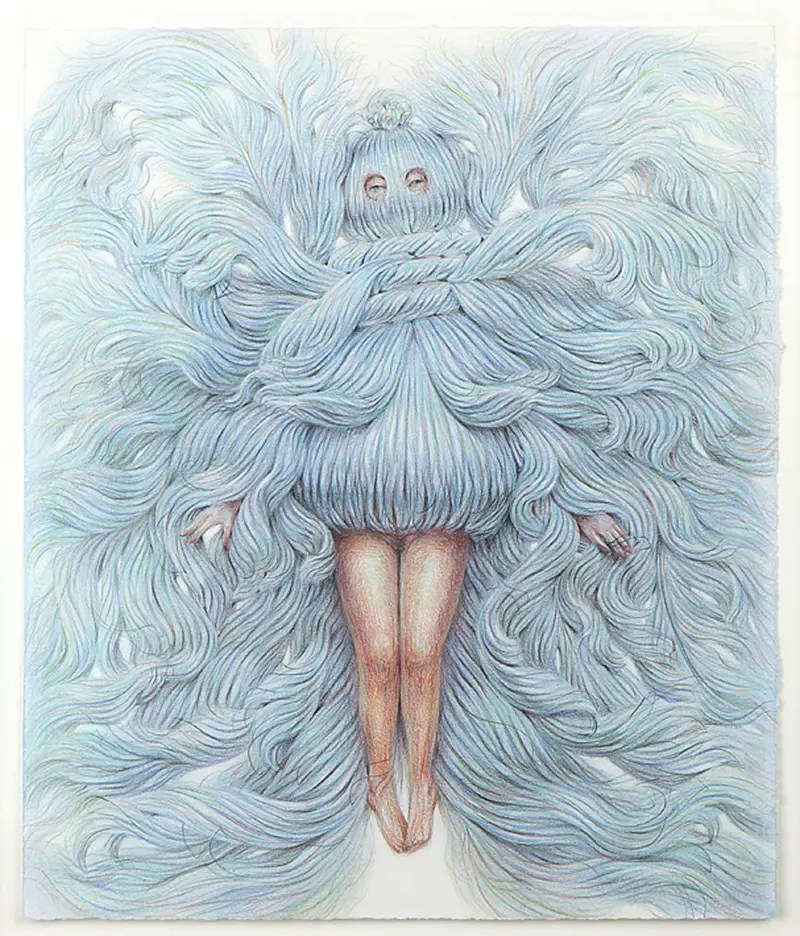 Winnie has also been working with cut paper as of late and Juxtapoz has a nice feature on that you can find here.

Other contemporary art blogs and magazines have covered also her work extensively. Here are a few examples of coverage on her earlier works:

• Booooooom featured her hair drawings in 2012 here And then her later work in 2014 which still largely revolved around hair.
• Hi-Fructose magazine had a studio visit with the artist you can read here

Biography
Born in 1988, Winnie Truong lives and works in Toronto, where she received a BFA from the Ontario College of Art and Design’s drawing and painting program. Truong is a recipient of the Toronto Arts Council and Ontario Arts Council visual arts grants and of numerous awards, including W.O. Forsythe award, the 401 Richmond Career Launcher prize and the BMO 1st! Art Award for Ontario, through which she exhibited at the MOCCA. Winnie has exhibited internationally in galleries across Toronto, LA, and Copenhagen and in New York where she was featured at VOLTA, NY Art Fair. Her work has been published in numerous art publications, including the cover of Hi-Fructose, Juxtapoz, and Walk the Line: The Art of Drawing. Her work is in the collection of The Nerman Museum of Contemporary Art, Overland Park, Kansas, Doris McCarthy Gallery at the University of Toronto, and Bank of Denmark.

Fabric Covered Padded Pixel Portraits Made With The Help Of Prison Inmates.