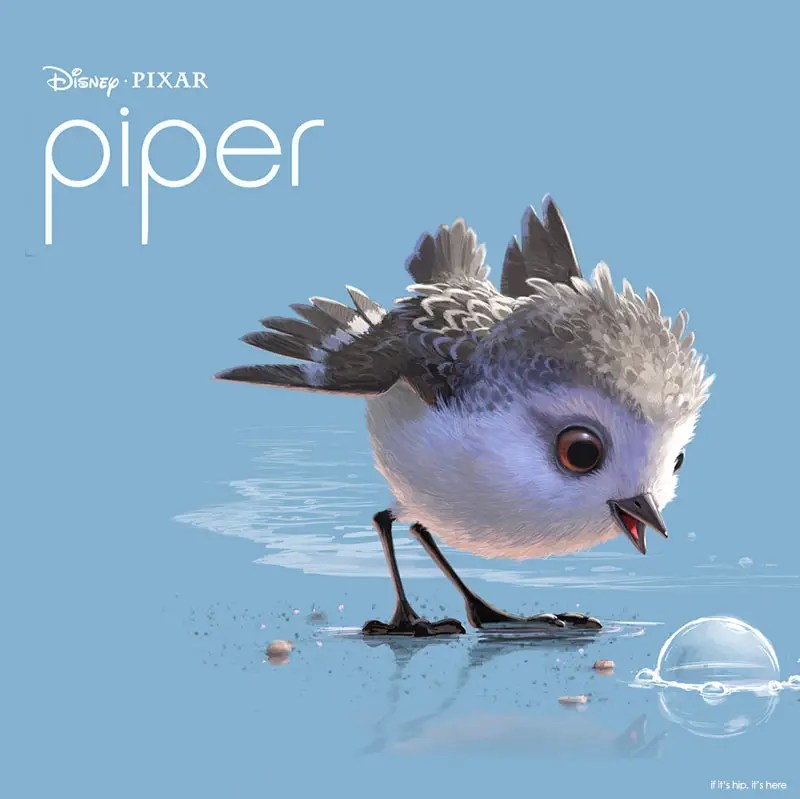 Here’s a look at Pixar’s Piper, an adorable 6 minute short. Initially released in theaters with Pixar’s Finding Dory this past summer, it’s now available to view online in full. 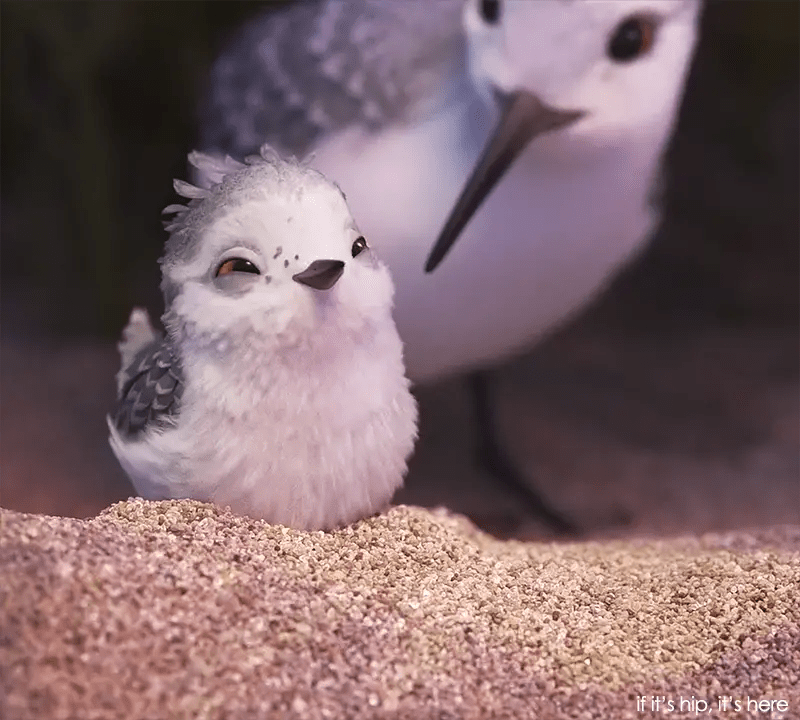 The beautifully animated tale tells the story of a Sandpiper hatchling as she leaves her nest for the first time in search of food. The only problem is, the food is buried beneath the sand where scary waves roll up onto the shore. Terrified of the water; she refuses to leave the nest, but soon notices a group of hermit crabs digging into the sand to find deeper food and keep from being buffeted by the tide. 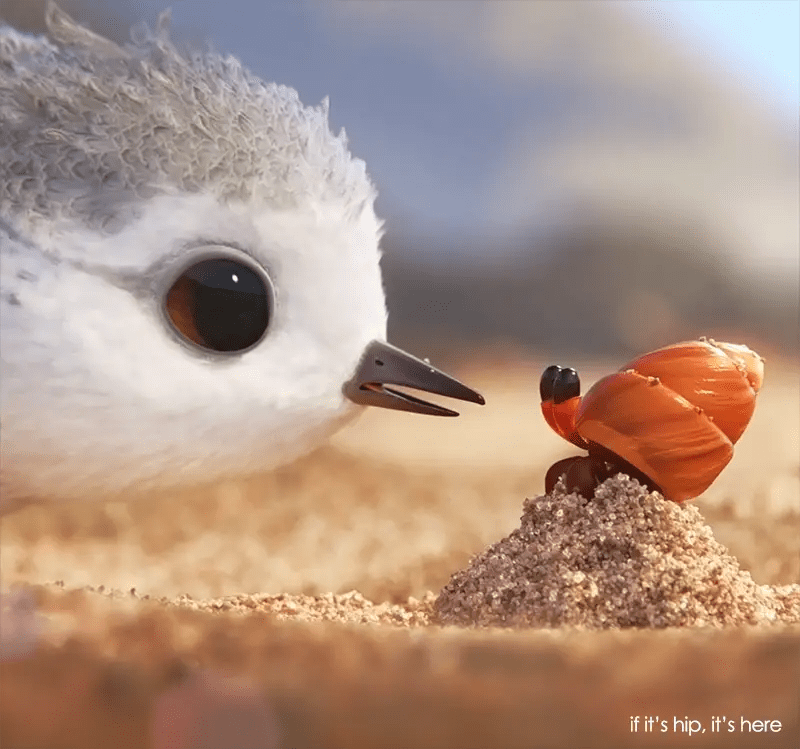 By copying their behavior, she starts to see the beauty of the underwater world and becomes skilled at discovering food for the flock. 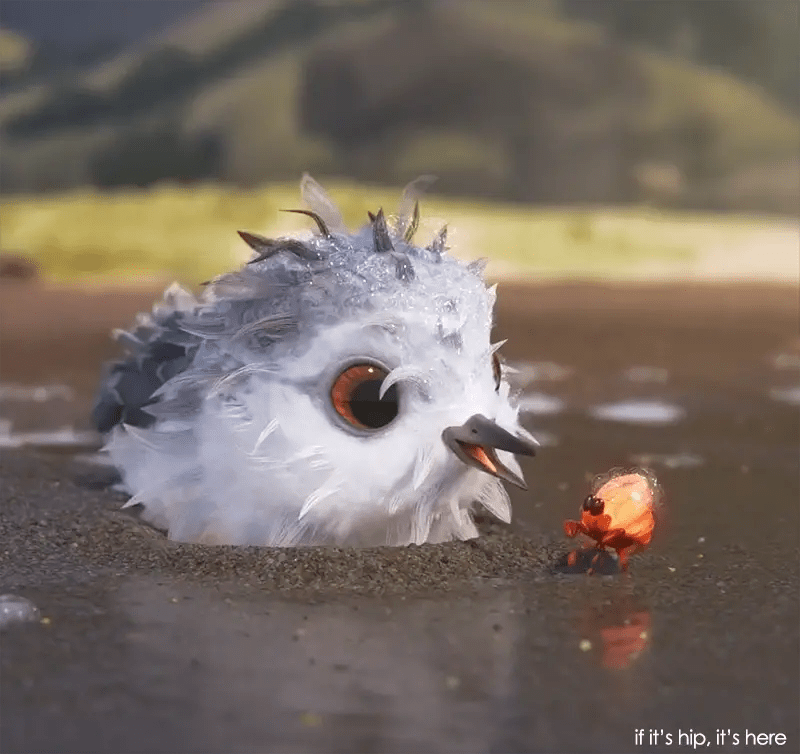 The backstory: After watching Sandpipers react to waves and run on the beach, Director Alan Barillaro

was inspired to design a non-speaking character who was afraid of the water yet had to venture into it to eat.

To help craft an animation tool that would help provide additional creative flexibility to the studio’s filmmaking process. Pixar’s software development team created a proof of concept, a short animation test about a small bird – a sandpiper – on a beach. This animation test soon grew into a full-fledged short film. 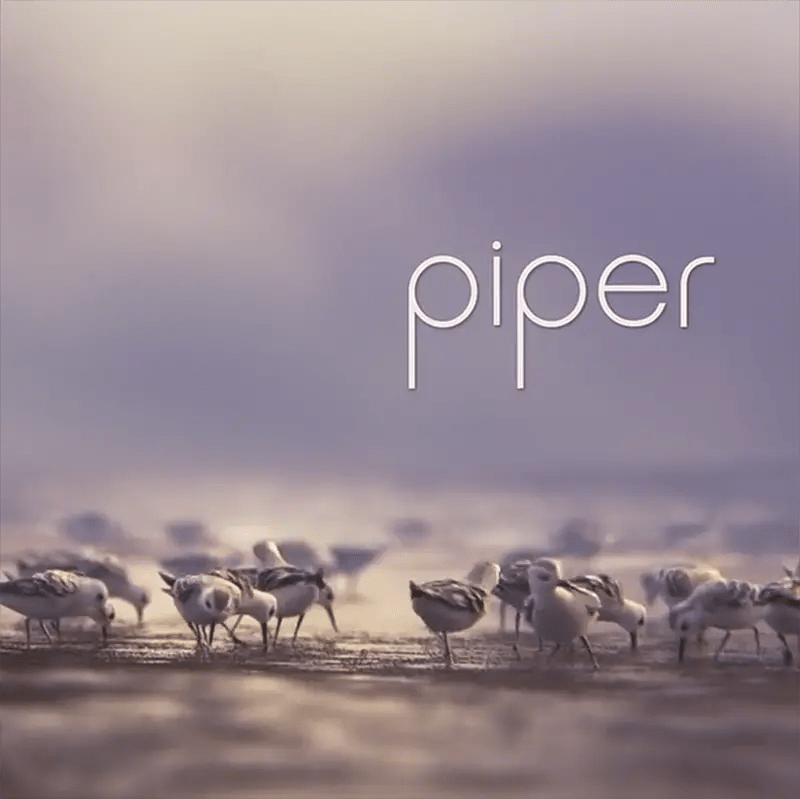 Wes Anderson and Roman Coppola’s Prada Candy L’Eau And A Look Behind The Scenes.