you are here: if it's hip, it's here » furniture » beds » Pirate Ship Room, Climbing Cave and Golf Simulator Make a Home A Playhouse.

When it comes to childhood fantasies, this house has fulfilled several of them all under one roof. An amazing Pirate Ship bedroom, a Secret SuperLuge slide, a Climbing Cave and a Golf-Simulator have transformed this private family home into a playhouse. 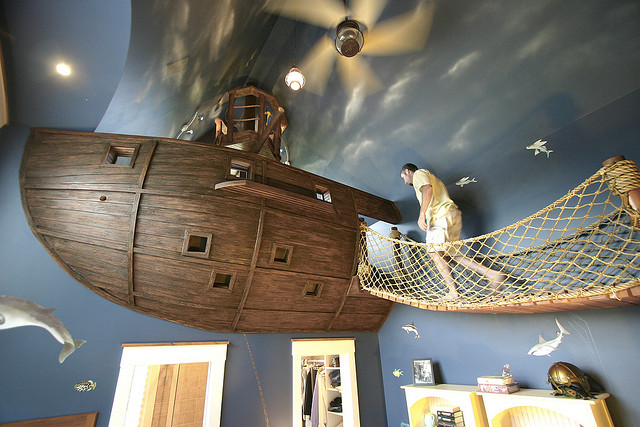 The Pirate Ship House (as it is often called) was initially created for Minnesota builder Steve Kuhl’s brother as part of a 6,800 square foot home in Medina, Minnesota. The house has since been sold. 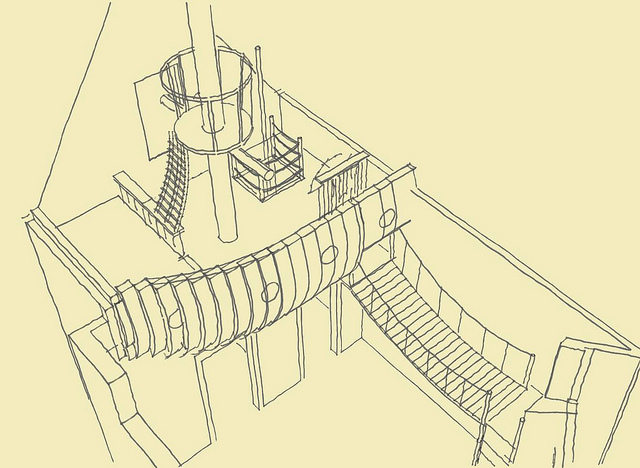 above: A sketch of the project which is complete with crow’s nest, brig and a wood plank bridge.

Costing approximately $40,000 to build the Pirate Ship room, it includes the impressively constructed ship made of laminated plywood ribs and flexible masonite, the suspended rope and wood plank bridge which can accommodate the weight of four adults, a crow’s nest as a fun lookout and Captain’s wheel with a rope that allows one to slide down directly into the closet. 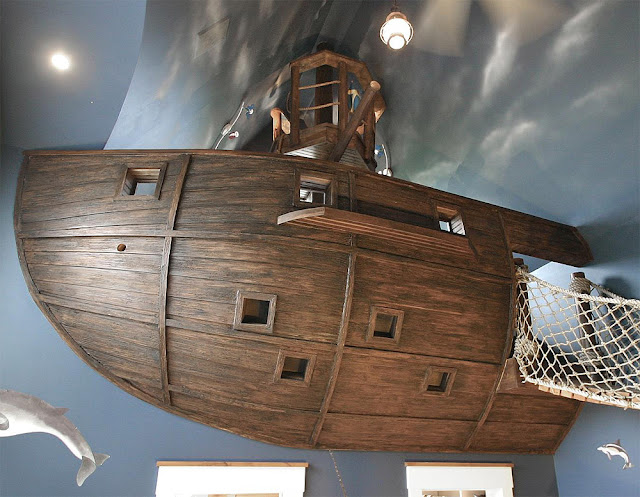 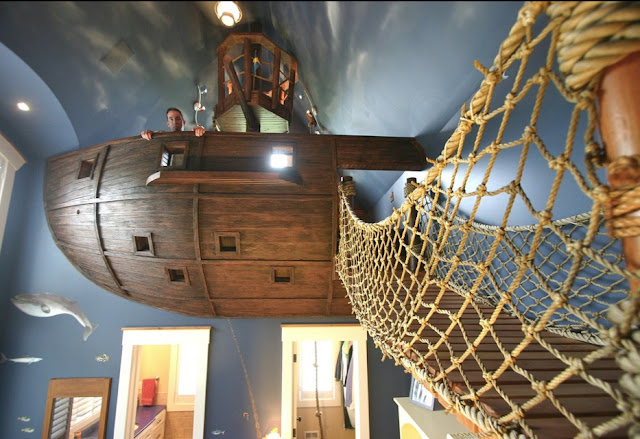 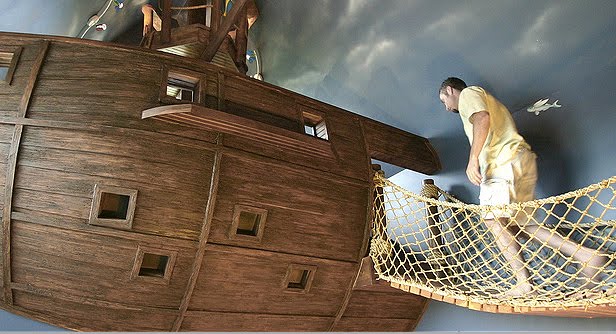 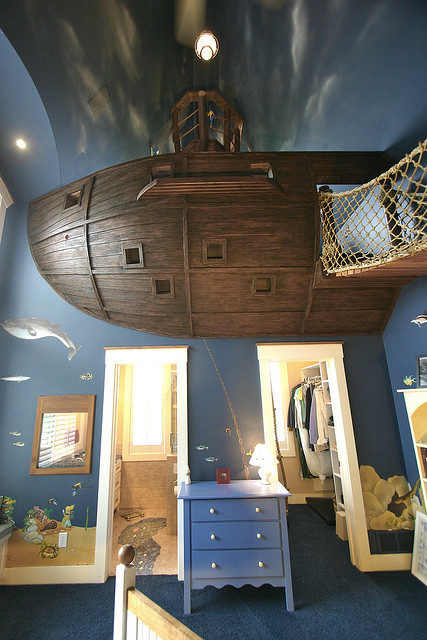 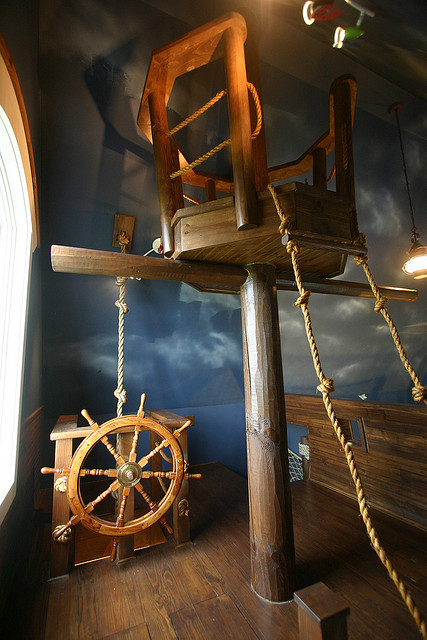 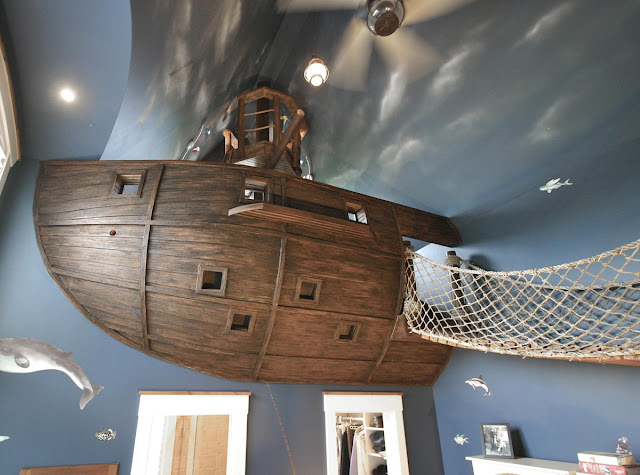 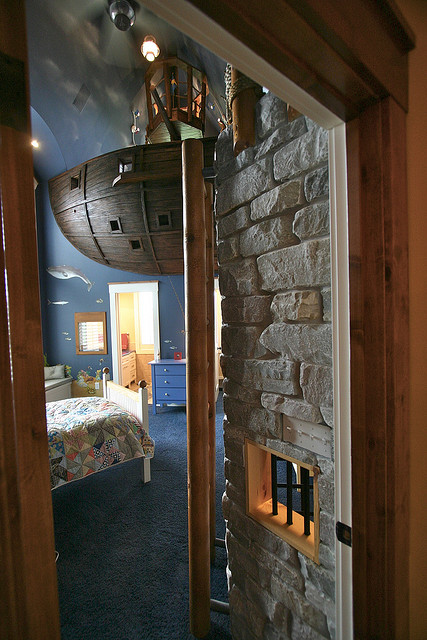 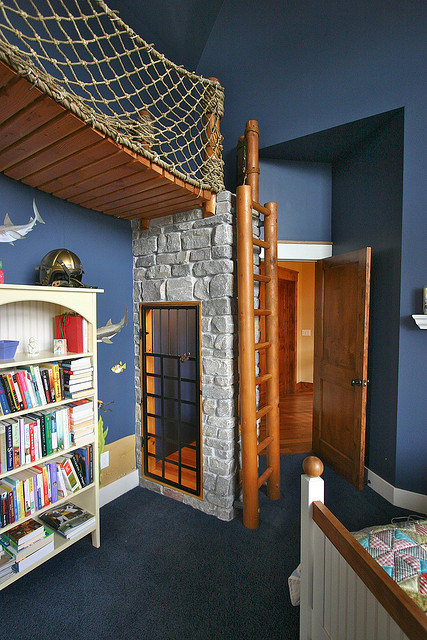 The ship’s hull was made with ribs of laminated plywood ribs and flexible masonite and the coating was made by combining epoxy and drywall compound with brown colorant to find the perfect mix. After applied, it was combed to give it a rough texture: 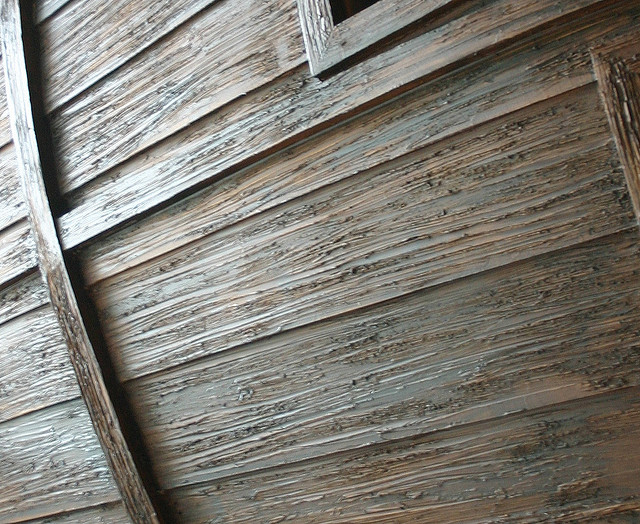 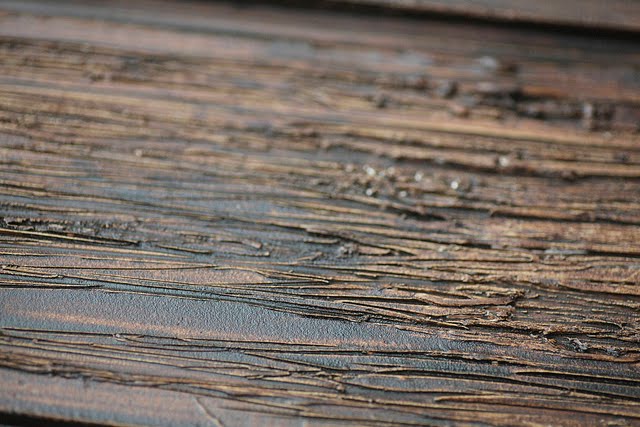 The bridge that extends across the room to a pirate’s ship can handle the weight of four adults: 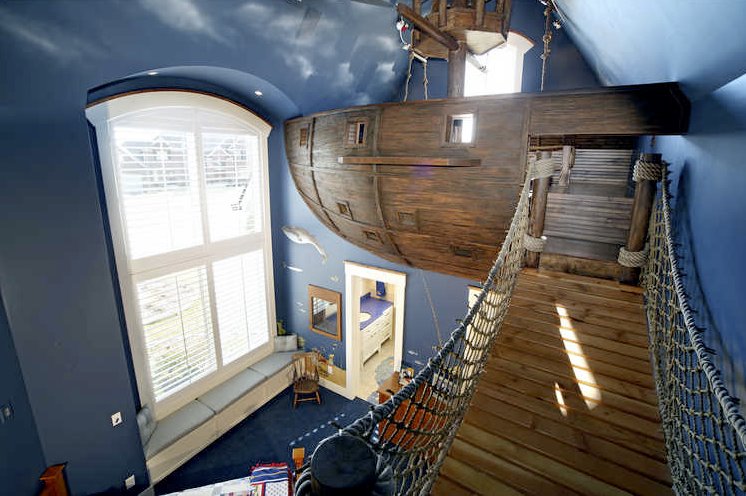 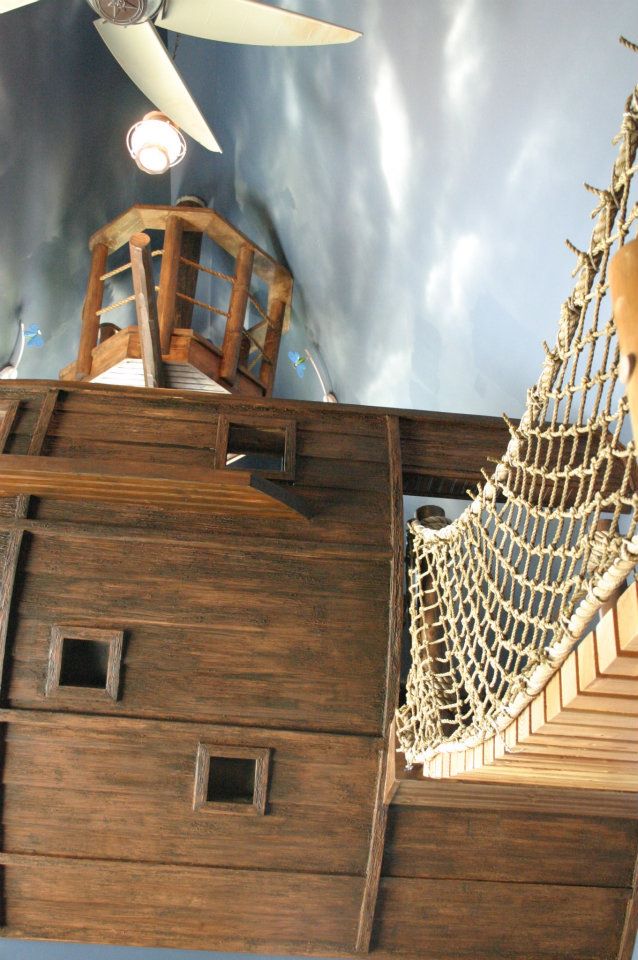 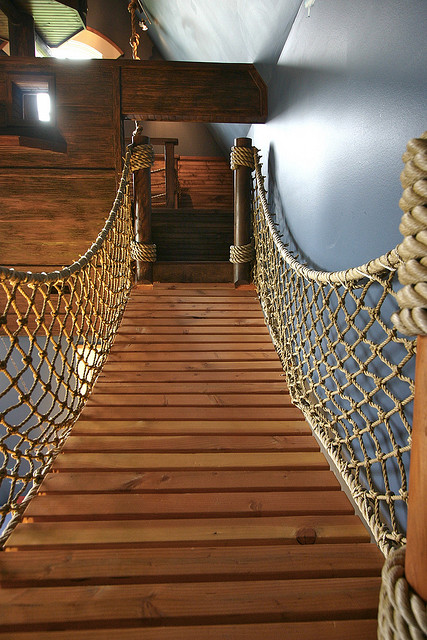 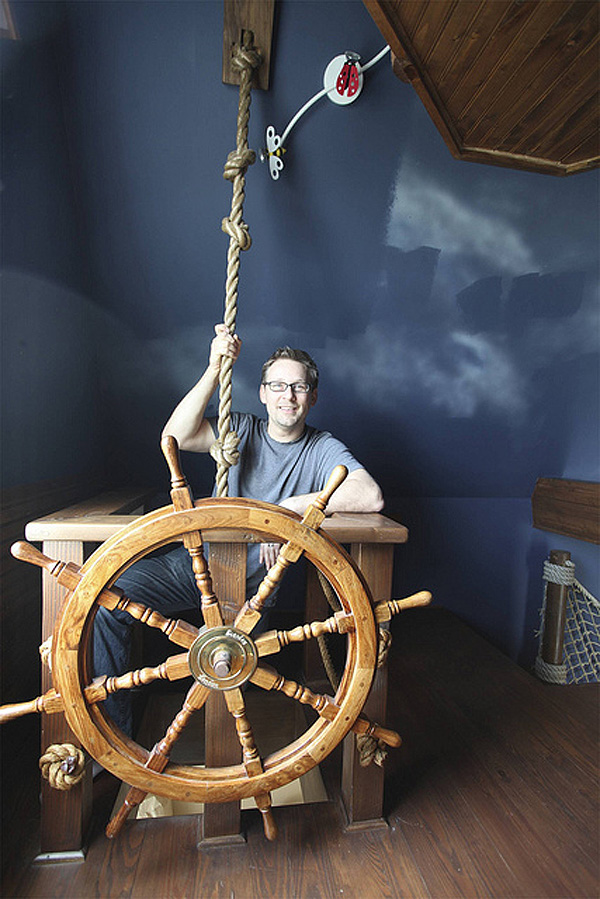 “This hole (behind the Captain’s Wheel) provides a quick escape down to the closet below the ship for emergency wardrobe changes,” Kuhl says. 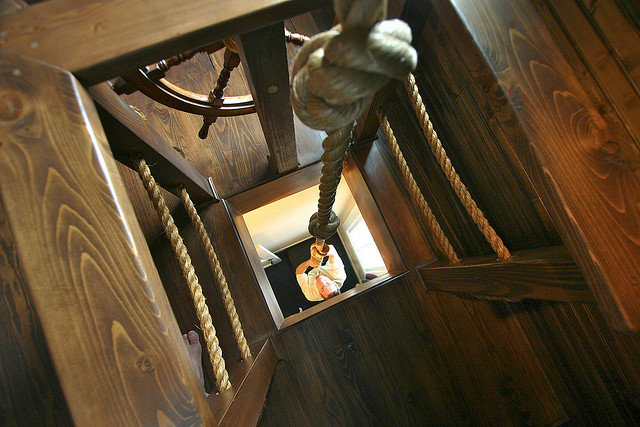 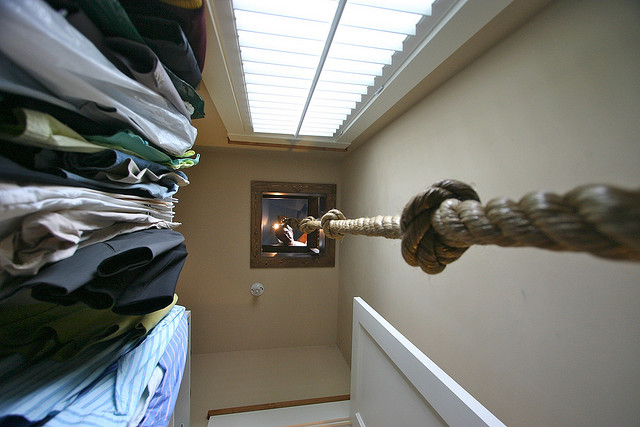 Approximate budget for a pirate room like this one: $40,000

A Secret SuperLuge in the Mudroom 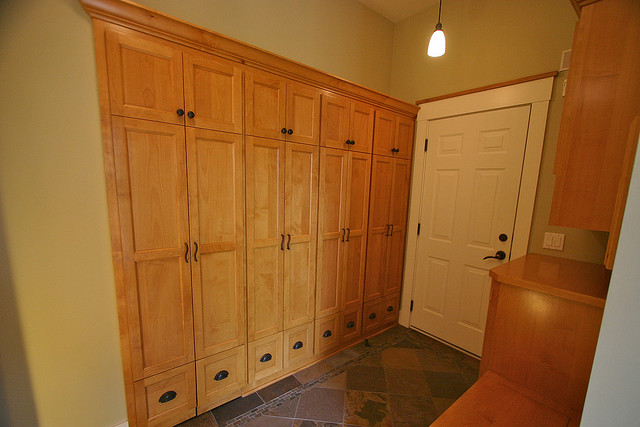 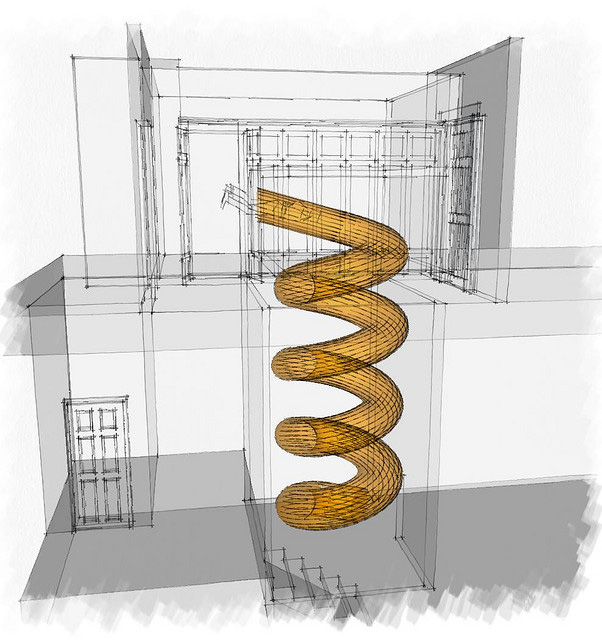 In the mudroom, one of the four doors conceals a secret passage that takes you into a closet where you will find a spiral tube (the SuperLuge) that when slid down takes you to the Climbing Cave which includes a climbing wall fit for both adults and children as well as an indoor golf simulator room that has carpet mimicking a golf green and sand trap. 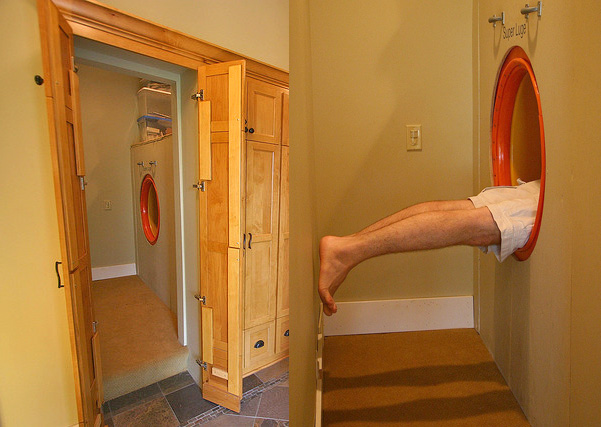 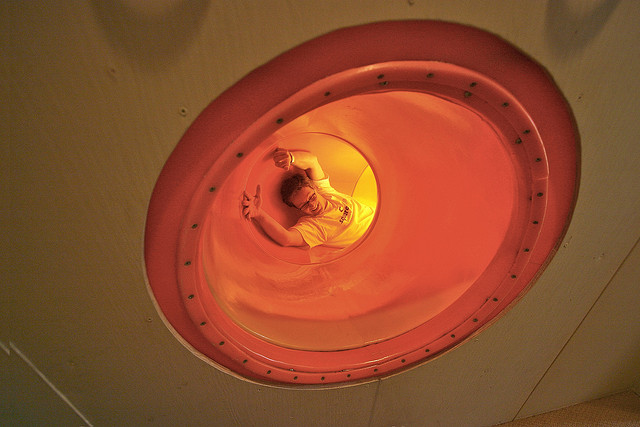 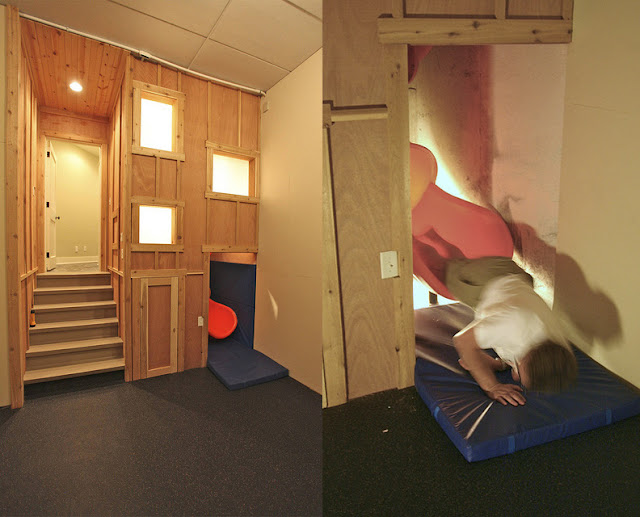 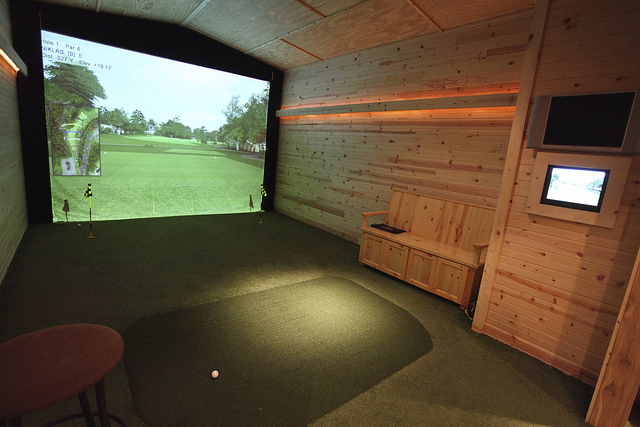 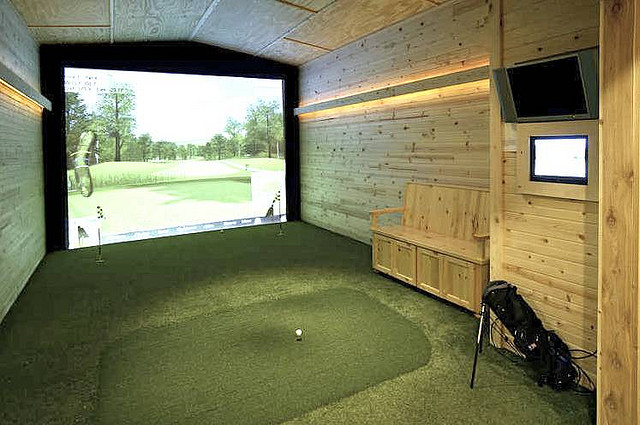 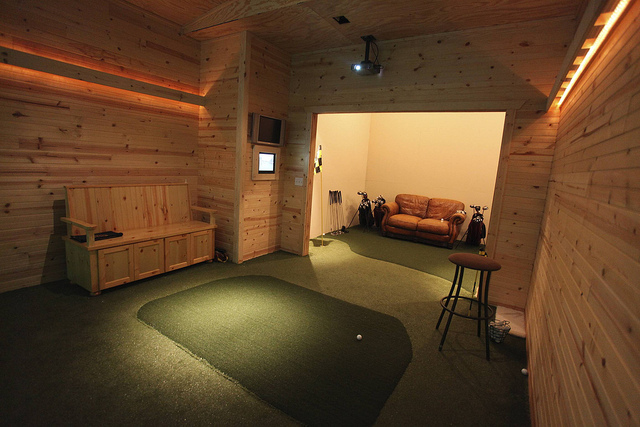 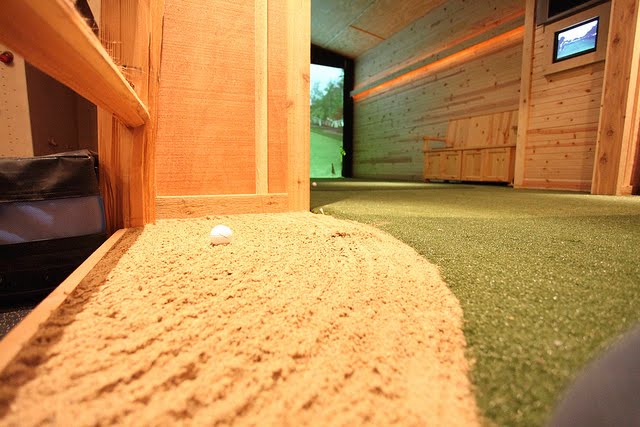 Approximate budget for the golf simulator: The software was around $18,000 when it was purchased; Kuhl is not sure how much it costs today.

In 1999, Steve Kuhl and Dan Murphy started Kuhl Design & Build. They set out to create a little something different in the remodeling industry. Their business plan would hinge on a bold idea. They would only work with people they trust and only for those who trust them. They used to keep this a secret because they were afraid people might take it the wrong way. Now they announce it proudly because they realized it has allowed them to grow into a truly unique organization. This approach has also resulted in them having the most excellent clients on the planet. Nothing beats doing what you love for people you adore and then getting paid for it.

Kuhl Design + Build of Minnesota is a full service, residential design/build company specializing in large remodels and whole house renovations. Their way of doing business is dynamic, interactive and as they say “fully transparent.” They feel that it’s your house, and it’s your money. Recognition of this fact is seen in every facet of their business because they respect their clients enough to be honest about the numbers. In exchange, their clients trust them to do the right thing. And the results are beautiful. Kitchens, bathrooms, interior and special projects like this amazing home dubbed “Pirate Ship House.”

images and info courtesy of Kuhl’s Design + Build and Houzz