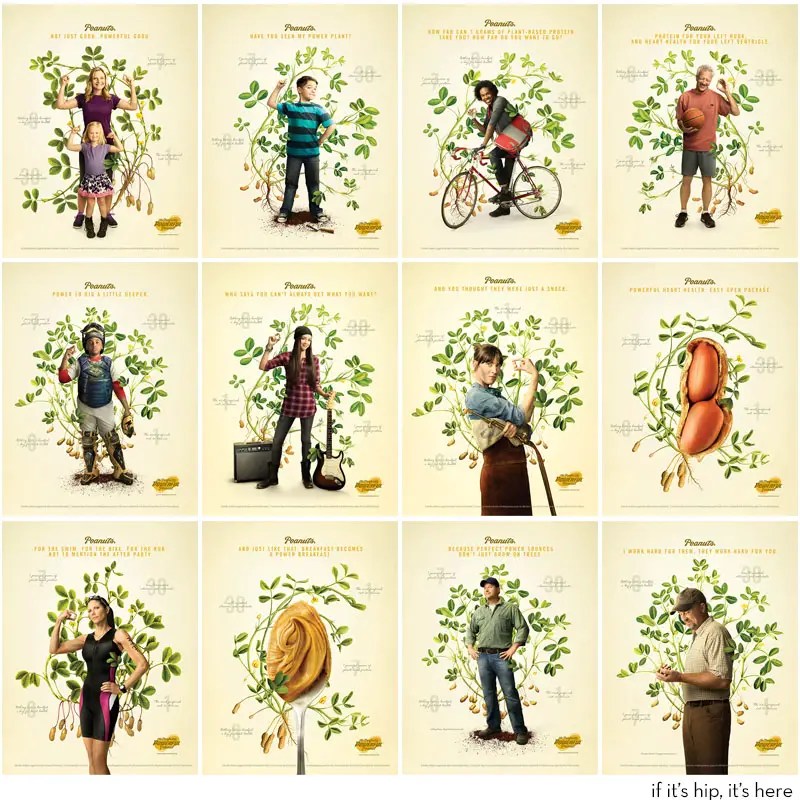 A new print, online and transit campaign by Atlanta ad agency Lawler Ballard Van Durand for the National Peanut Board combines the people photography of Chris Crisman with botanical illustrations by Wendy Hollender and Rose Pellicano. According to The National Peanut Board people love peanuts, but they may not have always associated peanuts with the nutrition credit they deserve. So they set out to rectify that with a campaign that’s all about the protein and nutrients of the lovable legume. Their slogan, The Perfectly Powerful Peanut, gives them a platform that allows them to talk about all the various ways peanuts and peanut products make your life better. 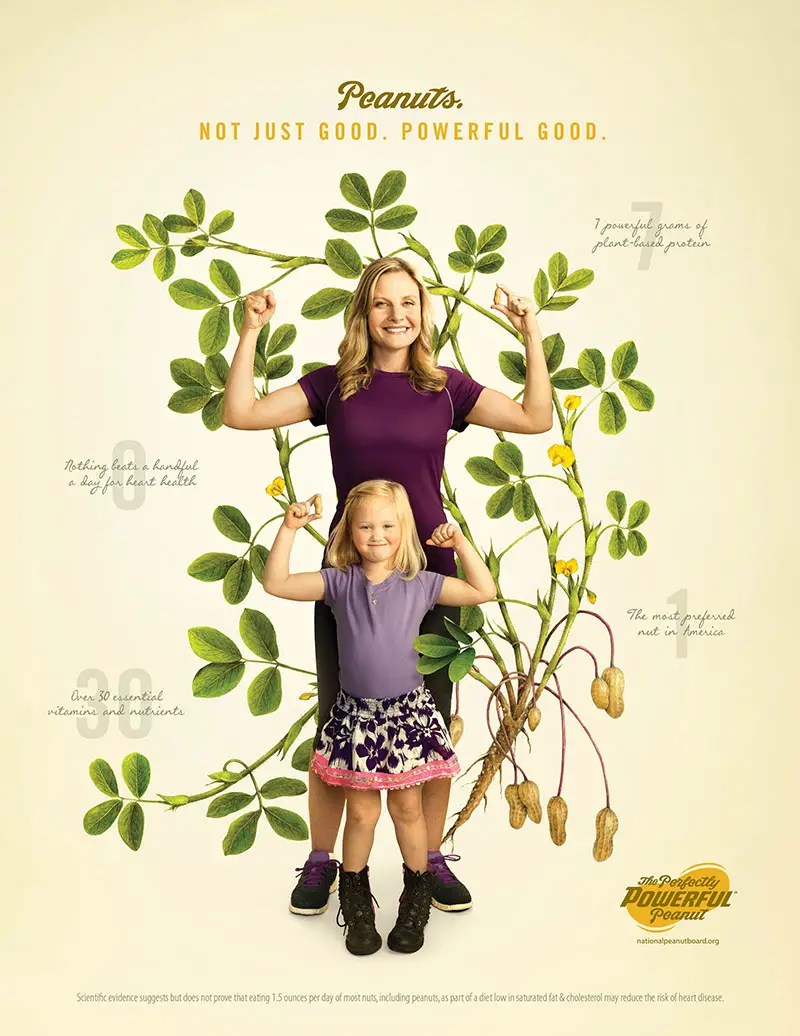 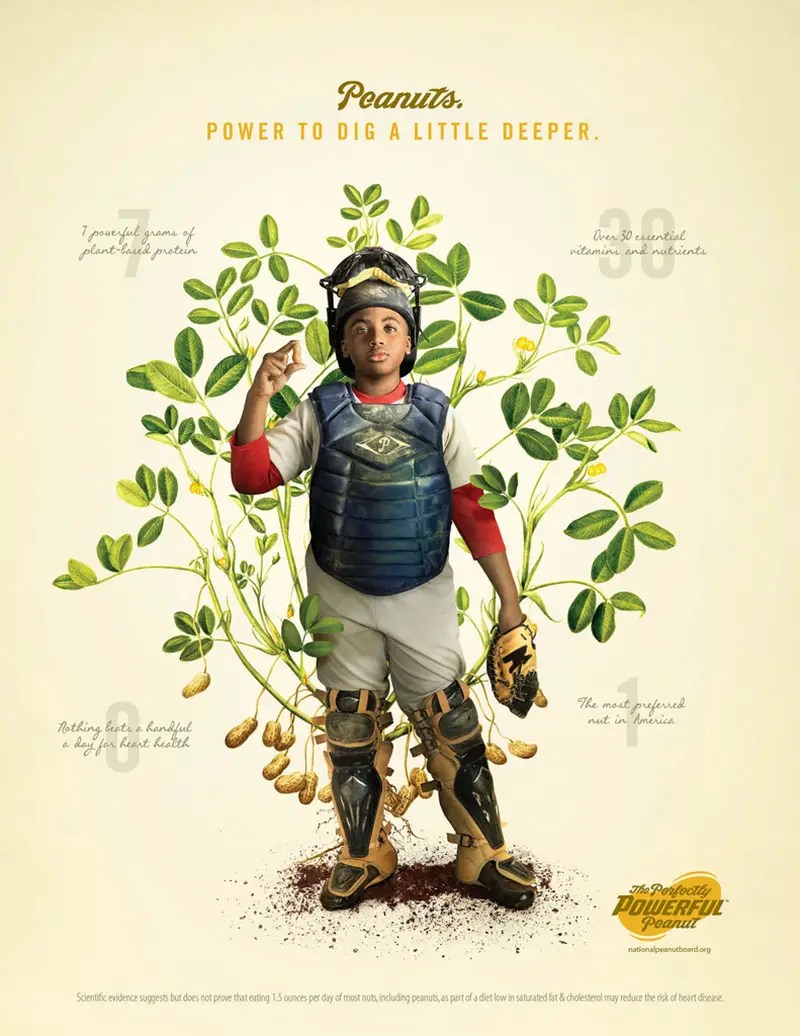 The messages in the new work include the fact that peanuts have more protein than any other nut, they are a Superfood with 30 vitamins and minerals and they fight hunger with a combination of mostly good fats, fiber and protein. The USDA recently revamped the Dietary Guidelines for Americans, with a much greater emphasis on a plant-based diet. One goal for the new campaign is to establish peanuts as “a good source of plant-based protein,” Mr. Parker says, at a time when there is “strong interest among consumers in alternatives to animal protein.” 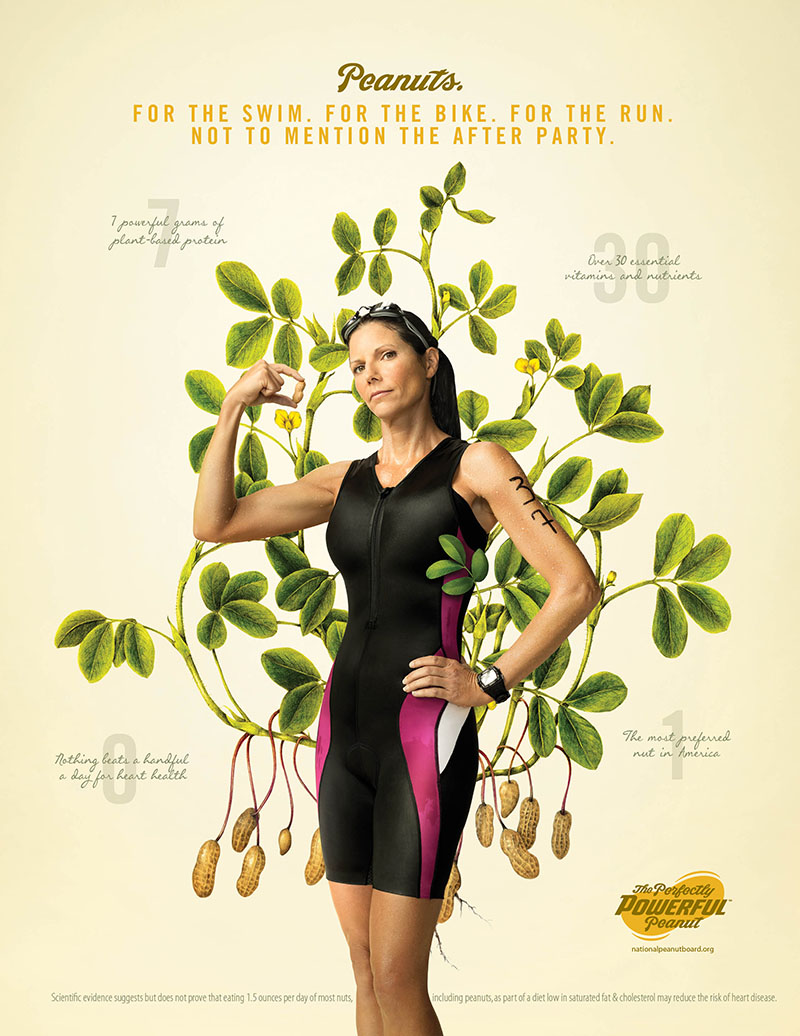 The campaign is aimed at “everyday people who are trying to be as active as they can, as healthy as they can,” he adds, “busy people with busy lives” who will appreciate that “peanuts are transportable, you can take them with you on the go, you can pack a peanut butter and jelly sandwich.” 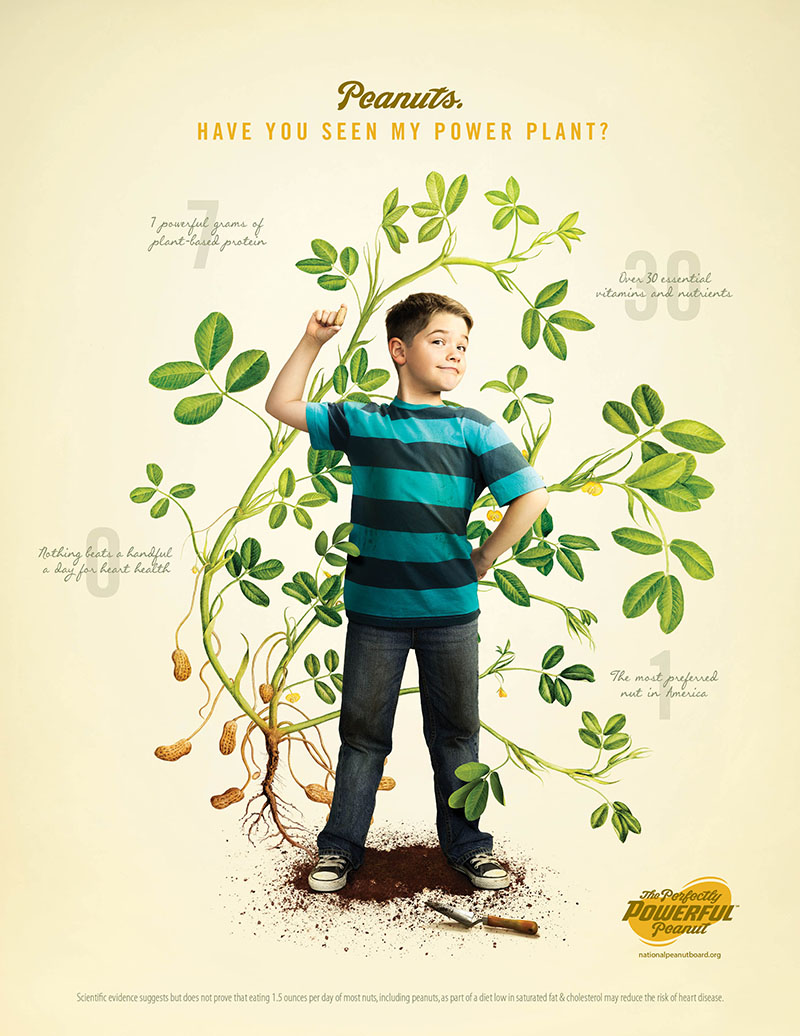 The previous campaign’s emphasis on the fact that “peanuts can give you energy for the things you need to do throughout the day” was fine, Mr. Parker says, as reflected by the fact that peanut consumption has continued to grow steadily. The campaign is “designed to show peanuts in a whole new light,” says Bob Coyle, managing director at Lawler Ballard Van Durand, “looking at the peanut with a fresh eye” while playing up facts like the peanut “is a crop that grows in the ground, is all natural and has a lot of these super qualities” in terms of protein, nutrients and vitamins. “According to the research, 60 to 70 percent say health and wellness is the primary reason for purchasing and eating nuts,” Mr. Coyle says. “Peanuts weren’t getting that level of recognition — in our minds, getting the proper recognition.” “People love peanuts and peanut butter,” he adds. “Sometimes, when you love someone you may take them for granted.” But it’s “a very mature market,” he adds, “so we really want to increase frequency of consumption,” and “one way to grow even further” will be to play up the peanut as “powerful.” The New York Times reports that the campaign’s estimated budget is almost $2 million. 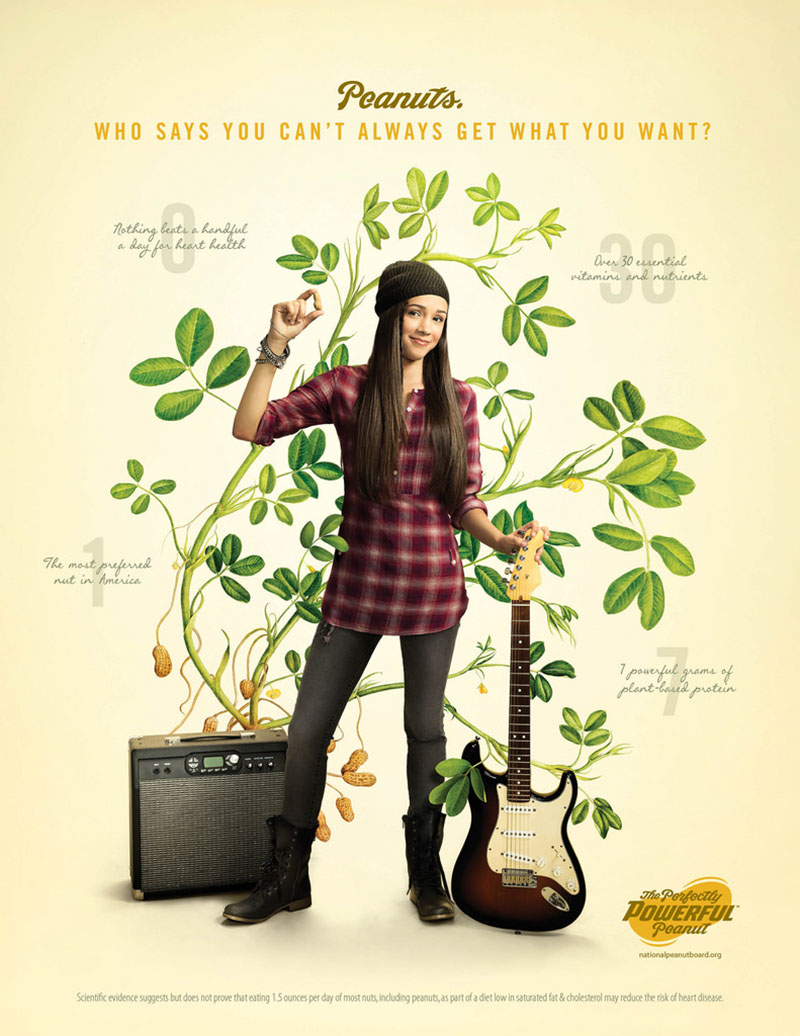 Images courtesy of The National Peanut Board