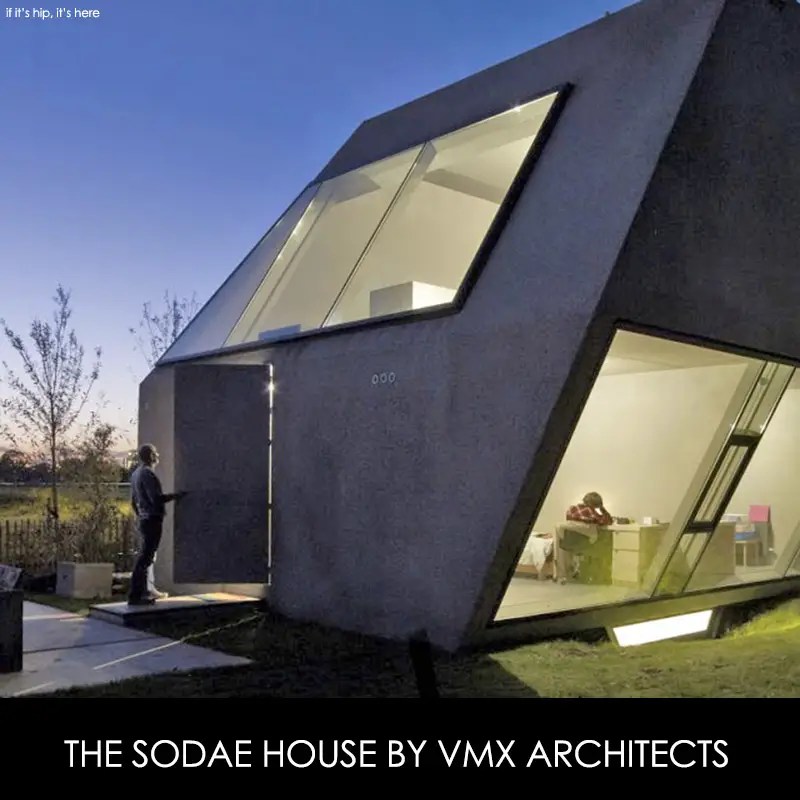 The starting point for the concept was the perception of the landscape, the distant high buildings of the Zuidas and the Rembrandt Tower as well as the view of the airplanes traveling to and from Schiphol. The house forms an object in the landscape; the island acts as the plinth. The living room and kitchen are arranged in a loft-like space on the first floor. The more intimate areas (bedrooms and bathrooms) are situated on the ground floor, oriented towards the garden on the backside. The basement contains an additional fitness room and a home cinema. Nominated for the Gouden A.A.P. 2010 (Amsterdam.Architecture.Prize.)

images and info courtesy of VMX architects and Contemporist

This Portugal Villa Has One Of The Wildest Pools You’ll Ever See.

The Dune House. A New Stunning Modern Beach Home in the Village of Thorpeness.