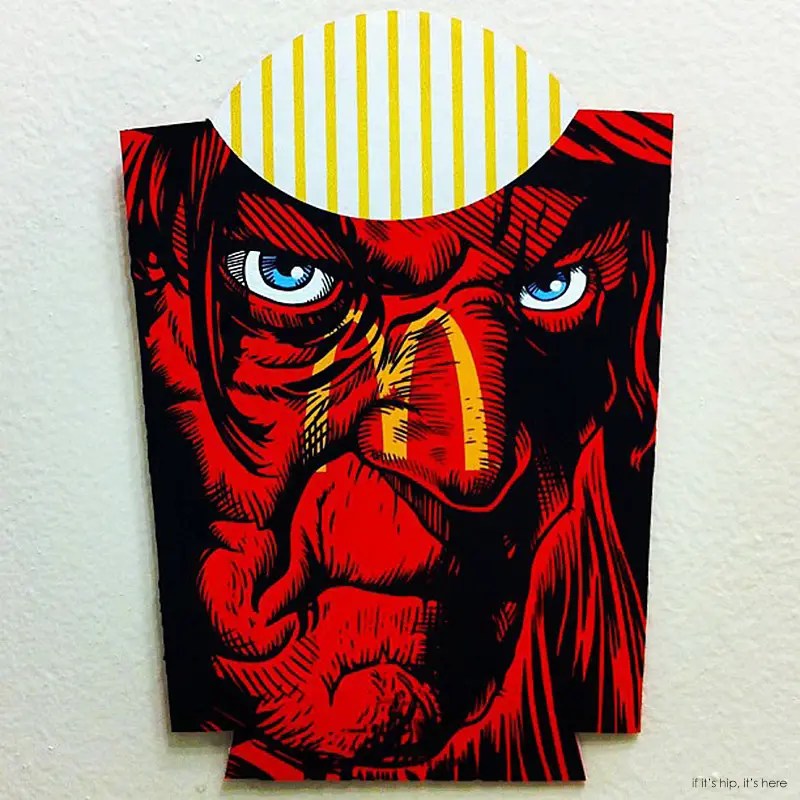 Australian artist Ben Frost is known for his kaleidoscopic Pop Art, mash-up paintings that take inspiration from areas as diverse as graffiti, collage, photorealism and sign-writing. By subverting mainstream iconography from the worlds of advertising, entertainment and politics, he creates a visual framework that is bold, confronting and often controversial. With a blatant disrespect for the signifiers of our visual culture, Ben creates multi-layered surfaces of refreshing intensity. He has been exhibiting throughout Australia and internationally over the last 10 years, including solo shows in London, New York and San Francisco, as well as group shows in Beijing, Mongolia, Amsterdam, Berlin and Singapore.

A selected artist for the 2002 Primavera exhibition at the Sydney MCA, Ben was also guest speaker at the 2008 Semi-Permanent and AG IDEAS conferences throughout Australia.

In 2006 he co-founded the online art portal StupidKrap.com and also began and runs the international paste-up event ‘Paste Modernism.’

He currently lives in Sydney and operates Stupidkrap Studios, a multi-displinary art collective of 10 established and emerging artists in Annandale.

His work is in the collections of Kerry Stokes, Art Bank, Griffith University and numerous local and international locations.

text and bio from Ben Frost

The 25 Least Scary Ghosts Ever! Boo!