This holiday season, Opening Ceremony teamed up with Yoko Ono to create what they call “a very special apparel collection” consisting of 34 high-priced pieces available exclusively at OC. 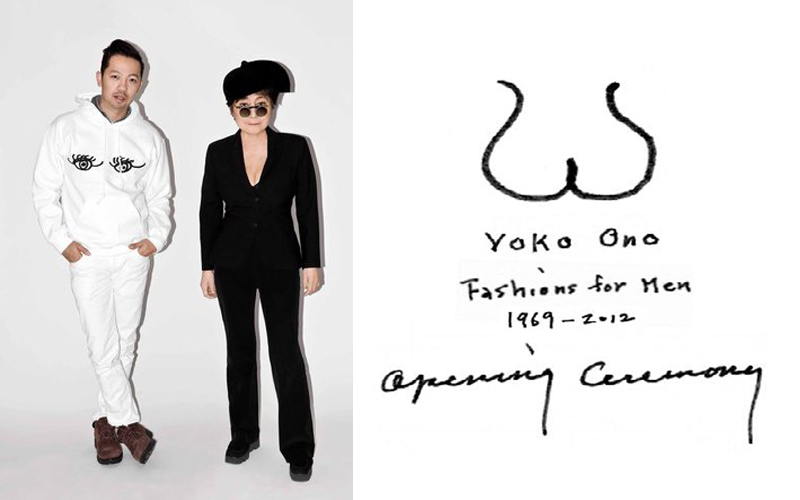 Titled “Fashions for Men 1969-2012,” the limited-edition line is based on a book of hand-drawn illustrations (shown below) that Yoko presented to John Lennon on the occasion of their wedding. 43 years later, Yoko and Opening Ceremony have worked together to bring her sketches to life.

According to the New York Times, Ms. Ono loved the way her late husband looked in and out of clothes, so many of her pieces accentuate the ‘good bits’ e.g. nipples, buttocks and the crotch area. 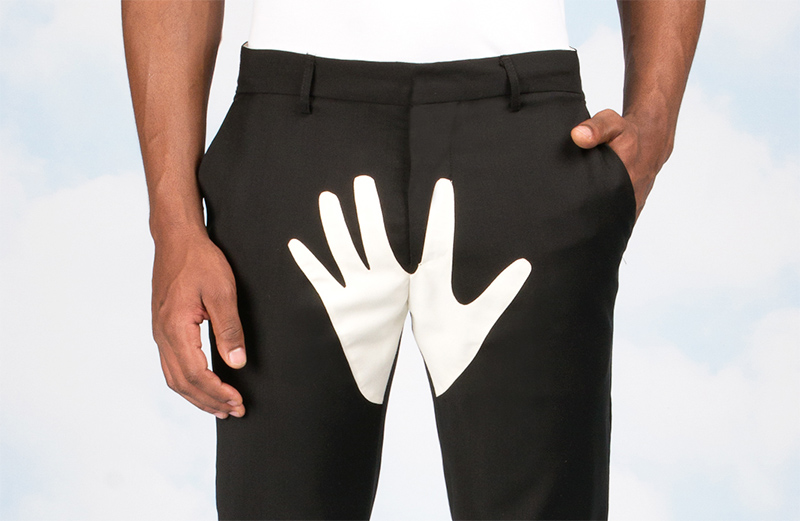 The Times reports ““Men were always wanting us to look good and take off everything,” Ms. Ono said. “And we were never able to enjoy men’s sexuality in that way.” 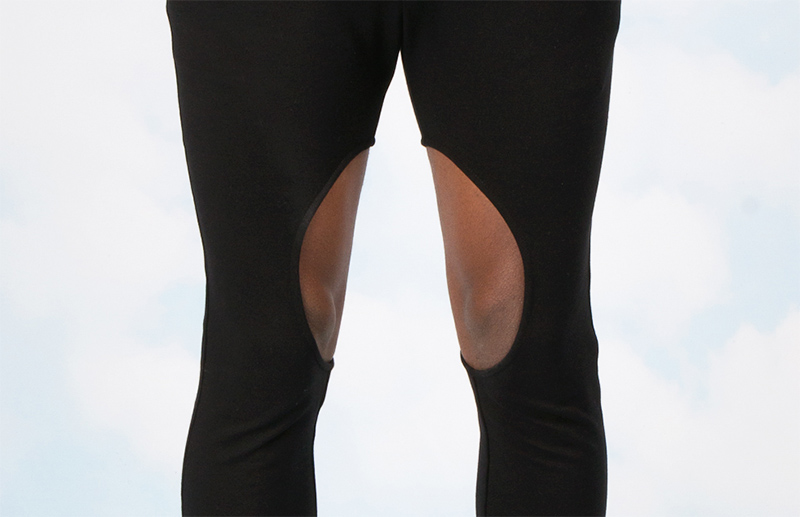 Given that, I can only assume that the collection exemplifies what she believes is a way to enjoy men’s sexuality. While it does nothing for me, you can decide for yourself. Below is the entire collection.

$595 One button two-tone jackets with a single mesh sleeve: 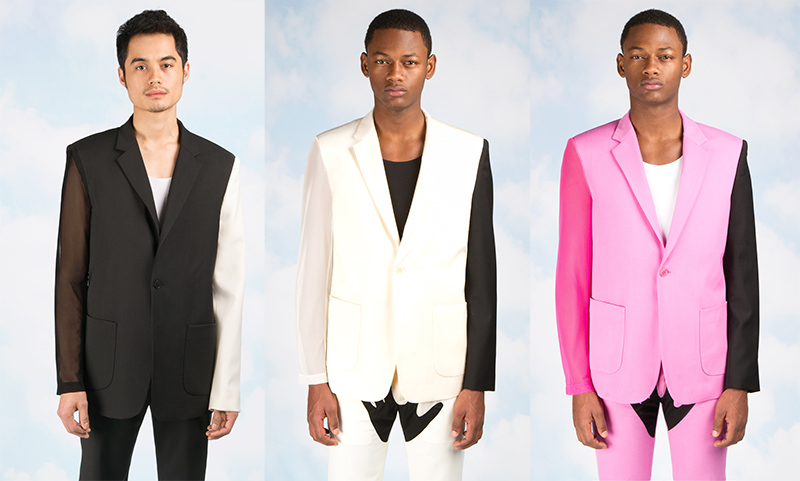 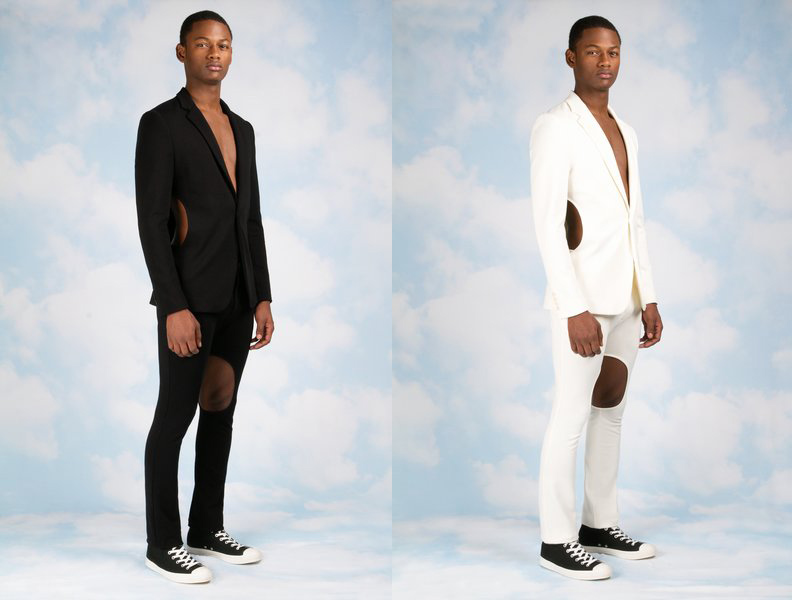 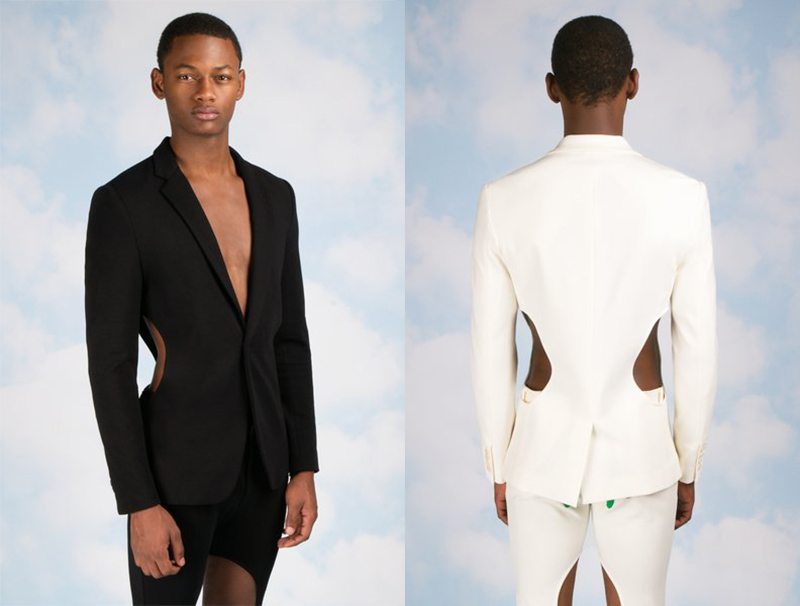 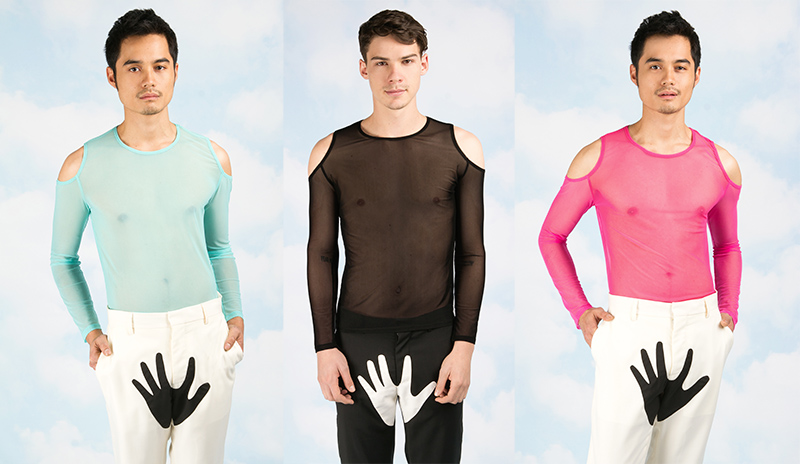 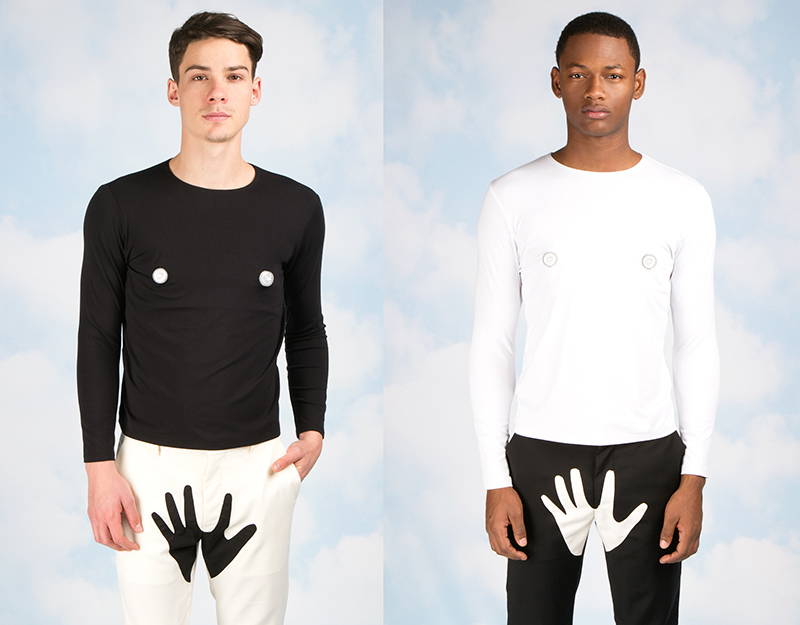 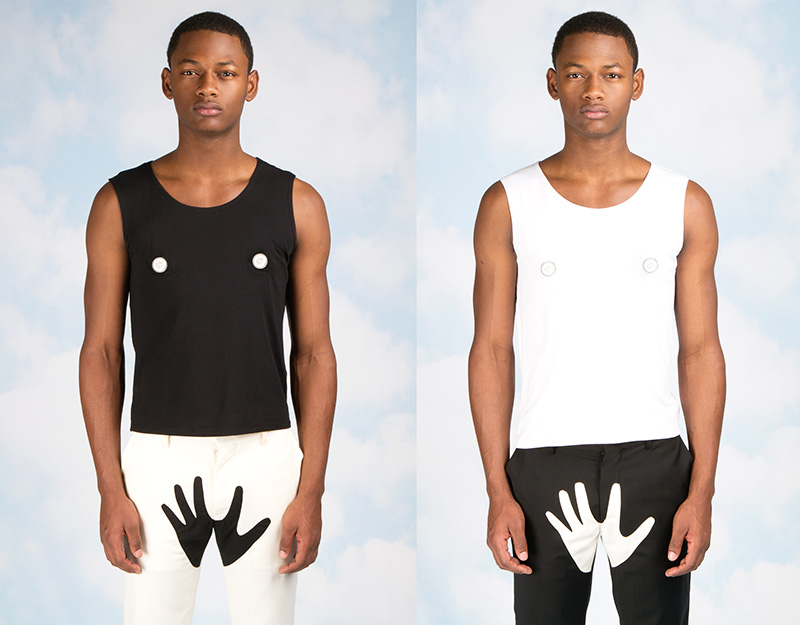 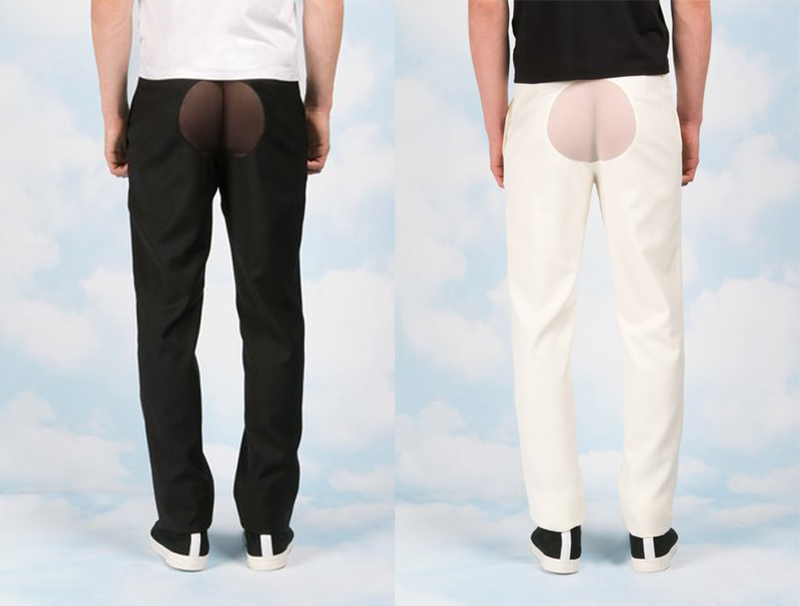 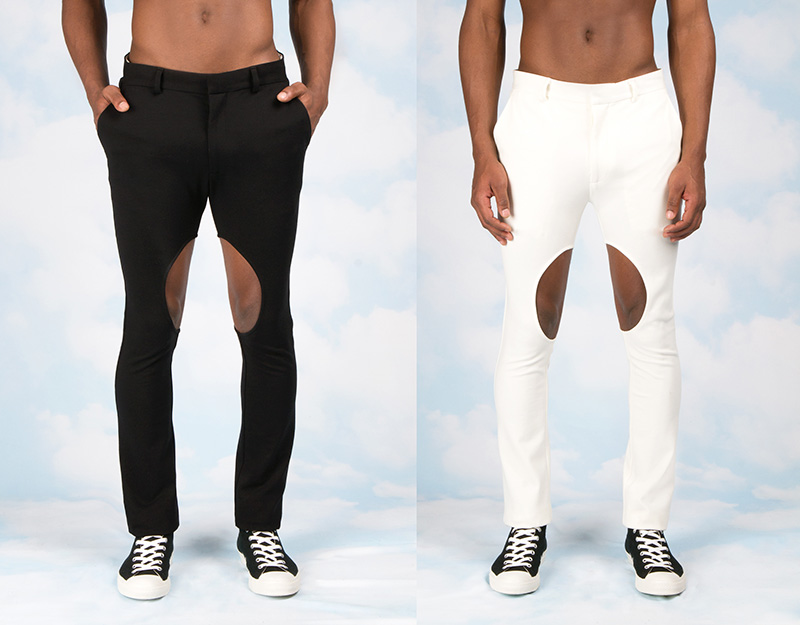 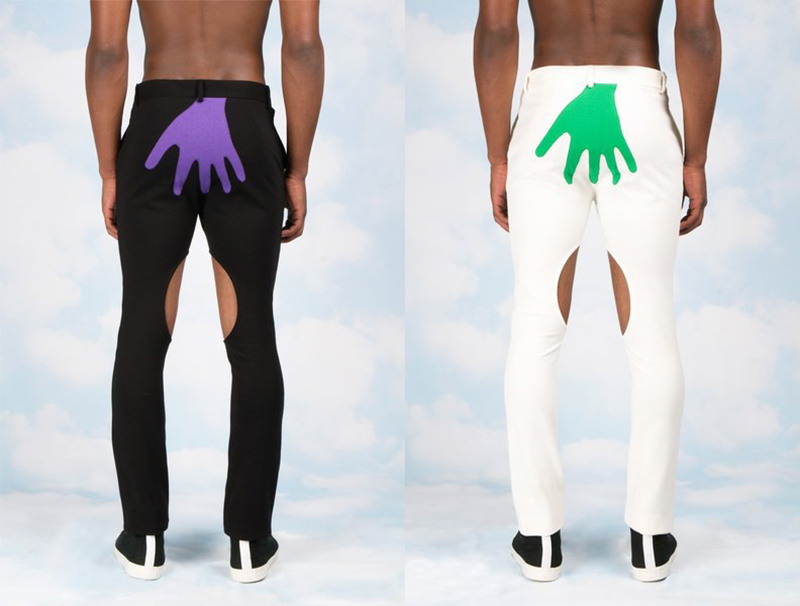 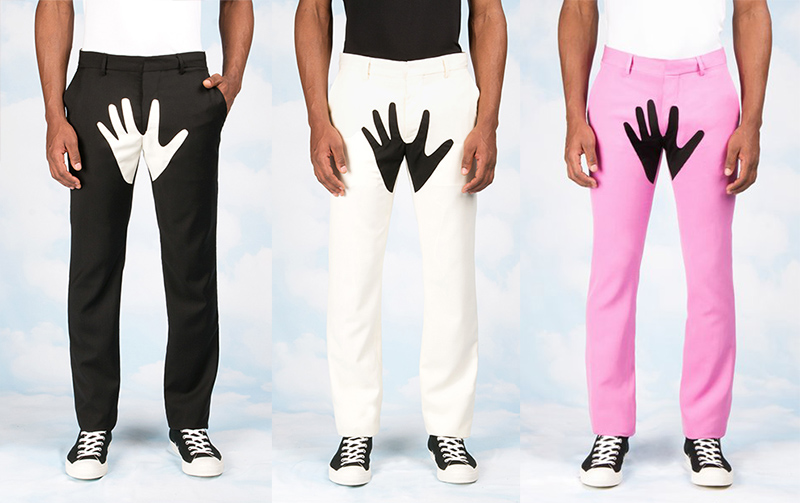 $75  Hoodies with Yoko’s sketched icons of buttocks, eyes and words: 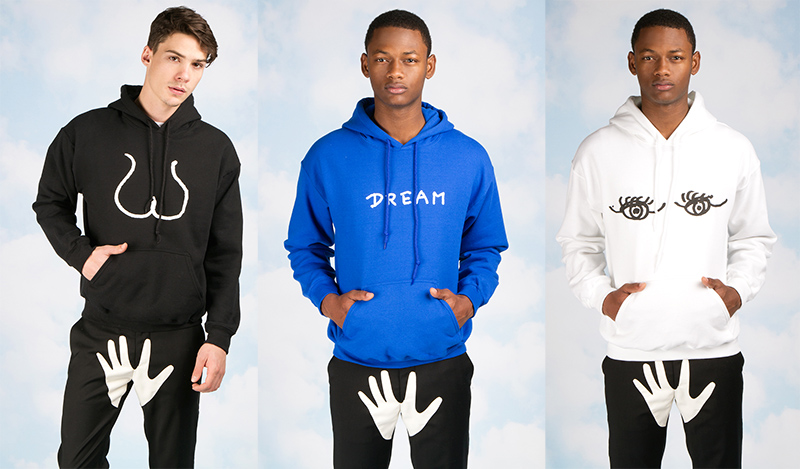 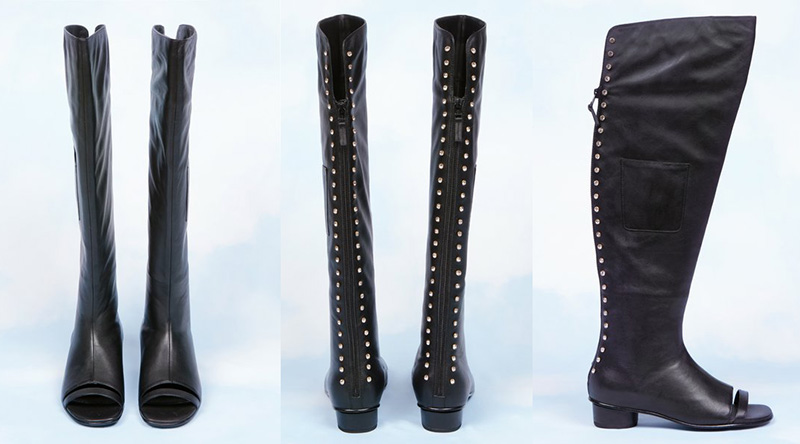 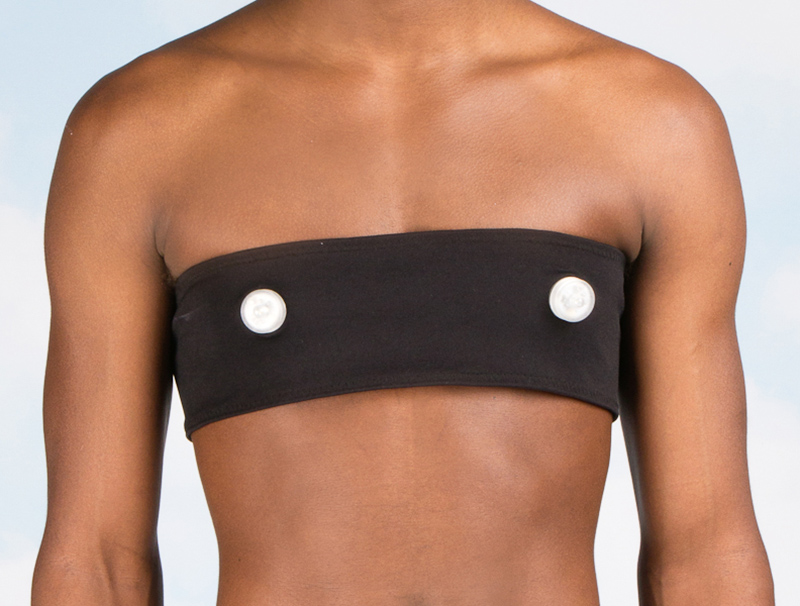 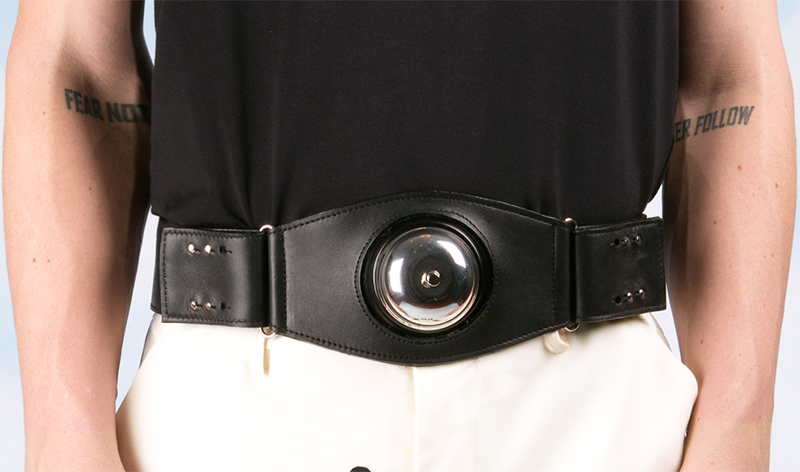 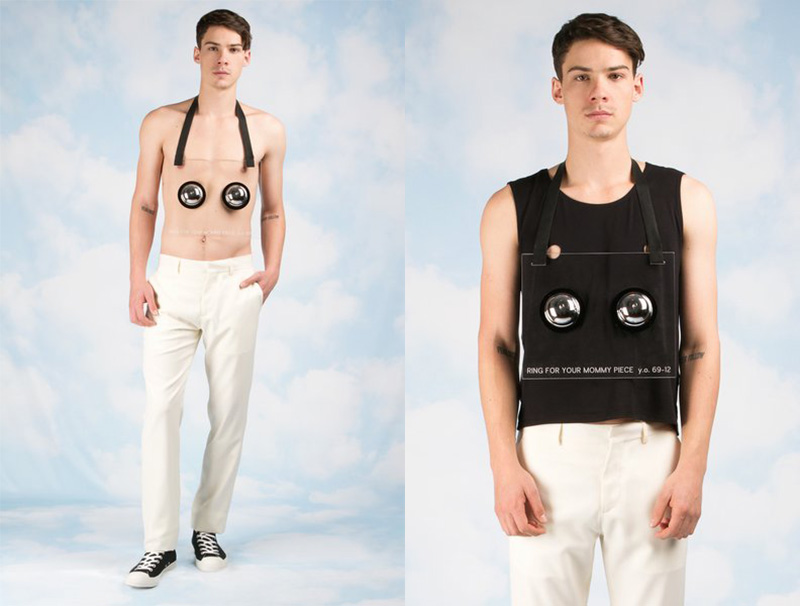 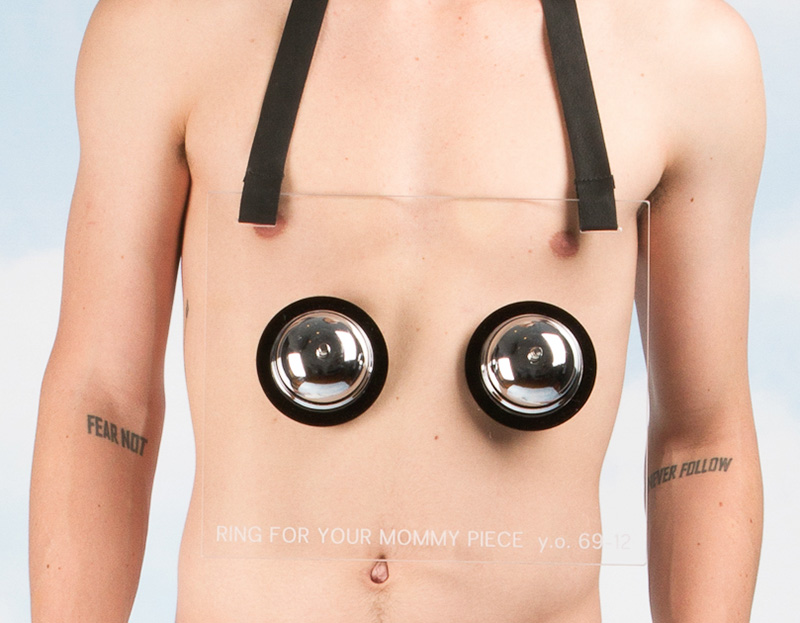 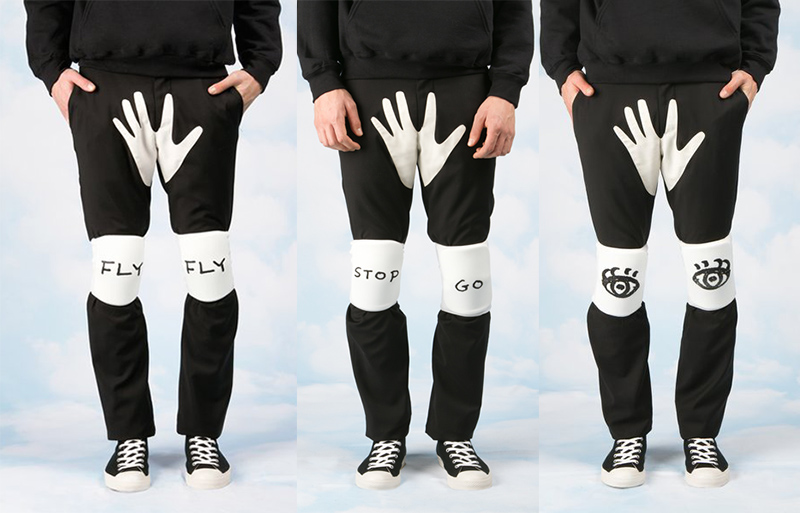 Also available is a softcoverbook of her original artwork, accompanied by a CD recording of Yoko’s 1973 composition “Anatano Te (Your Hands) and 3 printed posters featuring, respectively, her line drawing of buttocks, the word dream, and her sketch of eyes.

Illustrations by Yoko Ono brought to life in an animation by Lisa Paclet and Irina Dakeva:

all images courtesy of Opening Ceremony

The collection is no longer available.