This is what happens when an architect and a designer create a popsicle. You get something whose design exemplifies good taste and that actually tastes good.  At least that is the case with Nuna. A beautiful array of exotic flavored ice pops, comprised of natural ingredients, with equally tasty branding and design. Made of all natural ingredients in a variety of fresh flavors and set upon a bamboo stick, the ice pops were formulated by award winning and internationally acclaimed master chef Heiko Antoniewicz. Antoniewicz, who has cooked for the Crown Prince Harald of Norway and Queen Elisabeth II, is a German chef who uses techniques of molecular gastronomy, including sous-vide.

The unique one of a kind geometric form evolved from the minds of architect Manu Kumar and designer Stefan Gandl (who was also responsible for the collateral design for the popsicle). 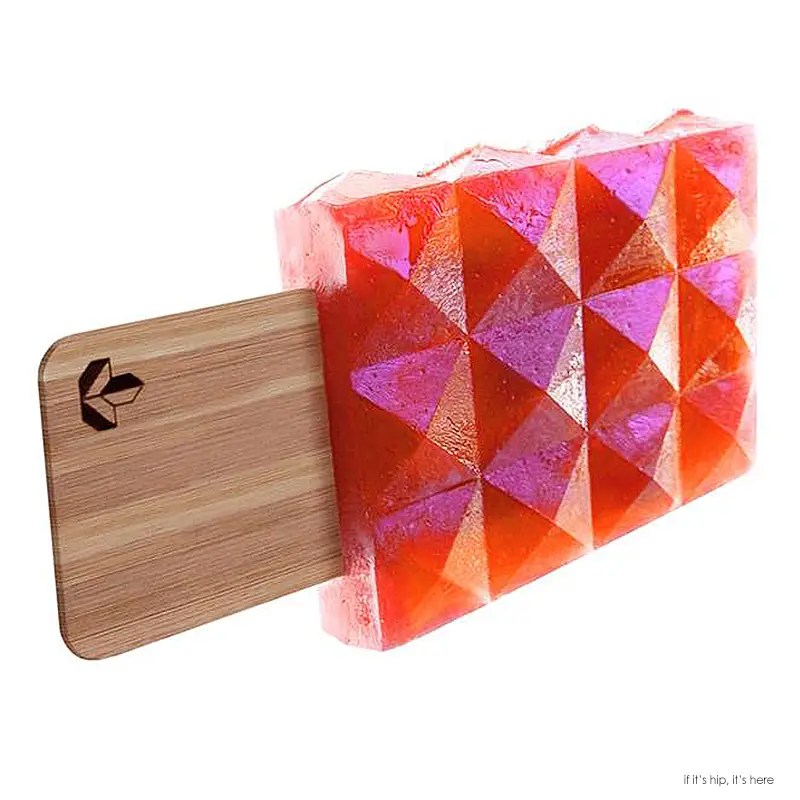 Nuna is an extraordinary popsicle that redefines form and taste, as do the promotional pieces and brand book designed by Neubau of Berlin who was responsible for the overall product appearance, corporate image, logo and corporate typeface for the brand. the Nuna popsicle being enjoyed in Berlin 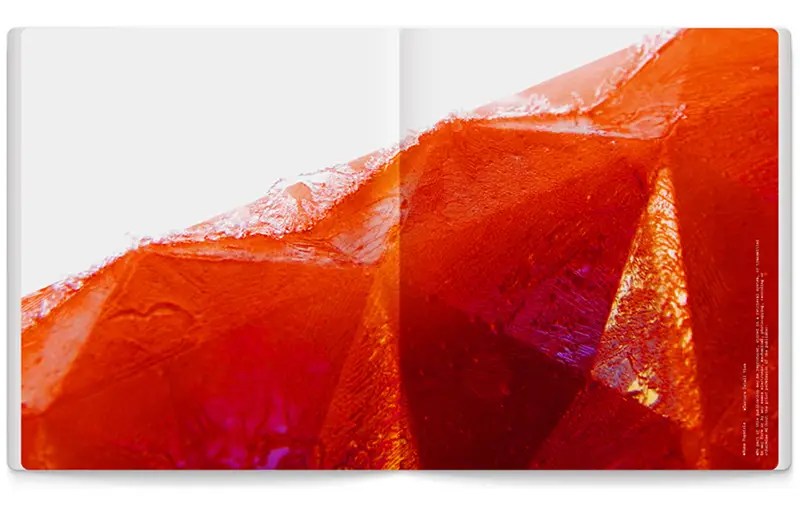 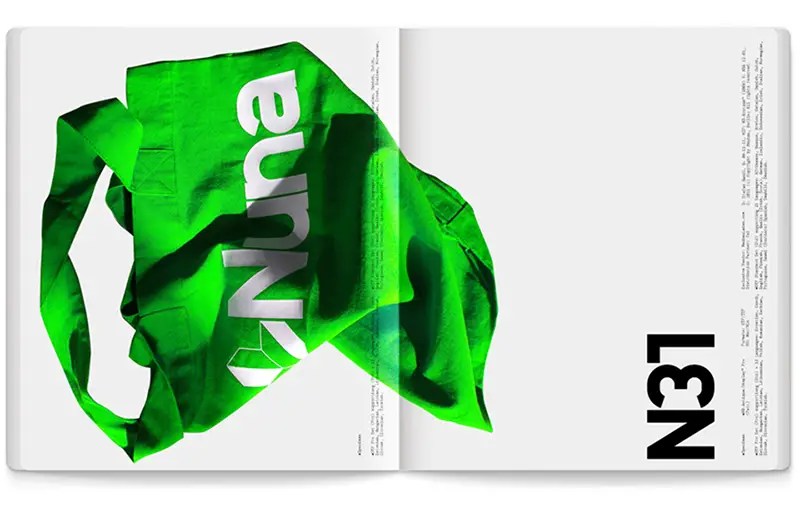 In 2013, Stefan’s design for Nuna was part of the “Food Project” exhibition — the first extensive food design retrospective — taking place at MART (the Museum of Modern and Contemporary Art) in Rovereto & Trentino. It was the first time that the original Nuna models were presented to the public. The Exhibition Catalogue “The Shape of Taste” and exhibition posters shown below were seen in the exhibition:

The Shape of Taste, Exhibition Catalogue (with wrap): 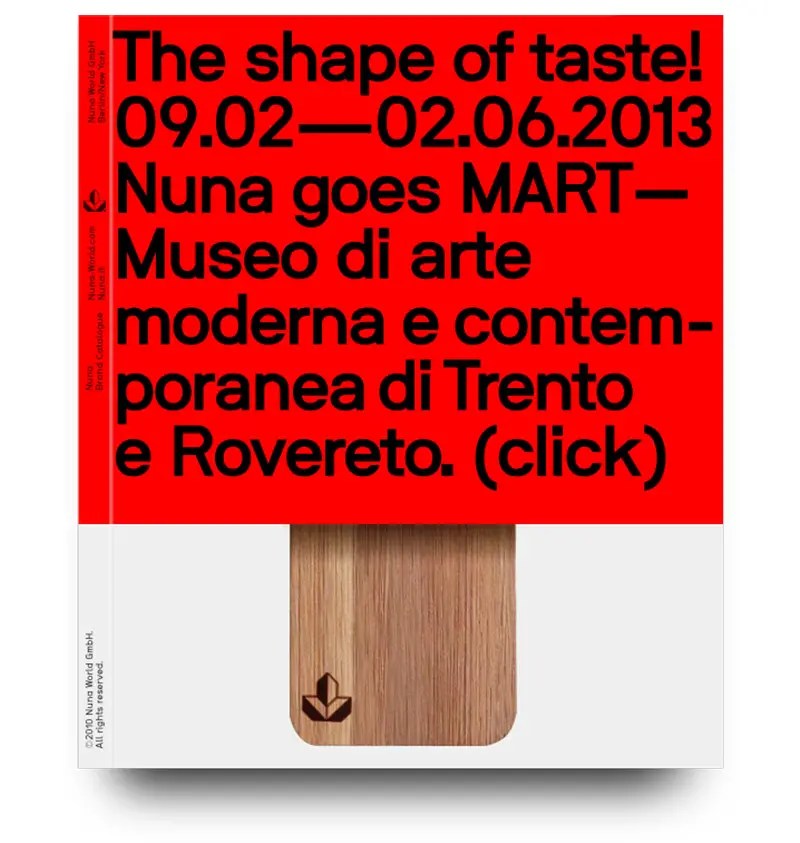 Nuna Framed Posters for MART “The Shape of Taste”: 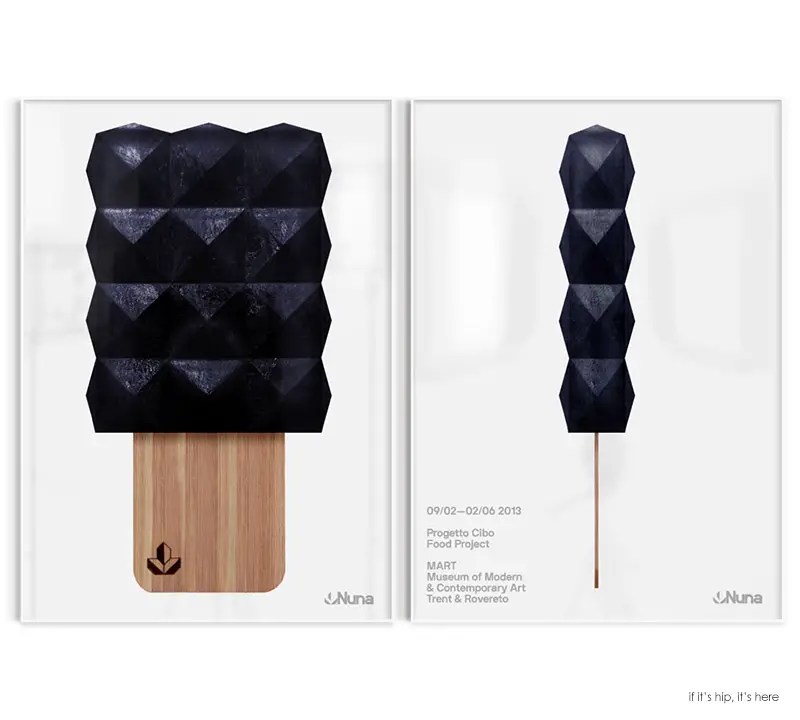 ‘Nuna — Out of this World’
A video accompanying the weblaunch of Nuna.it – the corporate website of Nuna World, can be seen here.

all information and images courtesy of Nuna and NeuBau Berlin

Misha Kahn’s Cabinet. Everything In (And Out Of) Its Place.