` The New American Women Quarters Program - If It's Hip, It's Here
Skip to content 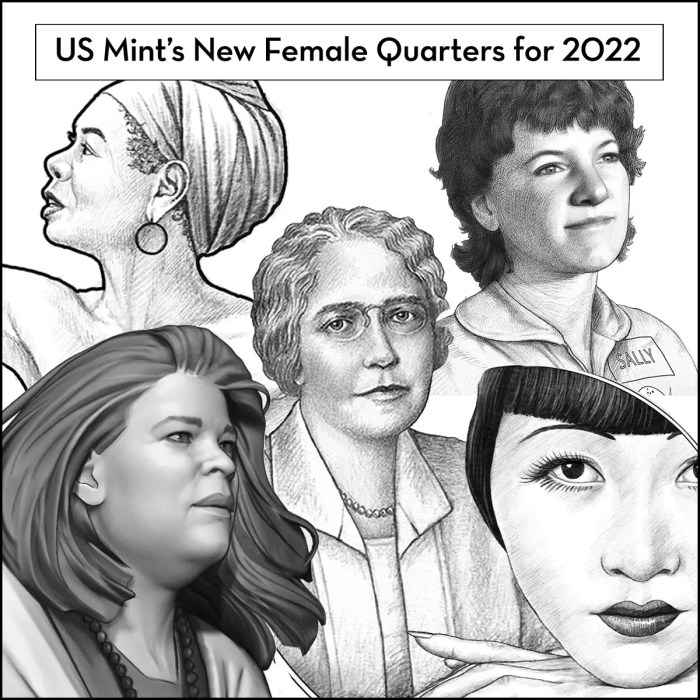 The US Mint has established a new American Women Quarters Program, a four-year plan that will issue 5 new quarter designs each year from 2022 through 2025 to celebrate women who’ve made significant contributions to the development and history of the United States.

The American Women Quarters Program designs will appear on the reverse side of the coin while the obverse of each coin will maintain a new likeness of George Washington that differs from the design used during the previous quarter programs.

The new “tails” side of the quarters will feature contributions from a variety of fields, including, but not limited to, suffrage, civil rights, abolition, government, humanities, science, space, and the arts. The women honored will be from ethnically, racially, and geographically diverse backgrounds. The Public Law requires that no living person be featured in the coin designs.

The first five distinguished American women to be celebrated on the new 2022 quarters:

Sculpted by medallic artist Craig Campbell and designed by Emily Damstra, the reverse (tails) of the coin depicts Maya Angelou with her arms uplifted. Behind her are a bird in flight and a rising sun, images inspired by her poetry and symbolic of the way she lived. Sculpted by medallic artist Phebe Hemphill and designed by Elana Hagler, the reverse (tails) depicts Dr. Sally Ride next to a window on the space shuttle, inspired by her quote, “But when I wasn’t working, I was usually at a window looking down at Earth.” The inscription “E PLURIBUS UNUM” is intentionally positioned over the Earth next to America, indicating that out of all women in the United States, Dr. Ride was the first into space. Sculpted by medallic artist Phebe Hemphill and designed by Benjamin Sowards, the reverse (tails) depicts Wilma Mankiller with a resolute gaze to the future. The wind is at her back, and she is wrapped in a traditional shawl. To her left is the seven-pointed star of the Cherokee Nation. 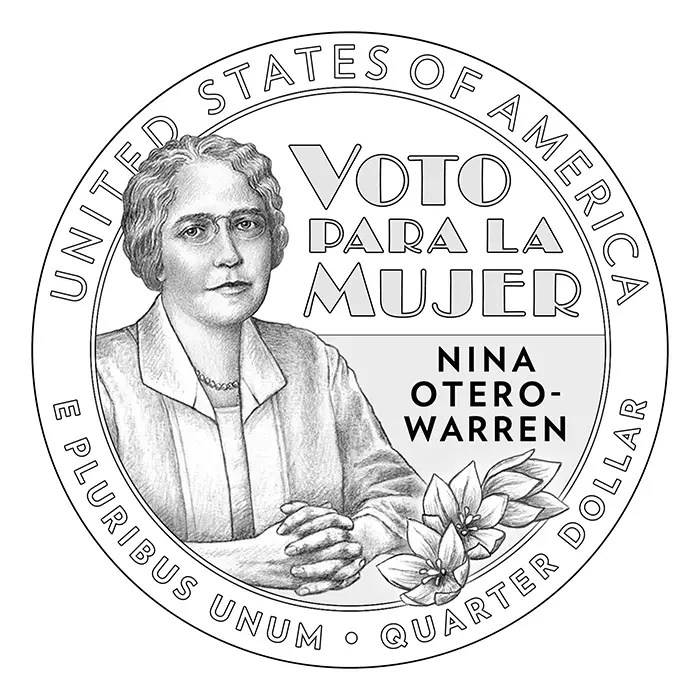 Sculpted by medallic artist John P. MacGraw and designed by Emily Damstra, the reverse (tails) features a close-up image of Anna May Wong with her head resting on her hand, surrounded by the bright lights of a marquee sign. information and images about the American Women Quarters courtesy of the US Mint.

These have now been minted and are available as silver and proof sets. Learn more here.

Prepare To Be Amazed. And Hungry. Over 50 Sushi Rolls Too Cool To Eat.

Alas, My Knight In Shining Porcelain. Eleven Of Them.