Netflix Is A Joke

The ad, which was created by Los Angeles agency Battery and directed by comedian and writer Neal Brennan debuted Sunday during the Emmys, was previously teased with mysterious billboards in Los Angeles and New York that popped up blindly claiming “Netflix is a joke.” The campaign also includes short clips of individual comics interacting with some of Netflix’s more popular shows and characters:

above: Jerry Seinfeld takes a ride with Frank Underwood of House of Cards and finds out that maybe the president just isn’t a big fan of comedy. Seinfeld’s brand new stand-up special, Jerry Before Seinfeld, streams Sept. 19. Only on Netflix.

There. We said it. 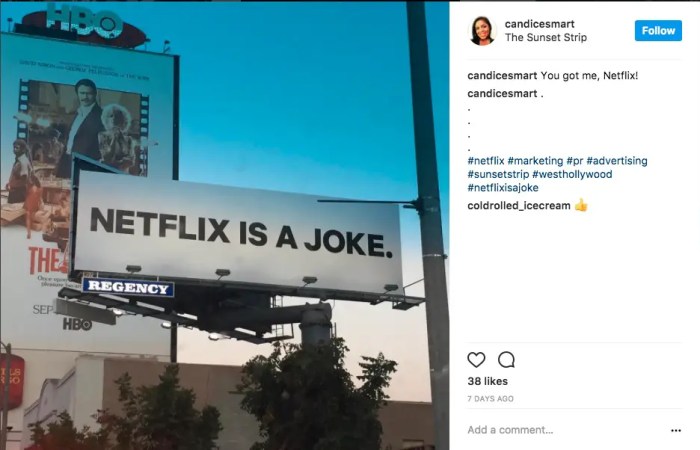 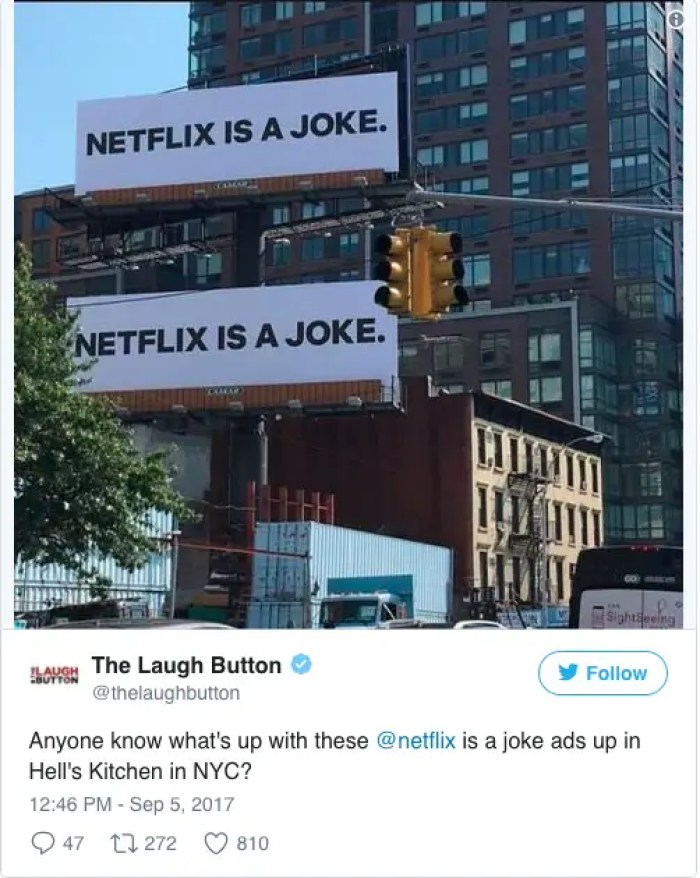 About Netflix:
Netflix is the world’s leading Internet television network with over 100 million members in over 190 countries enjoying more than 125 million hours of TV shows and movies per day, including original series, documentaries and feature films. Members can watch as much as they want, anytime, anywhere, on nearly any Internet-connected screen. Members can play, pause and resume watching, all without commercials or commitments.