We often showcase great residential spaces and unique architecture as they appear in design magazines – pristine and art-directed. Today we wanted to show you an award-winning architectural home in Tokyo and what it looks like before and after it’s been inhabited. 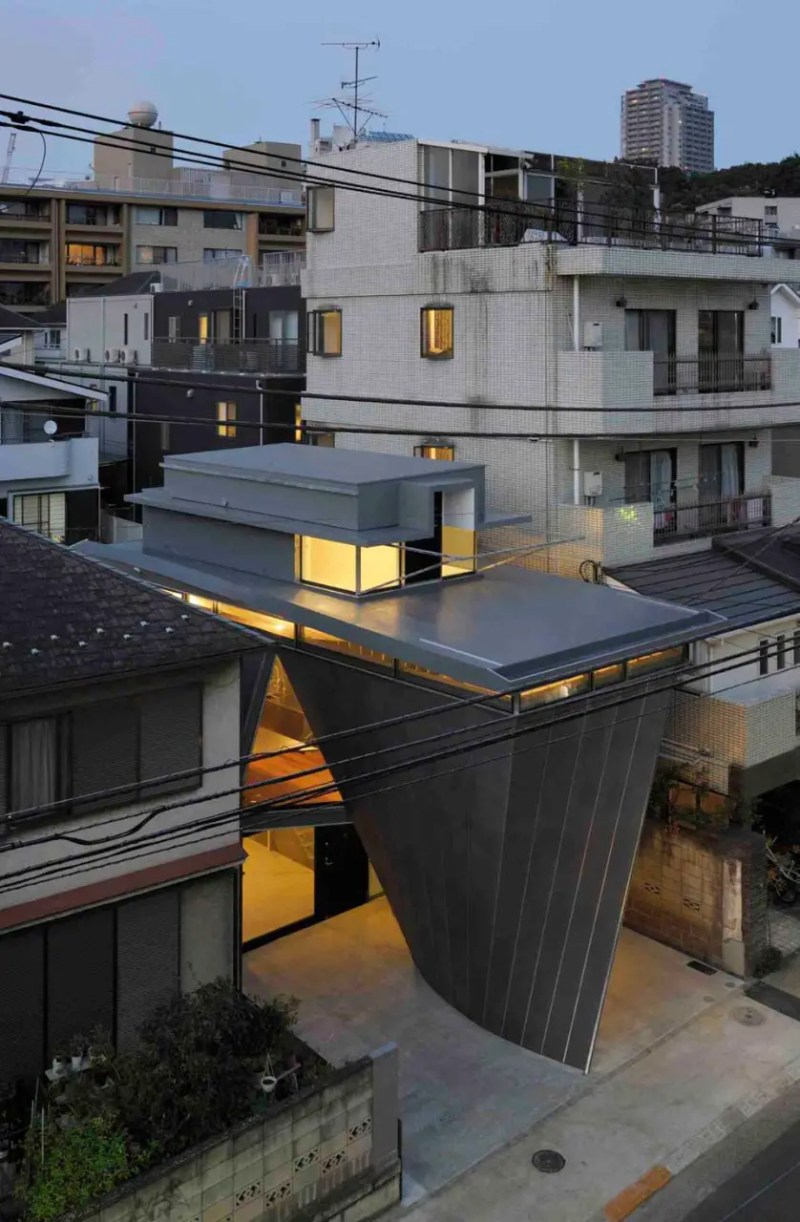 This unusual twisting Natural Stick II home by architect Masaki Endoh of EDH: Endo Design House, won awards when it was first completed in the stylish area of Meguro-ku,Tokyo in 2013. At that time, images of the modern home were published, predominantly empty, in Italy’s Domus Magazine. The home has unusual twerked angles and curved walls supported with I beams with an interior space of three floors and a penthouse, divvied up by a series of staircases and built-ins. Thanks to AFP BB news, we now get a look at seeing the home furnished and lived in. This is the 127 square meter home of Masaru Unozawa (49 years old, self-employed), who’s more of a car enthusiast than an architecture fan. The floor plan of this house is a garage for three cars on the first floor (indoors for the Lotus and outdoors for work cars and visitors) and a small office space at the entrance. In the basement are the office, a bathroom and the main bedroom. The second floor is a large living /dining room only, and on the third floor is a very simple arrangement for the children’s room. 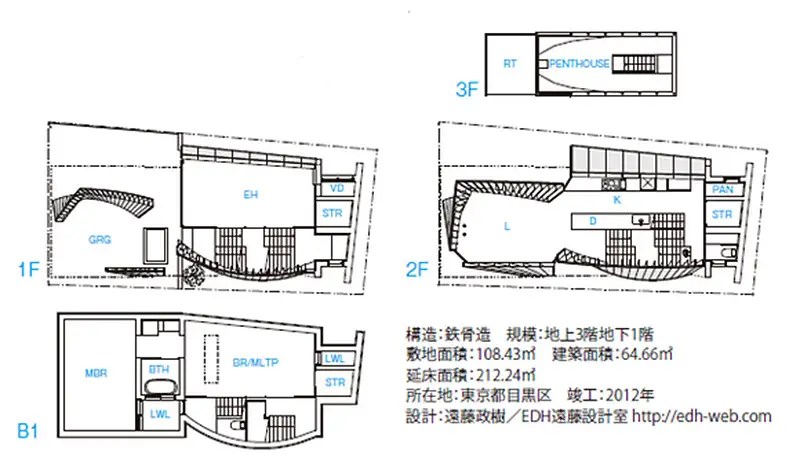 While the steel frame constructed home was designed with a carport on the ground floor for the family car, its primary function was was to showcase the owner’s favorite car, his 1969 Lotus Europa, which was given an interior garage that can be seen through a glass window from various places, inside and outside of the home. At night, the window in which the Lotus fits can be lit up giving people the impression that the building is a shop, rather than a home and this unusual appearance is was what the builder sought. Unozawa didn’t want a home in which to relax, but to play. On weekdays, he lives in a nearby town with a factory, and on weekends, he returns here where his wife and children live. Inside the first and second floors, the steel framing doubles as shelves for books and Masaru’s collection of shoes worn by famous athletes. The Kitchen and Dining area is up on the second floor. 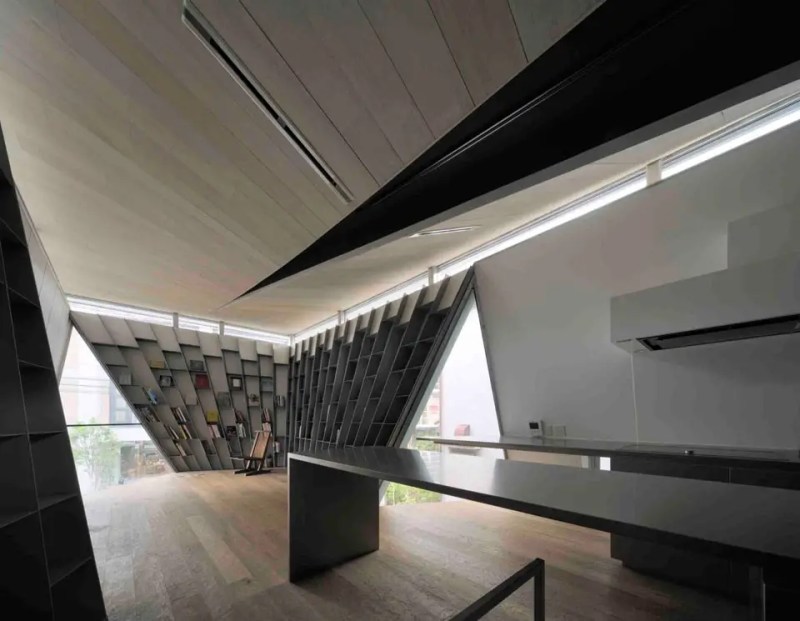 The basement is the most private area and houses the main bedroom in the front half, below the carport and the main parking space. In the rear of the basement are two large storage areas. Tour The First Ever Apartment Inside The Eiffel Tower