` Tom Blachford Moonlight Modernism - If It's Hip, It's Here
Skip to content 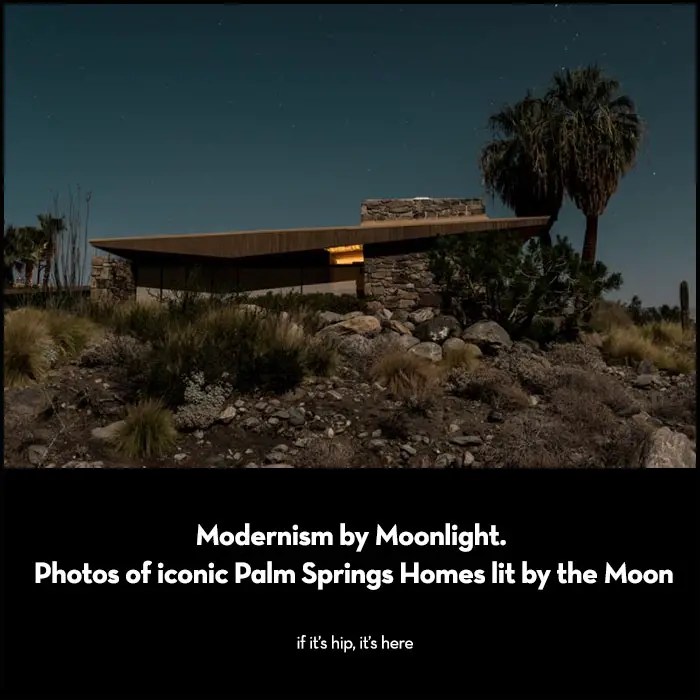 Using the moon as his primary light source and tweaking the exposure time, Australia-based photographer Tom Blachford has created dramatic images of Mid-century modern homes, by architects from Krisel to Kaufmann, in Palm Springs. 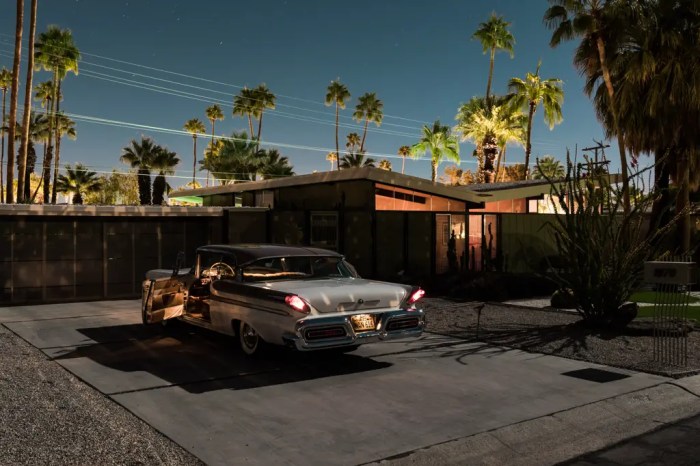 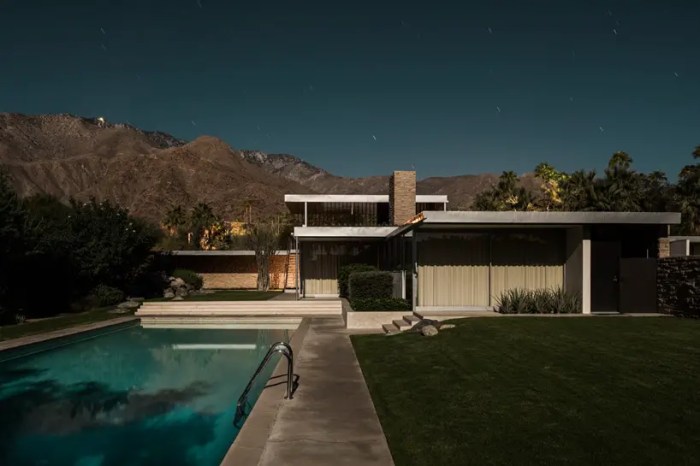 The 27 year old Blachford started in the historic Twin Palms neighborhood and after snapping the first picture, he was hooked. Since his initial trip to the desert, Blachford has returned twice, including a trip that coincided with the glow of this past July’s “supermoon.”

According to the Desert Sun, Blachford exhibited the images from his first Palm Springs trip in Australia, and they started picking up traction on the Internet. Through the photos’ release, he was able to connect with area homeowners and the Palm Springs Modern Committee. Through working with Menrad and PSModCom, Blachford was granted access to high-profile homes including Trina Turk’s Ship of the Desert and the Kaufmann House. 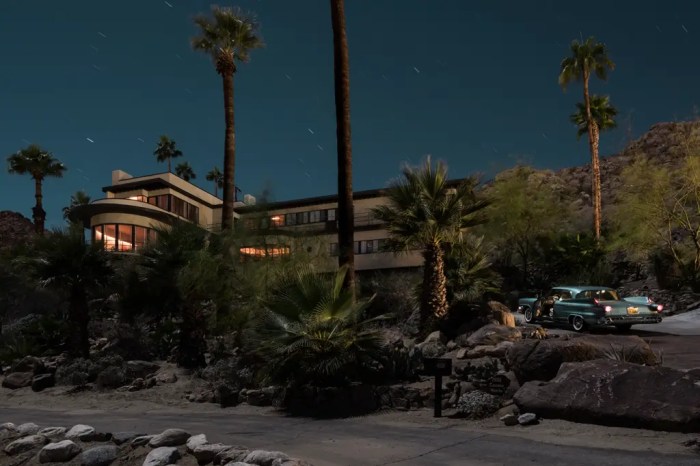 This year at Modernism Week in Palm Springs, the moonlit images of the city’s iconic modernist architecture were shown during a one day only exhibit, Midnight Modern, but the photos -which have been a popular subject amongst bloggers of modern architecture and photography- are also available to view on the photographer’s website. 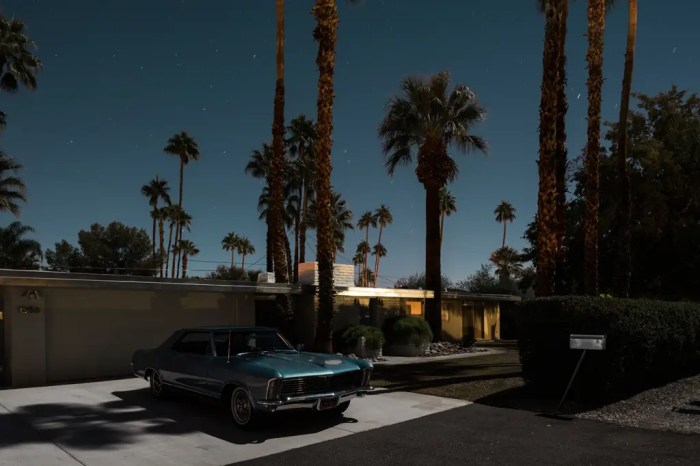 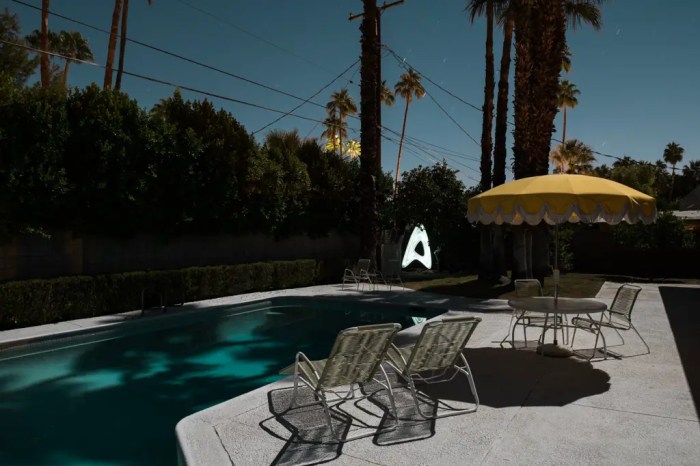 Curbed reports that most of the exposure times were 30 seconds, but it took a full minute for the Swiss-Miss chalet-style houses to catch some moon glow under their precipitous roofs. 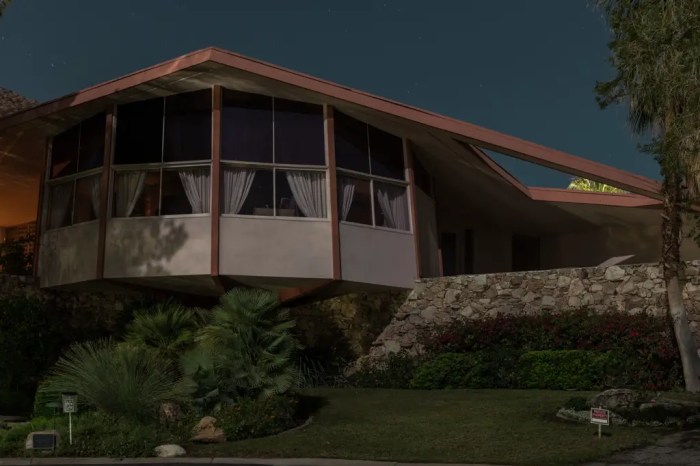 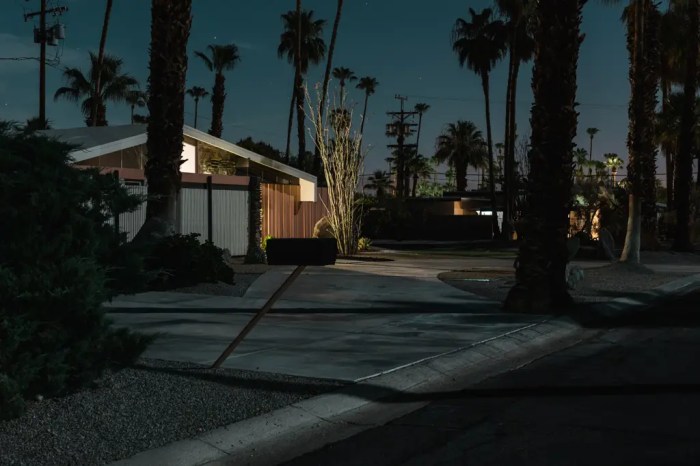 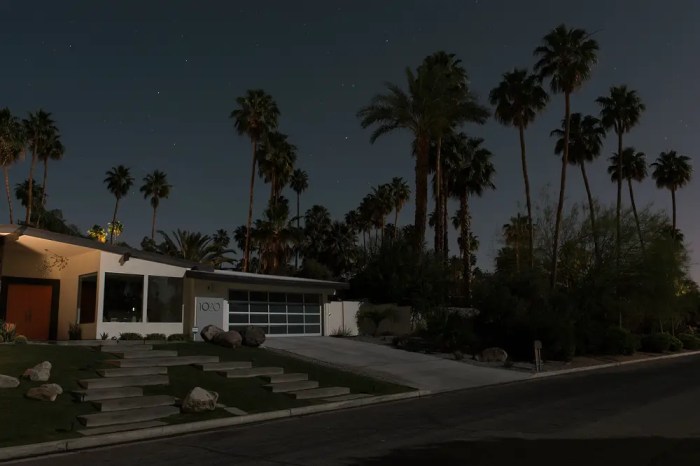 Emoticons, Creepily Brought To Life, Warn Against The Dangers Of Online Sexual Predators.

He’s 18. And Boy Can He Shoot. Surreal Portraits By Photographer Alex Stoddard.

The Hello House by OOF! Architecture