` Minimalist Picornell House - If It's Hip, It's Here
Skip to content 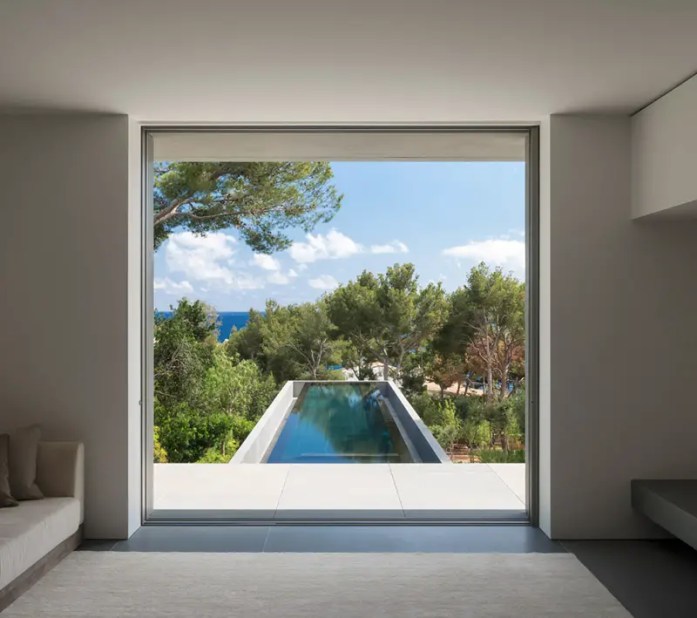 The Picornell House in Mallorca, Spain by architect John Pawson, which began design in 2006, was just recently completed. The house appears as a modern and minimalist looking single story structure from the street view, but has a second floor on the sea-facing side and a stunning pool that projects out into the garden. 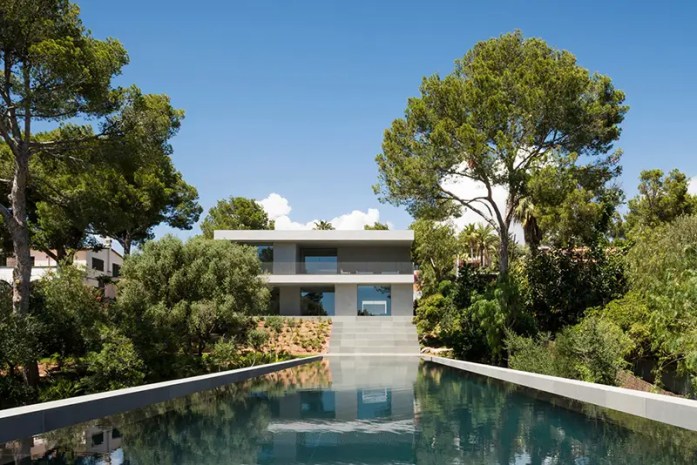 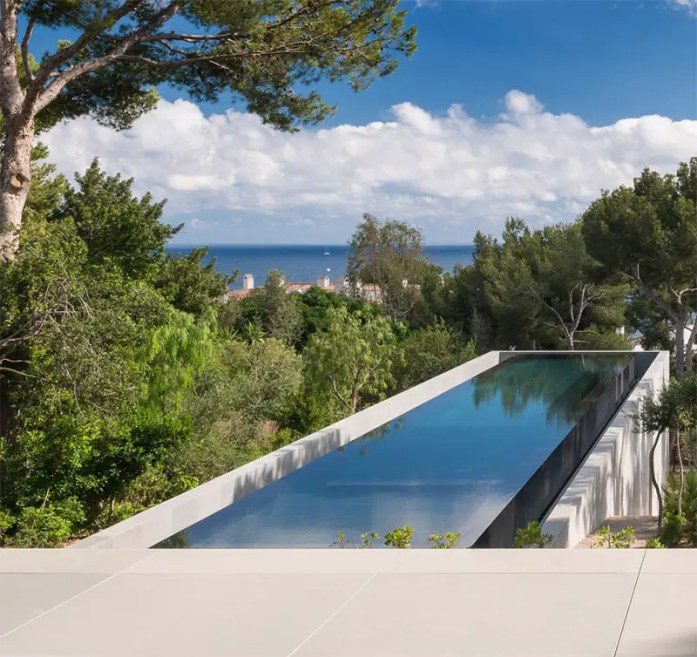 The minimalist Picornell House is located on a south-facing slope 10km from the center of Palma. It’s a family home which addresses the challenge of making architecture that celebrates the contours of the landscape, while affording optimal and — critically, in a climate such as Mallorca’s — controllable light penetration. The home’s walls are of the thickness required for optimal cooling in summer and insulation in winter, with natural cooling and ventilation supported by a sculptural, funnel-like courtyard within the floor plan. 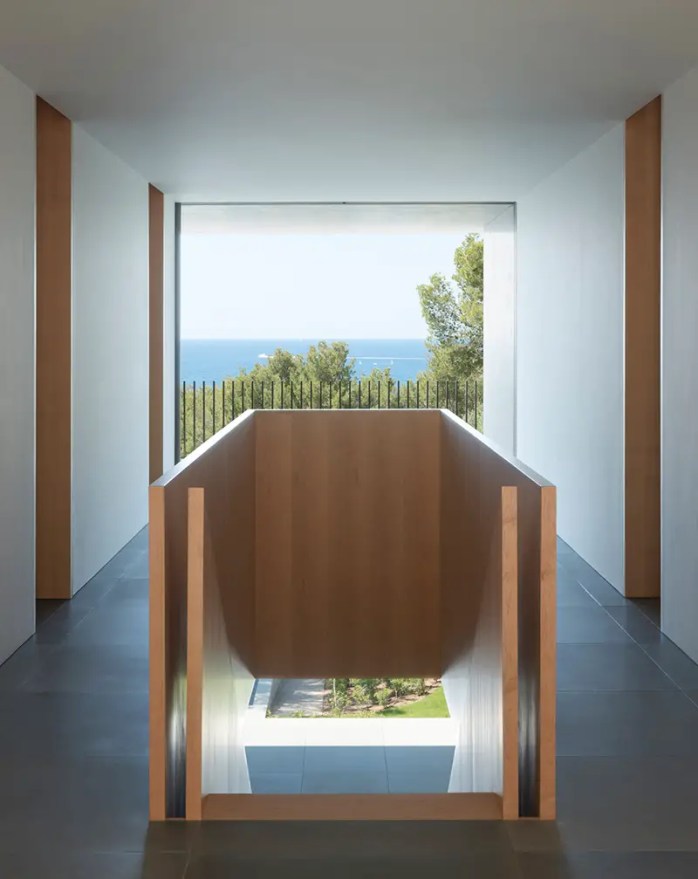 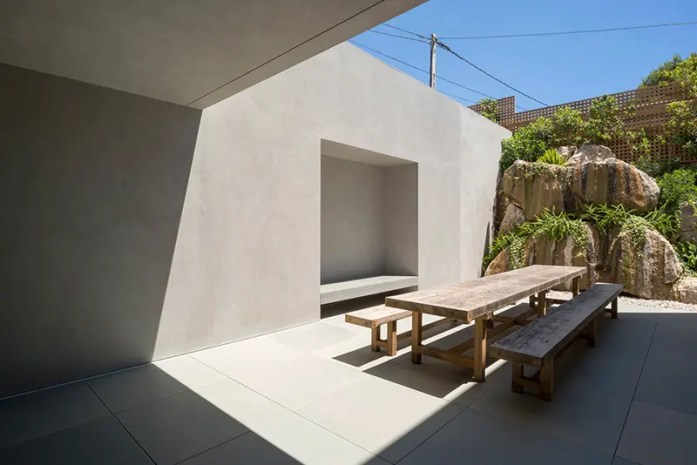 Projecting out into the backyard, the pool underscores the dramatic attenuation of the site. 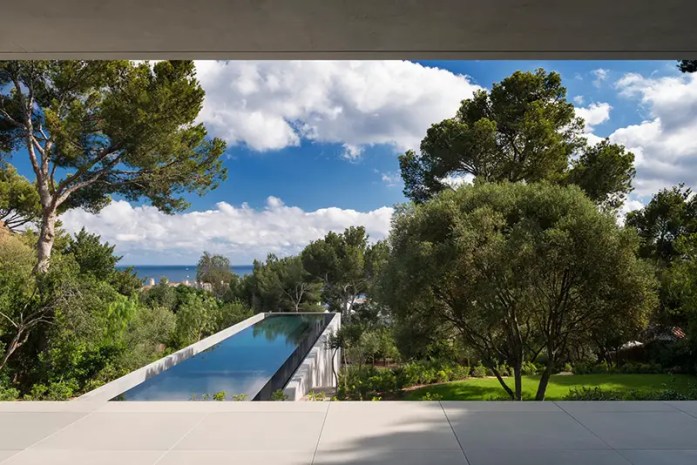 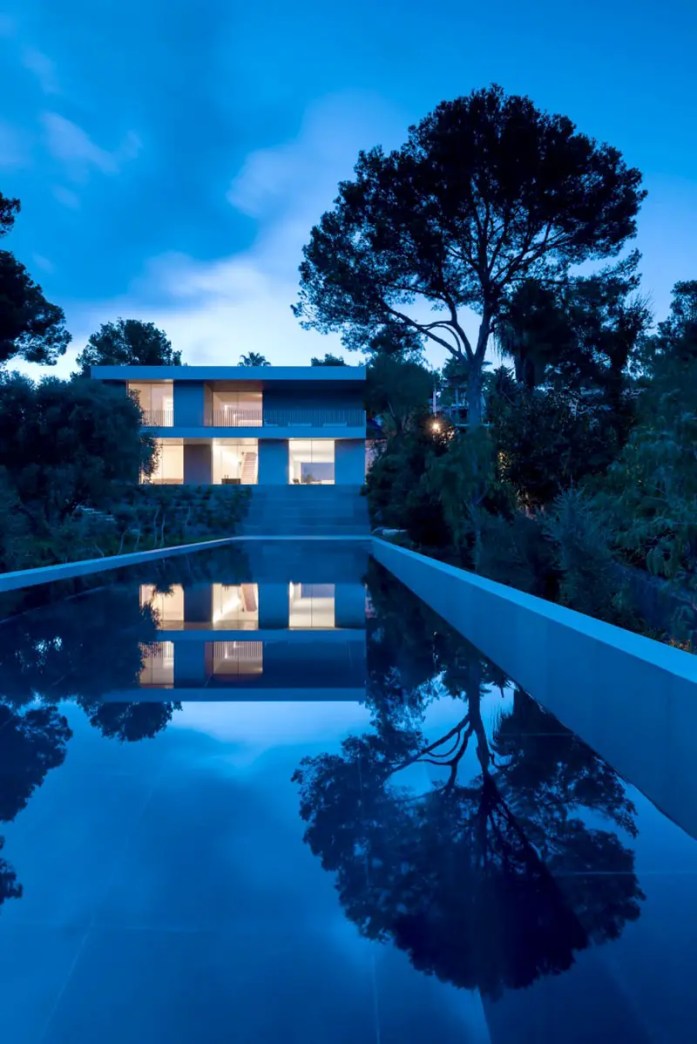