` Minions As Muses. The Bello Yello Fashion Capsule Collection For Adults. - If It's Hip, It's Here
Skip to content The Minions Bello Yello Capsule Collection created by a select group of UK fashion designers has been launched to celebrate the film release of Universal Pictures and Illumination Entertainment’s Minions, opening July 8.

The limited edition collection, which was inspired by the lovable little yellow minions from “Despicable Me” and the soon be released film of their own “Minions” is available exclusively at Selfridges and at Colette beginning July 8th. The Minions Bello Yellow collection included products from Rupert Sanderson designers, Giles Deacon, Piers Atkinson, Tatty Devine and Criminal Damage, as well as designer jeans SJYP from a new South Korean label. 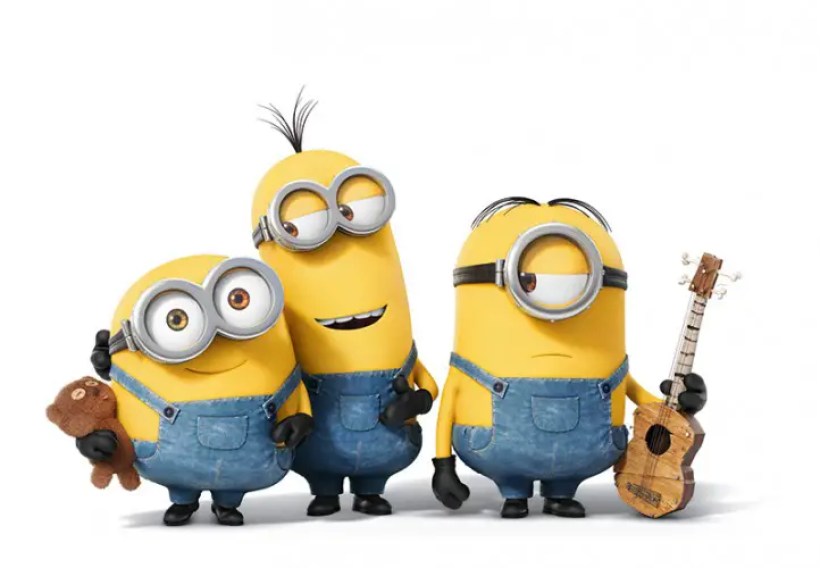 When Suzy Menkes took on the task of creating a mockumentary focusing on the influence that the Minions have had on the fashion industry since the beginning of time, stars including Alber Elbaz, Domenico Dolce, Stefano Gabbana and Stephen Jones lined up to admit that yellow had always been a big part of their lives. .

And this cover was a natural Vogue instinct as a result: 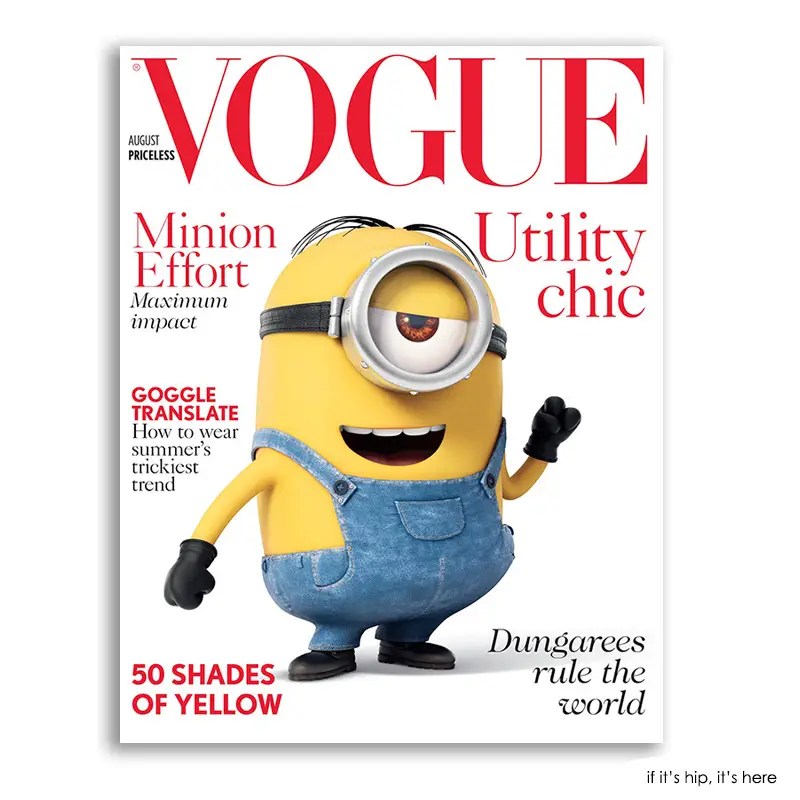 • Rupert Sanderson: the creator revisits her pump bestseller, the Malory at 100mm heel and printed fabric. Sandra Bullock, who is the voice of the villainous Scarlett Overkill in the movie, wore the fabulous Rupert Sanderson heels from the collection to the Saturday premiere: 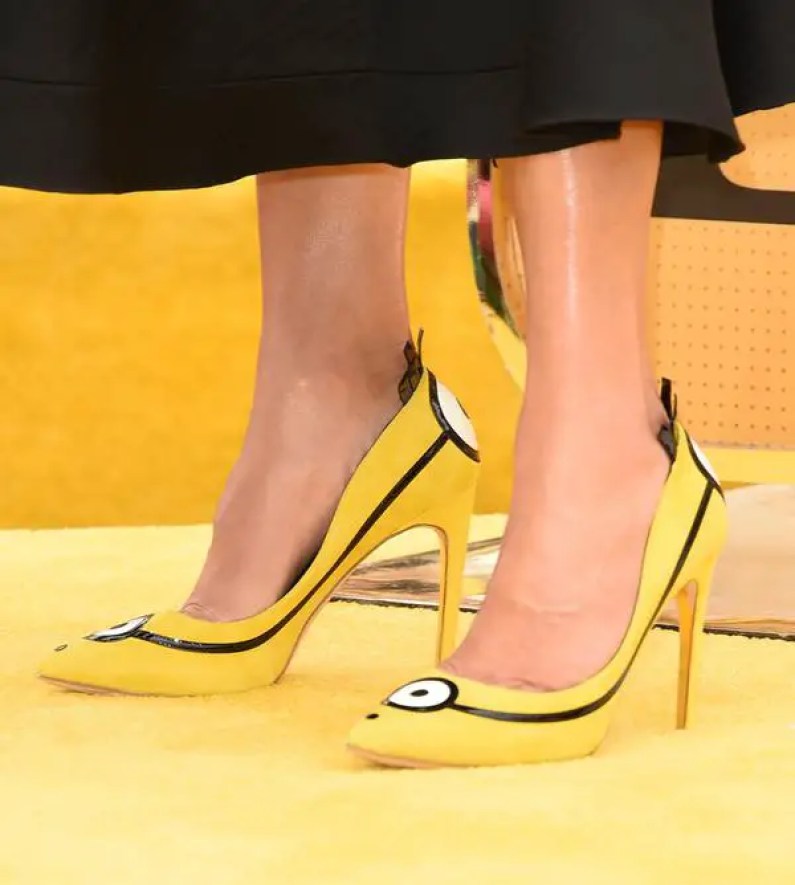 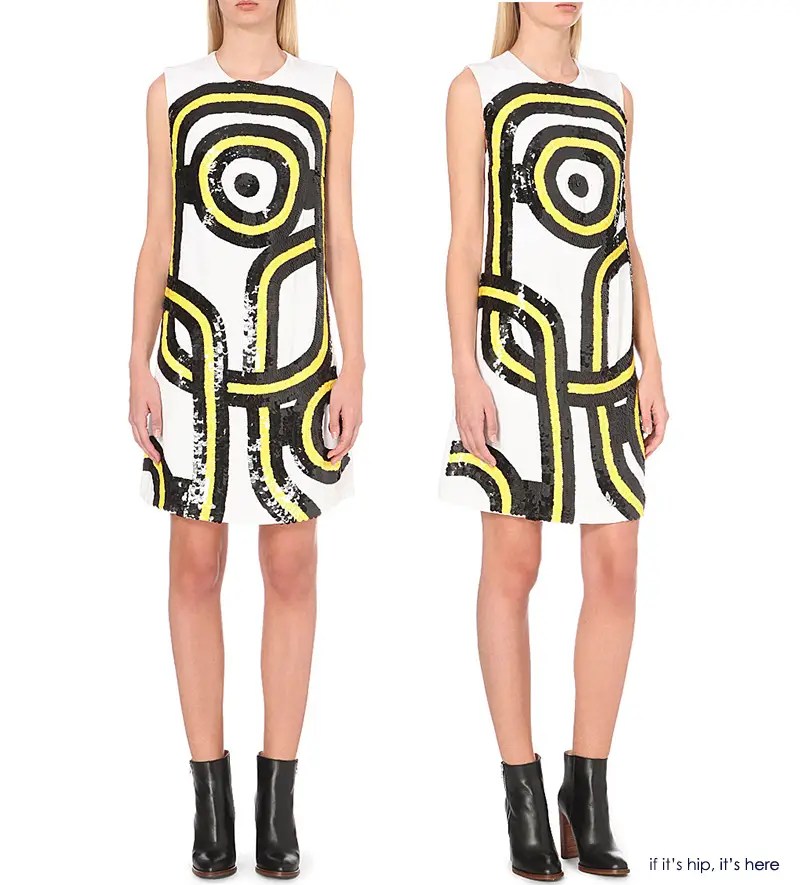 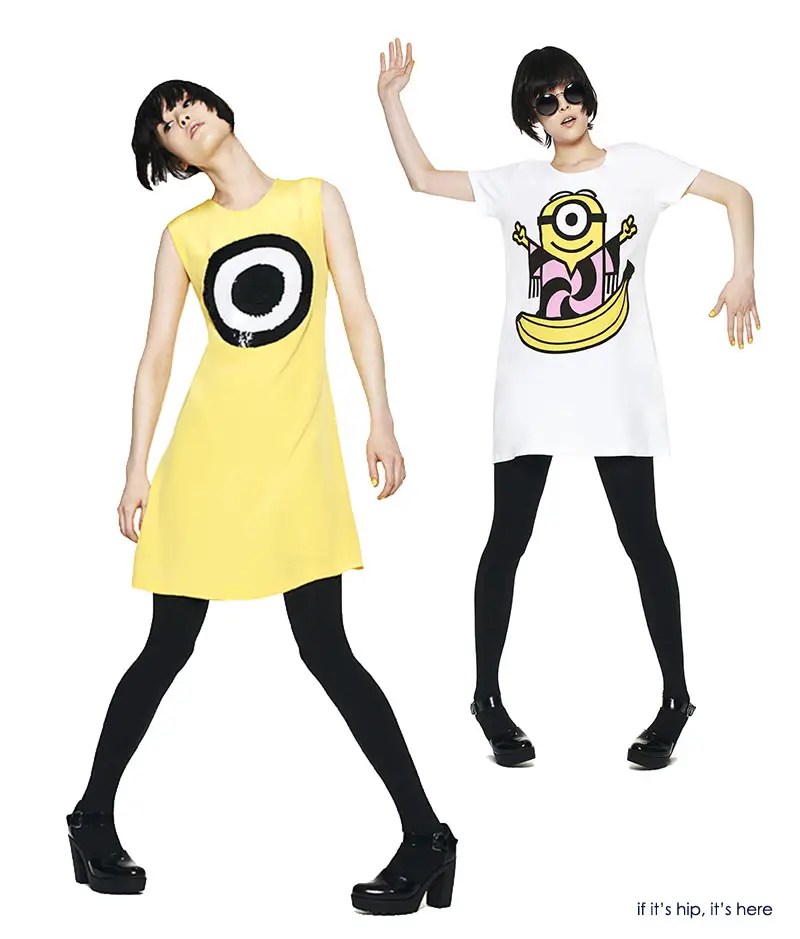 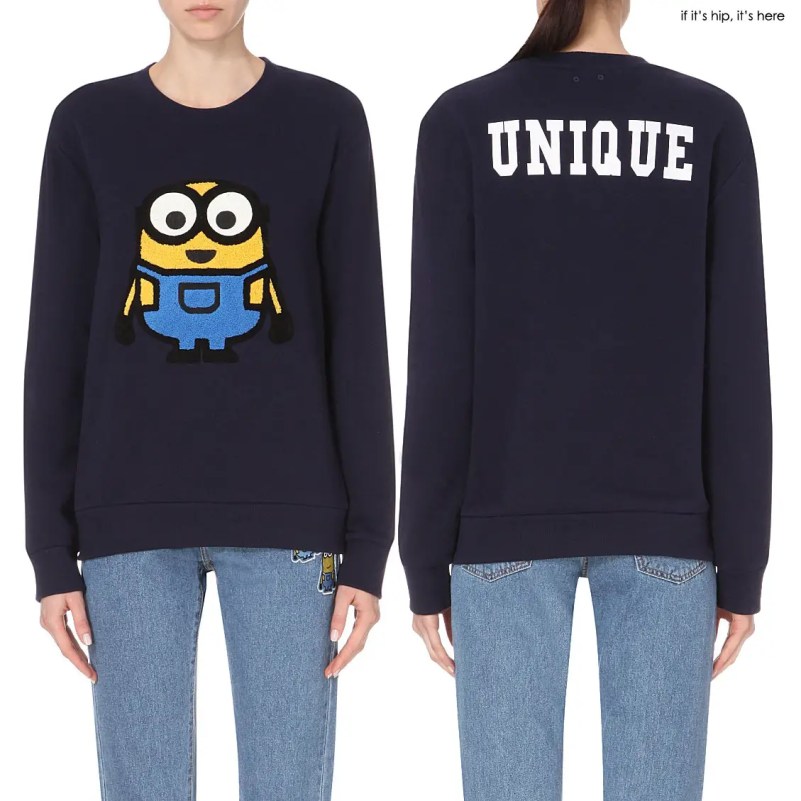 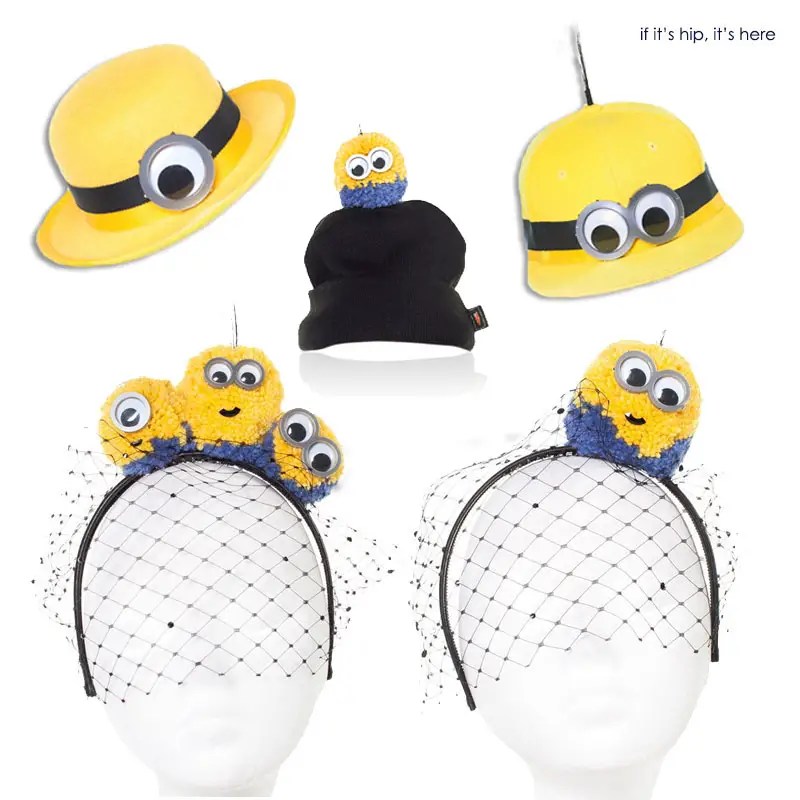 • Criminal Damage: streetwear for men and women, with t-shirts and hoodies. 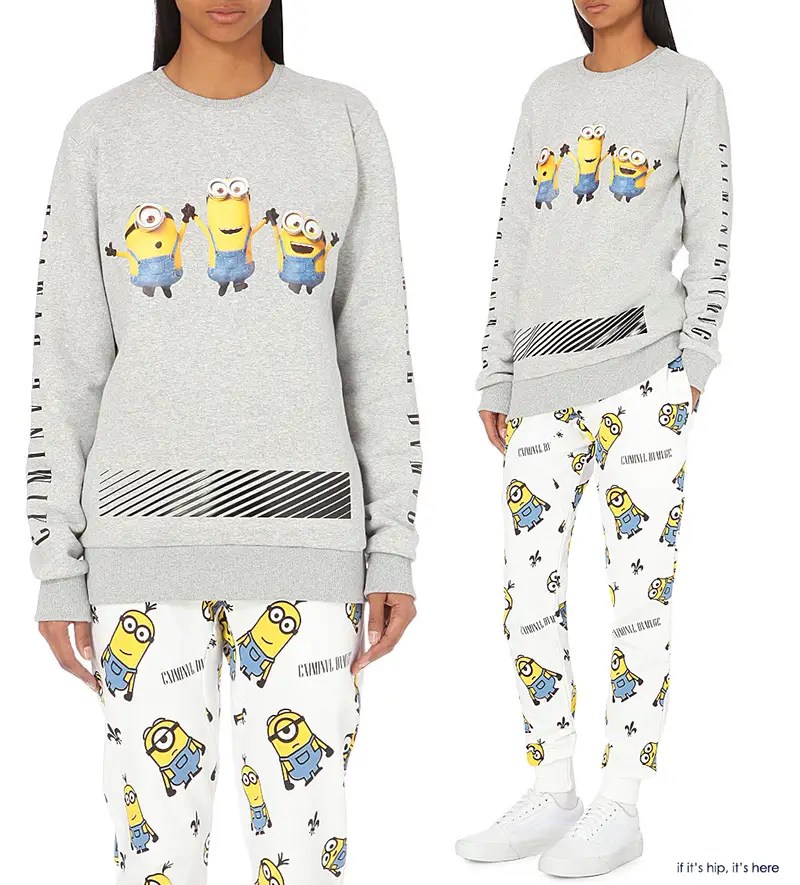 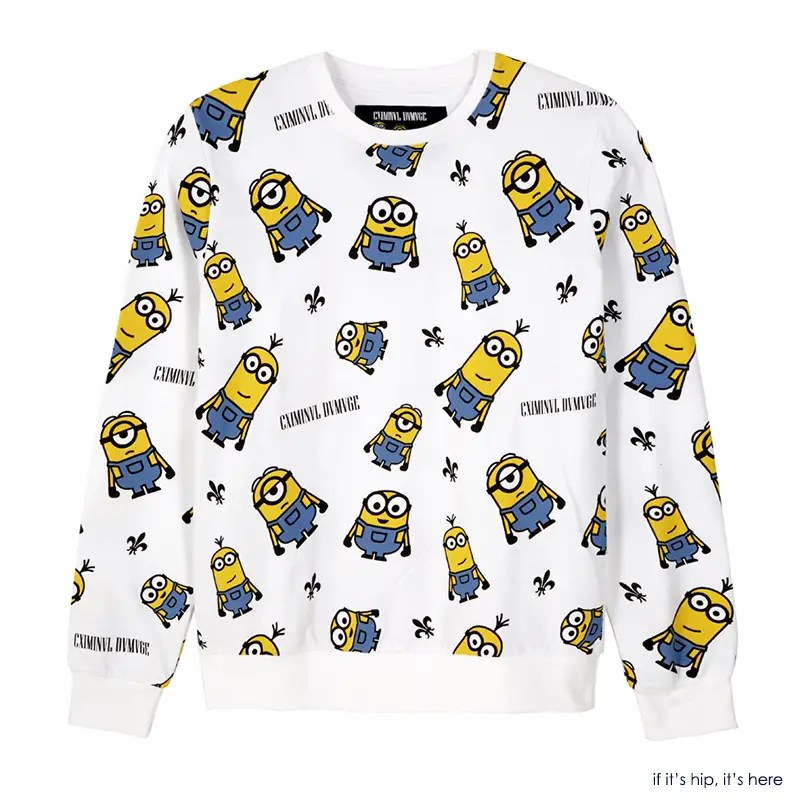 They have Minions Havianas, too: 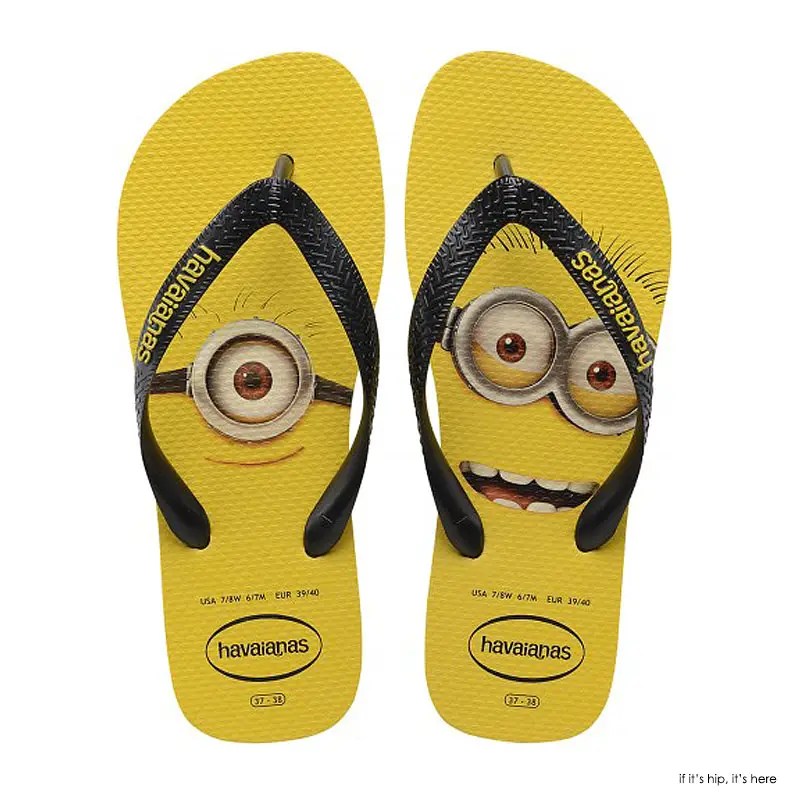 Jamie Stevens, executive vice president, global retail development Universal Partnerships & Licensing, said that the designs have been created as “a collection of fashion-forward pieces that will appeal to the brand’s young adult and adult fans.” “We took inspiration from the London setting of the…film and partnered with several U.K. designers we felt could accurately translate the sweet and subversive personality of the Minions to fashion.”

The line has already launched at Selfridges in London and Manchester. Following the film’s London premiere, the collection will roll out globally to stores starting with Colette in Paris. Prices for the collections are expected to start at 30 pounds, or $45, for a Tatty Devine necklace and run through to 540 pounds, or $800, for a Rupert Sanderson shoe.