The Met Gala 2021 took place last night. Few followed or understood the theme, American Independence -paying tribute to American Style, but that happens every year. While there were a few nods to red, white and blue, stars and stripes, denim, cowboys and classic American designers, most just took the opportunity to turn out in truly wonderful and weird fashions.

We noticed a few undeniable trends at last night’s event. One that was hard to miss were the popular silver beaded sheer gowns that were barely there (much like Dakota Jackson’s from the Venice Film Festival). 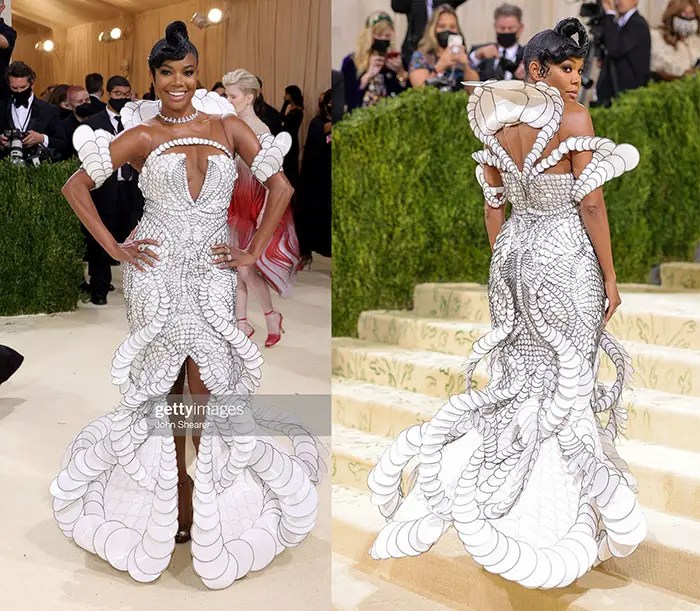 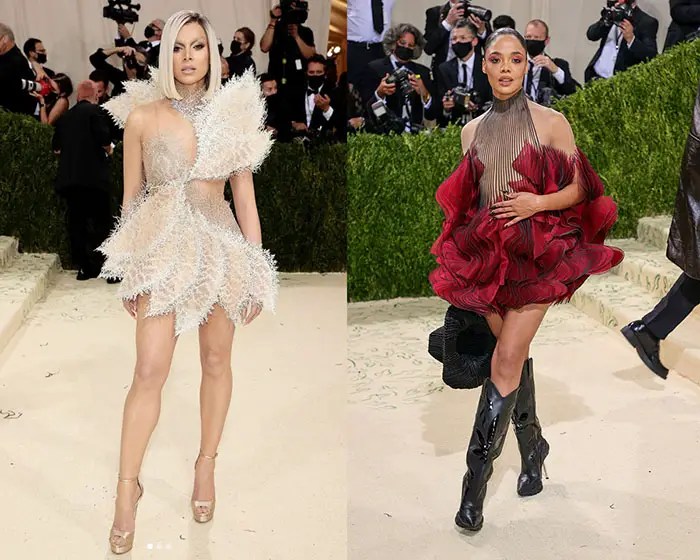 There were some toned tummies:

And some no tummies:

And some very sexy decolletage

There were some who went big, beautiful and beaded:

And some had a message:

While several chose to go formal in classic black and white:

Some went for vibrant color

While pastels were the color of choice for some.

There were outfits that transformed on the red carpet.

And some were so odd, they needed no transformation.

Of course, we couldn’t post ALL the pics, that’s why we put over 240 on our Pinterest board here.

Polish Costumer and Polish Photographer Bring Out The Best in One Another.

It’s Not A Watch. Really, It’s Not. The Becomb Infinity.