The 1962 TWA Terminal at John F. Kennedy International Airport, originally designed by Eero Saarinen and which has sat vacant for the past 14 years, will soon be turned into a large hip hotel. Prior to its transformation, New York photographer and architecture enthusiast Max Touhey captured the beauty of what was once Terminal 5 for the online site Curbed. This piqued our interest so we found the original architectural plans and some historical photos and have shared them along with the wonderful pics by Touhey.

Prior to sharing Max Touhey’s wonderful photos with you, here are some vintage photos of the terminal and the original architectural drawings and plans presented for Saarinen’s 1962 TWA Terminal. Originally built by Saarinen and Associates, the TWA Terminal opened in to the public in 1962 and cost $15 million dollars. At the time, the JFK airport was named the Idlewild Airport.

An aerial view of construction of the terminal: The rotating TWA sign you see here is long gone: Sadly, Saarinen never lived to see it completed, dying from a brain tumor on September 1st, 1961. The image below shows the dedication to the architect / designer in the floor of the terminal.

Below are the original proposed drawings for the terminal by Saarinen and Associates from 1956, courtesy of the Library of Congress. The terminal ceased operating in October 2001 when TWA’s financial position became untenable after the impact of 9/11 on air travel. The breathtaking example of mid-century modern architecture then sat vacant for 14 years.

Talk about turning it into a hotel has been going on since 2011 and according to Curbed, MCR Development has committed to turning the historic structure into The TWA Flight Center Hotel. The new structure is expected to be a facility with 505 hotel rooms, 40,000 square feet of meeting space, six to eight dining establishments, and a 10,000-square-foot observation deck.

While MCR Development’s online portfolio consists predominantly of unattractive ‘suite’ hotels for Marriott, The Hampton Inn and Hilton, they did do a nice job converting the old General Theological Seminary into the High Line Hotel.

Curbed also says that the redevelopment is a public-private partnership between MCR Development, JetBlue, and the Port Authority of New York and New Jersey, but it will be privately funded. The TWA Flight Center Hotel is expected to break ground in 2016 and open in 2018. On June 2015, while the staff of a team of digital scanning was at work recording every detail of Eero Saarinen’s 1962 terminal at John F. Kennedy International Airport to make a digital 3D model, photographer Max Touhey was granted access to capture the closed-to-the-public building just ahead of its transformation. 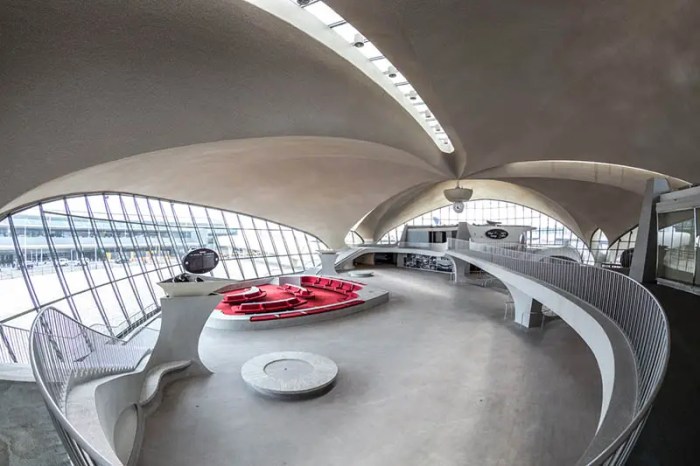 “All the curves, all the spaces and elements right down to the shape of the signs, display boards, railings and check-in desks were to be of a matching nature. We wanted passengers passing through the building to experience a fully-designed environment, in which each part arises from another and everything belongs to the same formal world.” —Eero Saarinen, 1959 from Peter Gossel and Gabriele Leuthauser. Architecture in the Twentieth Century. p250. 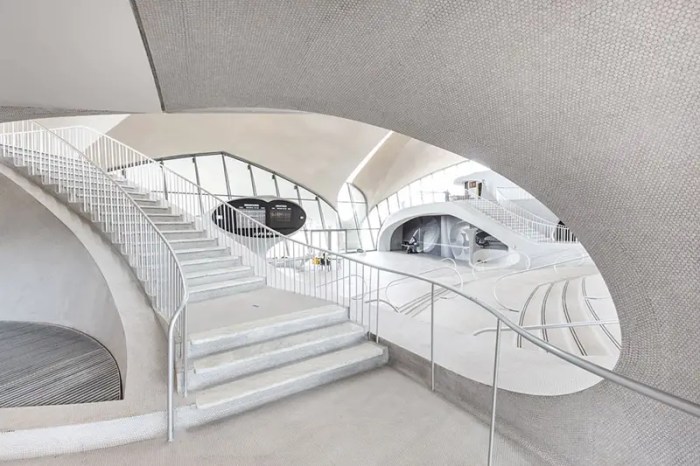 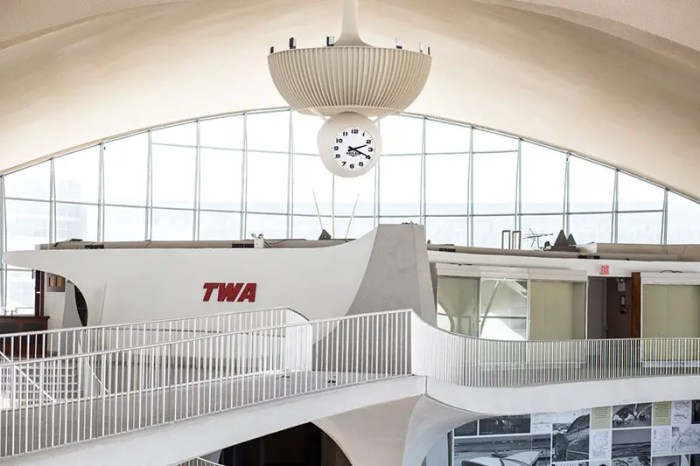 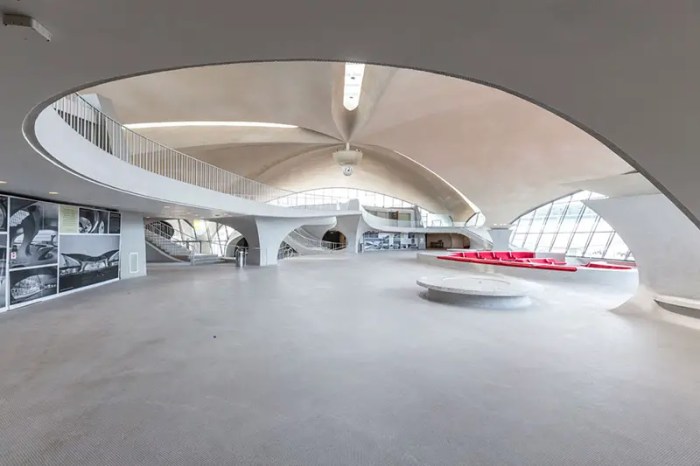 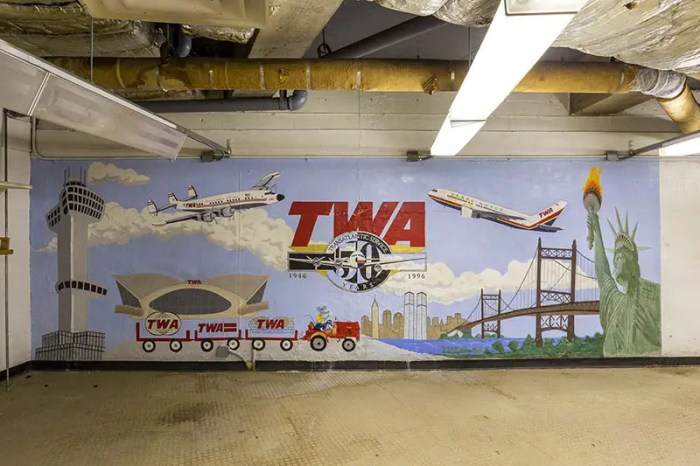 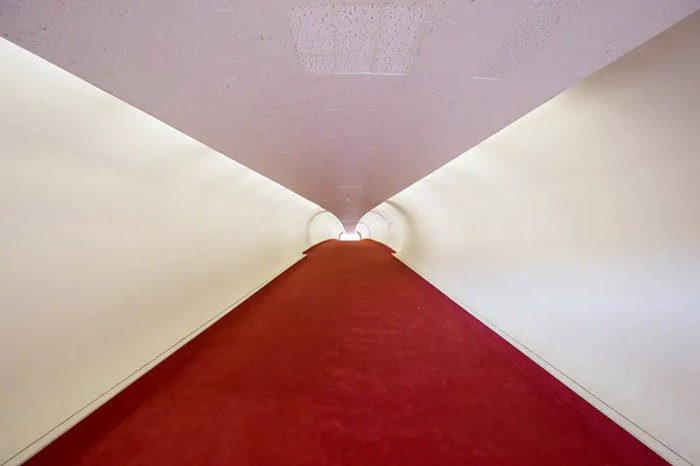 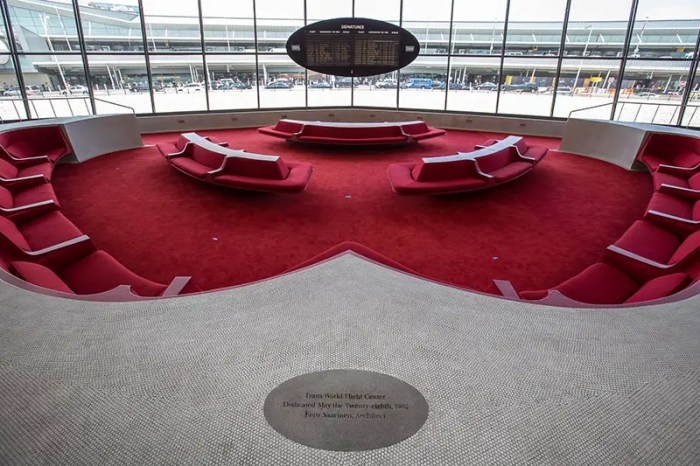 Thanks to Curbed for the Max Touhey photos.