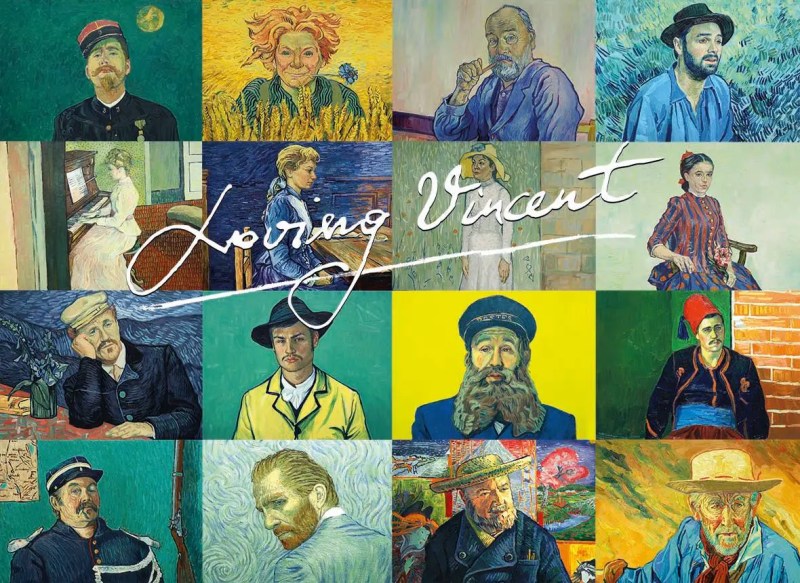 Loving Vincent is a feature film that looks into the mystery of artist Vincent Van Gogh’s death. What makes the film unusual is that the story is communicated through animated paintings at 12 oil paintings per-second. above: Director Dorota Kobiela participated in the actual painting on film

The project has been in the works for several years now, including a kickstarter campaign to raise funds to help train several painters. How is it done? Live action is filmed first and then projected, frame by frame, onto canvas and then painted over with oils by one of the over 100 painters who have participated in the project.

Loving Vincent features over one hundred and twenty of Vincent Van Gogh’s greatest paintings. The plot was drawn from the 800 letters written by the painter himself, introducing us to the significant people and events leading up to his unexpected death.

“Well, the truth is, we cannot speak other than by our paintings” – Vincent Van Gogh in his final letter.

And here’s the new and recent trailer:

Film Studio BreakThru Films, and Painter-Director Dorota Kobiela, take him at his word, and bring Vincent’s paintings to life to tell the story of the last days of this towering genius.