` Liz Glynn's Open Air Ballroom In Central Park - If It's Hip, It's Here
Skip to content 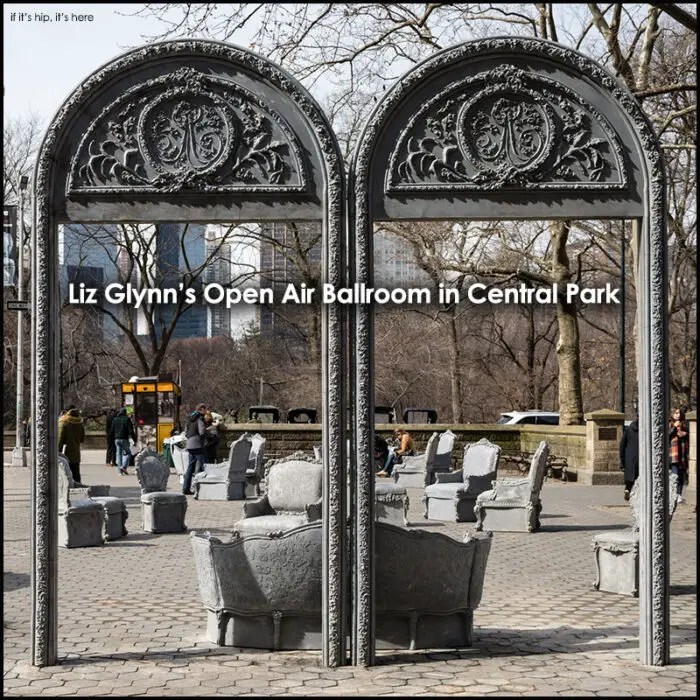 Thanks to my friend George Sweet (no relation except for our mutual interest in the beautiful and unusual), I was made aware of this public art fund installation presently on view at the corner of 60th Street and 5th Avenue in New York’s Doris C. Freedman Plaza. “Open House” by Liz Glynn is a collection of concrete cast Louis XIV furniture that was designed to highlight class distinctions. 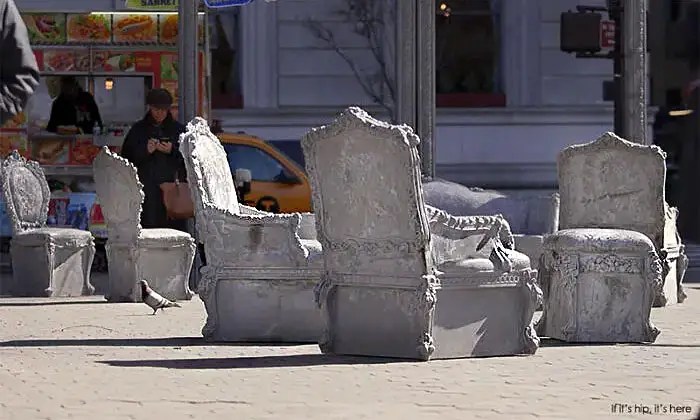 At the turn of the 20th century, New York City’s wealthy elite gathered in opulent private ballrooms to define their social status. In contrast, Central Park granted democratic access to public space when it was established in the 1850s as one of the nation’s first urban parks. 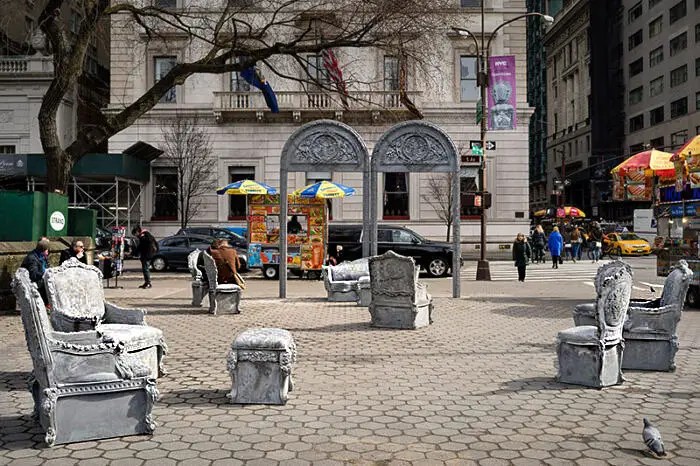 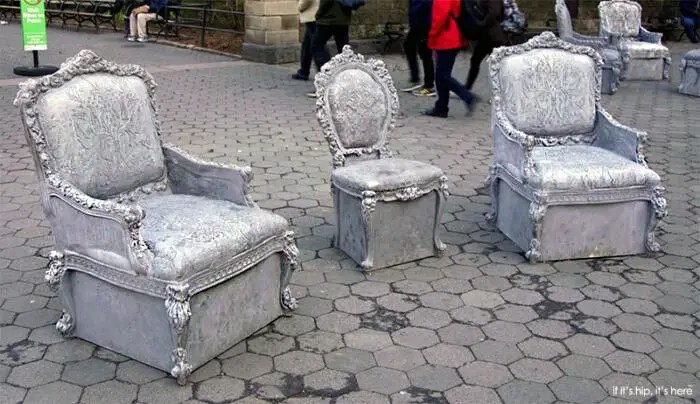 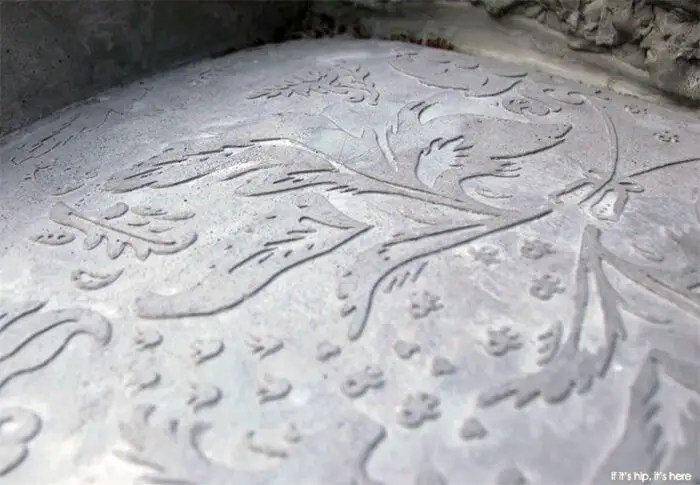 With this revision, the artist invites the public to enjoy a previously exclusive interior space that is now open and accessible to all. In this strange facsimile, Glynn addresses the evolving face of a city: who has access to space in a society that is increasingly divided along socio-economic lines? 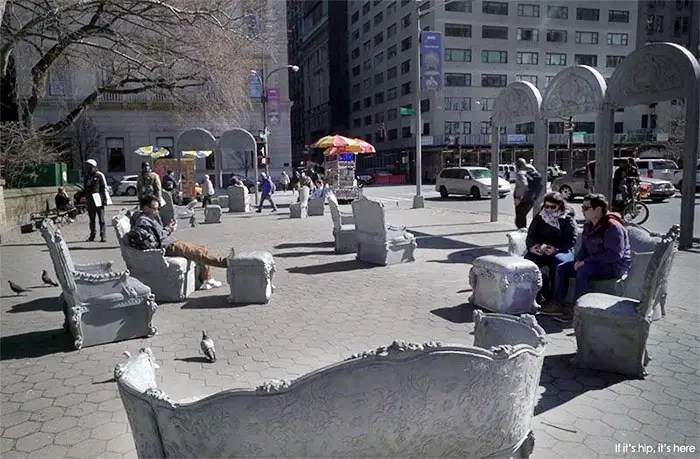 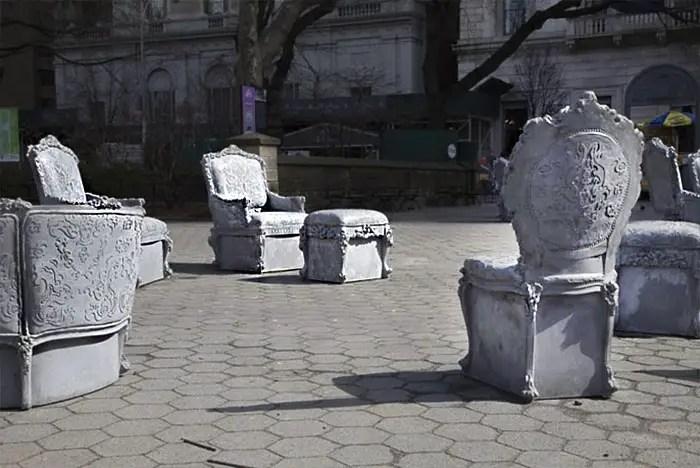 A video of Liz Glynn speaking about the installation. The video also takes a look back the Public Art Fund‘s many exhibitions that have graced Doris C. Freedman Plaza

This exhibition is curated by Associate Curator Daniel S. Palmer.
Photos courtesy of Public Art Fund, by James Ewing for the artist and screen grabs from the video Liz Glynn (b. 1981, Boston, MA) lives and works in Los Angeles, and recent solo shows and performances include The Myth of Singularity, Los Angeles County Museum of Art (2015); PATHOS (The Blind Exercises), Paula Cooper Gallery, New York (2015); Liz Glynn: Ransom Room, SculptureCenter, New York (2014); Black Box, as part of the J. Paul Getty Museum’s Pacific Standard Time Performance Art and Public Art Festival, Los Angeles (2012); Loving You is Like _ _ _ _ _ the Dead, Museum of Contemporary Art, Los Angeles (2011) and The 24 Hour Roman Reconstruction Project, Arthouse at the Jones Center, Austin (2009). She has also been featured in group shows at the Barbican Art Gallery, London (2015); the Hammer Museum (2012); and the New Museum (2009). Glynn is the recipient of several awards, including a Creative Capital Foundation fellowship (2016), and the Center for Cultural Innovation’s Investing in Artists Grant (2012). Glynn received a BA in Visual and Environmental Studies at Harvard University and a MFA from the California Institute of the Arts.

Benjamin Lacombe’s Beautifully Illustrated Pop-Up Book, Once Upon A Time.