` Limited Edition Kodewa Performance Motorcycle, The Lotus C-01, Designed by Daniel Simon. - If It's Hip, It's Here
Skip to content Following two years of careful planning and intense development, Kodewa is delighted to announce that that the prototype of the world’s first motorcycle to bear the legendary Lotus marque is now road registered and ready for action. 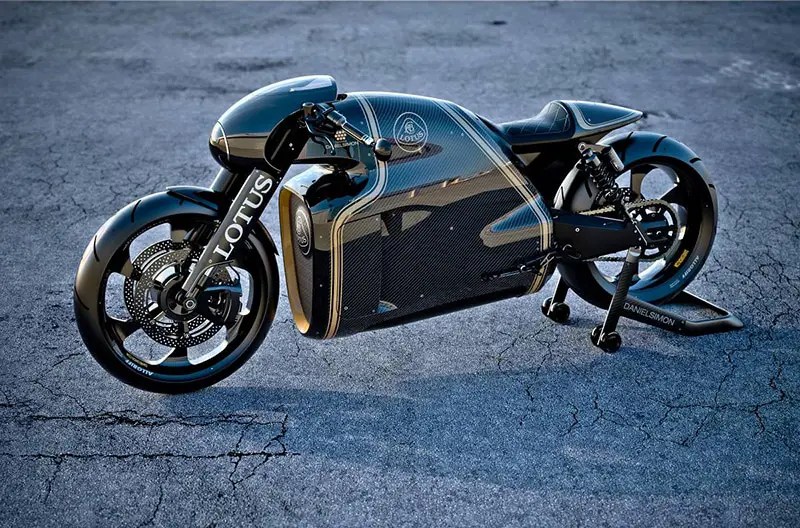 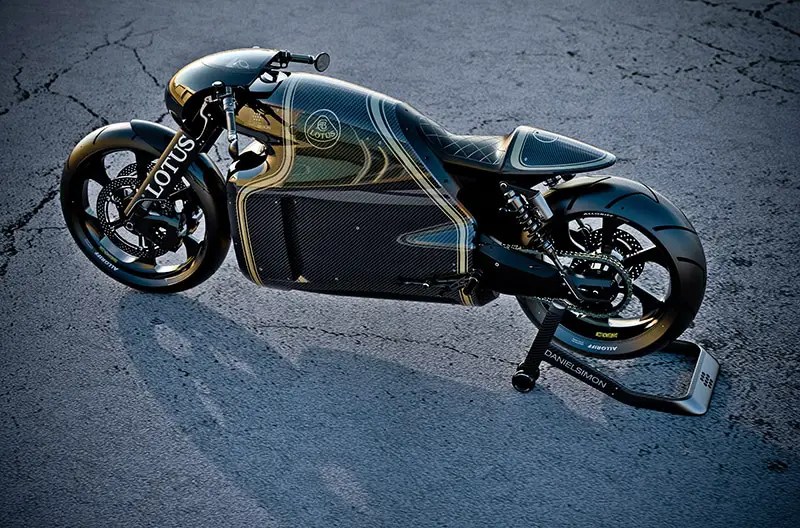 Kodewa has been granted a license to produce the motorcycle by Group Lotus plc the world renowned sportscar manufacturer and engineering consultancy. The C-01 combines ample power via a V-twin engine with a distinctive body designed by Daniel Simon integrating carbon fibre, titanium and aerospace quality steel. 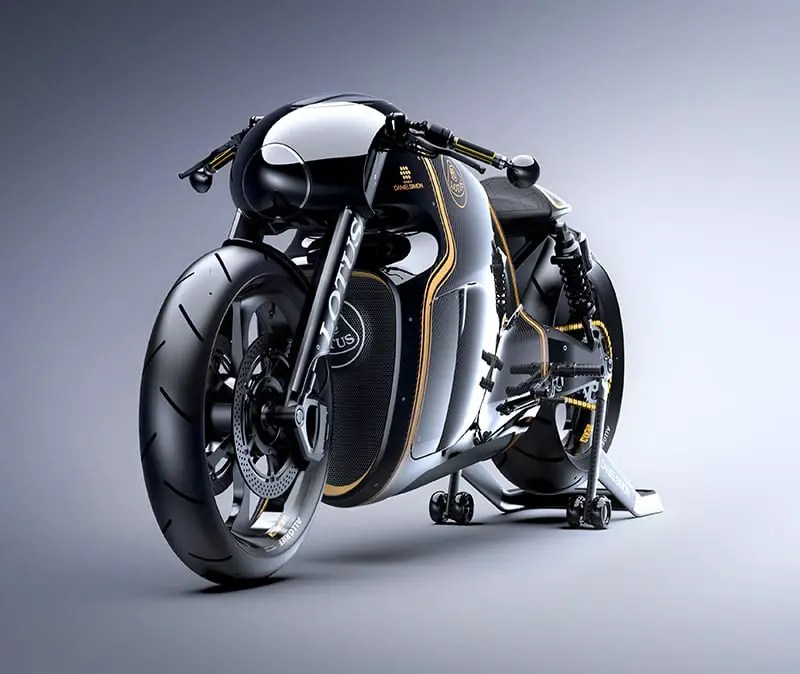 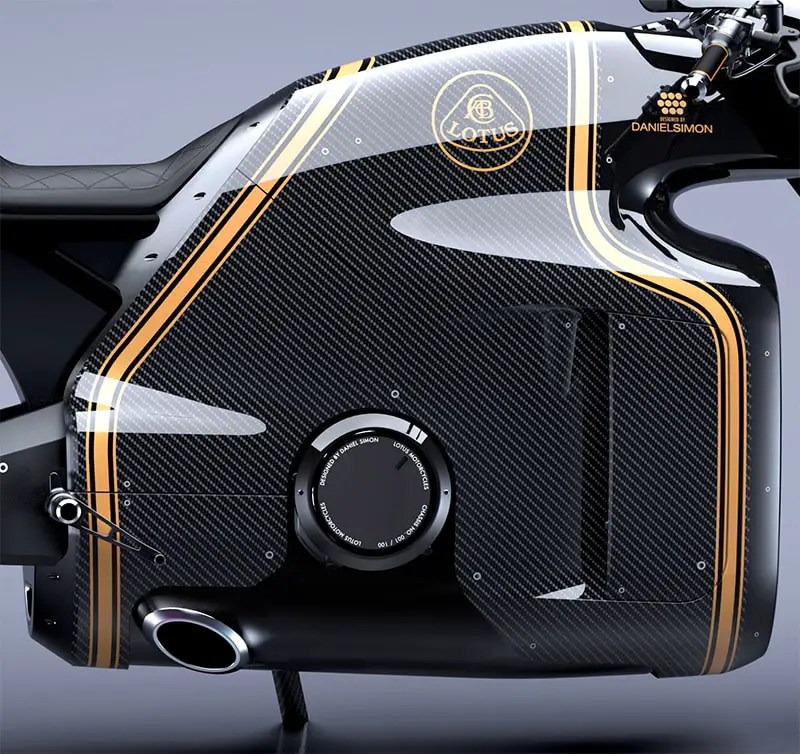 The C-01 motorcycle is not designed, engineered or produced by Group Lotus plc but is the result of a collaboration between motorsport veterans under the leadership of Kodewa, lead by Dr. Colin Kolles. The development on the C-01 was carried out with the support of Holzer Group (co-owners of Kalex) and design guru Daniel Simon. Drawing on their wealth of motorsport experience, the team of engineers has designed a unique high performance superbike. The C-01 will be available in a range of liveries some of which pay homage to Lotus’ sporting pedigree. A customisation service is also available, limited only by the imagination of the client. With an exclusive production run of just 100 units, superbike collectors and fans of the Lotus brand will need to move fast to secure one. 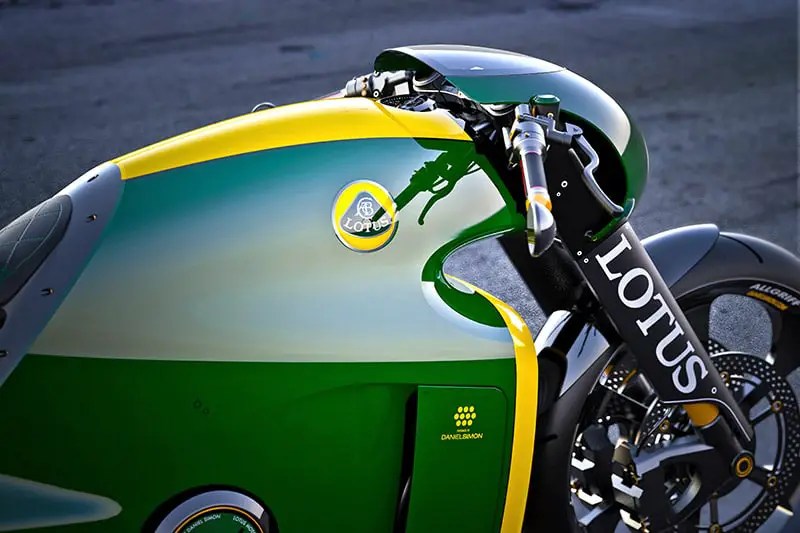 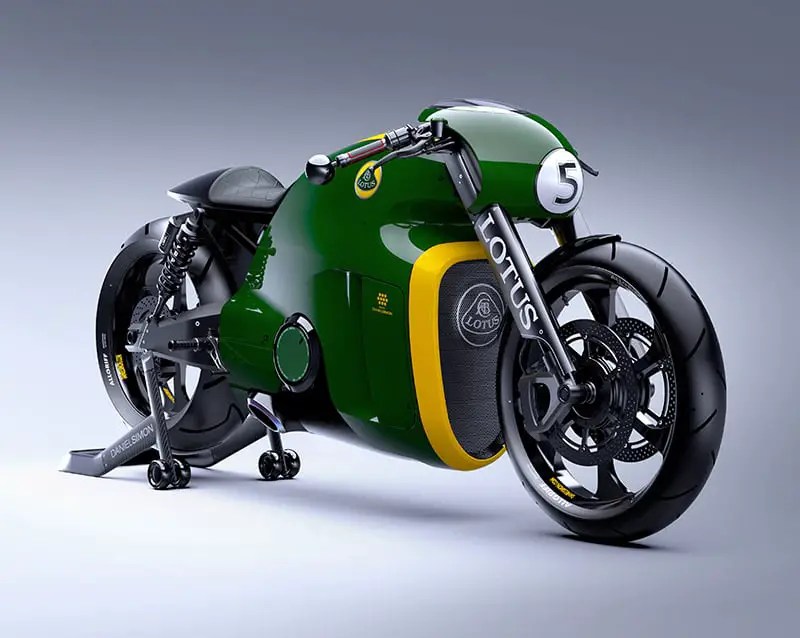 The original idea to create the C-01 came from Kodewa’s Dr Colin Kolles. Speaking about the project he said: “We set out to create a bike that isn’t just great to ride but also represents a piece of art in motion. Over the years I have seen my fair share of style over substance, what this bike brings to the market is a unique combination of both – state of the art technology with a truly jaw-dropping aesthetic.” 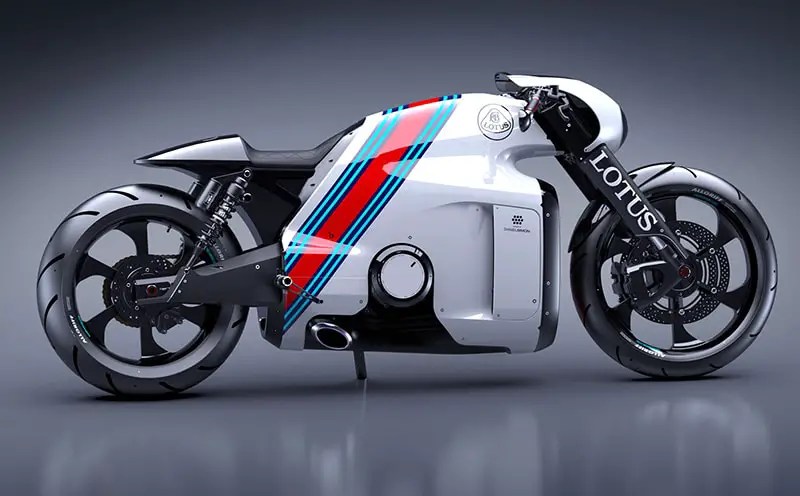 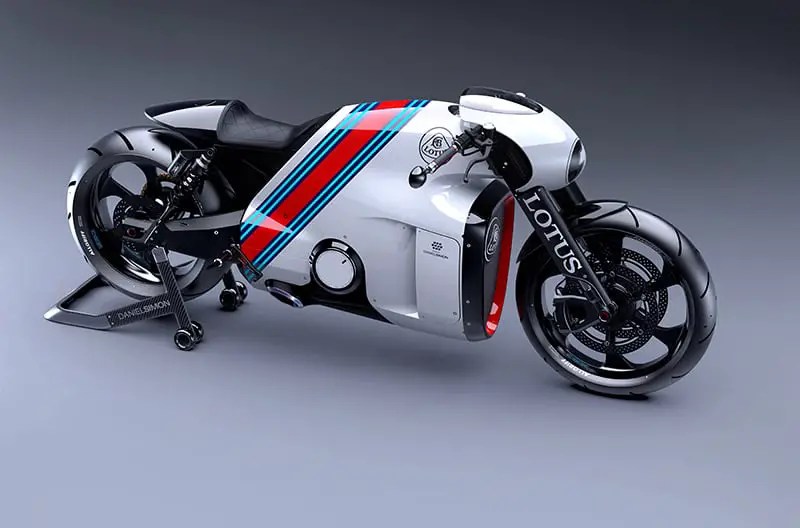 Commenting on the C-01 Güther Holzer, CEO of Holzer Group said: “I was one of the first people to ride it and I have to say I was very impressed. Together we have found that delicate balance between raw, aggressive power and breath-taking handling. The team has created something very special, it looks incredible, it sounds fantastic but above all, the ride is sensational. I’m very happy.” Designer Daniel Simon said: “The design process of the C-01 was a labour of love – there were many challenges – ensuring that the bike not only touches your visual senses with its timeless blend of classic appeal and modern execution, but that is safe and ergonomically sound was critical to me. We have worked hard to create a motorcycle with very distinctive features such as a clean main body, an extremely low side profile, a bold stance, a unique air intake, logical partline solutions and clean graphics.”

About Kodewa. With a long history in motorsport, including the German Touring car Championship DTM, German Rally Championship and Formula 1, Kodewa has worked recently with Lotus on the newly built Lotus T128 LMP (Le Mans Prototype) and will be running the car in the 2014 FIA World Endurance Championship. The team of Kodewa comprises of experts with a lot of knowledge and experience not only in endurance racing but also Formula 1, DTM and lower formulas.

About Holzer Group. The Holzer Group has many years of experience in professional motorsport. In the last years, Holzer successfully implemented many projects, including Moto2 (world championship winners) and Moto3 ,German Touring car Championship DTM, German Rally Championship and Formula 1. The Holzer Group are renowned manufacturers in the automotive and aerospace industry but also the metalworking sector.