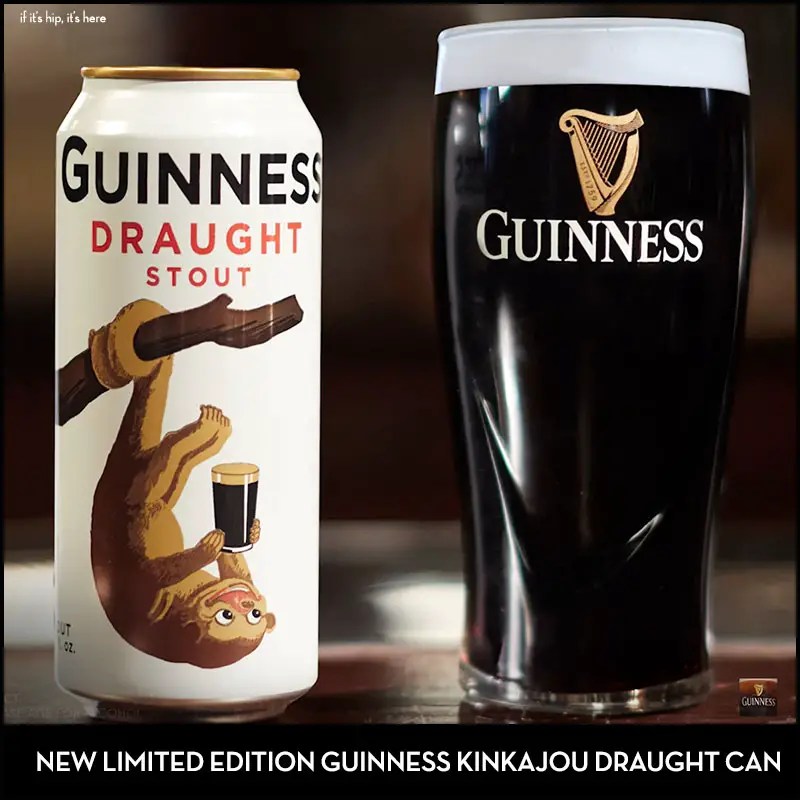 Guinness has launched a limited-edition Guinness Draught can which will be available just in time for fans St. Patrick’s Day celebration. The latest limited-edition collectible can is part of an ongoing series celebrating vintage Guinness ads from the mid 1900s. This year, the kinkajou – which looks a lot like a sloth – is featured on the can.

The Kinkajou was one of the zoo animals in the old Guinness ad campaign from London creative agency S.H. Benson, “My Goodness, My Guinness.” The ad was illustrated by artist John Gilroy, the man behind several of the classic illustrated campaigns for the Irish Beer from 1928 through the 1960s.

The My Goodness, My Guinness Campaign.

It all began when a performing sea lion caught Gilroy’s eye at the zoo. That animal, Gilroy mused, would be smart enough to balance a glass of Guinness on its nose. This concept became one of the longest living advertising campaigns in history: “My Goodness, My Guinness” and transformed the brand’s image. 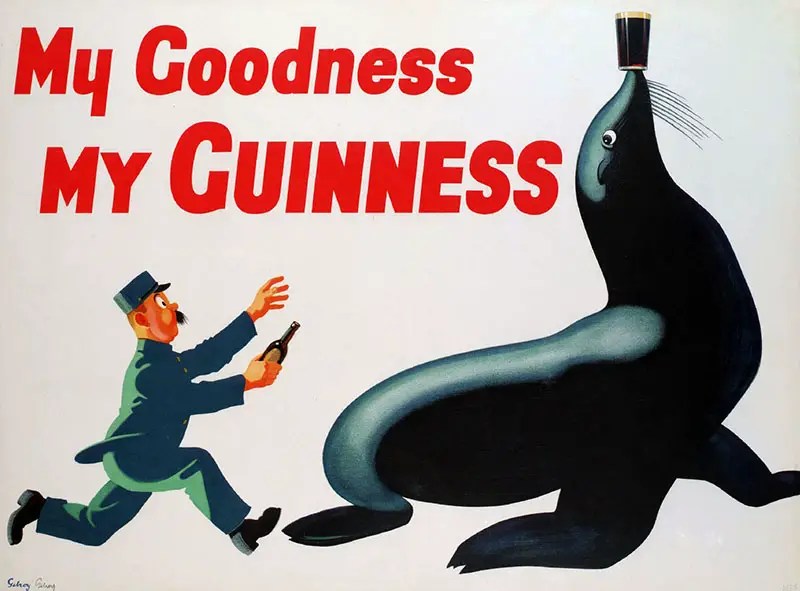 The hapless zookeeper, a caricature of Gilroy himself, presented the family of unruly animals. From an ostrich swallowing a Guinness, glass and all, to a pelican with a beak full of bottles. A bounding lion, a thieving bear. A crocodile, kangaroo, and penguin. 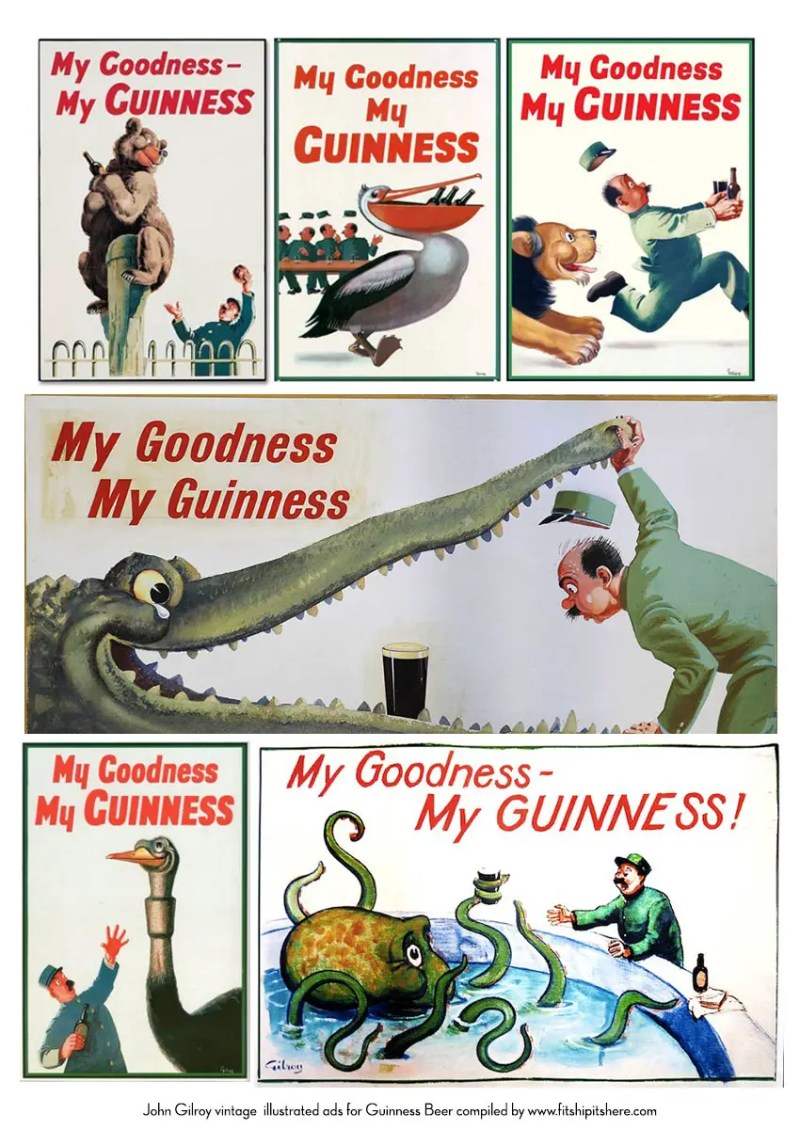 And, of course, most famous of all, the toucan. This evolved, via the toucan, into the “Guinness-a-day” campaign. 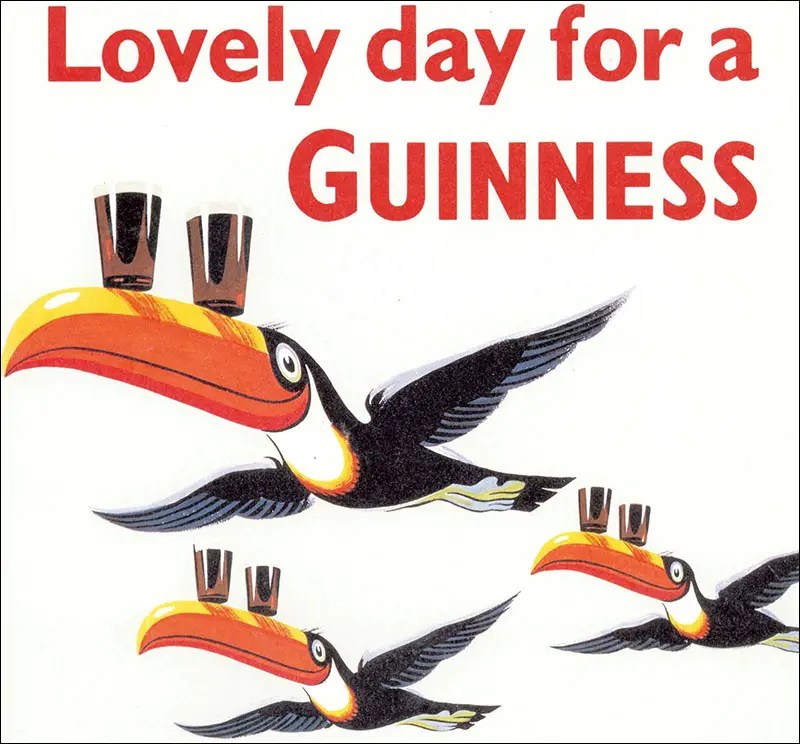 That fans still adorn their walls with this poster today is a testament to the creative relationship between Gilroy and Guinness. Now, the Kinkajou is their latest limited-edition Guinness Draught can in celebration of St. Patricks Day 2018. The can joins those released in 2017 and previous limited-edition cans that featured the much-loved Gilroy Guinness Toucan, The Smiling Pint and Lobster, among others. A compilation of the John Gilroy-illustrated Guinness Ads has been produced in a book by author David Hughes who has accesses almost 250 original John Gilroy oil paintings on canvas of the adverts produced by Benson for the Guinness account. Buy the book here.

images and information courtesy of Guinness

Typographically Decked Out -The Black Book Collection of Playing Cards