` Le Courbusier Chandigarth Trays Made From His Bas-Reliefs - If It's Hip, It's Here
Skip to content 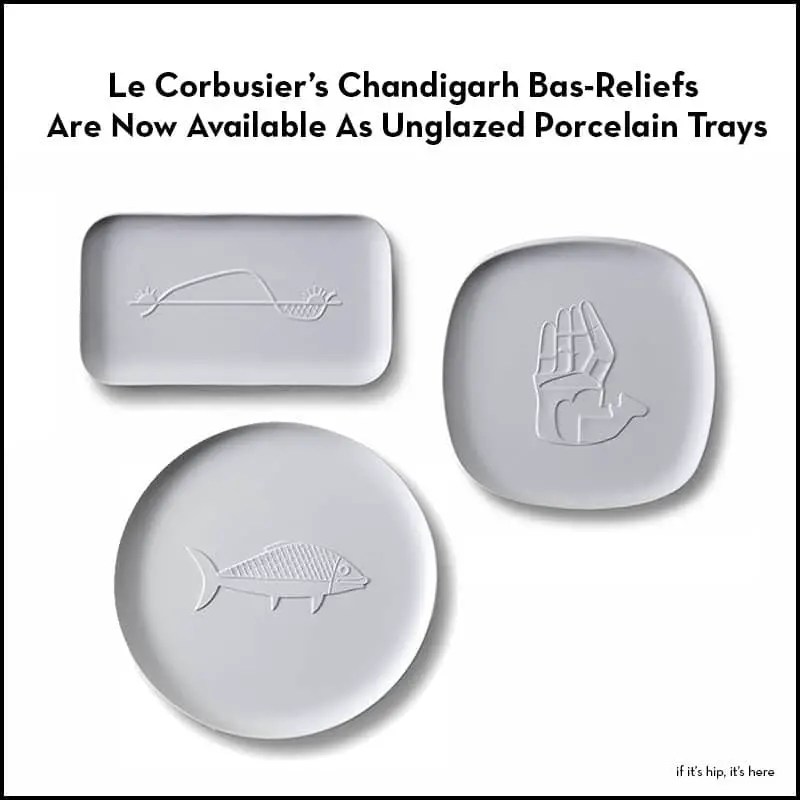 Cassina has been inspired by the genius of Le Corbusier for this collection composed of three trays in unglazed porcelain that each feature bas-relief symbols taken from the walls of buildings in Chandigarh, the city he designed in the 1950s. 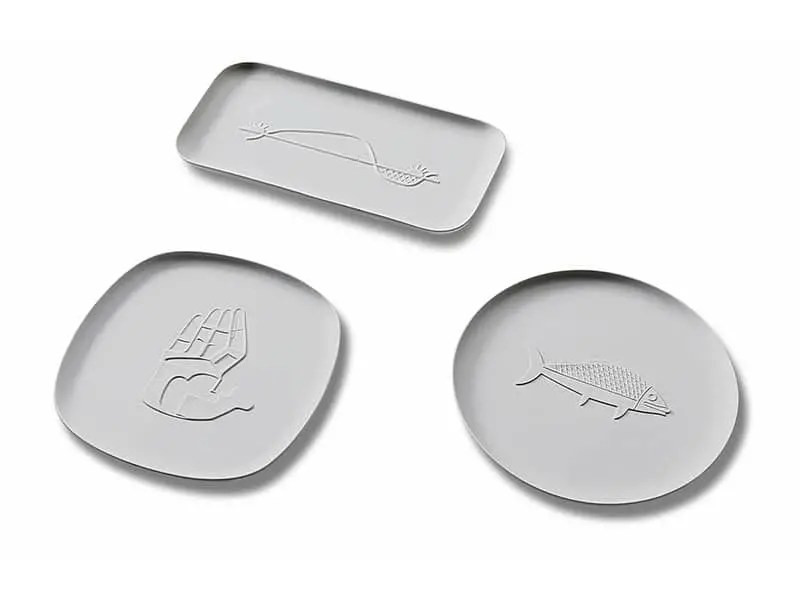 These trays borrow some of the bas-relief symbols chosen for the walls of the buildings of Chandigarh*, the city designed by Le Corbusier in the 1950s and now a UNESCO World Heritage Site.

Le Corbusier summarizes his architectural and urban ideals, expressing his creativity in sculptural and figurative terms. As he had already done in Marseilles in the Unité d’habitation with the sculptures moulées, he imprinted symbolic drawings on the béton brut concrete walls of various buildings, the same symbols taken from his figurative repertoire and the Indian culture.

These symbols (the hand, the fish and the sun) are the ones chosen to embellish the trays. Each tray, made by Richard Ginori, includes a design sketched by the Master in 1956. 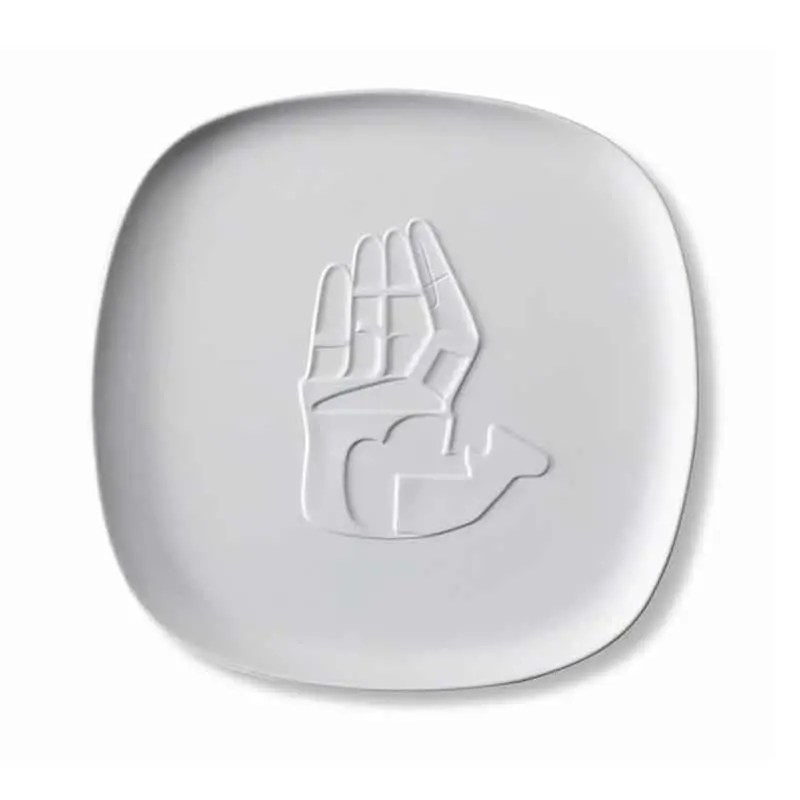 The fish (round tray): 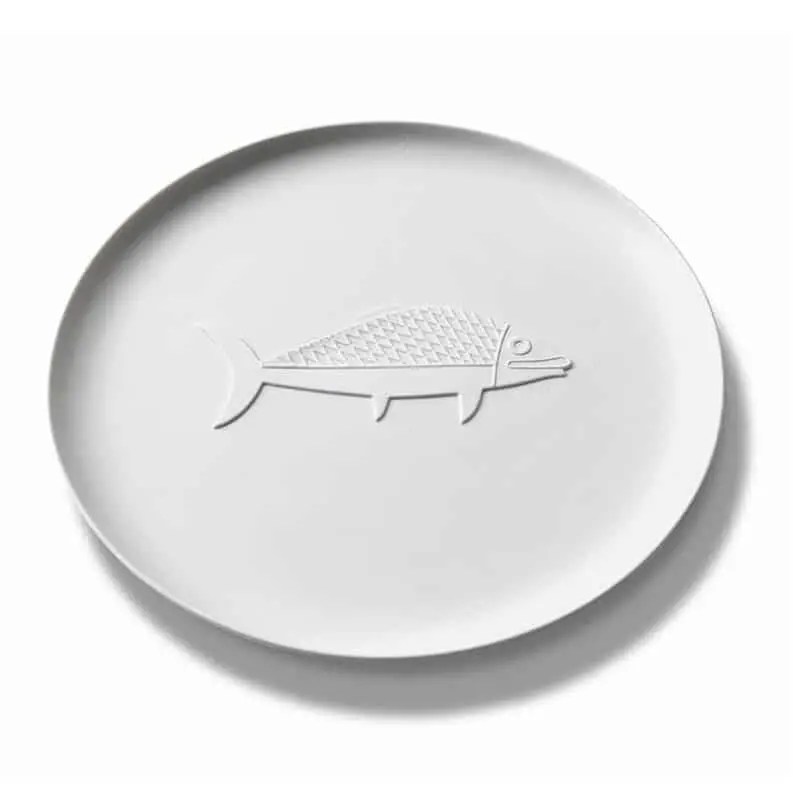 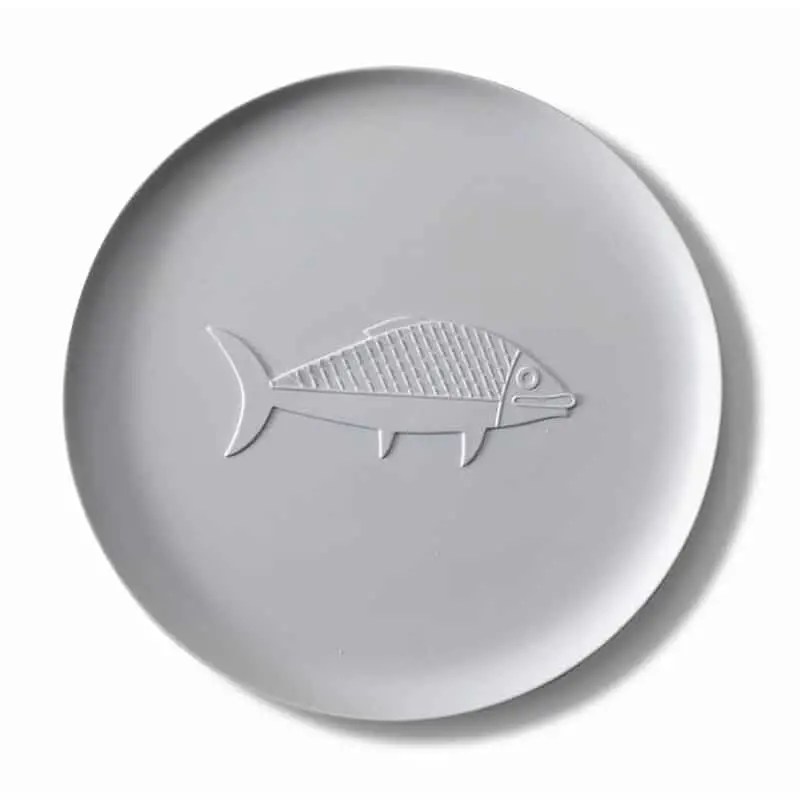 The movement of the sun (rectangular tray). 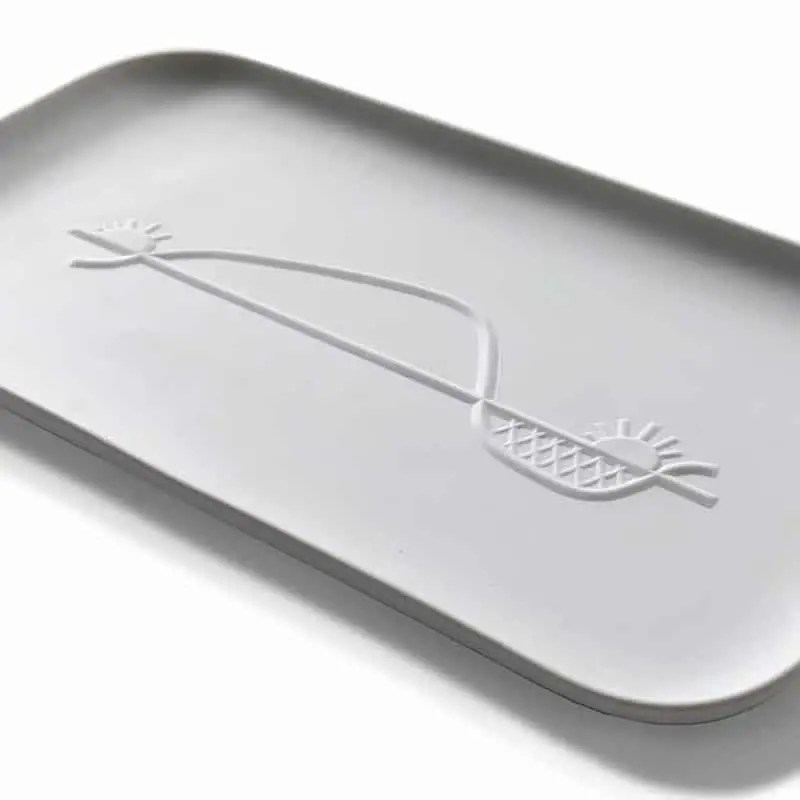 *Chandigarh is a city that serves as the capital of Punjab, a state in northern India. A project for a new capital was launched in 1947 when the state was divided into the territories of India and Pakistan. Le Corbusier concentrated on designing buildings including the Palace of Assembly, the Palace of Ministries, the Palace of Justice, and the Palace of Governor which are located in the northern district.

These would make a stunning gift for any Modernist or Brutalist architecture enthusiast.

Find them at a Cassina store here

Images from Chandigarh courtesy of https://www.cca.qc.ca/en/

Incredible Homes Designed To Sell Prime Property For The Agency.