The Duchess of Cambridge’s official portrait commissioned by the National Portrait Gallery in London was unveiled today.

The oil painting, by South African-born artist Paul Emsley, was a result of two sittings and three and a half month’s work (and painting from a photograph). A frontal image of the 31 year old Kate’s head, the painting is being criticized globally for prematurely aging the wife of the The Prince of Wales. Several art critics are pointing out the fact that the painting includes bags beneath her eyes, deep lines around her mouth, a pale pallor and gives the Duchess a large nose.

I took the liberty of composing a close up of the portrait against a recent photo of the Duchess, so you can compare for yourself:

In the side by side comparison above, it seems that the artist created a very competent likeness, only in reality, her eyes seem a tad larger, her actual nose is smaller and less rounded and she has far more red in her skin tone than the painting suggests. That said, in my personal opinion, some of the critics are correct.

The photo I used for comparison: The artist says he altered the color of her eyes to match her blouse (a silk teal shirt with a bow at the neck) and background: 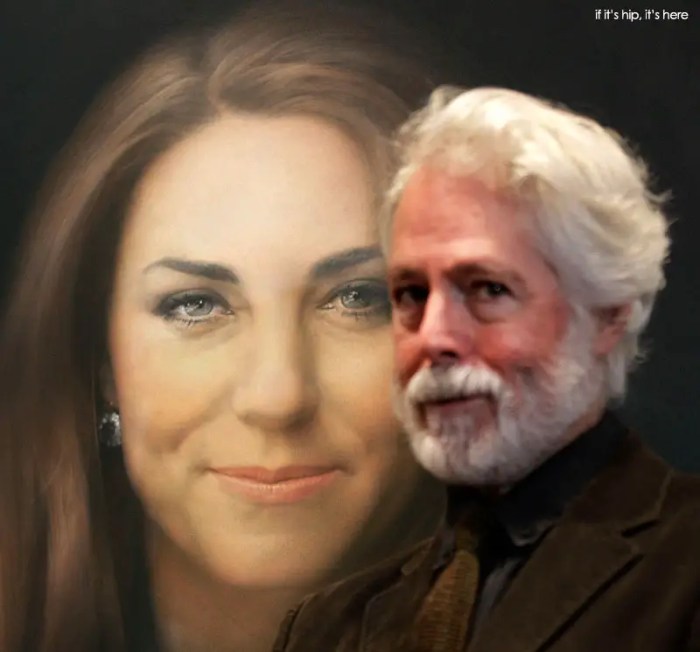 Kate is wearing the sapphire diamond earrings that were said to be fashioned from a pair of Diana’s in the portrait.

Can you see the artist painted himself as a reflection in Kate’s left eye?: 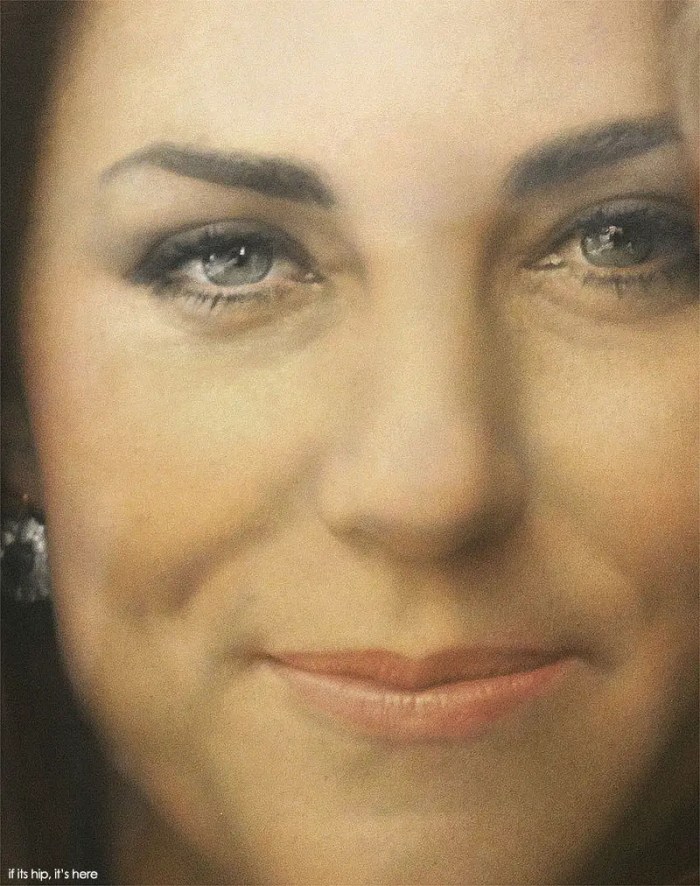 The Duchess of Cambridge, 31, said that she wanted “to be portrayed naturally — her natural self — as opposed to her official self,” Emsley said in the New York Daily News.

Of course the Royals are claiming to be thrilled with the portrait (ABC news reports that William called it “beautiful”), but reviews in newspapers and blogs are calling it everything from “rotten’ to ‘just plain ugly.’

What do you think?

Andrew Myers Decides To Screw Art. Portraits Made With A Drill and Philips Head Screws.