Amongst the works of Paris-born, Portuguese-based artist Joana Vasconcelos are ceramic animals, crustaceans and reptiles ‘skinned’ in crocheted lace. She describes her own work as toying with and appropriating pre-existing objects and realities In this ongoing project, the artist uses pieces by the late Portuguese ceramist and caricaturist Rafael Bordalo Pinheiro. She then “skins’ the pieces in Azores crocheted lace, tatting, cotton crochet and other forms of lace. The group of pieces in ceramics and crochet are inscribed in the series of works created from a limited set of faience pieces designed by Rafael Bordalo Pinheiro (1846-1905); unanimously placed amongst the most renowned Portuguese artists of the 19th century. The appropriation carried out by Joana Vasconcelos, in the scope of Bordalo Pinheiro’s vast production in ceramics, only includes the naturalist representation of animals – some of them rendered oversize – whose proximity to Man might generate discomfort, awe or fear. Wasps; lizards and snakes; crabs and lobsters; frogs; bull-heads; donkey-heads and horse-heads; wolves; or even cats with an aggressive posture are ambiguously imprisoned/protected by a second-skin in crochet-work, producing a discourse apt to renovate the fluxes of signification associated with the usual relationships between popular culture/erudite culture and tradition/modernity. The use of crochet in a paradoxical imprisonment/protection of the animals, thus relegated to the domestic context, opens up a vast and rich field of interpretation released by the beauty and strangeness generated by the result of the operation. 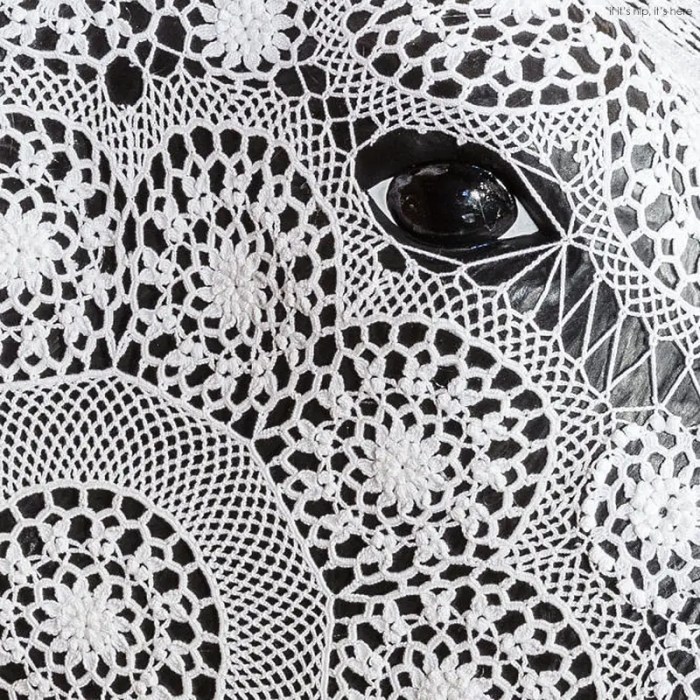 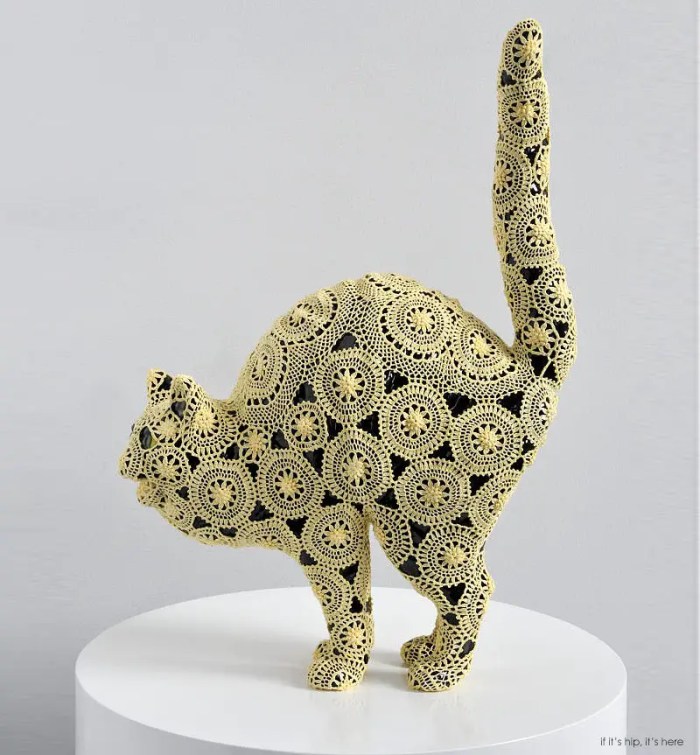 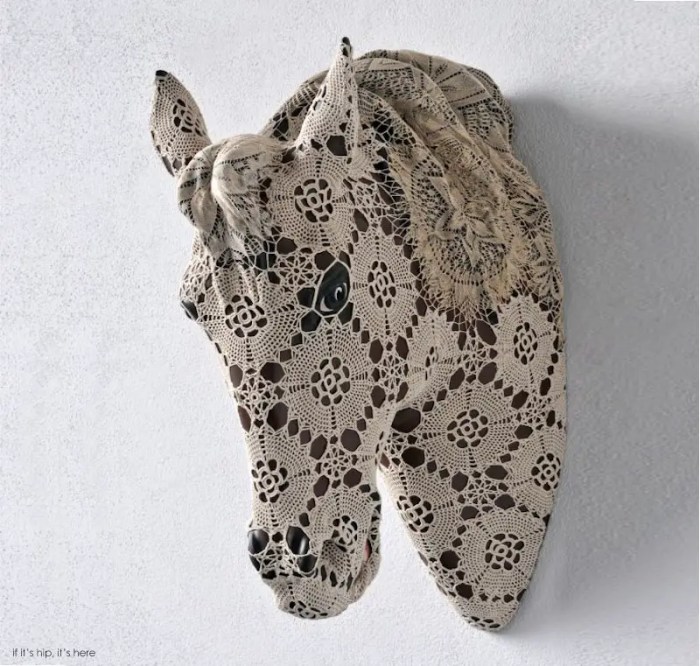 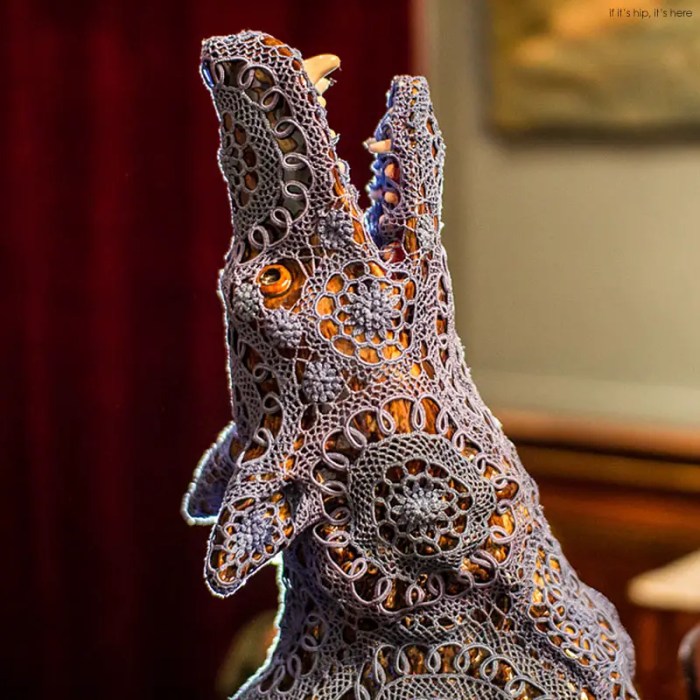 images and information courtesy of the artist via her website and https://www.joanavasconcelos-pnajuda.pt

Trump X Hillary: I Love To Hate You