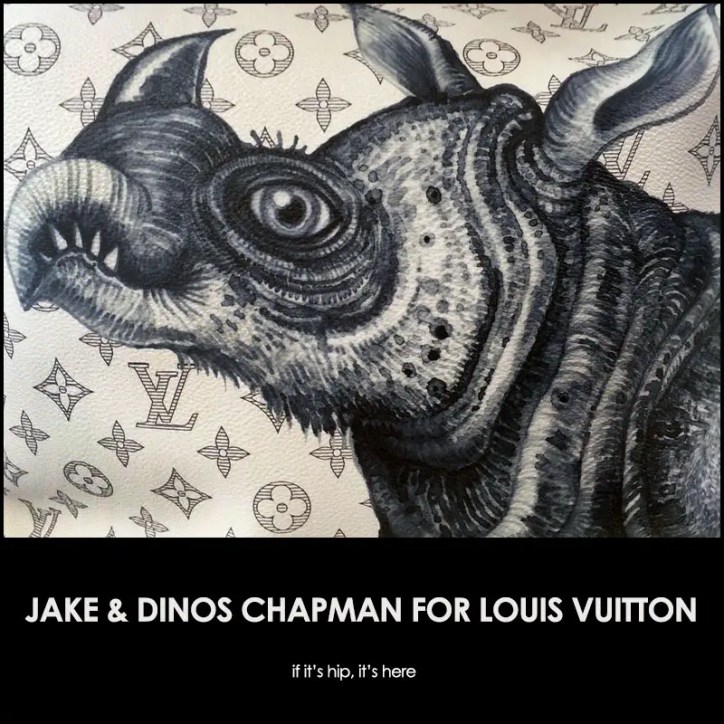 I know everyone’s talking about the Louis Vuitton X Supreme collection for Fall/ Winter 2017. And while that’s fabulous, it’s their second collection with British artists Jake and Dinos Chapman for this summer that has really impressed me. 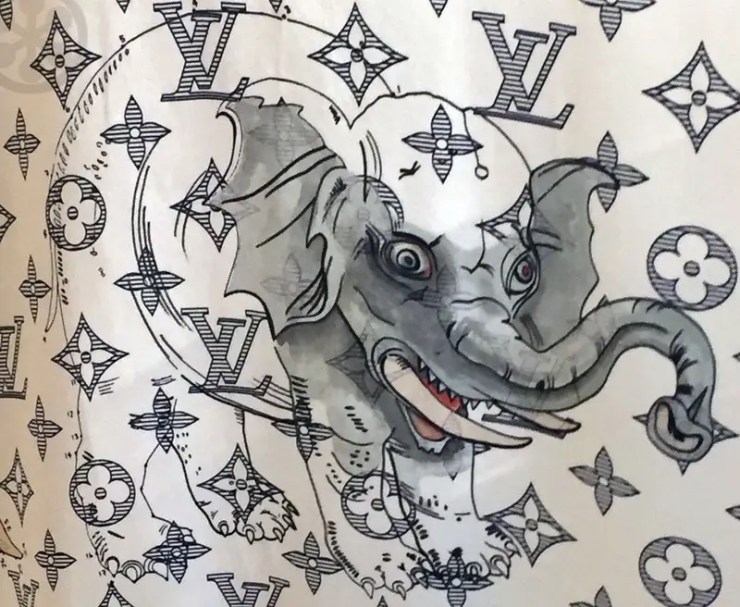 The animals are featured on a large collection of men’s apparel, leather bags, small leather goods, cashmere throws, scarves, a watch and even perspex trunks. Alongside notions of safari and the gentleman traveller, the rebelliousness of London punk also takes a starring role. “There’s always something a little London hidden somewhere,” says Kim Jones, adding, “This time it is the influence of Punk, albeit via Africa, where Frank Marshall’s ‘Renegades’ portrait series of Botswana biker gangs in heavy leather depicts the fusion of two disparate aesthetics.”

Special pop-up shops launched the collection all over the world. Below are images of the pop up shops in Italy, Australia and inside London department store Selfridges.

The illustrated animals are featured on many pieces of apparel and items – and executed in different ways.  Here are several highlights from the collection. For the leather bags and small goods, the five animals (Lion, Giraffe, Zebra, Rhinoceros and an Elephant) are printed on the new Monogram Savane canvas, in ink or dune. 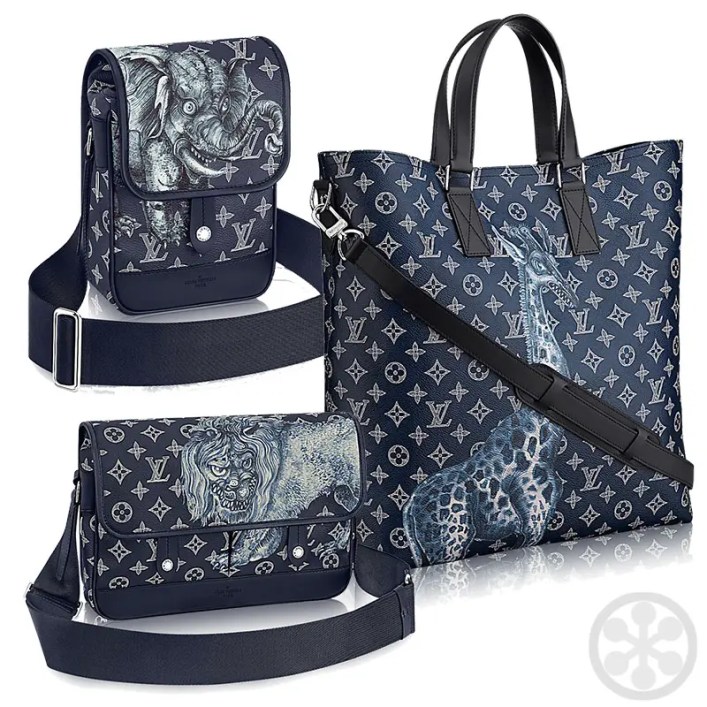 As well as printed on the checkered Damier with 2 stripes 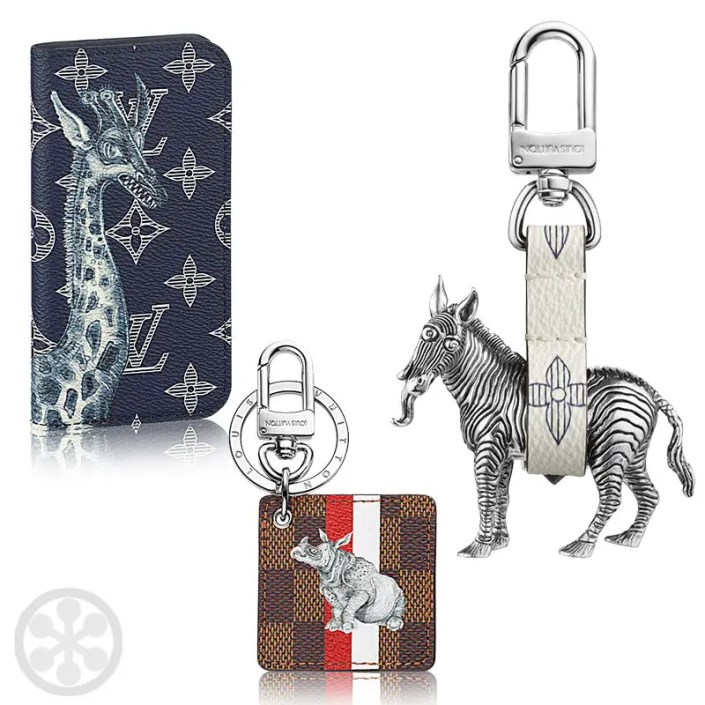 This luxurious cashmere throw is woven with the Chapmans’  zebra motif . 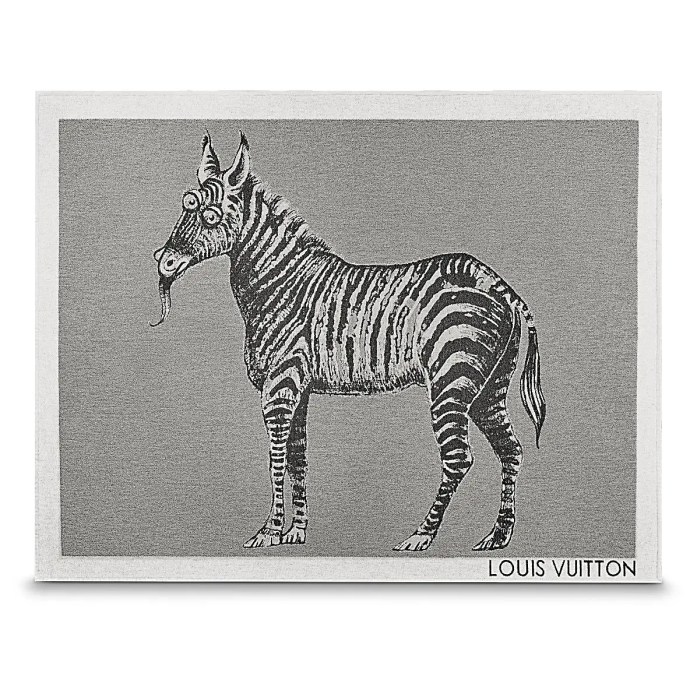 A true collector’s item, this Damier-pattern stole is printed with the Chapman Brothers’ African animals. The luxurious blend of cashmere, wool and silk adds to the desirability of this striking design. 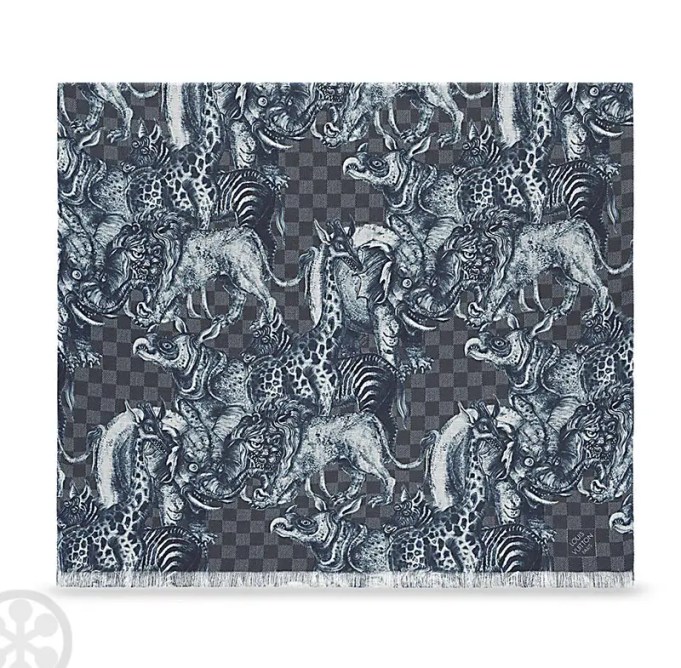 The watch was designed by Kim Jones in collaboration with the Chapman brothers as part of Louis Vuitton SS17 Men’s fashion show. It features a unique high-relief dial with an Elephant motif, a reference to adventure in fascinating destinations. It pays tribute to Louis Vuitton’s audacious spirit of travel. The thin watch case is accompanied by a comfortable and trendy strap in savane ink Monogram canvas. The perspex trunks are most definitely my favorite: 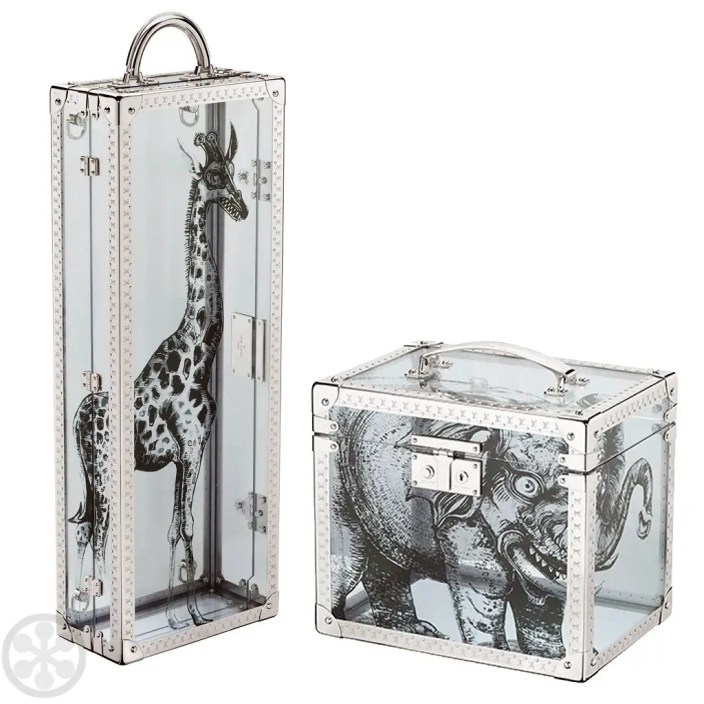 LOVE magazine has an interview and images by Steve Morriss with Vuitton’s Kim Jones to talk about his collaboration with the Chapman Brothers here.

Watch a video of the runway show here

all images courtesy of Louis Vuitton

Here’s How The VW Beetlesphere by Ichwan Noor Was Actually Created.