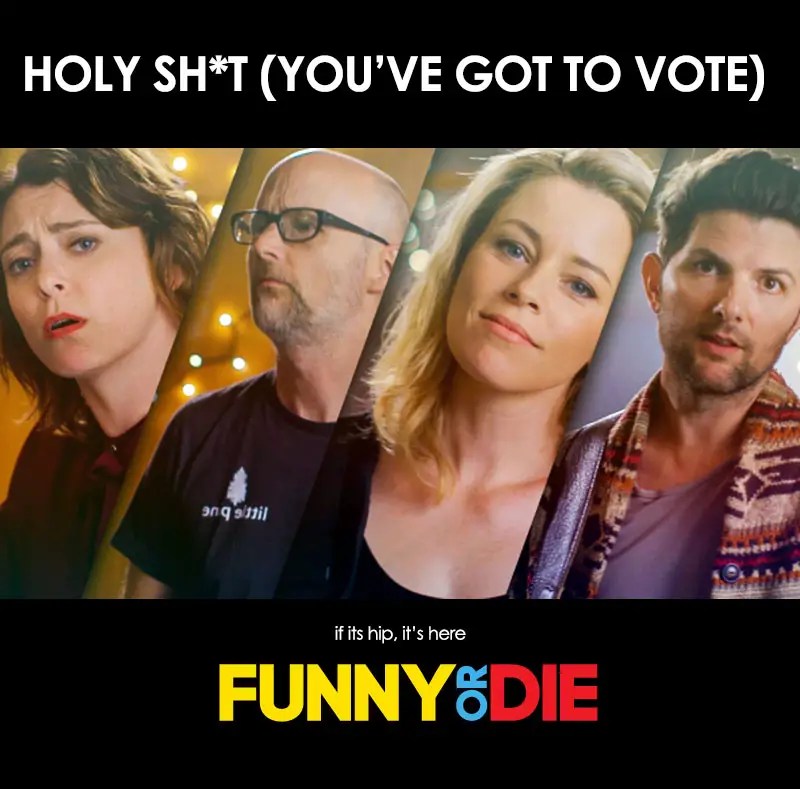 As we near the voter deadline for the 2016 elections, the hilarious Emmy-winning Rachel Bloom teams up with Moby, Elizabeth Banks and several other celebs to remind us through song and humor that HOLY SH*T (You’ve Got To Vote) Emmy-winning lead actress Rachel Bloom of Crazy Ex-Girlfriend (in my personal opinion, presently the most under rated comedy on TV) joins forces with the musician Moby and talented actress and comedienne Elizabeth Banks – along with a choir of many other celebs, who together have resorted to song because HOLY SH*T, You’ve Got To Vote!

A last minute reminder from the folks at Funny Or Die Jennifer Lopez Wears A Dress That Performs As Well As She Does.

Vidal Sassoon Dies But His Cuts Live On. A Look At The Hair Master’s Muses And Styles.