` Hip Hop Artists Owned Halloween This Year. - If It's Hip, It's Here
Skip to content This year Halloween belonged to the music industry. Specifically to hip hop artists Lizzo, Lil Nas X, Cardi B., Megan Thee Stallion and Saweetie. Not only did they have the best-looking costumes of the year, but some even dressed up multiple times and each time was better than the next. Take a look at our picks for the Hip Hop Halloween Costumes that killed it.

Hip Hop Halloween Costumes for the win! Sure there were lots of other celebs and internet personalities who went all out (an especially deserving nod to Kendall Jenner’s Mars Attacks! Martian and the Legend/Teigen clan for their Addams Family), but when you separate the wheat from the chaff, it was these talented hip hop artists who truly owned All Hallow’s Eve.

Lizzo, Lil Nas X, Cardi B., Megan Thee Stallion and Saweetie each delighted their millions of social media followers by posting photos and videos of themselves dressed up for Halloween. From wigs to nails, they’ve transformed into pop culture characters – and they owned it.

Lizzo dressed up first as Grogu and delighted us as the biggest and best incarnation of a living Baby Yoda. Then, she brought down the house performing as the Squid Game Doll from the popular Netflix series. And lastly, she made us pee ourselves dressed as Kim Kardashian at this year’s Met Gala. 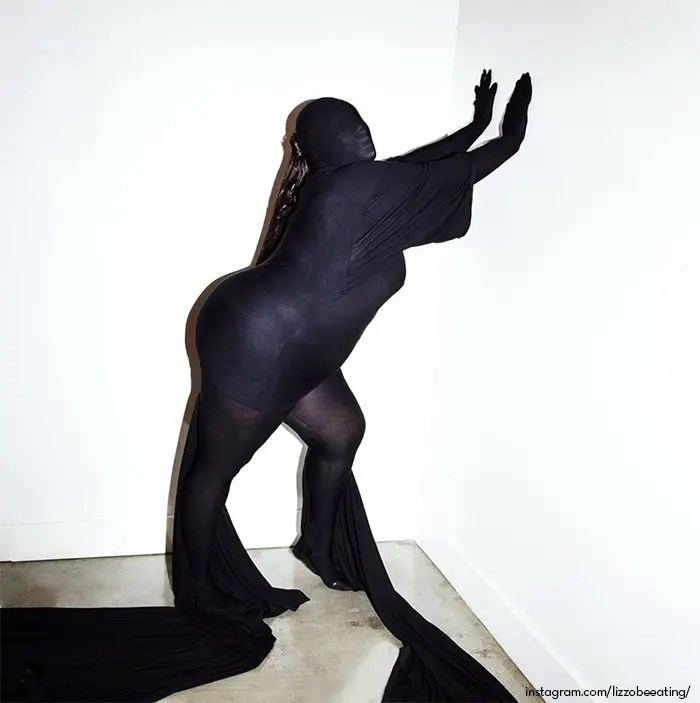 Lil Nas X never disappoints when it comes to dressing for the camera and this year he looked incredible as Voldemort and hilarious as Ned Bigby from Nickelodeon’s Ned’s Declassified School Survival Guide. It feels like Cardi B, who will be hosting the 2021 AMAs on November 21st, dresses in costume every day, but that didn’t stop her from becoming even more hauntingly beautiful for October 31st. 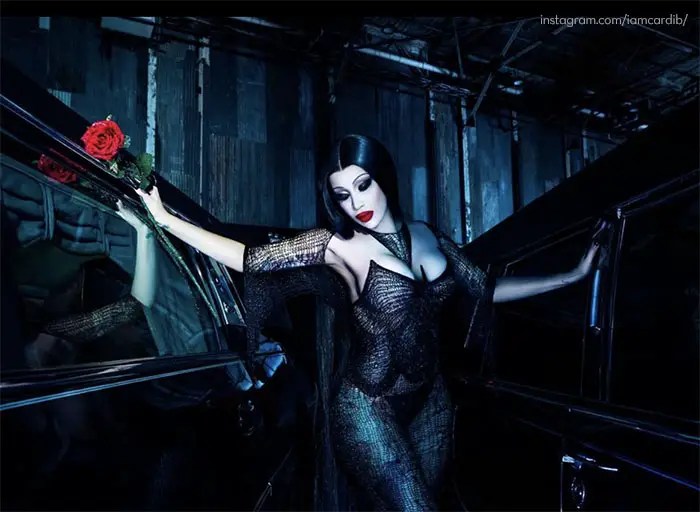 First as a stunningly sexy Morticia from The Addams Family and then, along with her absolutely adorable daughter, Kulture Kiari, bewitched us wearing spookily pretty dresses by designer Garo Sparo. Megan Thee Stallion showed her love for classic horror when she dressed as a ‘sexy’ Pinhead from Hellraiser. Then, showing her softer side at Hottieween 2021, she sprouted wings to become a sexy fairy. 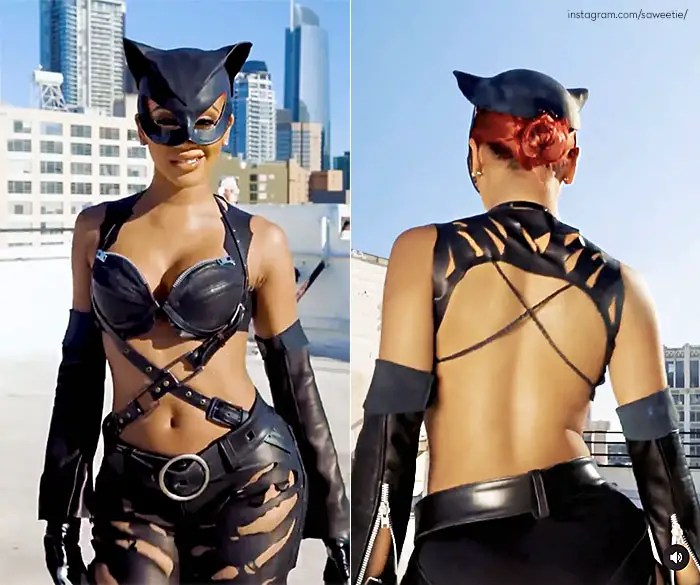 If you’ve not yet seen the video of Saweetie in her black leather Catwoman suit confronting legendary Catwoman Halle Berry, you’re one of the few. The tiktok vid went instantly viral when posted on Oct 30.

These entertainers dress to the nines on almost a daily basis, whether it’s for their next album cover, photo opp or a fashion editorial. They have the advantage of stylists, designers and makeup artists clamoring to be of service and often performing those services for exposure rather than money. And they’ve got cash. Lots of it should they need it. But they still don’t have to share their creativity and costumes unless they want to and we are all so grateful that they do. We’re looking forward to see what they wear next Halloween!

Look and Listen: The Chemical Brothers’ Sometimes I Feel So Deserted