` Harry Potter Deluxe Stationery Sets - If It's Hip, It's Here
Skip to content 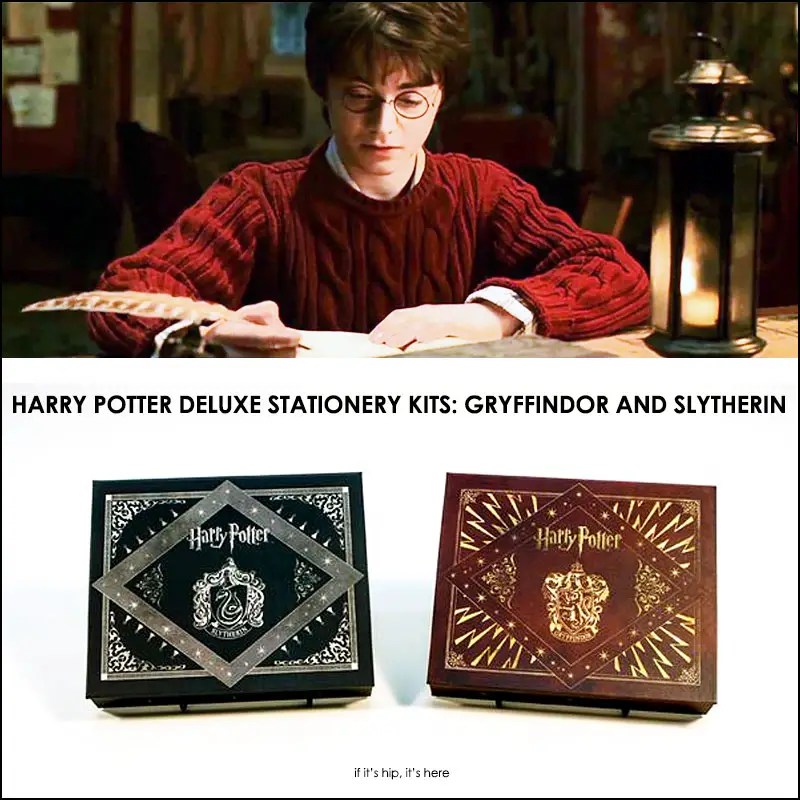 The kids are back in school, having had to say goodbye to new friends made at summer camp, summer school or at the local pub (just checking to see if you were paying attention). That said, what better way for them to stay in touch than with some enchanting Harry Potter stationery?

Insight Editions has a slew of new Harry Potter products including these terrific Deluxe Stationery Sets. One for those who prefer House Gryffindor and one for those who fancy the House Slytherin.

For those who don’t know, the Gryffindor House is noted for the courage and determination of its members. One of the four houses of Hogwarts School of Witchcraft and Wizardry, Gryffindor’s common room is guarded by a portrait of the Fat Lady and its dormitories are adorned in the house colors of scarlet and gold. Slytherin house takes its name from Salazar Slytherin and is noted for the ambition and resourcefulness of its members. 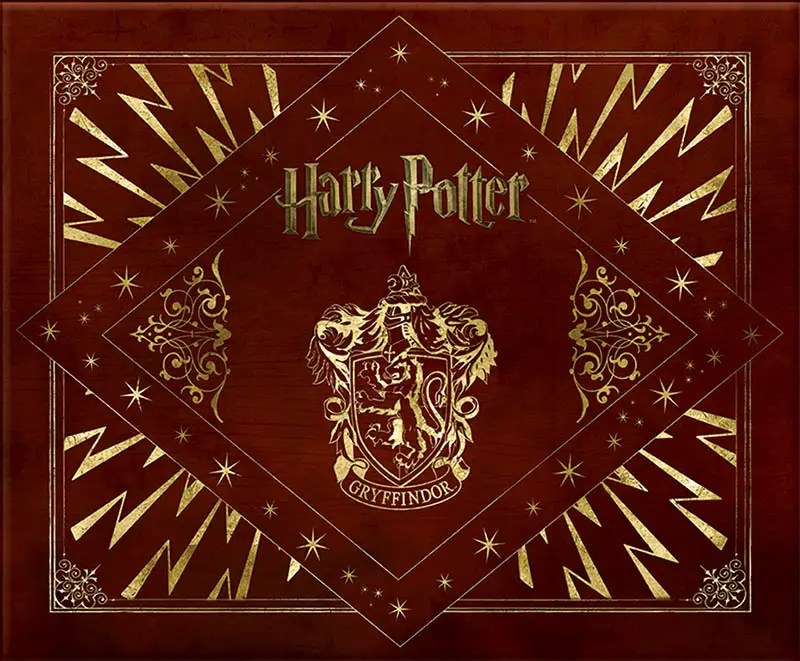 The boxed sets include all the magic necessities to correspond with fellow Wizards or Muggles. With graphics and concept art from the beloved film franchise, these will be highly sought after by any Hogwarts fan. 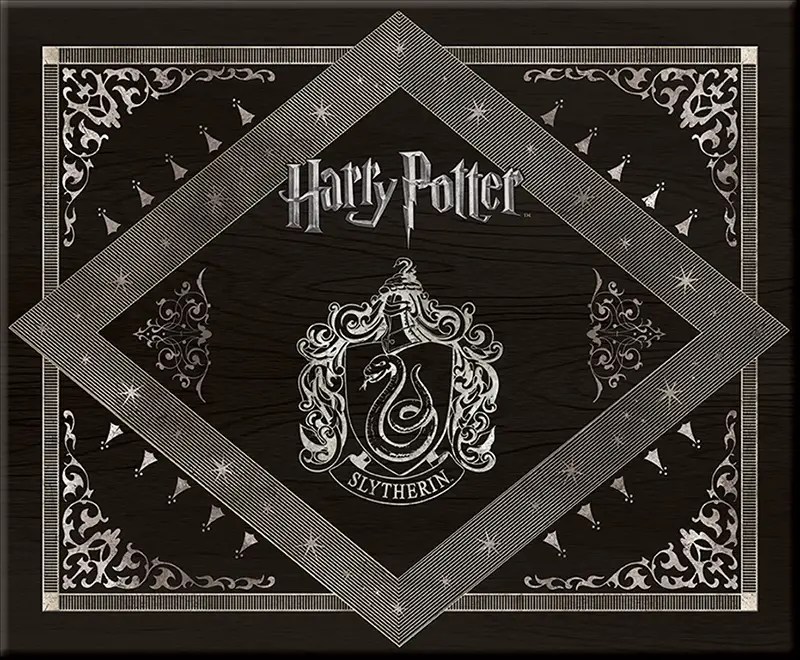 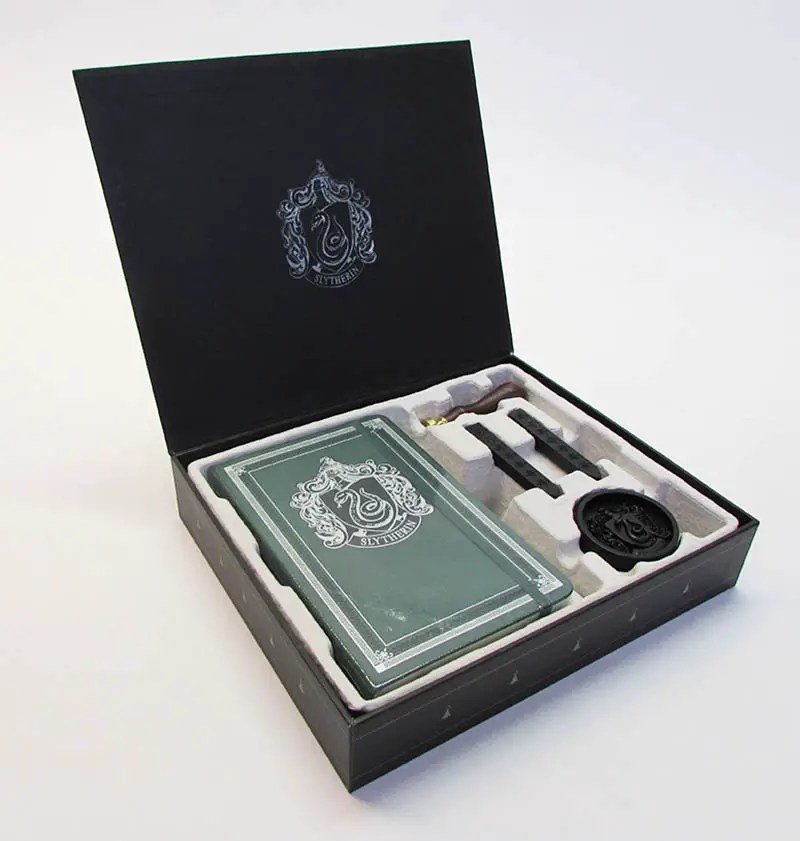 The boxes feature the foil-printed crests (gold for Gryffindor and Silver for Slytherin). Within each set there’s a a 192 page lined journal, a wax stamp and two wax sticks, letter-writing paper, envelopes, and a paperweight – all of which are embellished with the House’s iconic crest and in the House’s colors (Burgundy and Gold for Gryffindor, Forest Green and Silver for Slytherin).

2017 Google Year In Search Is Their Most Moving Yet.

Dog Lovers’ Hearts Will Burst at this Heartwarming Animated Short