Ray Harryhousen and Gene Roddenberry would love Gucci’s latest campaign, Gucci and Beyond. The theme behind the luxury brand’s 2017 Fall Winter collection and ad campaign was inspired by retro Sci-Fi in which the video and print ads feature Gucci clad models interacting with extra-terrestrial creatures and dinosaurs. Sci-Fi fans will recognize music, imagery and scenes from Star Trek TNG, Lost In Space, Space 1999 and other 1950’s and 1960’s tv shows and movies from the science fiction genre in the director’s cut shown below. The Fall Winter 2017 campaign was inspired by the sci-fi genre of the 1950s and 60s, including classics like The Creature from the Black Lagoon. Surreal, psychedelic outer space landscapes and trippy retro-futurist spaceship interiors create wild settings for the decorative clothes. 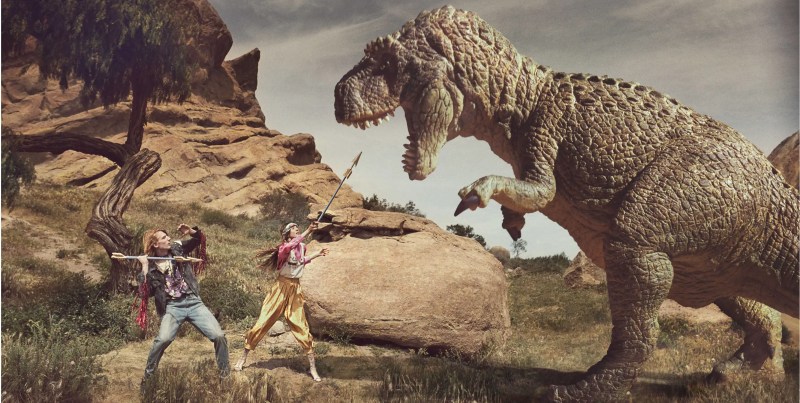 The mixed cast of humanoids, aliens, robots, earthlings and even dinosaurs mix with the color-rich and decorative collections to create a composition rich in imagination and fantasy. 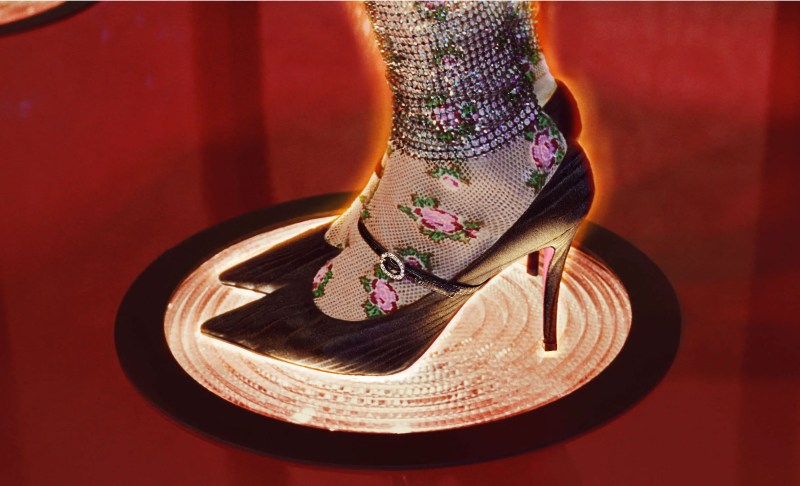 The actual print ads appear with a blue background and yellow border (Images courtesy of ArtPartner.com): 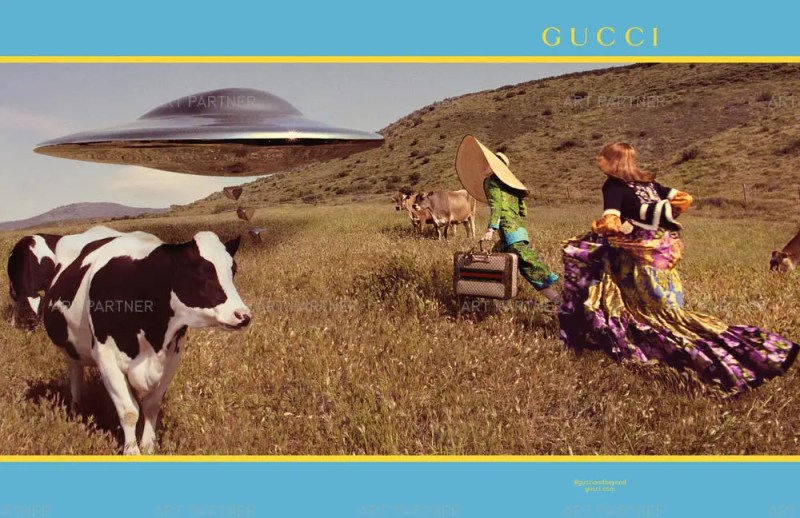 INSTAGRAM TEASERS
Back in April, weeks before the decorative and colorful collection was unveiled, the campaign was teased on Gucci’s Instagram feed with the following 9 enigmatic Alien “casting” videos, which had lots of people guessing. Tagged with #GucciandBeyond they were, of course, a hint of what was to come in the Fall Winter collection:

all images and videos in this post are courtesy of Gucci