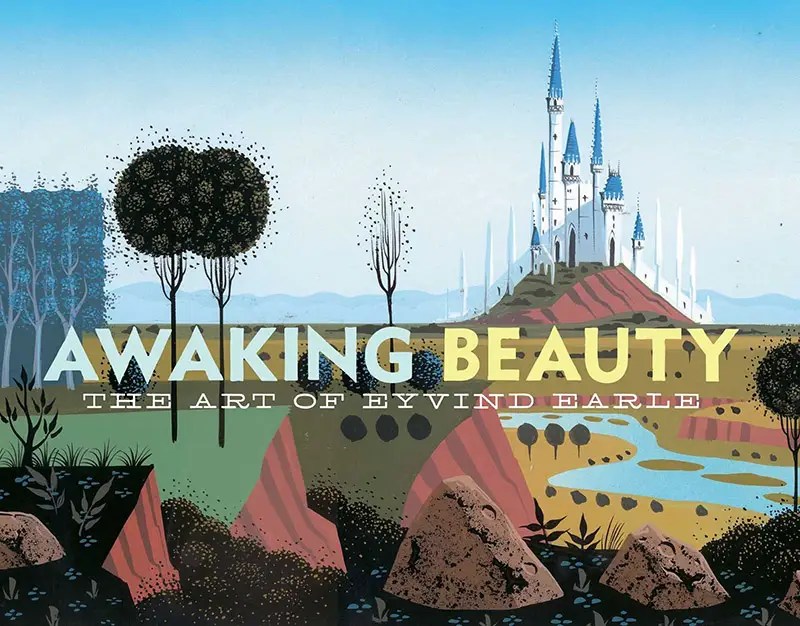 Hired by The Walt Disney Studios in 1951, Eyvind Earle is best known for his illustrative work on Disney’s highly acclaimed 1959 feature, Sleeping Beauty. The distinctive styling of Earle’s background art for Disney has influenced artists for decades and now a new book of his life’s work, Awakening Beauty, coincides with an exhibition of the same name at the Walt Disney Family Museum.

A huge fan of mid-century Disney animation and background art by such artists as Ralph Hulett, Mary Blair and of course, Eyvind Earle, I was thrilled to learn of the exhibition and publication of much of his life’s work. The Walt Disney Family Museum’s eighteenth original exhibition, Awaking Beauty: The Art of Eyvind Earle is on view from May 18, 2017 to January 8, 2018 at the Diane Disney Miller Exhibition Hall in the scenic Presidio of San Francisco.

This original retrospective showcases the life and work of Eyvind Earle. Earle is best known as the lead stylist for Walt Disney’s classic feature Sleeping Beauty (1959) and for concept art that shaped such enduring favorites as Lady and the Tramp (1955) and Peter Pan (1953).

Multiple artists worked on Disney films and the amount of concept art that was churned out is amazing. Eyvind Earle’s renderings of JUST the Castle for Sleeping Beauty are countless. You can find many of the original pieces for sale or auction at various galleries such as icollector, Heritage Auctions and several animation galleries. Given the popularity of Mid-Century Modern Art at the moment, the originals are garnering very high prices.

Alongside Earle’s work for The Walt Disney Studios is an extensive showcase of his fine art, including elaborate and lush landscapes, unique scratchboards, rare examples of sculpture, companion poetry, and commercial illustrations.

In addition to signature landscapes and enchanting illustrations that are characteristic of Earle’s style, the exhibition features his limited edition serigraphs and lesser-known pieces, including cartoon drawings from his time in the U.S. Navy and commercial advertisements for American brands.

This special exhibition follows Eyvind Earle: An Exhibit of a Disney Legend which was on view at Forest Lawn Museum in Los Angeles from May 20, 2016 to January 1, 2017.  This new exhibition adds additional works to fully represent the evolution of the artist’s style and to provide a complete retrospective of his life’s work.

Awaking Beauty: The Art of Eyvind Earle is organized by The Walt Disney Family Museum and is presented in the Diane Disney Miller Exhibition Hall from May 18, 2017 to January 8, 2018.
Purchase tickets to the exhibit here. In conjunction with the exhibition, the Walt Disney Family Foundation Press will publish a fully illustrated 176-page catalogue. This lavish art book will showcase an unprecedented collection of artworks spanning Earle’s entire life as an artist — from his early sketches and watercolors to the ethereal oil paintings of his later career.

Of the catalogue’s more than 250 pieces, 80 date from Earle’s time at The Walt Disney Studios; they include concept paintings for Sleeping Beauty (1959), Lady and the Tramp (1955), Academy Award–winning short Toot, Whistle, Plunk and Bloom (1953), and more.

Graphic but mystical, vibrant yet enigmatic, the work of American artist Eyvind Earle is a treasure trove of subtle and shimmering contradictions. From fanciful backgrounds for Disney classics such as Sleeping Beauty to bold experiments in multimedia art, from ambitious commercial animations to lush and otherworldly oil landscapes, Earle’s oeuvre never fails to please the eye and engage the imagination. And here, collected in Awaking Beauty —the official catalog for the 2017 Walt Disney Family Museum exhibition of the same name — is a definitive exploration of his life’s full work.

Born in New York City in 1916, Earle showed early talent, hosting his first solo exhibition at the age of fourteen. After traveling in Mexico and Europe as a teenager, he bicycled across the United States, painting watercolors to pay his way. In the late 1930s, he began designing Christmas cards — which have sold more than 300 million copies over the years — while continuing to exhibit his fine art.

Earle’s transformative moment, however, came in 1951, when he was hired at The Walt Disney Studios as a background painter.

Reflecting on his time at The Walt Disney Studios, Earle once said, “I consider my six or seven years at Disney the greatest art school in the whole world, because I worked hard and fast with the very, very best men in the industry.”

Beyond his work at The Studios, Earle’s distinctive interpretation of iconic American landscapes as a fine artist and printmaker continues to impact and inspire generations of artists and designers.

After his tenure at Disney ended in 1958, Earle turned his attention to commercial animation and advertising, then returned to fine art full-time in 1966. Here, in the last three decades of his life, Earle created an immense and impressively varied body of work. He became an expert at the silkscreen-printing process known as serigraphy, a painstaking art form that could require up to 200 individual screens. He also created dozens of graphic and arresting scratchboards—engravings carved into boards primed with white clay and black ink—for his autobiography, Horizon Bound on a Bicycle. In addition to his multimedia experiments, Earle painted dazzling oil works of the natural world, capturing the rolling hills, lacy and voluminous trees, and crashing blue waves of California in a nearly transcendental light. A moving and lyrical writer, he often accompanied his mesmerizing landscapes with equally meditative and intriguing poems.

After a long and esteemed career, Earle passed away in 2000 in Carmel-y-the-Sea, California, leaving behind a formidable legacy in animation and fine art. Today, his work is in the permanent collections of several prominent museums (including the Metropolitan Museum of Art in New York), while his memory continues to inspire new generations of aspiring creatives around the globe. 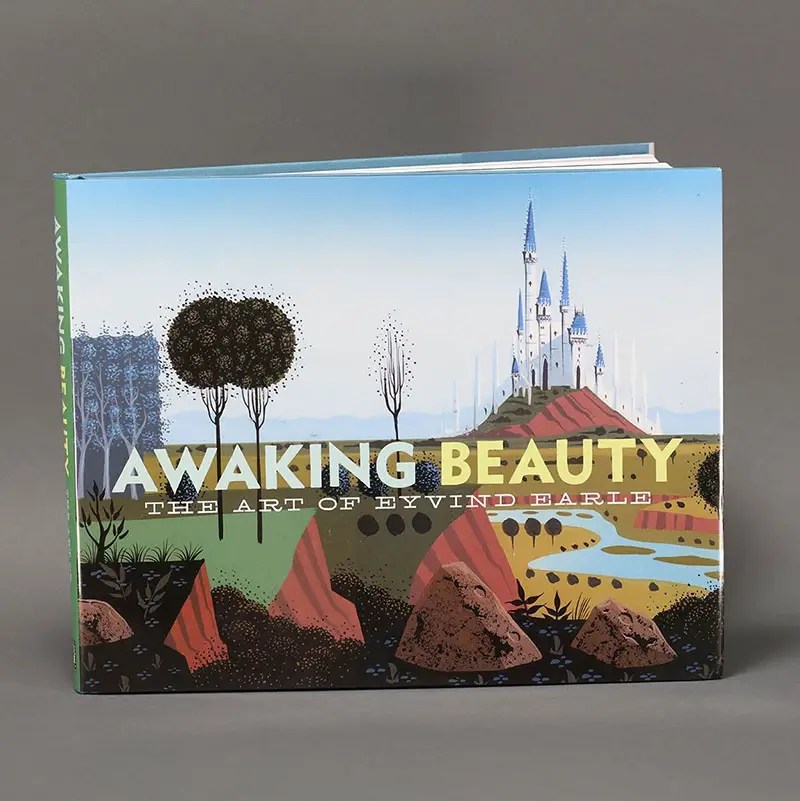 Prada Marfa, A Full Scale Replica of a Prada Boutique In Texas: Art or Advertisement?