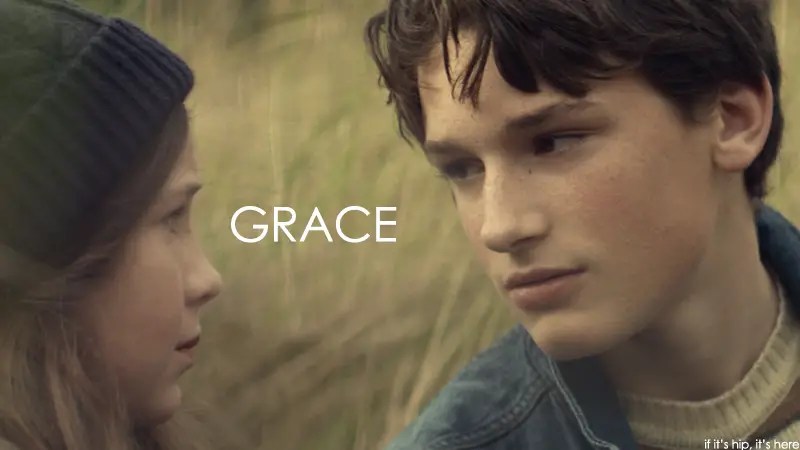 Grace, a short film by Blink, is a truly twisted tale of a first kiss.

Directed by Tomas Mankovsky, this haunting short film, ‘Grace’ was inspired by true events (explained further in the post). The film tells the story of two teens exploring young love. But not everything is what it seems.

The true story of ‘Lipstick Boy’ which inspired the film:

The bodies of two individuals have been found in the Kendal region, 2 weeks after their initial disappearance. John Lee, 52, and son Connor, 14, had not been seen since visiting family on 2nd October. Despite extensive searches of the area, their bodies were not found until 18th October. The two bodies were discovered at the scene of a car crash, in rough terrain near Windermere.

Forensic and post-mortem investigations carried out revealed traces of fresh lipstick on the lips of Connor Lee, who died instantly. Forensic testing indicated that the lipstick, a brand popular with pre-teens, had been applied 10-14 days after the car accident.

Police are treating the deaths as an accident, though currently describe the case as ‘highly unusual’. They are appealing to the general public for any information that may aid the investigation. The cause of the car crash remains inconclusive. There are no survivors from the accident. John and Connor Lee leave behind wife and mother Anne Lee, 46.

The case has yet to be solved.

About Blink:
Blink is an award-winning British commercial production company based in London.

Since its launch in 1985, Blink has become recognised for discovering and fostering new creative talent and launching the careers of many acclaimed directors.

Founded in 1985 by Bob Lawrie and James Studholme as an animation company with an unconventional approach, Blink evolved into a live-action production company in the 1990s.