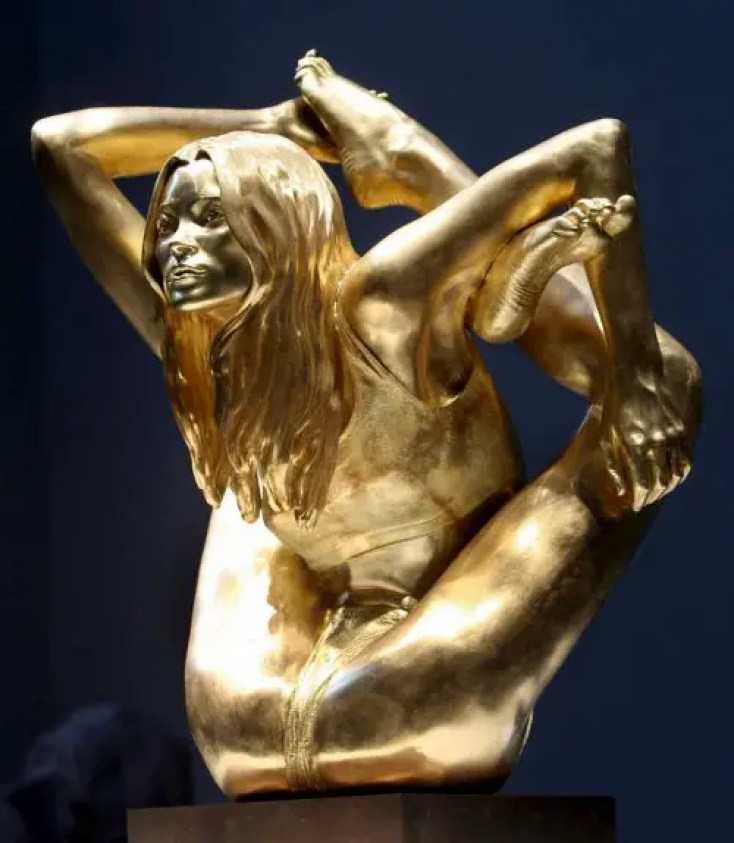 An 18 karat gold sculpture of model Kate Moss in a yoga position is hardly my idea of a worthwhile way to spend approximately 2.75 million US dollars. But that’s the estimated value of artist Marc Quinn‘s latest incarnation of his contorted life-sized Kate Moss figure. 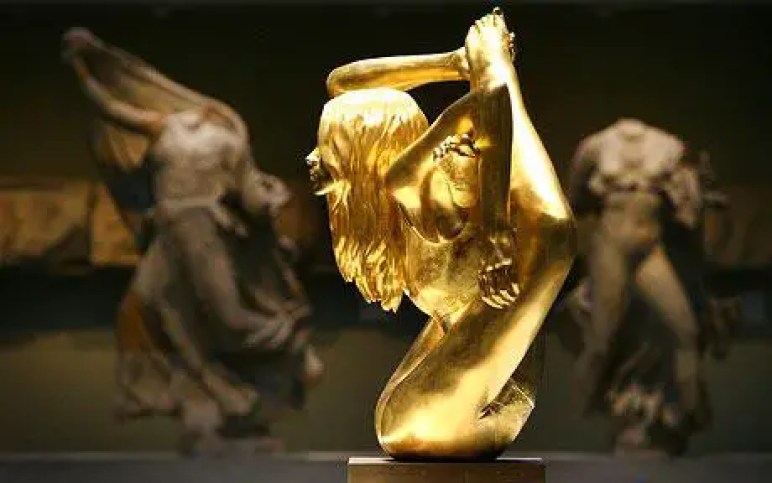 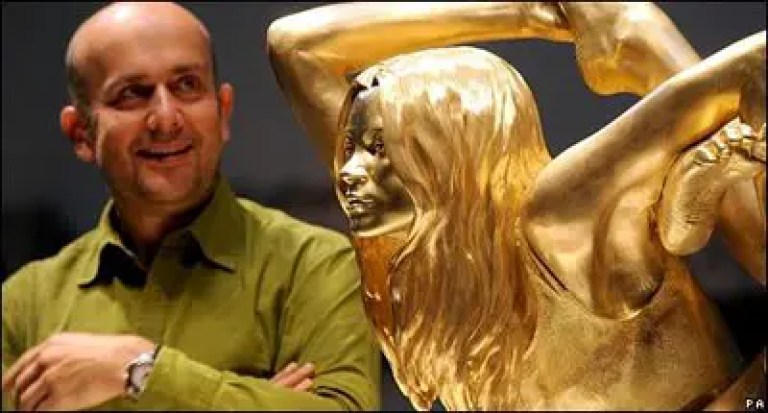 above: Artist Marc Quinn with “Kate” aka Siren.

Unveiled this morning in the British Museum as part of the Statuephilia exhibition, the work, entitled Siren, was created by sculptor Marc Quinn, best known for his sculpture Alison Lapper Pregnant, which stood on the Fourth Plinth in Trafalgar Square. 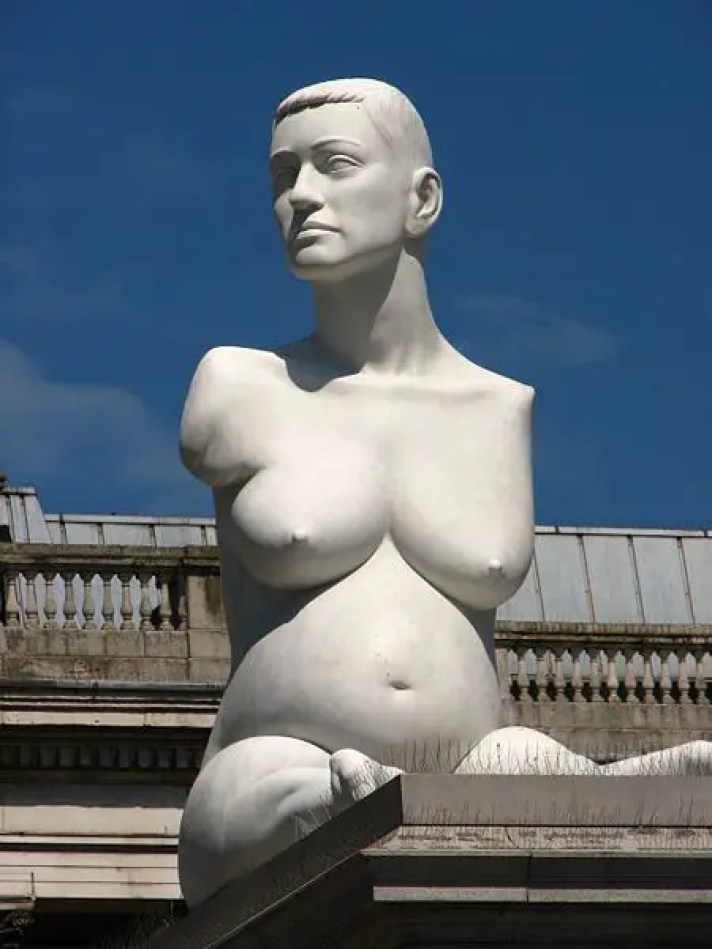 Marc Quinn’s 18k Gold Statue of Kate Moss, described as an “Aphrodite of our times”, now stands in the British Museum’s Nereid Gallery alongside legendary Greek heroines such as the Crouching Venus, a statue of Venus caught bathing. 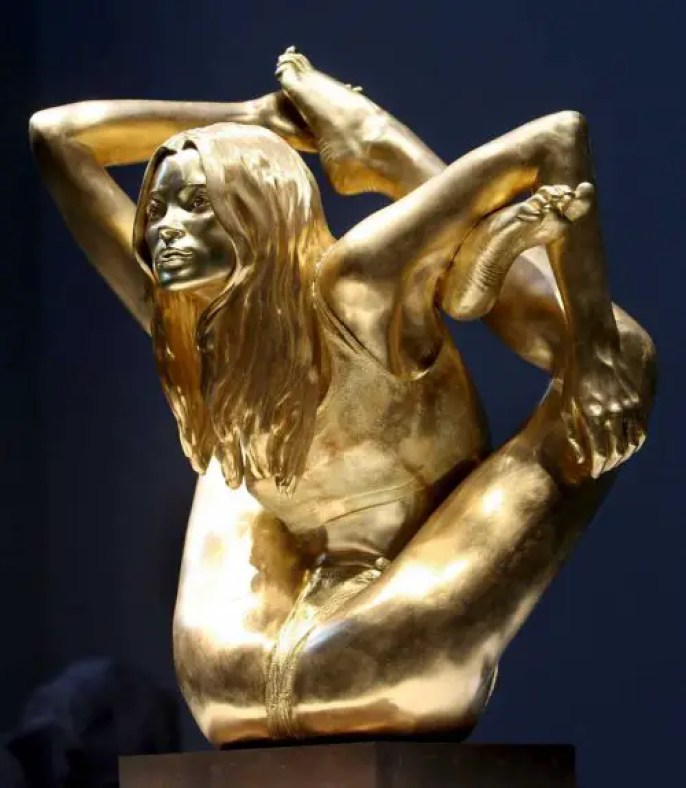 The sculpture, which is hollow, weighs about as much as the supermodel herself according to the artist, and is believed to be the largest gold statue made in the world since Ancient Egyptian times. 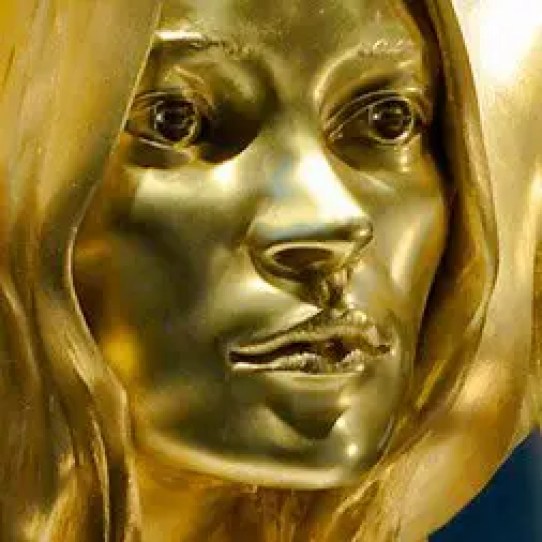 Quinn said of his choice of Moss as a subject: “I thought the next thing to do would be to make a sculpture of the person who’s the ideal beauty of the moment. ”

This isn’t the first time Marc Quinn has used the iconic model in his work. He originally cast Kate in white-washed bronze in 2005 and called it Sphinx. The golden Kate, who stands in a yoga position, is not alone in the exhibition in the British Museum. She has 200 Damien Hirst skulls for company, which commandeer the historic wall cases of the Enlightenment Gallery (shown below). above: Damien Hirst’s “Cornucopia” and a Noble and Webster work, sculpted entirely from mummified animal parts.

above: Anthony Gormley’s Case for an Angel I, the precursor to his celebrated winged sculpture, iconic Angel of the North, fills the front hall of the museum.

Whatshisname Comes Out With A Pooping Balloon Dog