` Glow-In-The-Dark Sushi from Bompas and Parr - If It's Hip, It's Here
Skip to content 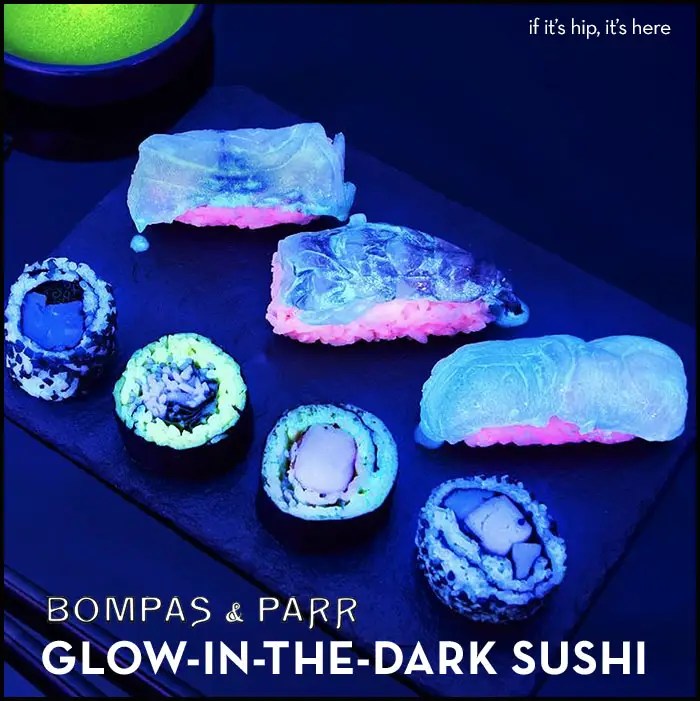 Bompas and Parr refer to themselves as “An experience design and creative studio of artists, architects, chefs, designers and strategists.” For the 5th annual Mother of The Nation Festival, a cavalcade of food, music and inspiration organized by Abu Dhabi’s Department of Culture and Tourism (DCT), Bompas and Parr presented their latest culinary innovation – Glow-in-the-dark Sushi. 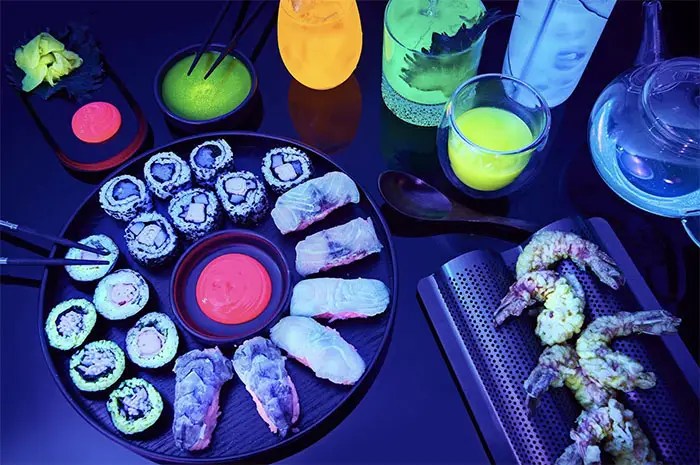 The captivating Glow-in-the-dark Sushi was showcased at the festival which is designed to be a full-blown entertainment destination showcasing global and local culture and hospitality, an array of mouth-watering dishes, and the creative works of various international and regional artists. 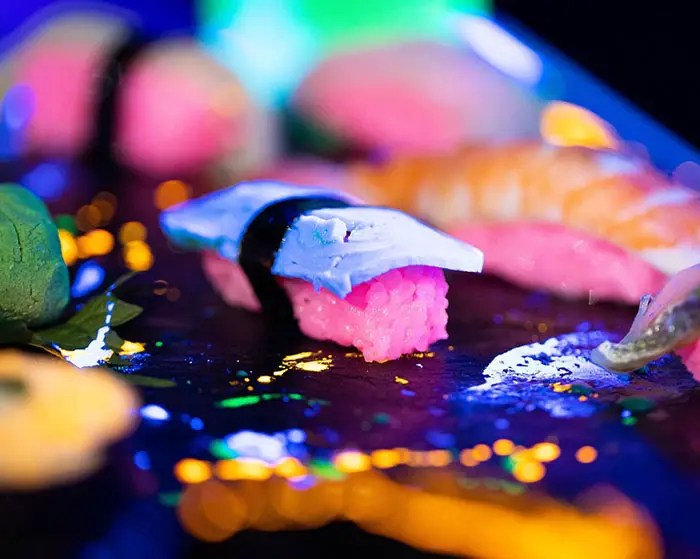 Presented in a temporary Glow Sushi Bar bathed in ultra violet light, everything from the cocktails to the wasabi gave off a neon glow. 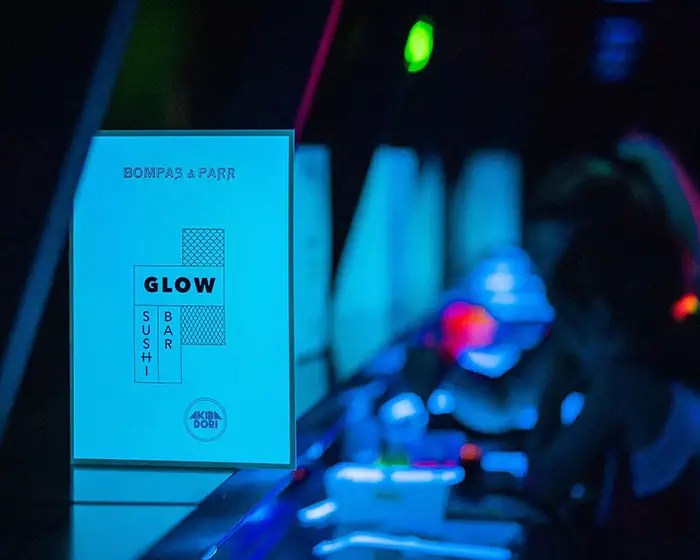 An innovation perfected in the Bompas & Parr studio’s development kitchen, the neon-illuminated sushi is made by using minerals that emit colors when seen under ultra-violet lighting. Bompas and Parr describe the process as follows:
About fifteen percent of all minerals are capable of emitting vivid colours when subjected to an ultraviolet lamp. These minerals are usually common, colourless grey stones in the daylight. The appearance of brilliant colours under ultraviolet light is quite dramatic. This amazing phenomenon occurs through an atomic movement called ‘electron displacement’. Invisible ultraviolet energy enters certain atoms of the minerals, causing electrons to move to higher orbits. Upon their return to their normal orbit, visible light in lurid colours is given off by the minerals themselves. This is what you will see at the end of your chopsticks. The unique dining experience endeavored to bring the wider themes of entertainment and indulgence together in the best spirit of food, community and creativity. About Bompas & Parr
Sam Bompas and Harry Parr first came to prominence through their expertise in jelly-making, but the business rapidly grew into a fully fledged creative studio offering food and drink design, brand consultancy and immersive experiences across a diverse number of industries.