` Mid-Century Modern Gifts - If It's Hip, It's Here
Skip to content Wondering what to get the Mid-Century Modern Design Lover for the holidays? You still have time! Here are 20+ terrific options that any enthusiast of the genre would appreciate. From stocking stuffers to home decor, these iconic pieces by the likes of George Nelson, Alexander Girard, Charles and Ray Eames, Kay Bojensen and more range in price and size. Everyone loves the Vitra miniatures, but no one likes the prices.

REAC Japan’s Designers Miniature Chairs are immensely less expensive than the highly desirable miniatures by Vitra. Made of plastic, they are easily broken (I own several) so they are not to be played with as toys, but instead to display. 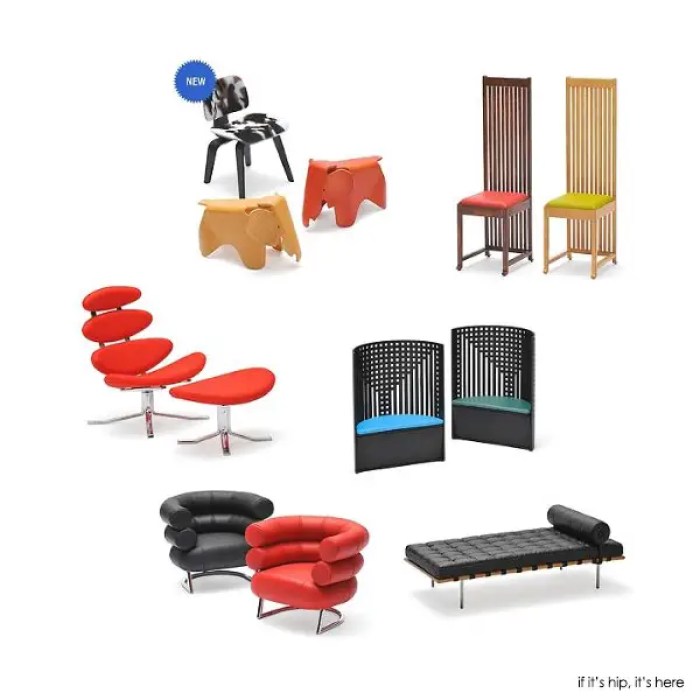 You can find several of them sold individually from the companies many editions here or buy a set like the one shown above.
buy the Designers Miniature Chair Vol.6 (1/12 Scale); Set The simple black bird was carved by Edna Perdew around 1910 became a highly sought-after model in the 1950s, when it was popularized by Charles and Ray Eames, who acquired one on their travels in the Appalachian mountains. The wooden bird became a center piece of the Eames living room and soon started to make an appearance in many of their product photo-shoots. It can even be seen in a 1952 cover of the Architectural Review, a solid shape among a grid created by Eames chairs. Vitra has recently started reproducing them by creating 3D scans of the original. However, unlike Perdew’s versions, which were mostly carved out of pine, the Vitra version is made of solid alder with a black lacquer finish and steel wire legs. Its reappearance has brought the little black bird back to many mid-century inspired homes, where it often perches on top of furniture, elegant and unobtrusive at the same time.
buy it here 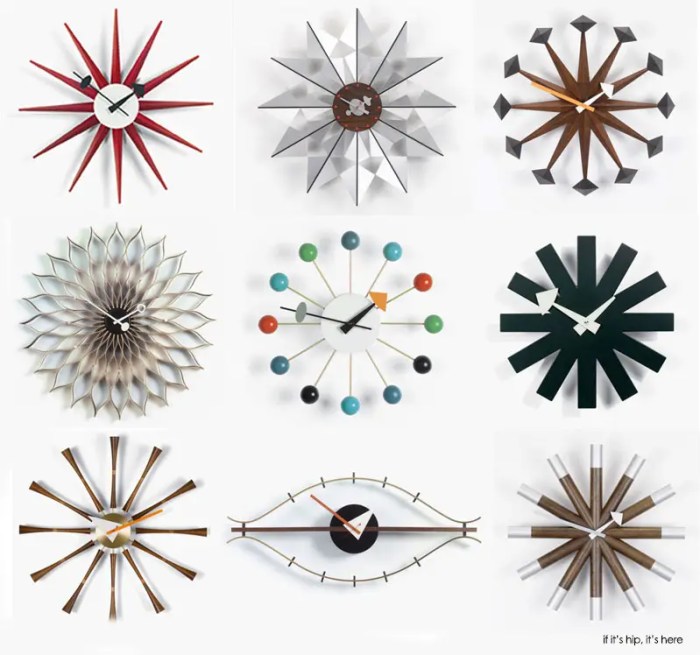 What Mid Century Design enthusiast doesn’t love the George Nelson wall clocks? The original clocks designed from 1948-1960 have been reproduced by Vitra. The Sunburst, Star, Spindle, Asterisk, Ball and Eye clocks are almost mandatory additions to the Mid Century home. While there are cheaper knockoffs, these should last a lifetime.
Shop for Vitra George Nelson Wall Clocks here 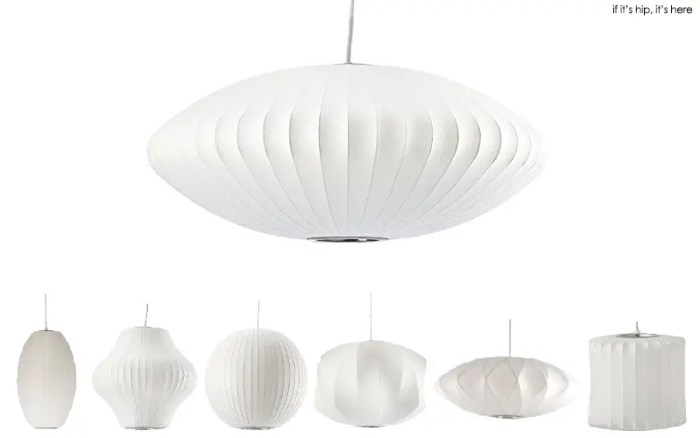 Both Nelson Lamps and Modernica continue to produce the series of George Nelson’s Bubble lamps and sells the legendary Saucer, Criss, Cross, Cigar, Apple, Pear and Ball lamps in various sizes.
Shop for them here 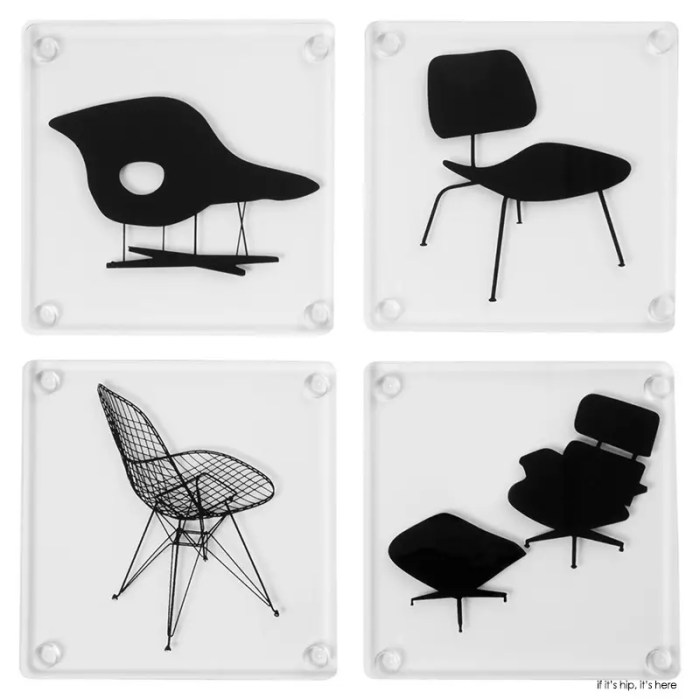 Four clear acrylic coasters each display a different Eames chair and have rubber feet to protect your surfaces.
Buy them here 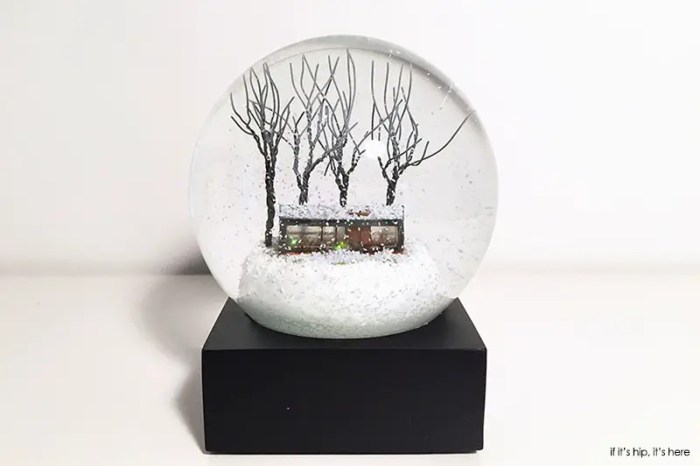 Custom made for the Glass House Design Store, it’s a glass dome with gently falling snow on the small reproduction of Philip Johnson‘s Glasshouse. Base measures 5″ square. A Blue version has been released this fall. Two more colored versions are said to be coming. 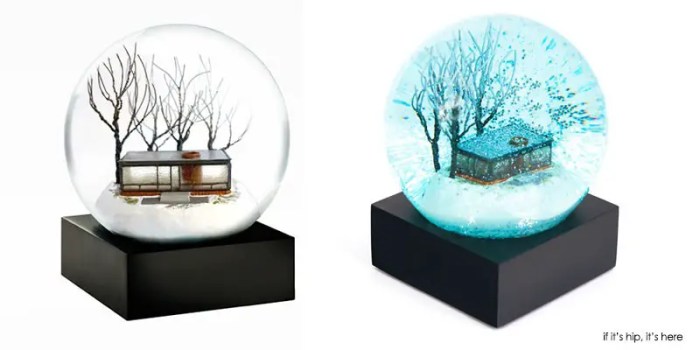 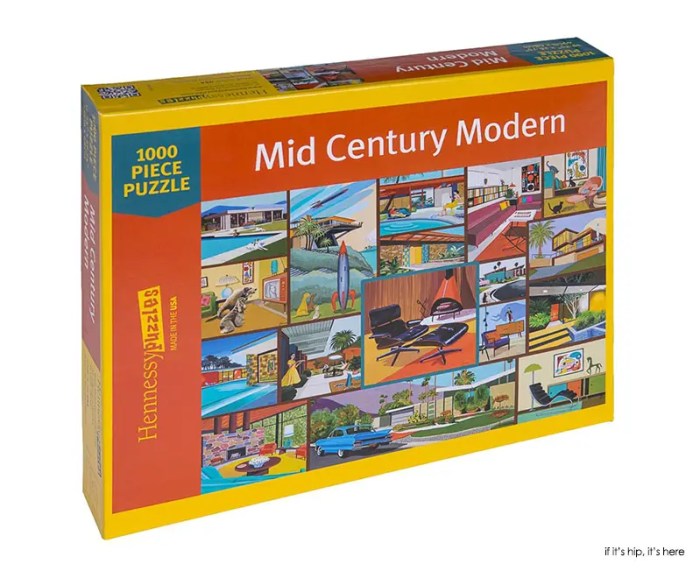 Other wonderful Mid-Century Modern design puzzles include the Christmas and Vintage Trailers shown below. Shop for all the Hennessey Puzzles here At 24 x 36 inches, this jigsaw puzzle is made up of 24 jumbo-sized pieces that create Girard’s Eden.
Buy it here 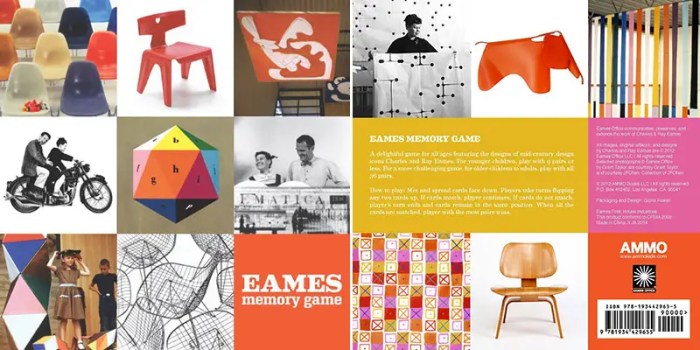 The Eames Memory Game features the iconic designs of Charles and Ray Eames. For younger children, play with nine pairs or fewer. For a more challenging game, geared toward older children and adults, play with all 36 pairs.
buy it here 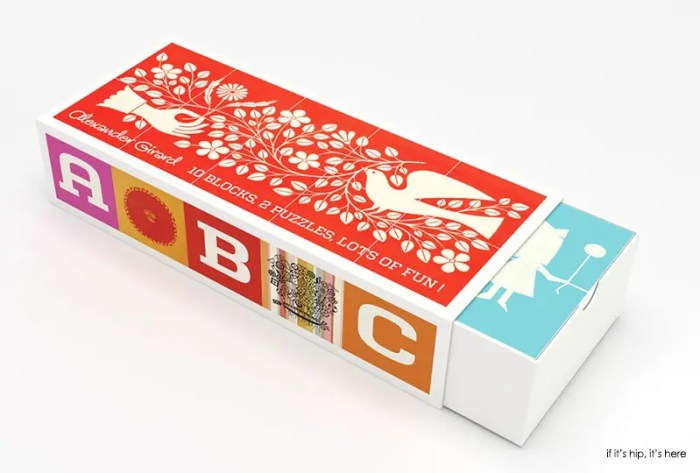 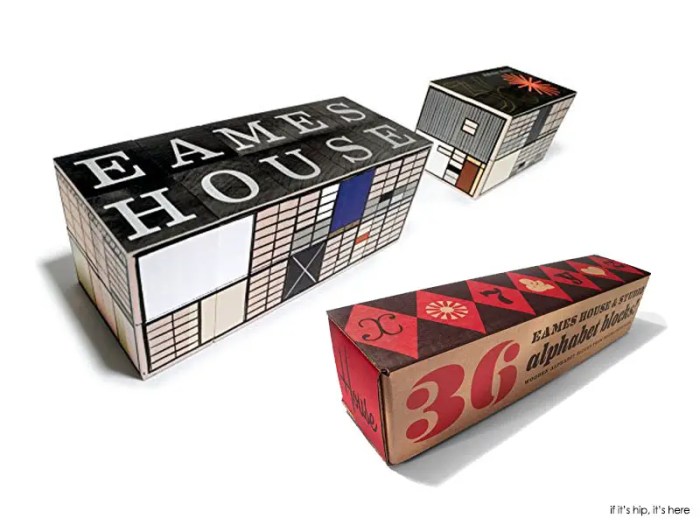 The Uncle Goose blocks are made of sustainable harvested basswood in Michigan and are printed with non-toxic, lead-free child safe inks.
Buy them here 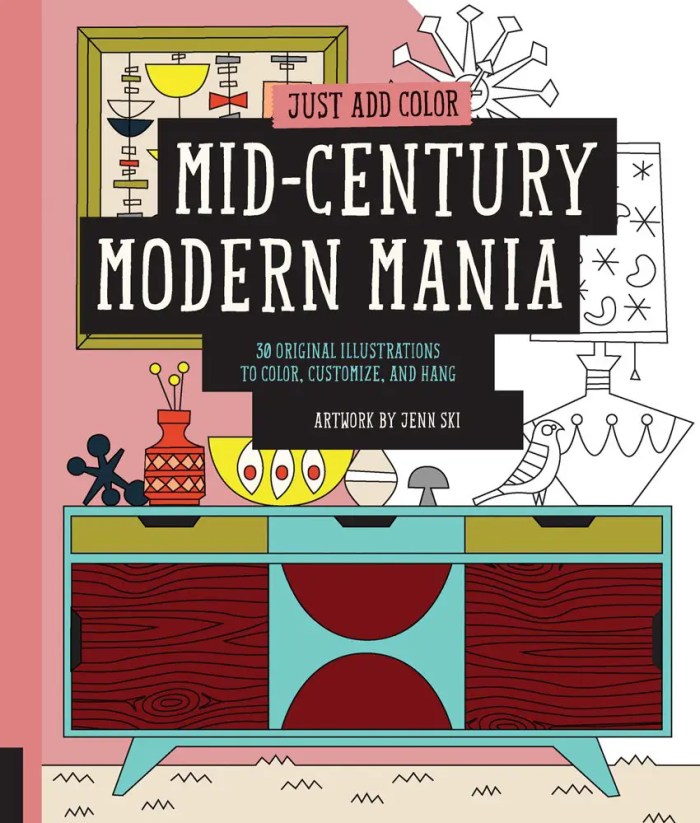 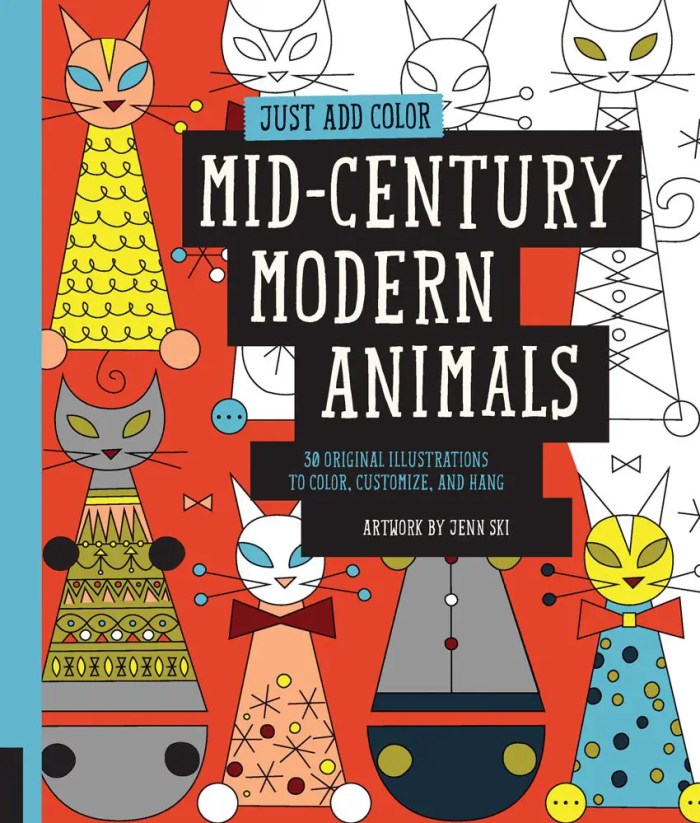 Because It’s Out There. More Fun Finds.