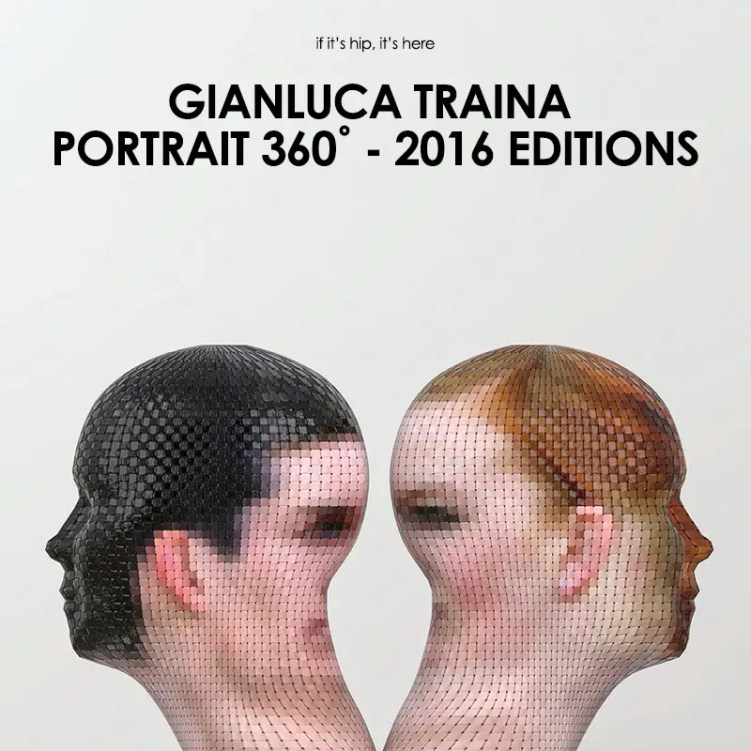 PORTRAIT 360˚ 2016 Edition by artist Gianluca Traina is a series of three dimensional portraits of people using a system developed by the artist through the use of two-dimensional materials.

Attracted by the beauty of Byzantine mosaics and starting from the concept of warp and weft, Traina developed a curious and innovative way to represent the human head. Putting two-dimensional materials, such as paper and pvc, through an elaborate system of digitization and then weaving, he created Portrait 360˚, three-dimensional portraits of human heads. The process allows for the hair and features to be placed anywhere on the head creating compelling distortions of the human face.

With this synthesis between digital imagery and craftsmanship, the artist hopes to engage the viewer and alter their perception based on sensory experience and cultural contrasts.

Traina exhibited Portrait 360° for the first time at 2012 Art Basel Miami with Robert Fontaine Gallery at the art fair SCOPE. Since then he established a partnership with the gallery that continues today. These images include his new 2016 editions. 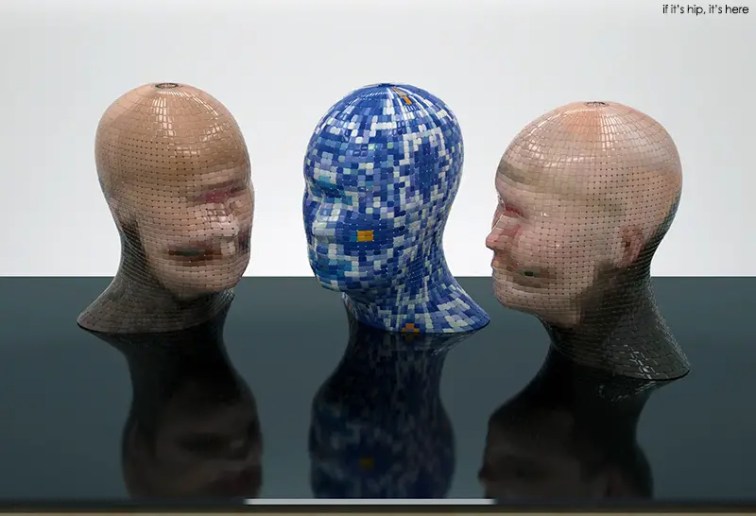 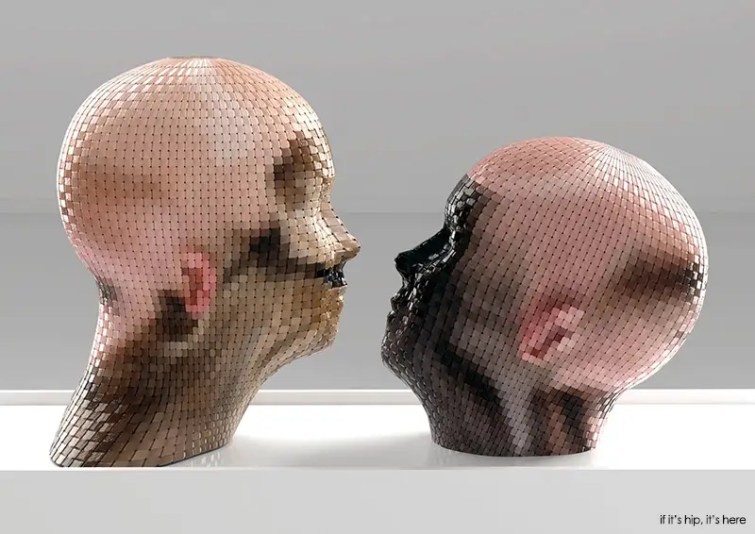 All artworks are available at Robert Fontaine Gallery, Miami (USA)