` All About The Apple iPhone SE -features, specs, pics and prices
Skip to content As the major smartphone manufacturers continue to enlarge their phones, Apple zigs when others zag. Their newest,  the Apple iPhone SE,  has been reduced in size back to the exact dimensions of the iPhone 5 (and actually weighs a gram more), but now with a 4″ retina screen and other technological goodies.

All About The Apple iPhone SE

At first glance, its repositioned power button, squared off sides and small size make the newest Apple iPhone seems as though it has gone backwards toward the 5. But technologically it has done nothing but move forwards. 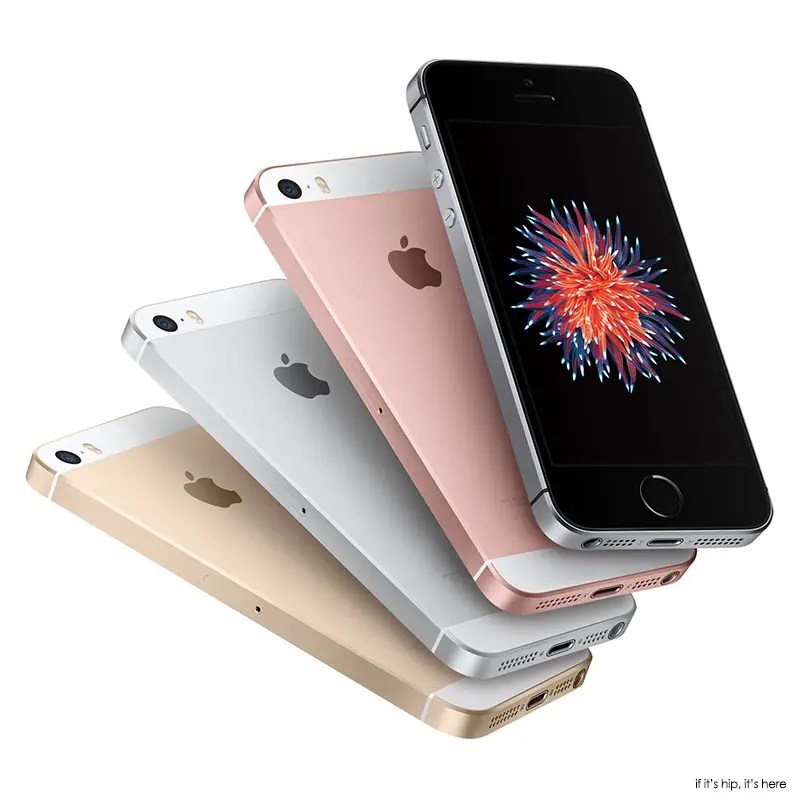 The power button has moved back to the top of the iPhone and the sides are flattened once again. A bonus for those of us who found the contoured edge too slippery and ended up with shattered screens. The iPhone SE has bead-blasted aluminum for a satin-like finish and matte-chamfered edges with a color-matched stainless steel logo. 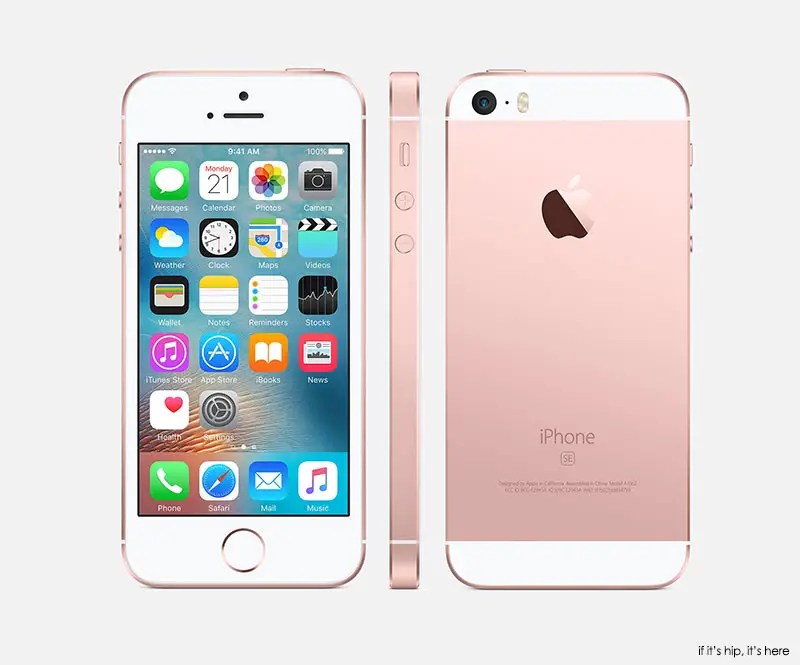 It is available in gold, silver, rose and space grey.  There is white framing of the 4″ retina screen on the face of the phone and at the top and bottom of the backside on all colors except the Space Grey which has black. 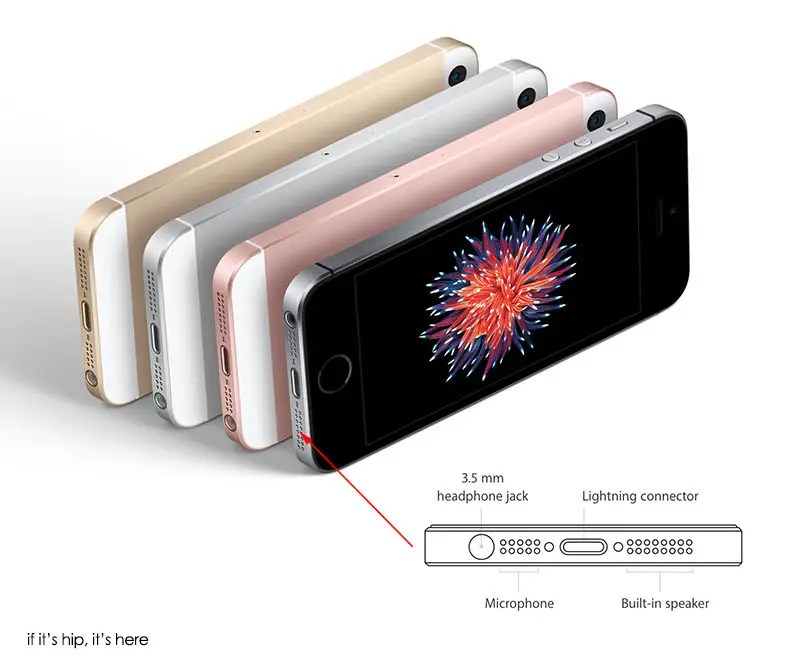 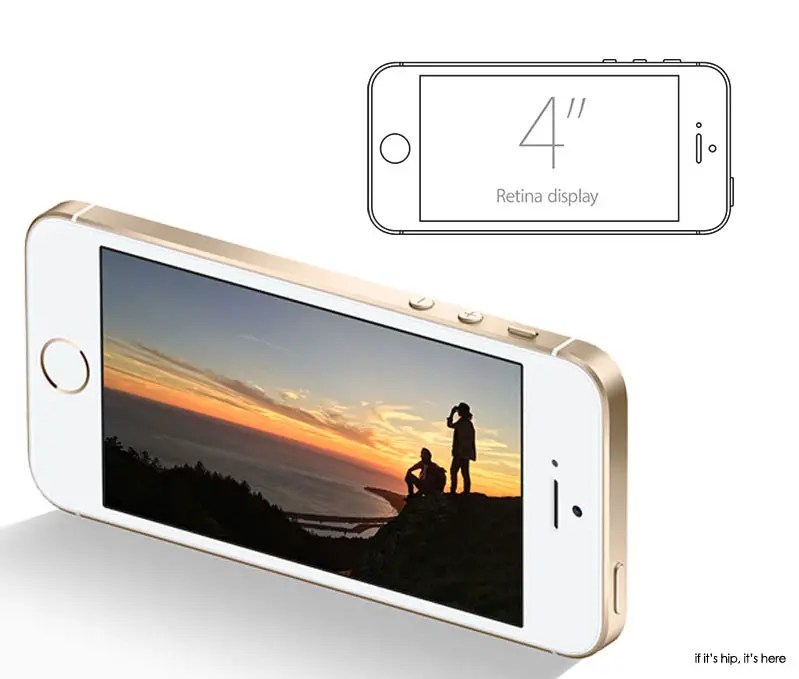 The Size:
The dimensions of the SE are the same as the iPhone 5 and it weighs 113 grams, one more gram than the iPhone 5 did. Processor and Speed:
The A9 chip (the same advanced chip used in iPhone 6s) gives it a 2X faster CPU performance and a 3x faster GPU performance than that of the iPhone 5s. Embedded in the chip is a super-efficient M9 motion coprocessor that connects to the accelerometer, compass, and gyroscope for a range of ﬁtness tracking capabilities, such as measuring your steps and distance. It also makes it easy to activate Siri by simply saying “Hey Siri,” without having to pick up your iPhone. 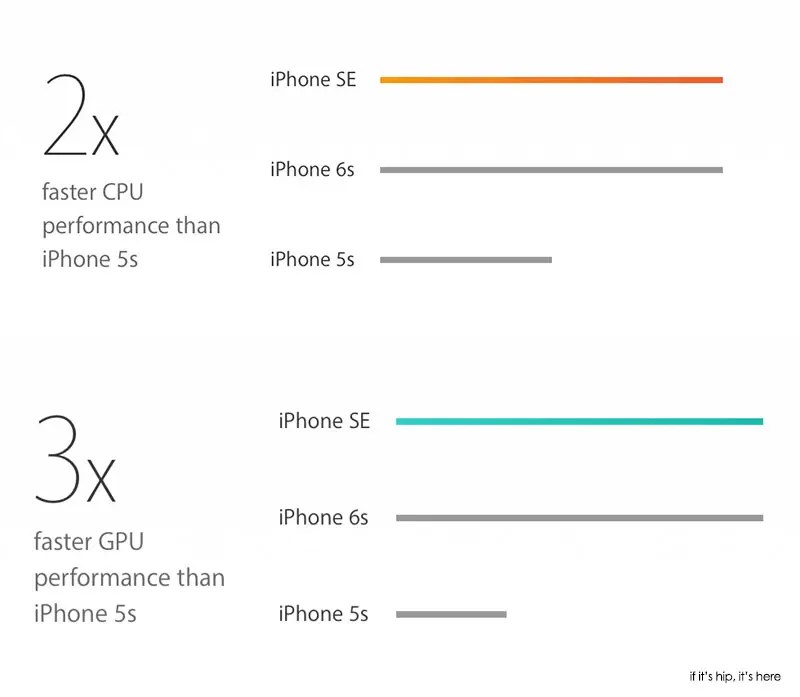 Using the internet:
The 802.11ac Wi-Fi and LTE make it faster for browsing, downloading and streaming and more LTE bands make the iPhone SE better for worldwide roaming. 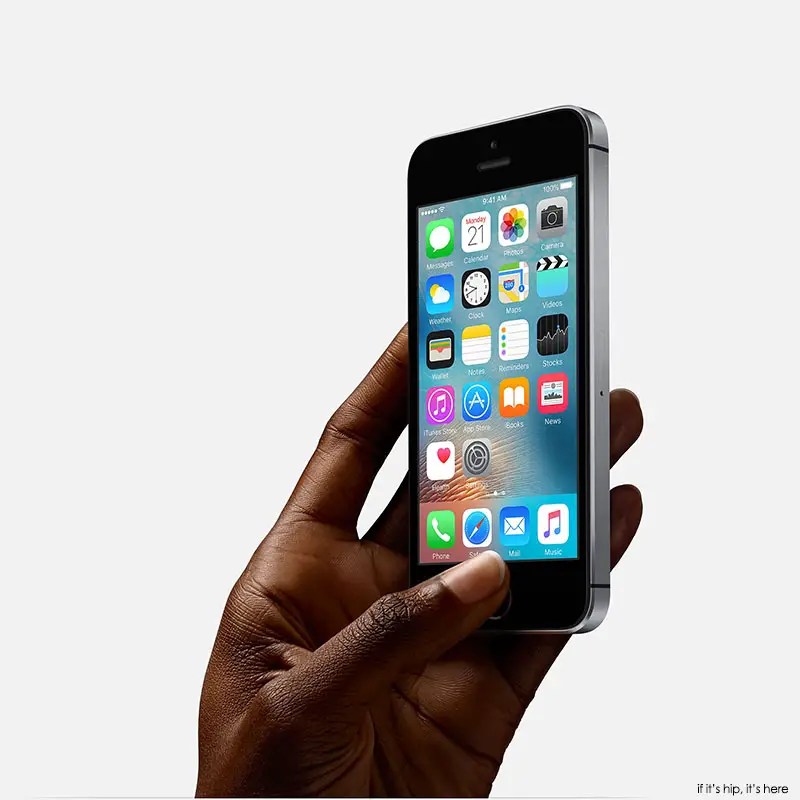 Taking Photos and Videos:
The 12‑megapixel iSight camera includes 4K video, which is up to four times the resolution of 1080p HD video. And the FaceTime HD camera now has a Retina Flash that helps illuminate your selfies in low light and at night. A True Tone flash matches the ambient light for more true-to-life colors and natural-looking skin tones. Security:
It still has Touch ID for both unlocking your phone and for use with Apple Pay. 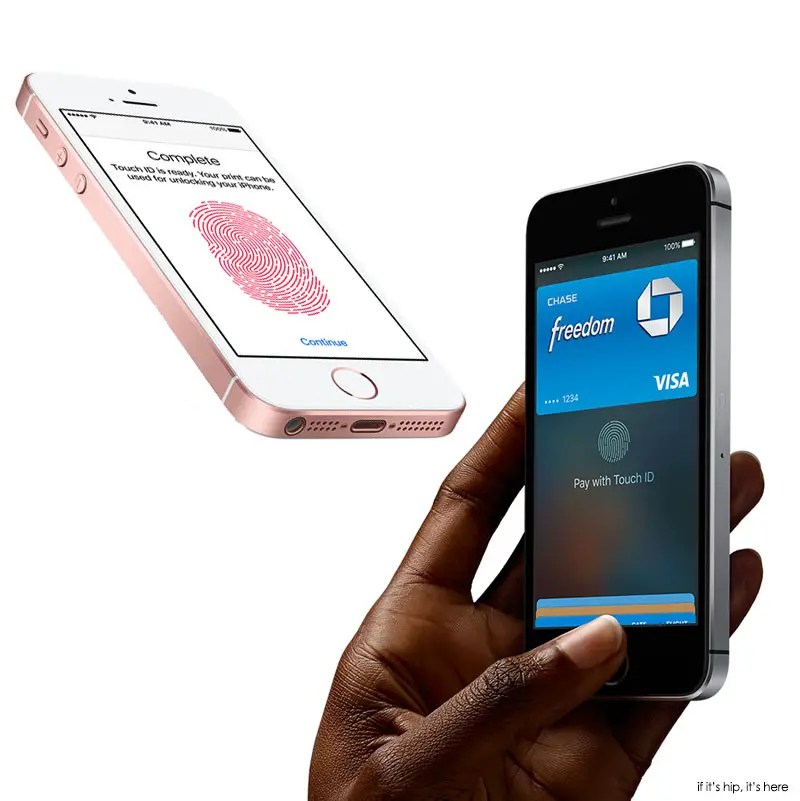 Operating System, Apps and Accessories:
The iPhone SE is loaded with iOS 9, the most advanced mobile operating system to date and it comes with a collection of essential apps, Apple Earphones with Remote and Mic, Lightning to USB Cable and a USB Power Adapter. "Beets" Headphones by OrigAudio Are Both Funny and Serious.

Record Player Made Minimal By Miniot