Years ago we were so impressed with the opening title sequence of HBO’s Game of Thrones, we wrote an in-depth article about how it was done. Then we were wowed by the opening when it was recreated in paper by Moleskine here and again as if it had been reimagined by designer Saul Bass here and now… now it’s been recreated with just under 3,000 Oreo Cookies!

Game of Thrones and Oreo From Westeros to the Winterfell, this deliciously delightful promotional collaboration brings us special Game of Thrones embossed Oreo cookies and a jaw-dropping animated video you’ll find yourself wanting to watch over and over again.

As GOT (Game of Thrones) enters its final season, the tie-ins, goodies and games are popping up everywhere. From all the FunKo GoT Vinyls to GoT Board Games and GoT Books, everyone’s jumping on the Iron Throne. And Oreo is the latest. 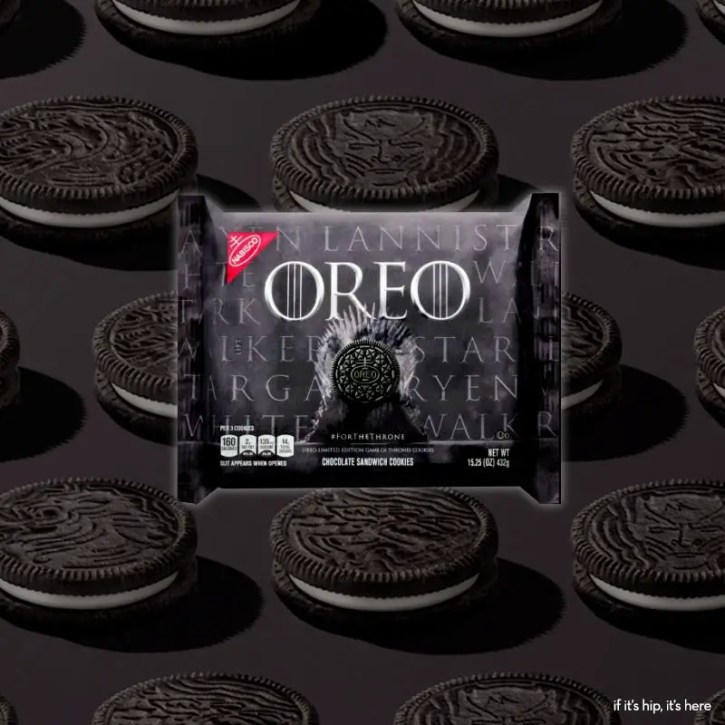 Not only have they come out with specially GoT-embossed chocolate and cream cookie sandwiches and packaging, but they have actually recreated the entire epic opening scene to the popular fantasy drama with cookies. 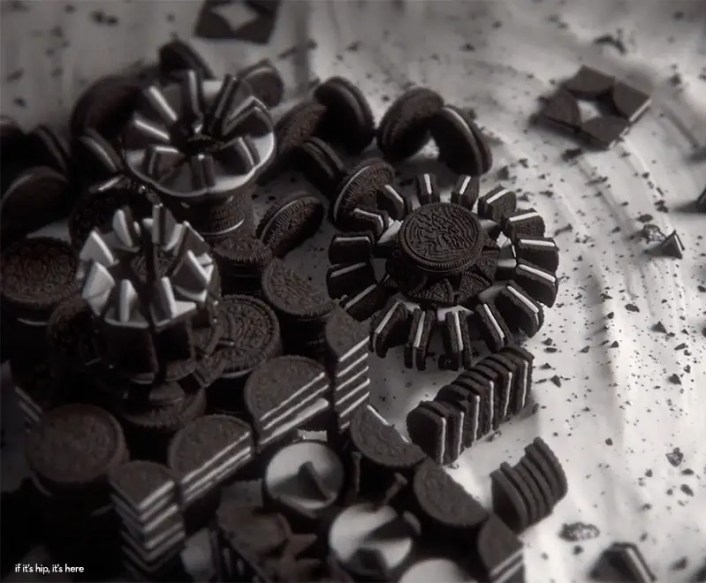 The video (shown below) for HBO and Oreo was made by Andy Hall and Kirk Shintani of Elastic, and used a total of 2,750 cookies to recreate the epic Opening title sequence for HBO’s Game of Thrones.

We even created a special curated list on Amazon of the best Game of Thrones merch for the final season. And we have an enormous Pinterest board of  GoT Goodies.

The limited edition Oreo “Game of Thrones” cookies are available nationwide for a limited time starting April 8 while supplies last. 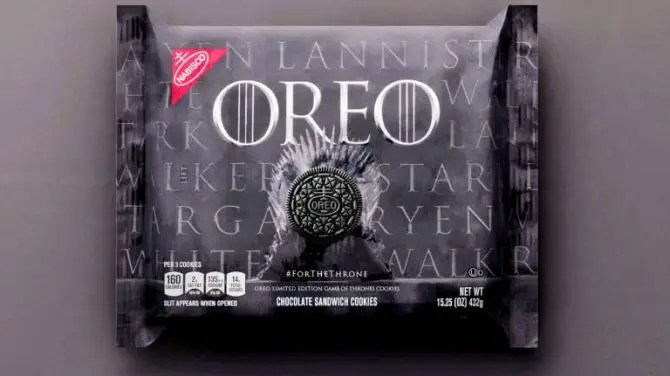 Like Moths To A Flame. Butterfly Lamps by Ingo Maurer with Insects by Graham Owen.